We’ve seen a lot of interesting things put on a pizza but when it comes to fruit, pineapple has been the ruler for a number of years. It seems as if Kiwi is now on the horizon, with one Danish restaurant doing something interesting with a pizza pie.

Reddit user re1313 uploaded a picture that shows the pizza with Kiwi, cheese, ham slices and a tomato base.

I’m sure that the pizza debate is going to continue to rage for many years but this creation seems just unusual enough to be popular. Social media started reacting immediately, with many users thinking it was a horrible idea.

One person wrote on Reddit: “This makes me unreasonably angry.” 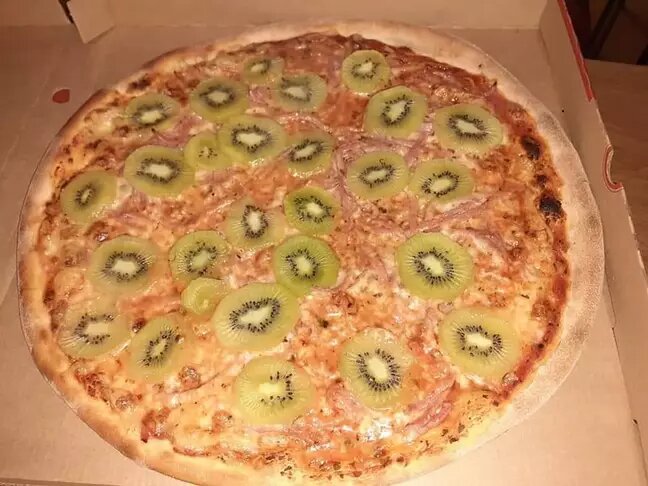 Another added: “This is the slippery slope that permitting pineapple has resulted in.”

There were some people who didn’t have as big of an issue with Kiwi on pizza.

A user said: “I actually see this working with the right other ingredients. Kiwi has a similar flavor profile as pineapple.”

Another said: “I don’t think it would taste great. But do you know what? I’d give it a try. Pineapple on pizza gets a lot of crap and I actually quite like it.”

Pizza Afrikana is another option being offered in Sweden at a number of restaurants. The toppings on that pizza include banana, mushrooms, peanuts, and curry powder. I guess now we’ve heard of everything.

It seems as if those restaurant owners in Sweden really didn’t have a predisposition to using traditional toppings on a pizza. They just put on whatever they wanted.

This would include pizza with duck on it, known as Pizza a la Duck. It might be okay, but you have to remember that it also has black currants, mushrooms, and honey. 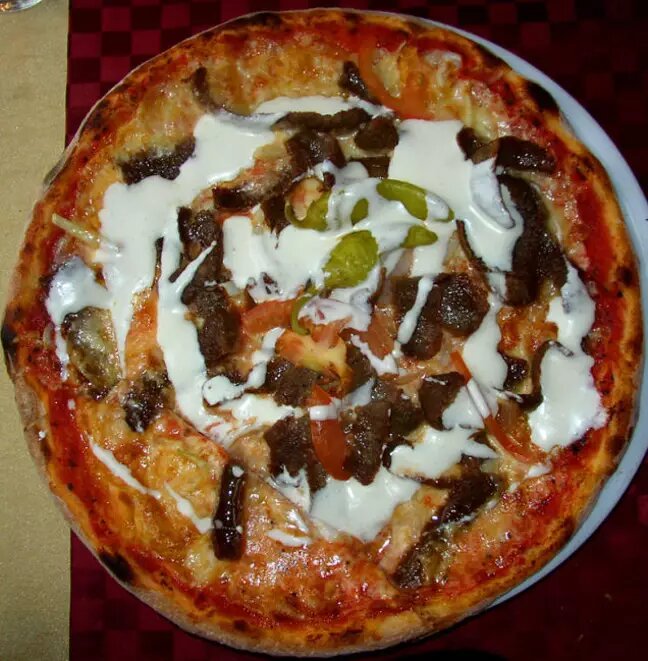 If you really want to try some mind-blowing pizza, have the Scandinavia and you might never look back again.