Kit Kat Will Be Releasing A New Flavor This Holiday Season

Even though we haven’t made it through Halloween yet, there is already a flood of holiday-themed candy headed out way. The latest buzz on the candy front may actually be hitting stores in November, but it already sounds like something that we desperately will want: Sweet Cinnamon Kit Kats. They will be available nationwide at major retailers, and they definitely are giving a festive change to the iconic and much-loved candy. They are going to be available as Kit Kat Miniatures and will be sold in 9-ounce bags at around $3.49.

According to Kit Kat, the new flavor consists of “crisp wafers in sweet cinnamon flavored milk chocolate,” so it’ll be relatively similar to the original. There’s been a fair amount of anticipation for the new holiday candy release. And those who love a subtle hint of cinnamon in their chocolate will definitely be appreciating the newest Kit Kat. So if you’re a fan of the anything pumpkin-spiced or the Starbucks Cinnamon Dolce then it seems this would be your holiday candy of choice. I myself am looking forward to begging my parents to include some in their next care package to me so I can enjoy some with a nice cup of coffee on a winter’s evening tucked under my blanket.

Of course, everyone is going to have to wait until November 2019 to indulge in these treats. But there is some good news, there are plenty of other holiday desserts already out that can keep you happy while you wait. For example, Walmart’s holiday desserts have already made their way onto shelves, and they include treats such as Peppermint Creme Pie, Egg Nog Ice Cream, and Peppermint Ice Cream. 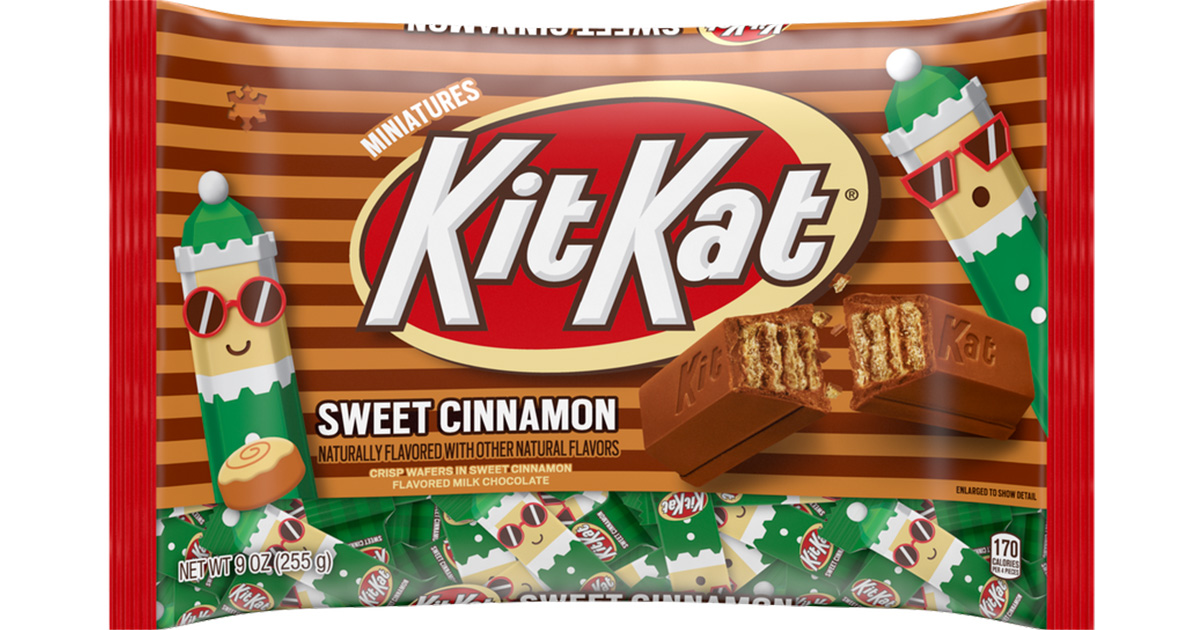 Snickers have also thrown their hat into the ring with a decadent fall flavor with sounds divine: Snickers Pecan. They switched out the peanuts for pecans. The very yummy-sounding desert is only available for an extremely limited time, and you can only buy it through the Snickers Pecan website in packs of 30, so you better move quickly.

But if you’re someone who is barely getting a handle on the holiday dessert bombardment, there are still plenty of autumn things to enjoy. In fact, Trader Joe’s is barely getting in on the pumpkin season that’s been going on now for the past two months.

Plus, all of Starbucks’ pumpkin drinks, including the <Pumpkin Cream Cold Brew, are all still going to be strong through October. So whatever your tastes are, there is a perfect dessert option out there for you to indulge in. And definitely keep an eye out for the Sweet Cinnamon Kit Kat Miniatures – they will also be around for a limited time only as well.