Most composers typically like to handwrite their sheet music. However, over the years there have been all kinds of machines that were invented to print music. The coolest one of these devices is probably the Keaton Music Typewriter. It was first patented back in 1936, but it certainly doesn’t look at all like a normal typewriter. Its inventor was Robert H. Keaton from San Francisco. And I’m sure he would be happy to know that his machine is now somewhat of a rare collector’s item.

Typewriter for writing music? WHY NOT. pic.twitter.com/hcVi5F7YNG

Its original patent was for 14-key typewriter, however it was later upgraded to 33 keys as an improvement for the 1953 patent. Back in the 1950s when it was marketed, the typewriter sold for about $255.

It had a very distinct look, thanks to a circular keyboard. While creating his design, Keaton aimed to create something that could print characters precisely on a line, therefore indicating exactly where the next character would go in order to ensure accuracy. The interesting keyboard arrangement arose from a desire to separate two types of characters. 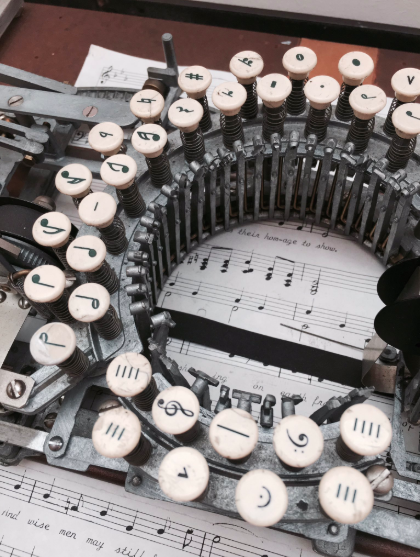 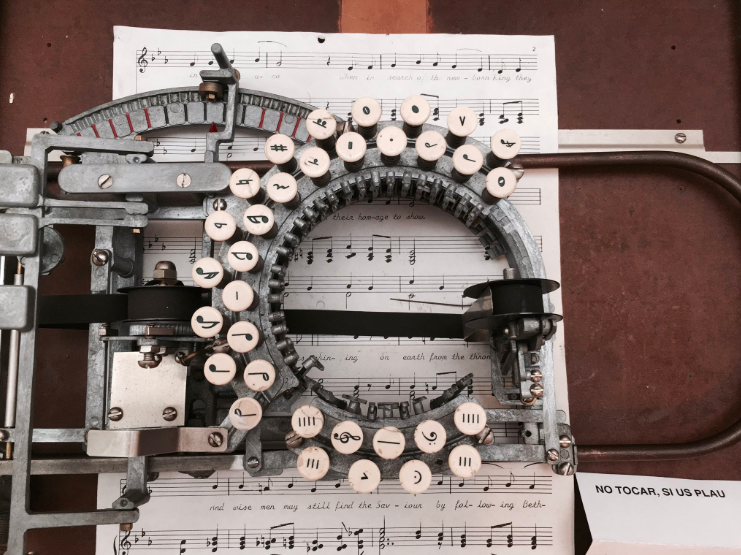 It’s an interesting arrangement which gives the distinctive look to the Keaton Music Typewriter. In terms of engineering, where the characters and notes fall on the page are all easily controlled by a curved meter on the left that Keaton called the Scale Shift Handle and Scale Shift Indicator. In order to adjust the typewriter 1/24 inch in either direction on the page, the handle must be moved up or down a notch. Moving the notch up or down will cause the characters to fall one musical step in either direction.

Keaton included a long needle beside the ribbon in order to ensure musicians could see clearly where they were about to print – covering all his bases and leaving nothing to chance. Strangely enough, the two keyboards work differently to the Scale Shift Handle. The larger keyboard moves freely with the notes, scales, sharps, and it works in tandem with the Scale Shift Handle. The smaller keyboard stays in place and has the bar lines and ledger lines since these are characters that are always stationary with respect to the staff lines. 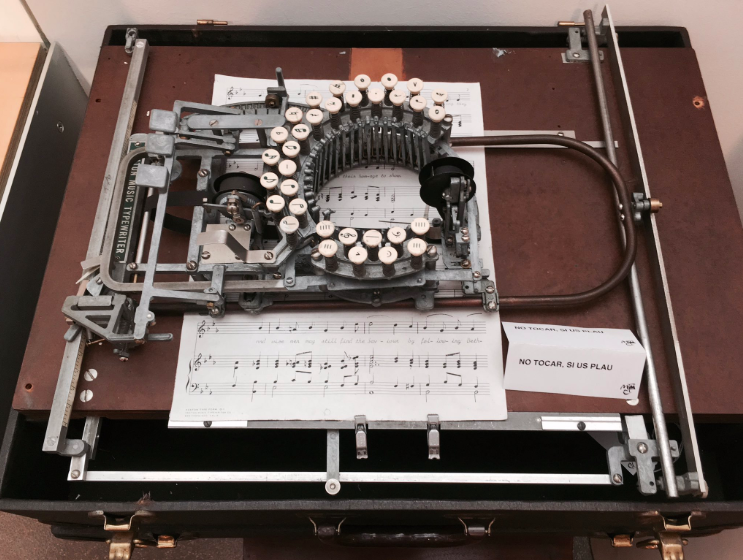 Since the product is very niche, it’s unknown if it was met as a big commercial success. However, nowadays, the Keaton Music Typewriter has become a sought-after collectible and sometimes turns up on eBay and other online auction sites. The incredible design of the item evokes a certain nostalgia for those who prefer the pre-digital era.