In the hills of western Georgia, in the Imereti region, near the town of Chiatura, there is an unusual limestone pillar sticking 130 feet up into the air. In ancient times when the area was predominantly pagan, the pillar was regarded as a symbol of the god of fertility. These days, however, the area has a much different purpose as a monastery for the Orthodox Church of Georgia. 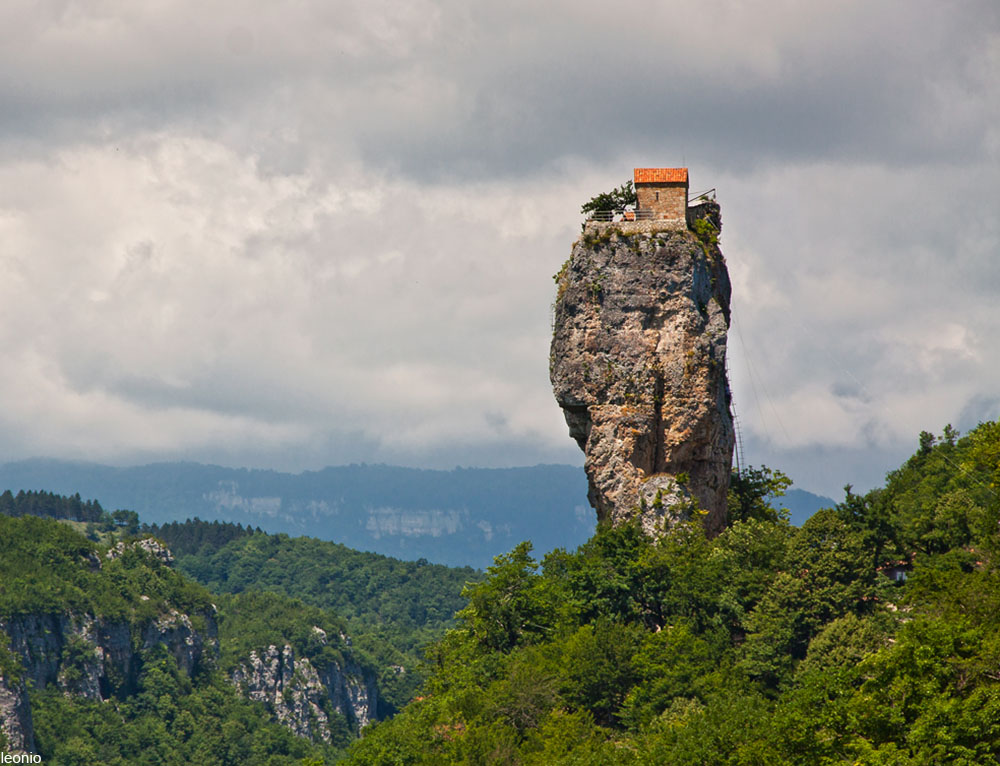 The Katskhi pillar was vacant for centuries before remnants of a church were found in 1944. Between the 1400s and World War II, the pillar was abandoned. However, there was time between the 4th and 15th centuries when those who wished to pray in seclusion could come to the pillar and largely escape their fellow man. Studies of the ruins atop the monolith undertaken in the early 2000s dated them to around the 9th or 10th centuries. 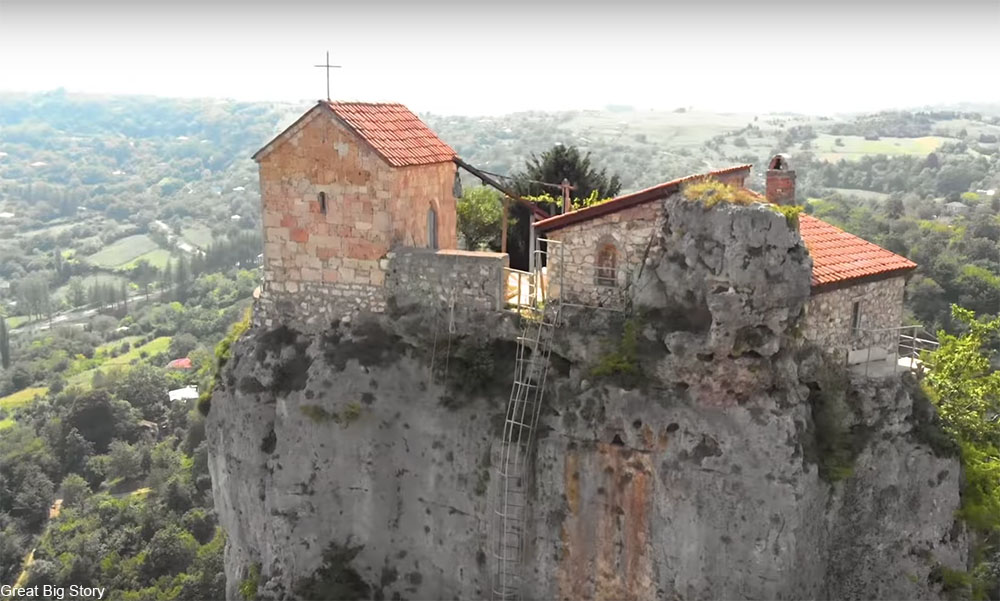 Construction to build a chapel and dwellings atop the pillar began in the mid-1990s, however no one has lived on top of the pillar since 2014. Instead, the secluded Orthodox monks live at the base of the pillar, which is still fairly isolated (minus some adventurous tourists that is).

See the breathtaking splendor of this unusual monastery in the video below.