The Incredibly Sad Story of Jumbo, the Most Famous Elephant of the 19th Century

In what is a sad tale, Jumbo the African elephant was less than two years old when his mother was killed in 1861 (near the Ethiopian/ Sudanese border) and he was shipped off to Europe to the be put on display. Jumbo was reportedly a very small baby elephant, a runt until he reached the age of about 5 or so. After spending time in a Paris animal menagerie and then at the London Zoo, Jumbo was later sold to the circus. The larger than life animal star would become a household name, but his story is not without a heaping helping of mystery and sadness. 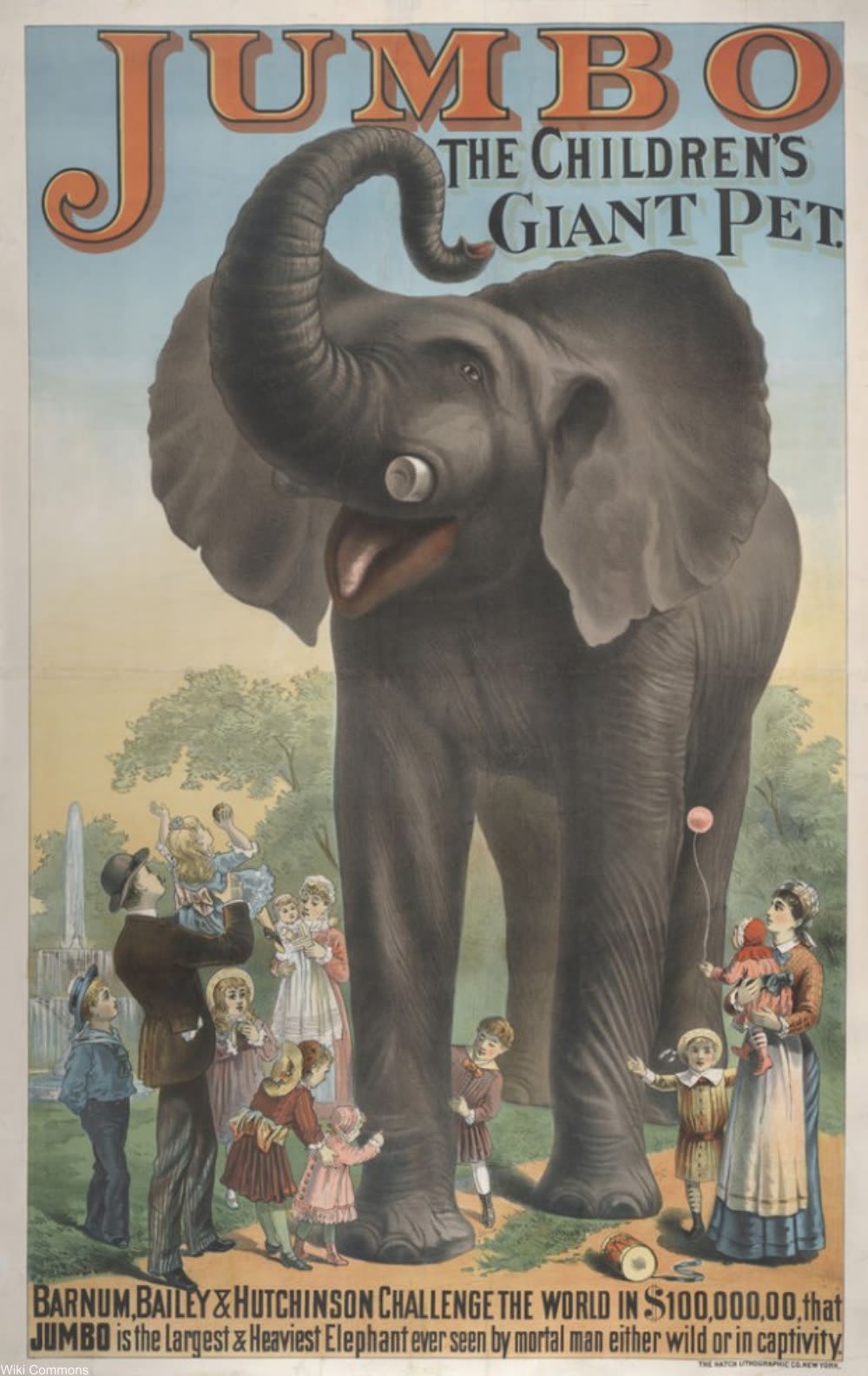 Queen Victoria’s children, Teddy Roosevelt, and Winston Churchill all rode on Jumbo’s back as he was a regular attraction at the London Zoo, where many children fed him currant buns (for a small fee, of course). Named after a corruption of the Swahili word for chief (‘jumbe’), the young elephant was a wildly popular attraction and even a social phenomenon. Becuase of Jumbo, anything large became known as jumbo, a word we are still using today. Unauthorized likenesses of Jumbo began appearing on advertisements for everything from thread to soap to coffee. 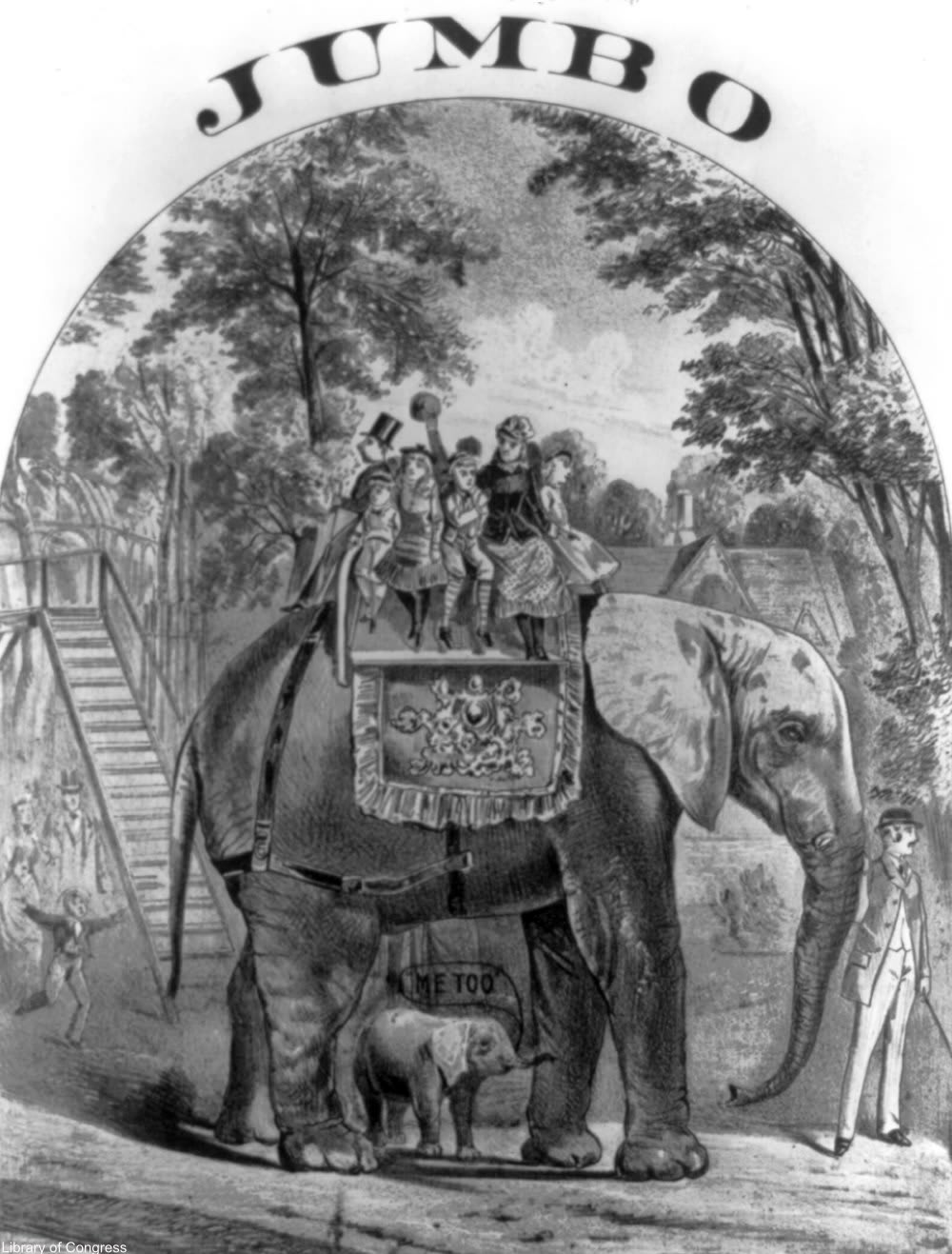 Jumbo lived for about 25 years, during which time he exhibited signs of grief over his mother’s death and rage at being forced into his small enclosures. For reference, African elephants can live up to 50 years or older in the wild.

As Jumbo approached mating age, his fits of anger became uncontrollable, and his clipped tusks were reportedly not a barbaric human imposition but were were signs self-inflicted harm due to extreme anxiety. At this point Jumbo was then sold by the London Zoo to P.T. Barnum’s circus, who knew little of the elephant’s mood swings. Jumbo was shipped off to America with his handler, Matthew Scott.

Interestingly Jumbo and Scott seemed to have a secret language all their own. Scott could get Jumbo to do things no other human could and Scott reportedly gave him alcohol on a daily basis (which means they were drinking buddies as well as coworkers). The use of alcohol to calm an animal was apparently no cause for alarm at the time, especially since Jumbo was, after all, quite large. 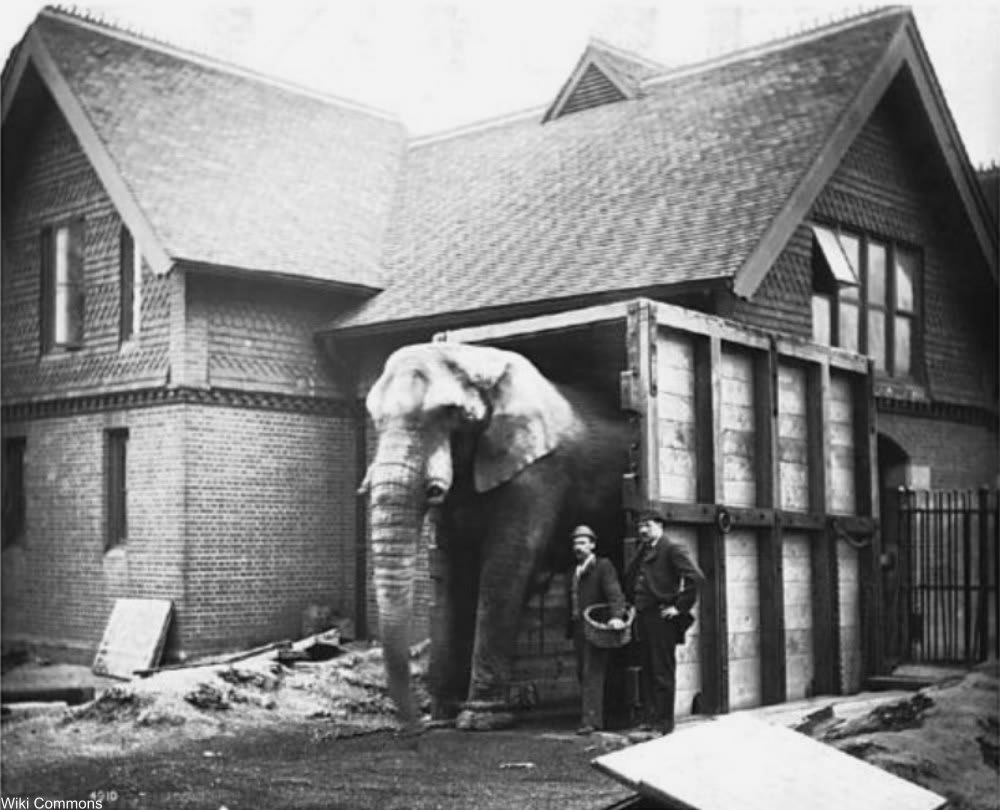 The trip overseas was fraught with much wailing from Jumbo. Scott gave him plentiful amounts of alcohol to soothe him on the boat ride across the Atlantic. Having arrived in the U.S. in April of 1882, Jumbo seemed to calm down, possibly because of the other elephants at the circus. Jumbo performed in the circus, becoming as popular in the U.S. as he had been in England. But, Jumbo did not thrive. After being diagnosed with a mysterious wasting disease, Jumbo’s days were numbered. 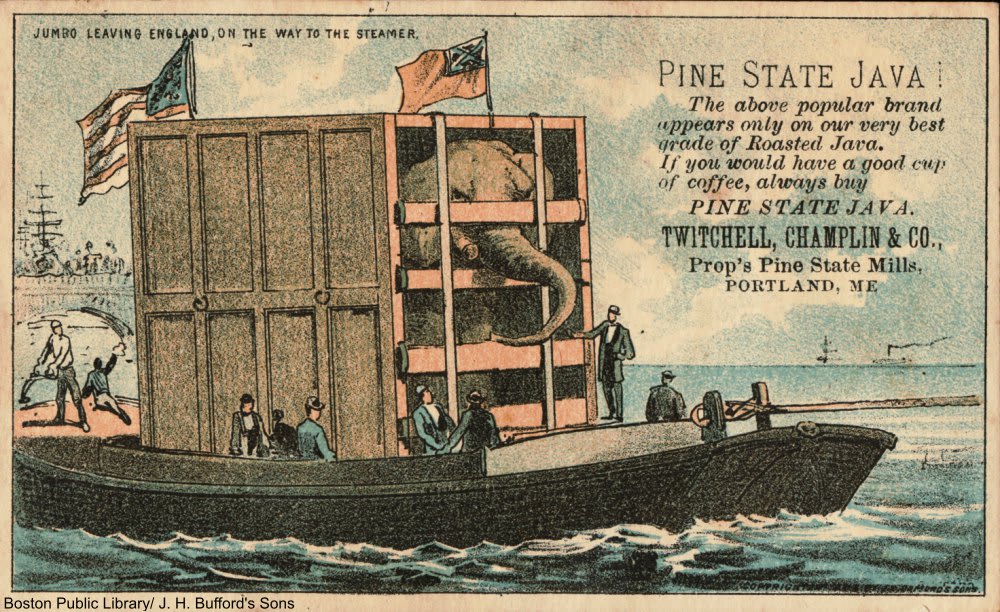 In 1885 he was famously struck by a train in Ontario, Canada, and one of his tusks became lodged into his brain, resulting in instant death. His handler went mad with grief afterwards, yelling at bystanders who morbidly helped themselves to mementos of Jumbo’s ears, feet, and skin. The story Barnum gave to the press was that Jumbo had tried to save a smaller elephant, Tom Thumb, from an oncoming train. But, in modern times there have been suspicions that Jumbo’s death was not as reported. Some believe that his death could have been prevented by Scott and was not. 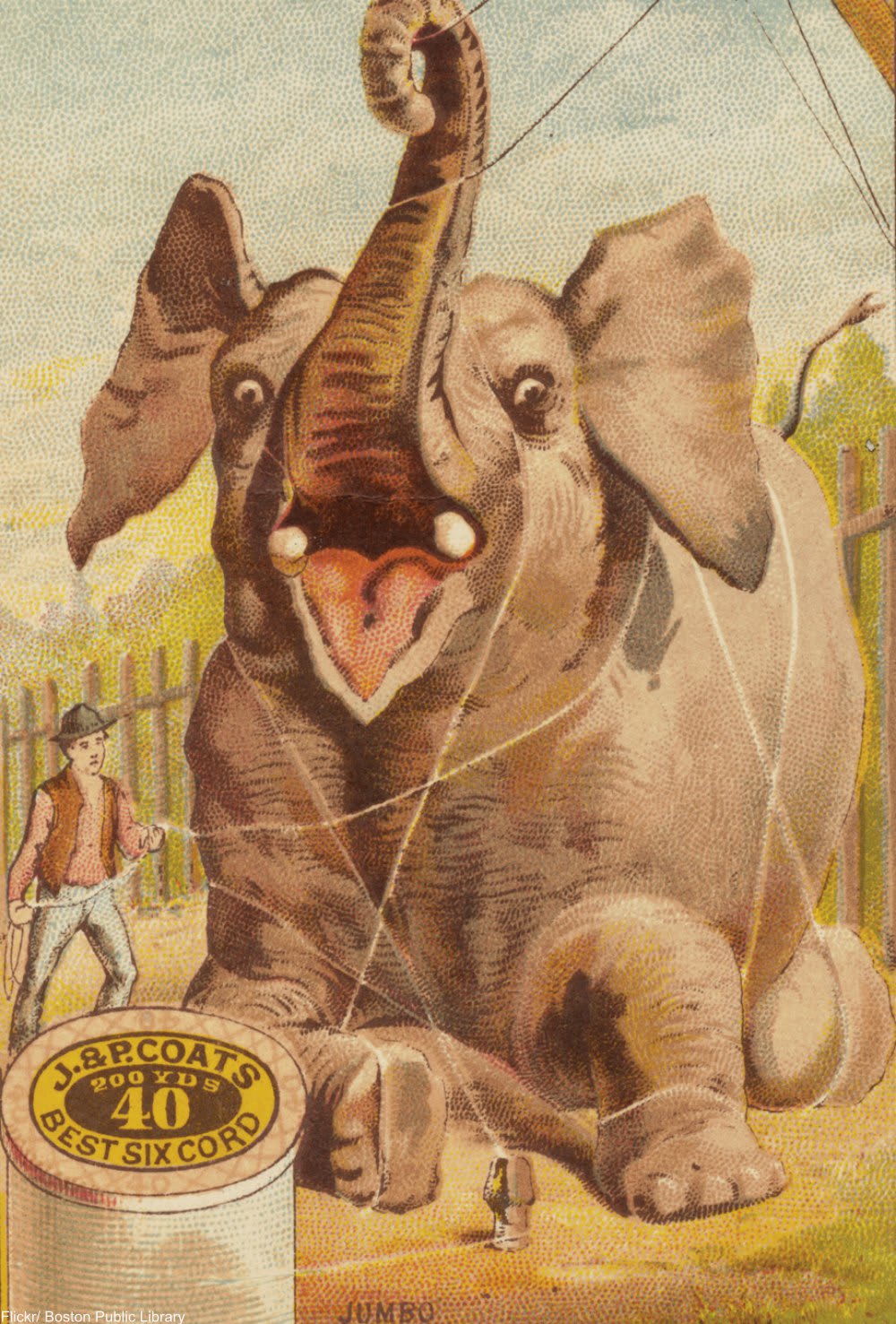 Was it because of Jumbo’s terminal illness that Scott did not order Jumbo to move from the the train’s path? After all, back then euthanizing an elephant would have been a great expense and this was not a well-studied area of zoology. Still, there were doubts also placed on Barnum himself, who had already promised Jumbo’s future hide to Tufts University (where he was a trustee), that he might have paid Scott to somehow get rid of the ailing elephant.

In any case, Scott never fully recovered from Jumbo’s death, just as Jumbo never really recovered from his mother’s death. Meanwhile, Jumbo’s hide was exhibited for a few years after his demise as Barnum was convinced that there was still money to be made off the world’s most famous elephant and so he was correct. The hide was later sent to its intended home at Tufts where it was burned up in a fire in 1975. What remains of Jumbo today is his tail, accidentally pulled off by a student and stored safely in the school’s archives at the time of the fire, and his impressive skeleton, housed at the American Museum of Natural History.