Seeds that are even a few years old can have trouble sprouting so it is truly amazing that seeds from Kind Herod’s palace are growing strong nearly 2,000 years later! The seeds were found in a jar in the palace of King Herod during the Masada excavations, a massive archaeological dig which is still being studied to this day and still has many secrets to share. 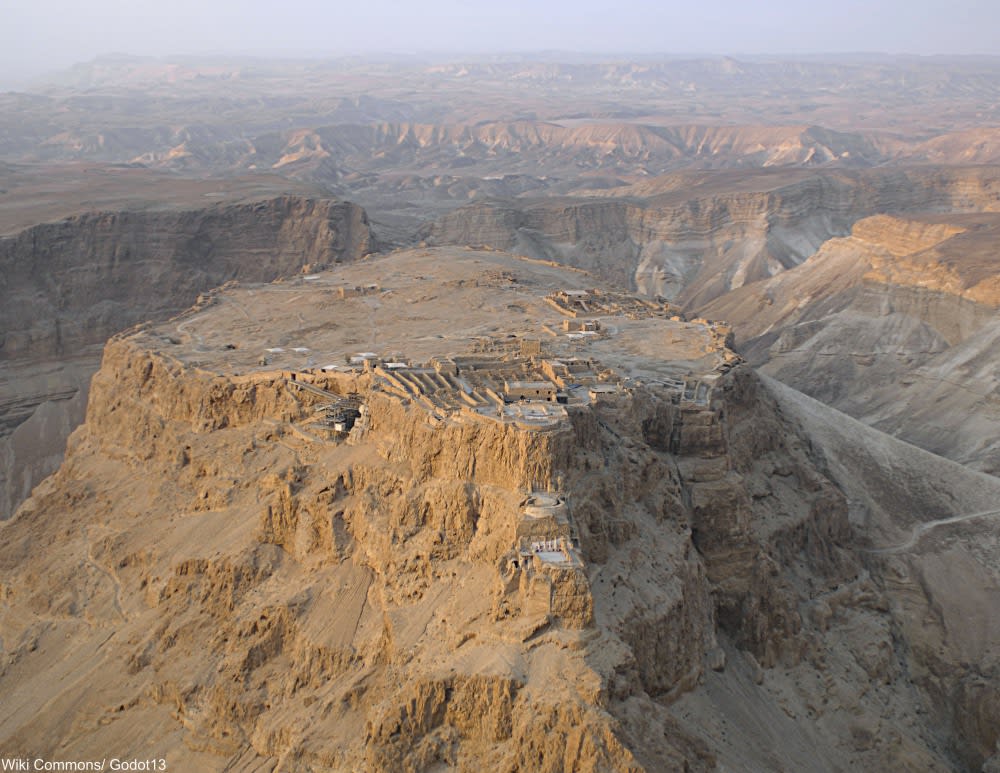 When the Romans attacked Herod’s palace in 73 AD during what was to become a century of warfare, many of the people inside committed suicide, setting fire to the buildings or abandoning them before death. This left the remaining buildings and their contents to be buried in the warm sand on the desert plateau where they sat, to be found in the 1960s. The Masada site has now revealed something else: possible pleasure gardens amongst the desert complex of the palace. King Herod’s penchant for extensive and lush gardens is well documented, making the desert plateau as likely a place as any for him to revel in his plants, despite the lack of water. 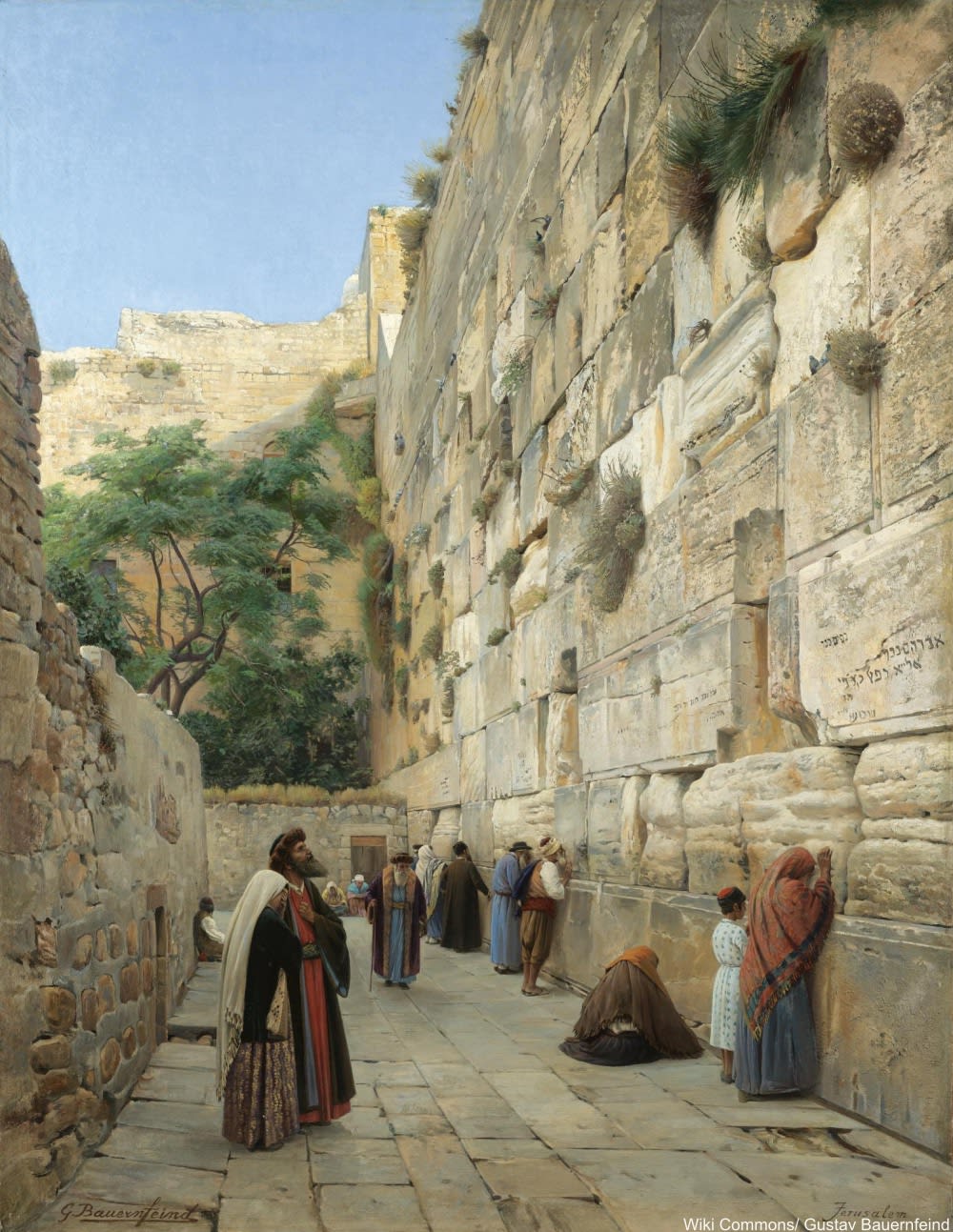 The Wailing Wall is one of the very few relics of the age before the Jewish-Roman Wars which destroyed much of Jerusalem. Via/ Wiki Commons

Three of the ancient seeds from this find, dated near to the 1st century AD, were propagated in 2005. One of those seedlings has now grown strong, and was planted into the soil in 2011. The plant is called Methuselah, named after the longest-lived person in The Bible and grandfather to Noah, and is the oldest seed ever to have been germinated. The species is a Judean date palm, speculated to have been extinct in the region for around 1,000 years. 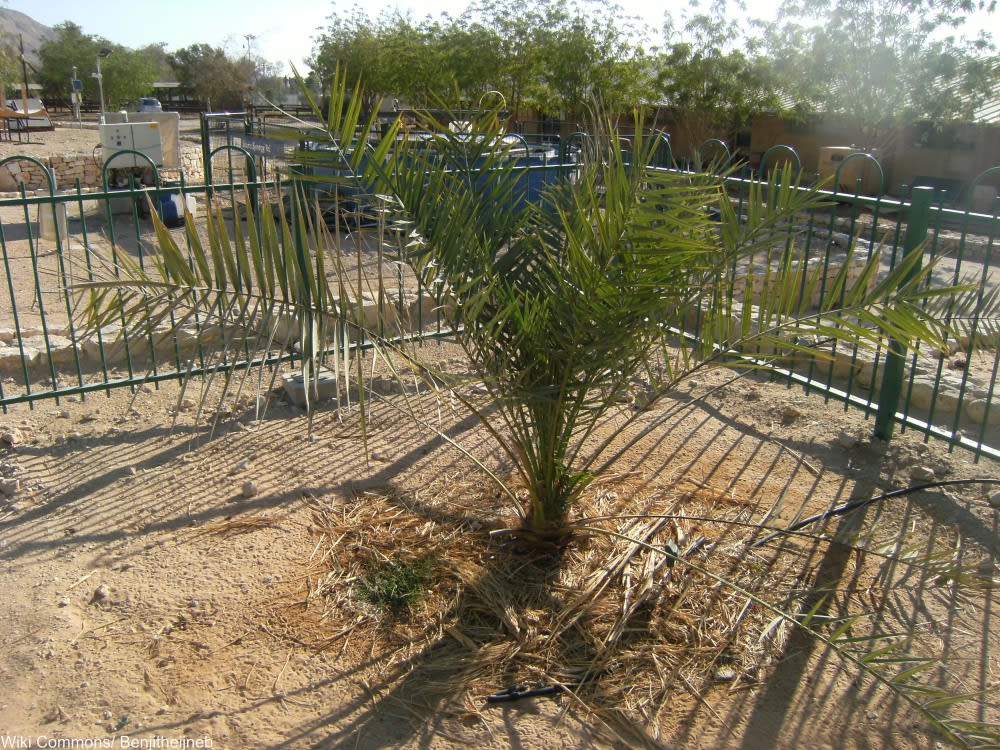 The seed which sprouted Methuselah was treated with growth hormones since the dry climate of the desert and the passage of time led scientists to believe that the seed might have a just little trouble sprouting on its own. Today Methuselah is gated off for its protection, while an informational plaque tells tourists and visitors about this amazing plant at the Avara Institute for Environmental Studies in Ketura. Methuselah is a male date palm which has now created off shoot “babies.” Researchers are sprouting female seeds from the same Masada seed horde so that they can create an ancient date grove as in old times. 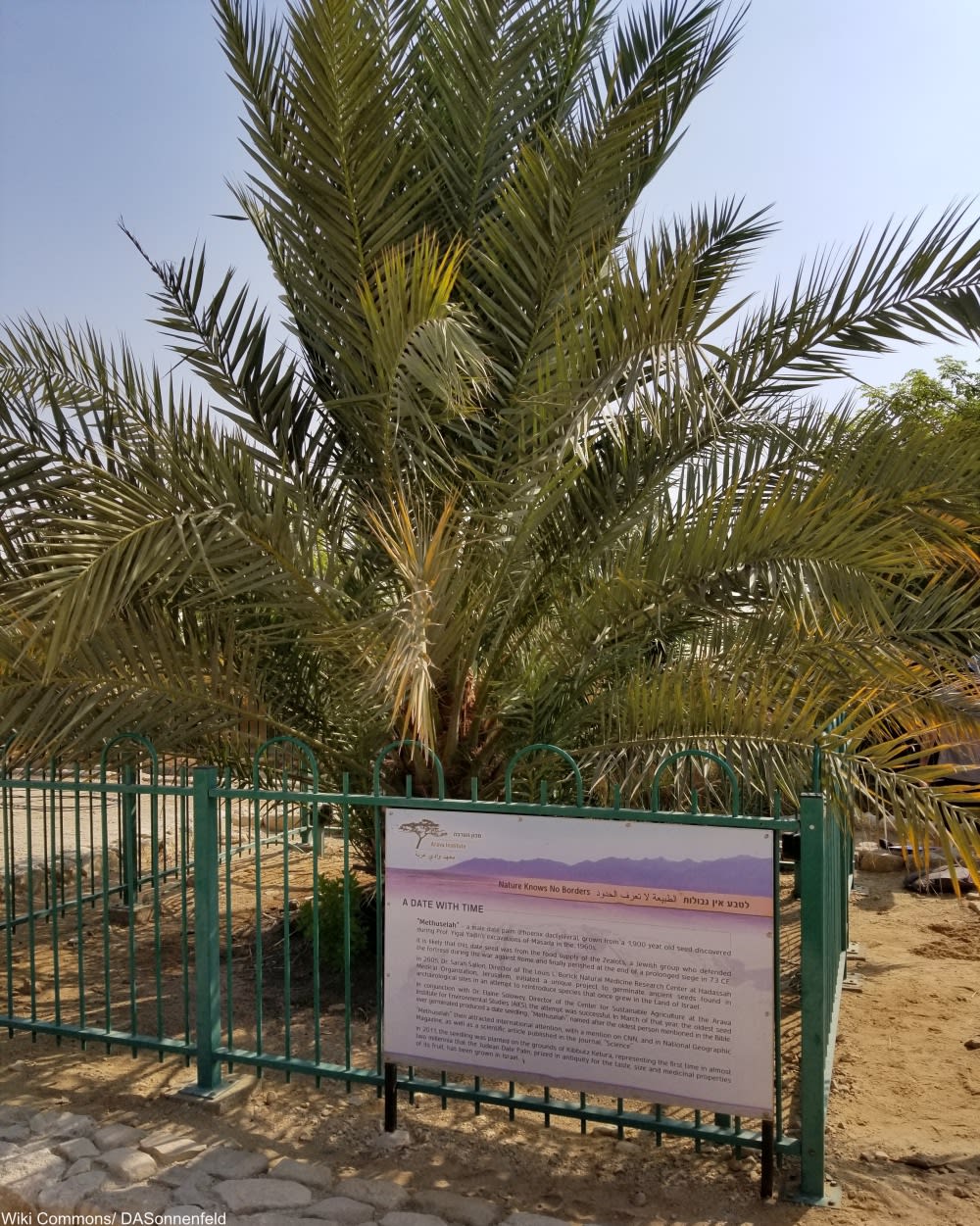 This species of date palm was prized in antiquity for the size and flavor of its fruit so we have to wonder if humans will again taste the fruit of this sacred land. The last date palms of this species were destroyed during the Crusades, when Europeans used starvation warfare to win their battles. Time will tell if this archaic species has what it takes to survive the 20th century.

Jerusalem Fort Acra mystery is solved: Click “Next Page” below!