A Peek at Johnny Carson’s Clothing Line from 1973

When we think of 1970s fashion there are so many iconic looks that come to mind. Bell bottoms, flamestitch shirts, wide collars, and plenty of brown on nearly everything. It was in this decade that the concept of sportswear and casual wear really took off. Suddenly suits could be made in forgiving polyester instead of wool. Clothing for both men and women changed dramatically during this time.

It was the rise of the department store that also changed how we dressed. The popularity of these stores meant that a new era of celebrity clothing lines would soon take over the racks at these chains. One of the first celeb clothing lines was that of Johnny Carson. 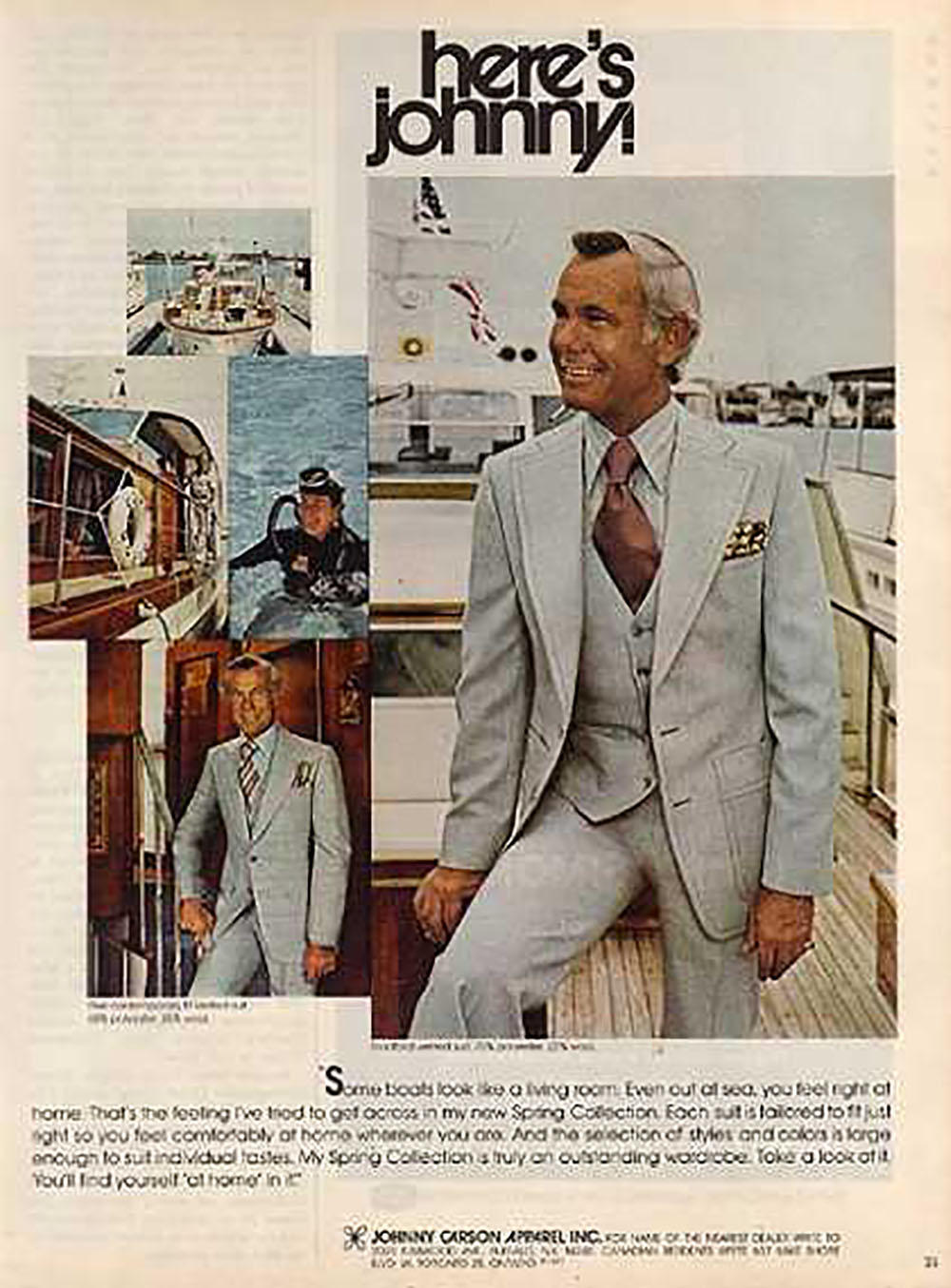 The suits in the Johnny Carson Apparel line were made in wool, dacron, double knit, and polyester by Hart Schaffner & Marx (who are still in business today). The clothes were sold in 1,500 different outlets across the U.S. for between $110-115. The partnership started in 1969 and continued into the 1980s.

Beginning in the 1960s Carson was seen as a fashion plate for men, always so well-dressed in something uncomplicated, yet somehow still memorable. His fashion on The Tonight Show is what made him a fashion icon. By wearing some of his clothing items on the show he made sure that sales of his clothing line performed tremendously well since he was already famous for his effortless suits.

Carson modeled his clothing for the advertisements as well, despite arguments that he was not trained as a model. However, he had the trust of millions of Americans and according to those who knew him he put people at ease in a way few others could. All this actually made him an ideal model for the clothing range. The line was discontinued 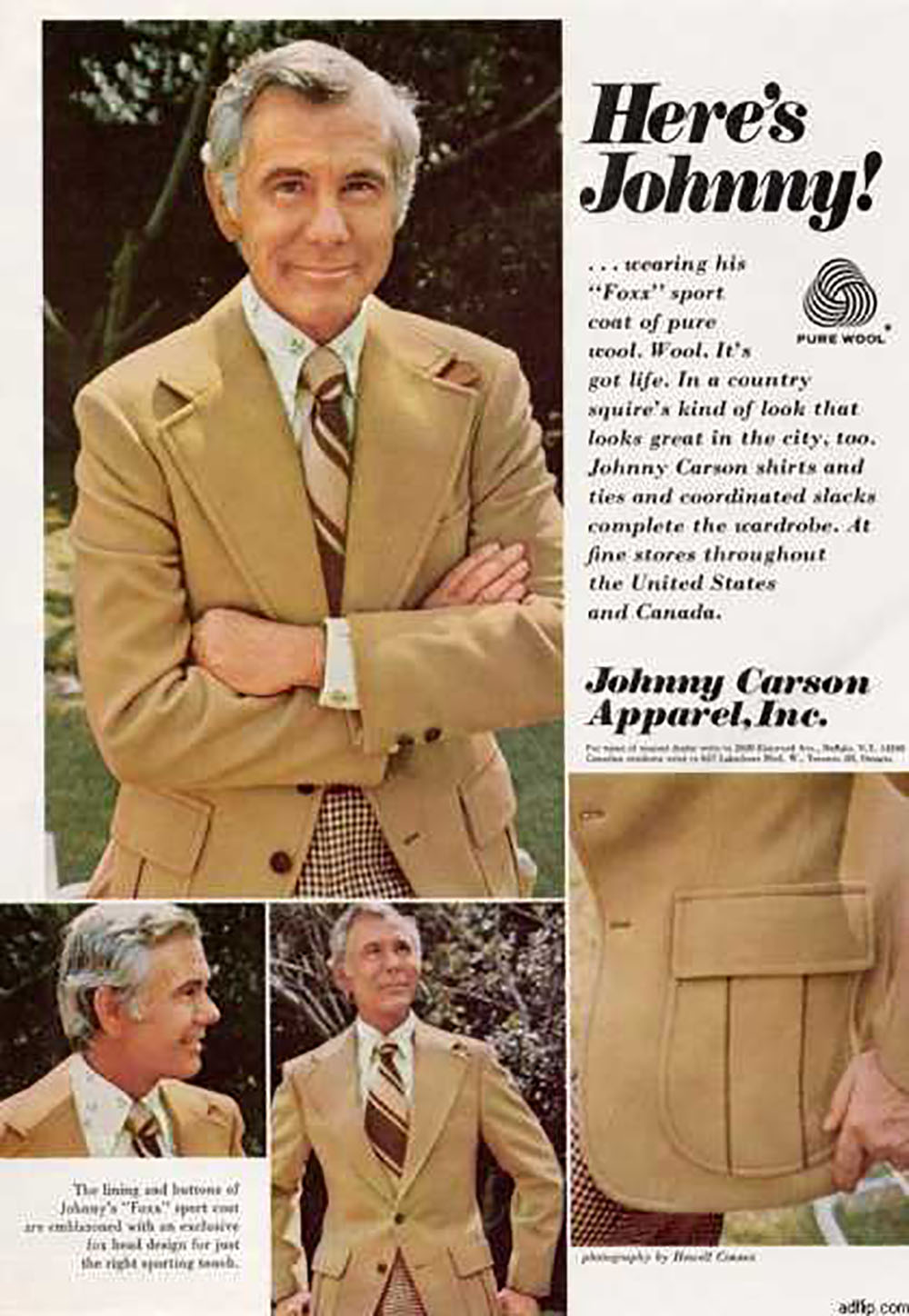 Have a look at one of the commercials for Carson’s clothing line, featuring the main man himself, in the video below from 1973.