22 paintings of dancers from around the world decorate the gilded ballroom ceiling. Though not technically frescos because the panels were painted on canvas offsite, the painted ceiling is just one of the many details which give a feeling of Old World elegance to this mansion, one of the last grand buildings of Gilded Age. Cà d’Zan was inspired by the Doge’s Palace in Venice, where John and Mable had vacationed in 1923. 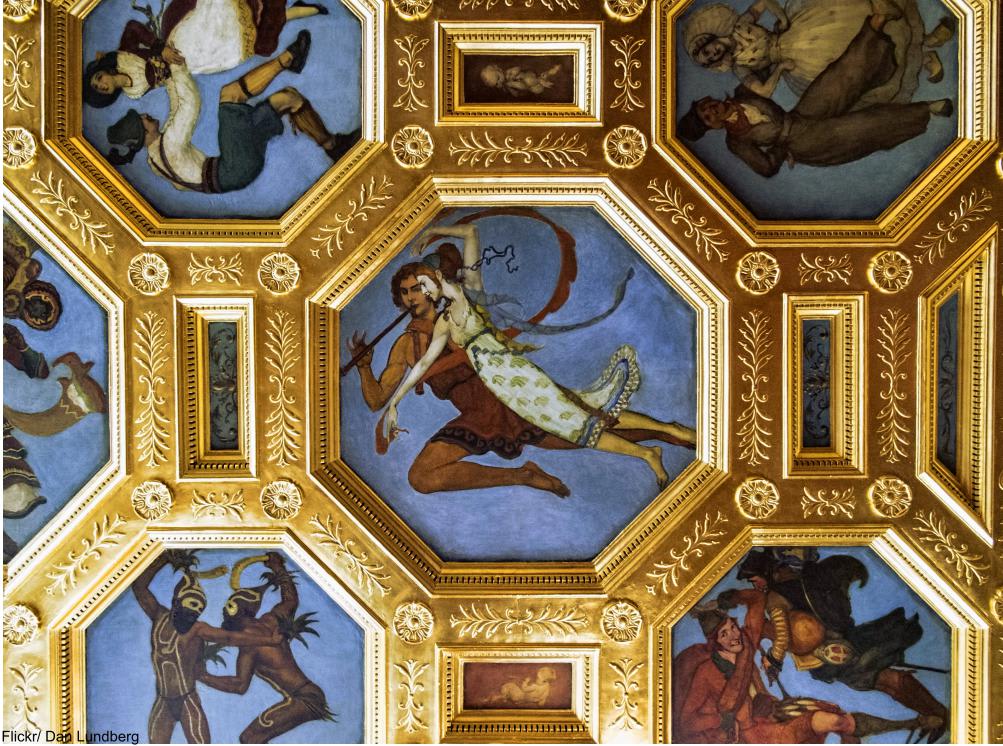 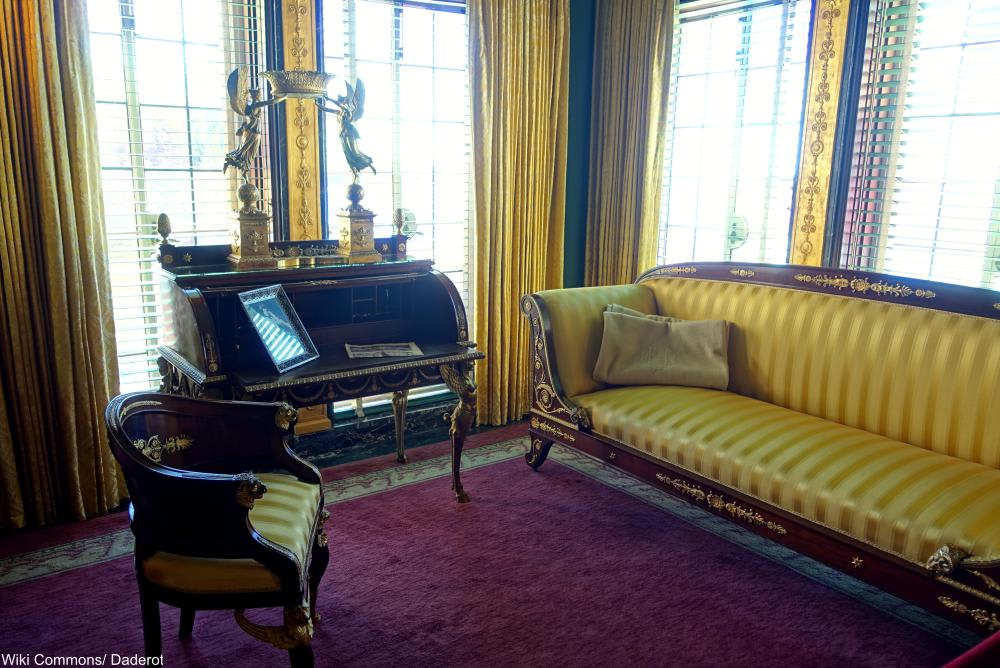 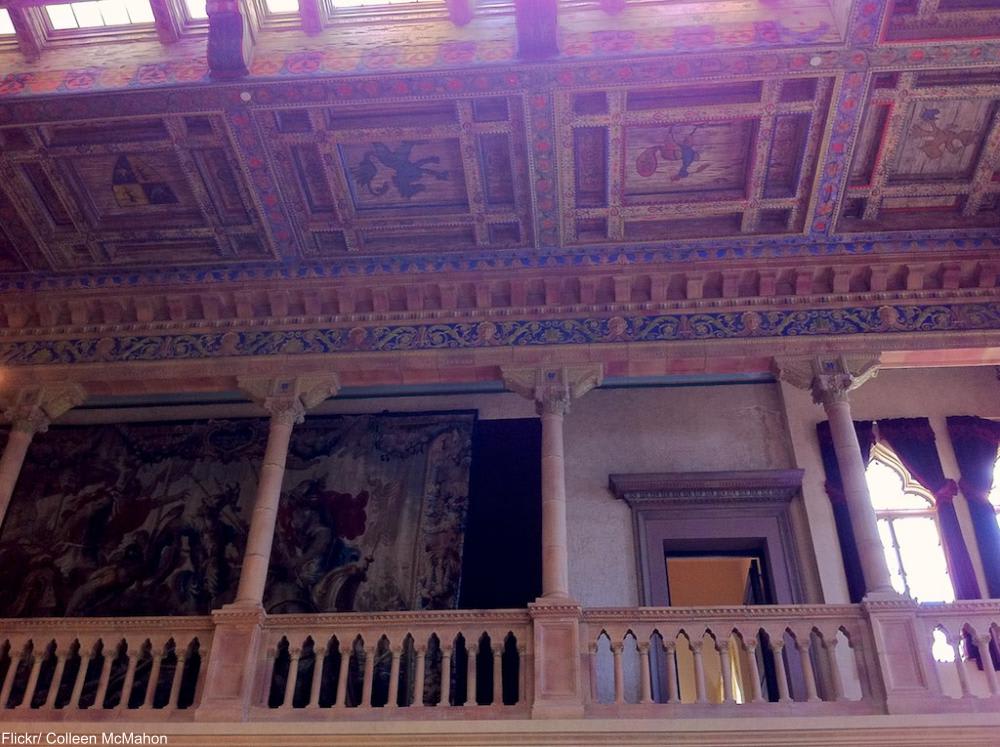 The back of the home faces the Sarasota Bay and features stained glass windows which overlook the water. 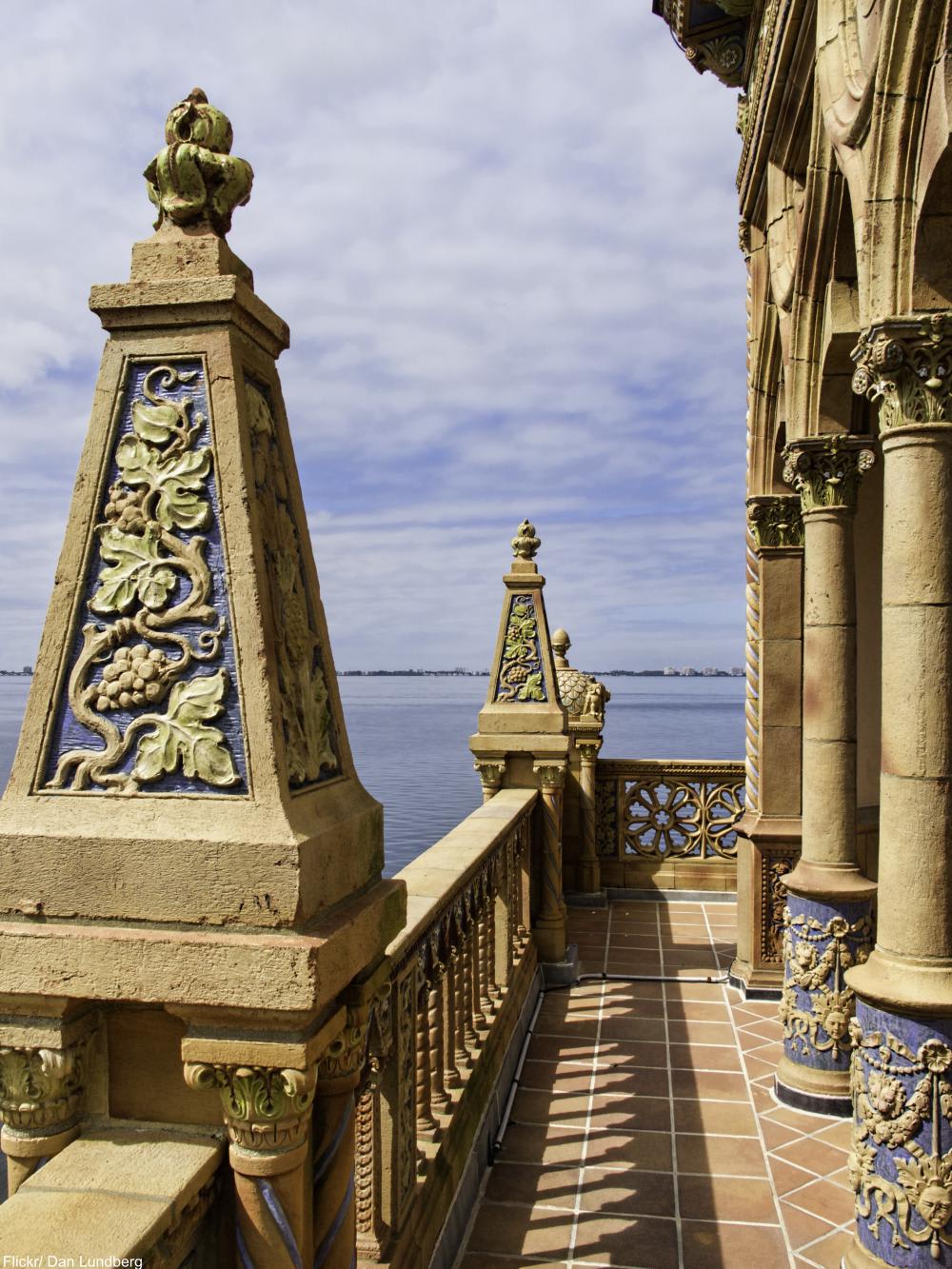 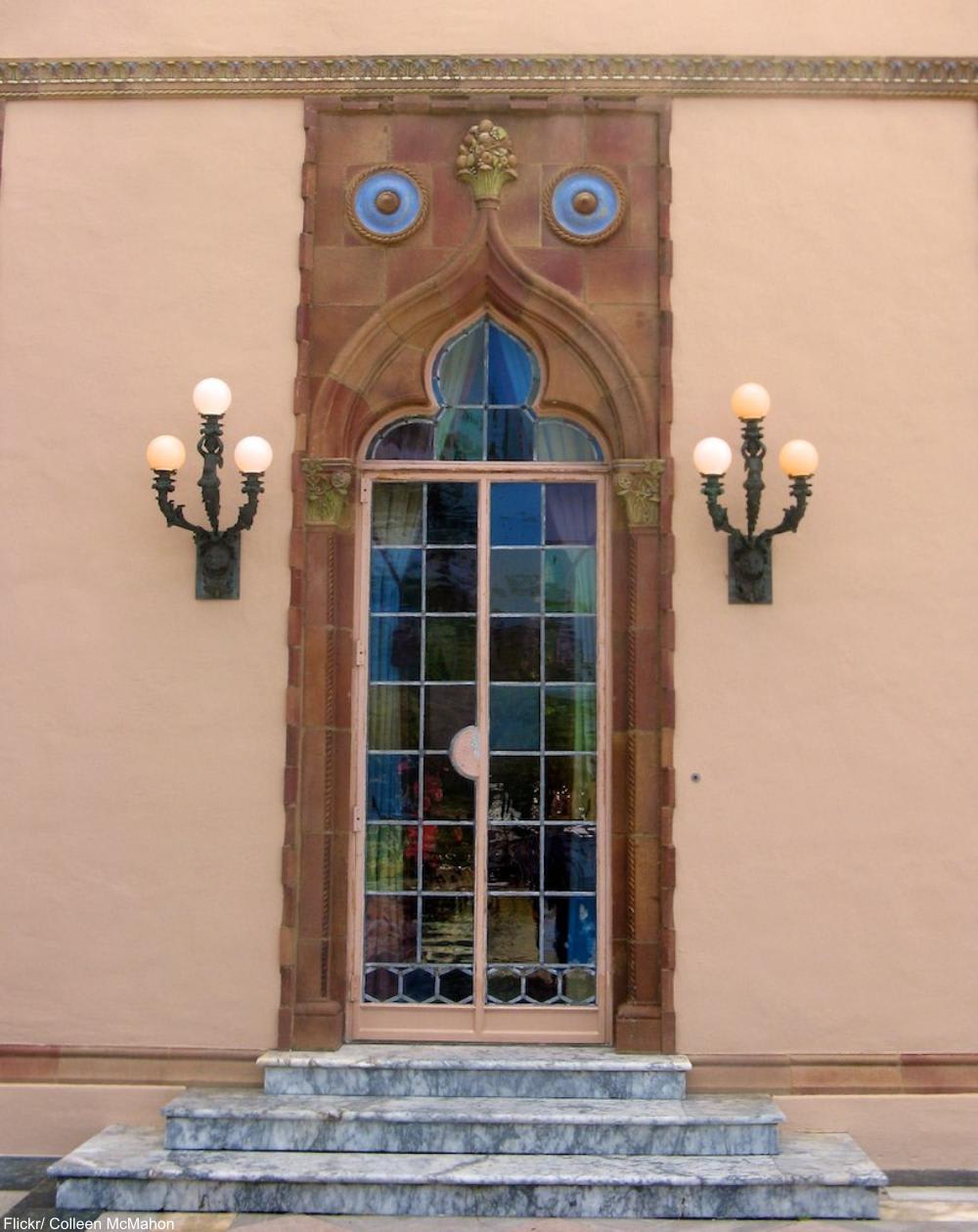 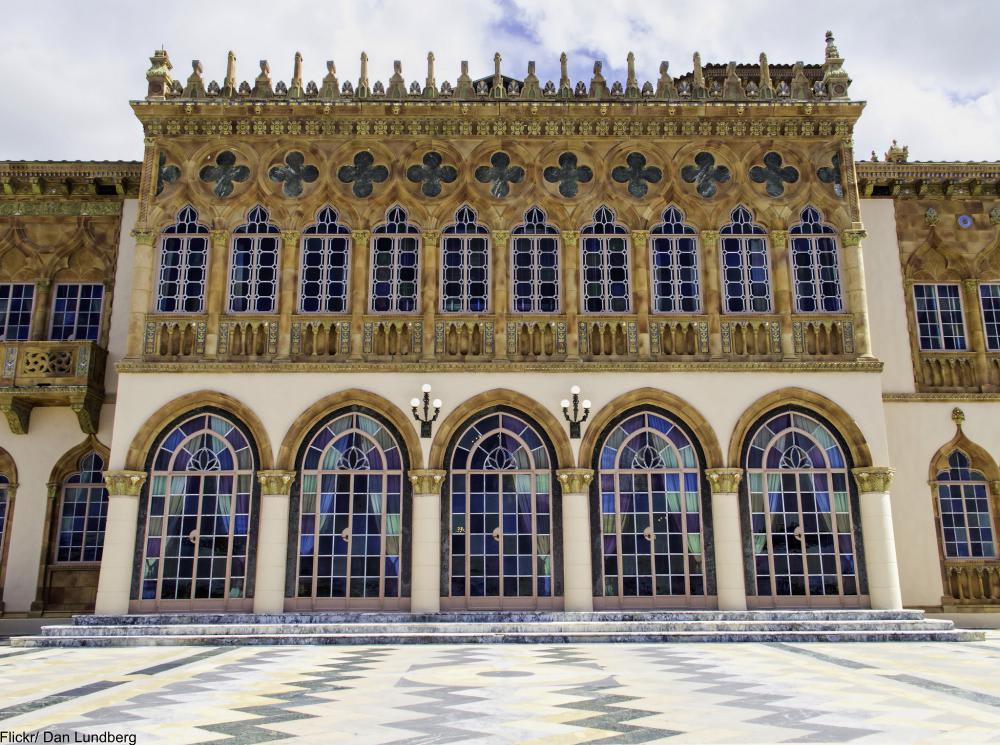 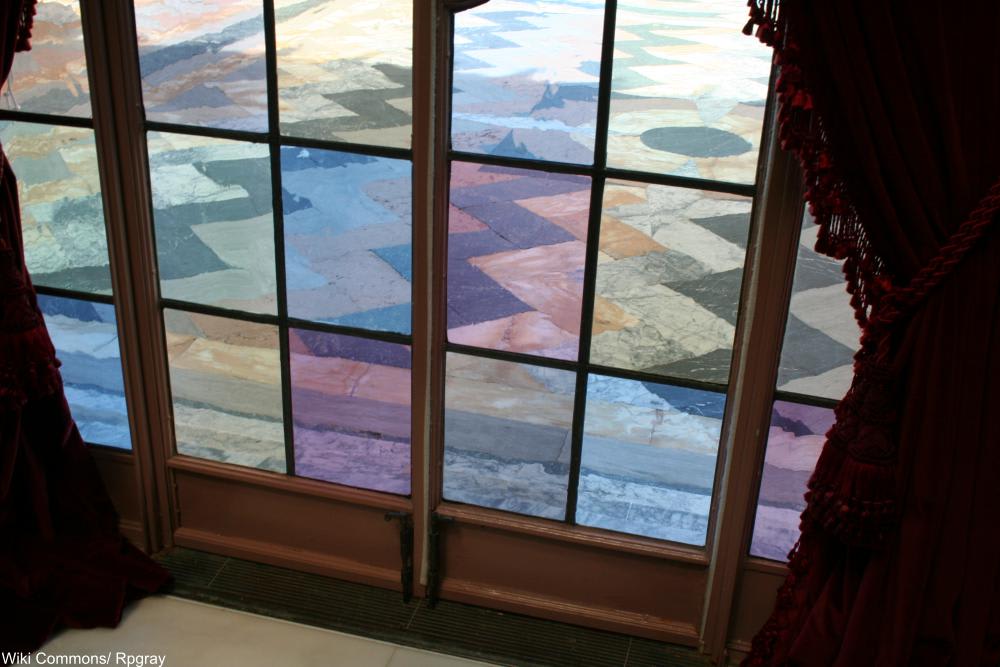 The grounds contain many classical statues and old trees which create a fantasy world in the outdoors. 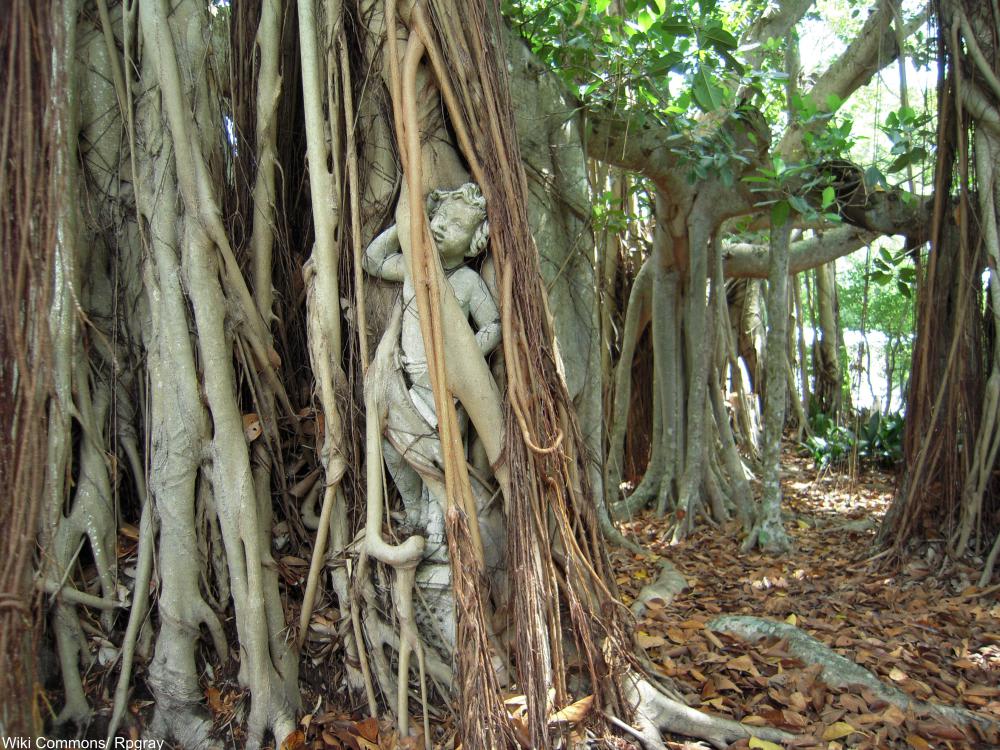 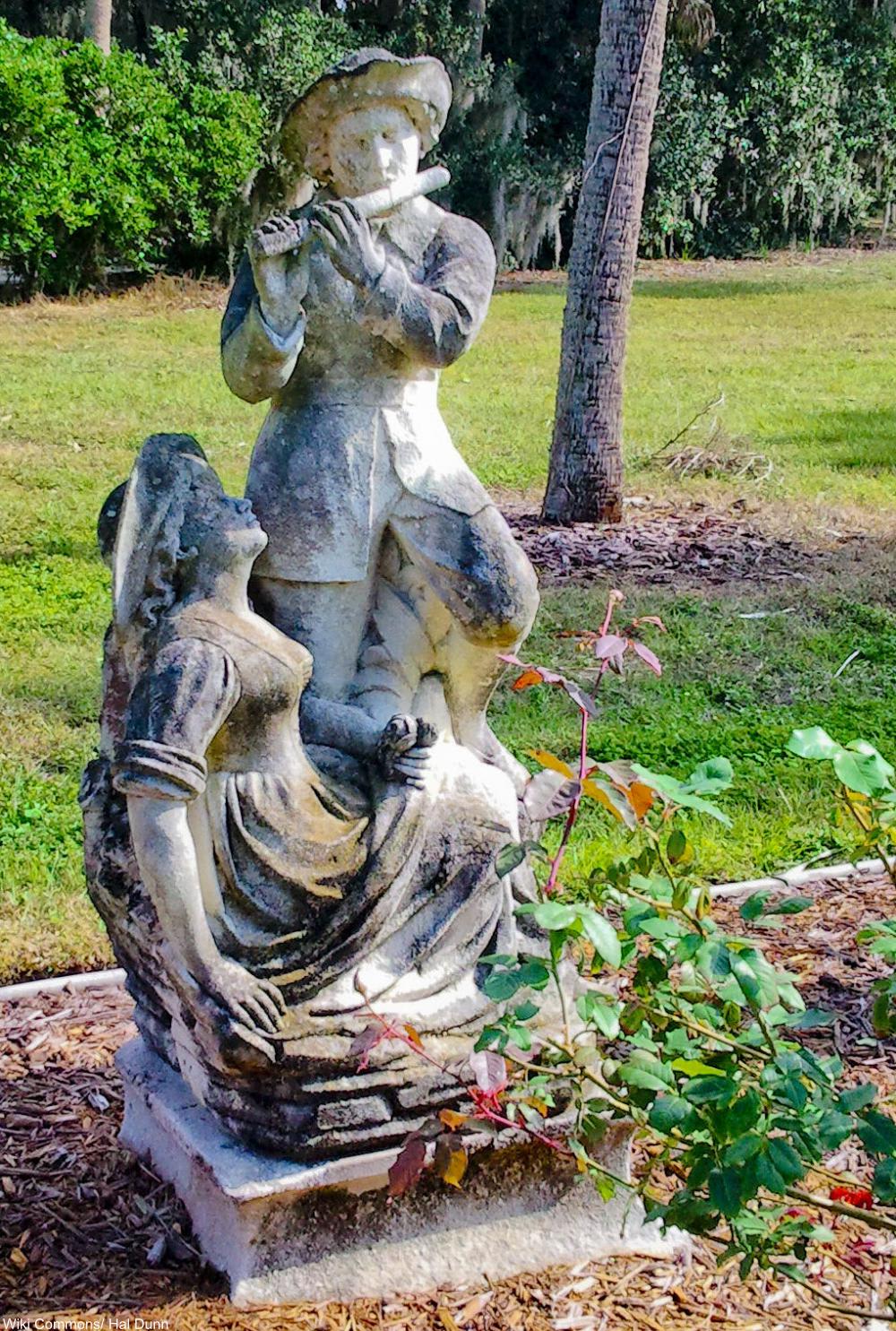 Cà d’Zan was intended to be the couple’s winter home, but the two were only able to enjoy the home together for a few years before Mable’s death in 1929 and John remarried in 1930. John also built an art gallery which opened in 1931. Upon his death in 1936, the grounds were bequeathed to the public. 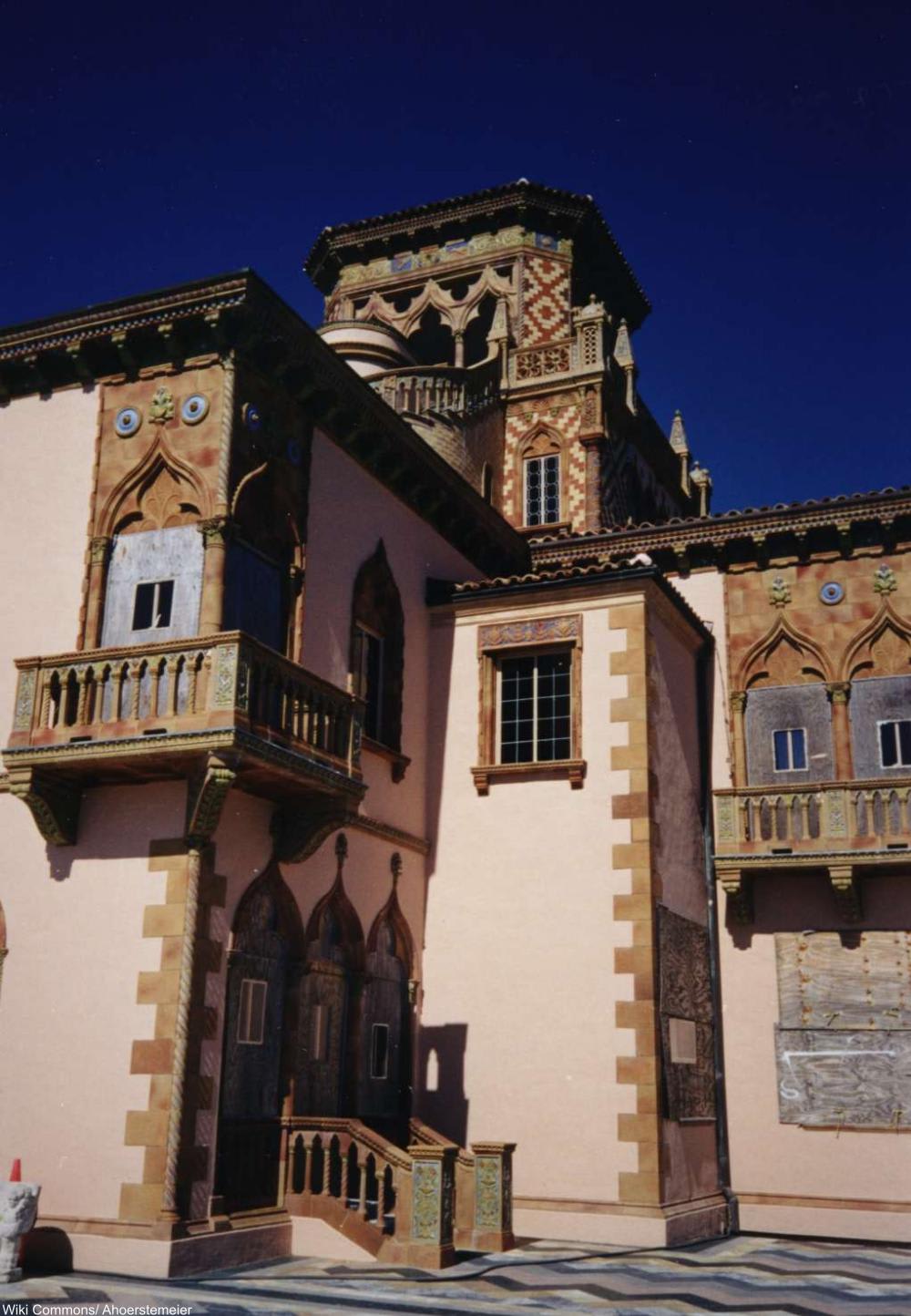 After a period of disrepair (which can be seen in the boarded up window from 1998), Cà d’Zan and the grounds are now open for public tours and contain the mansion, a theater, and a visitor’s center, and the Museum of Art and Circus which features a world class collection of art. 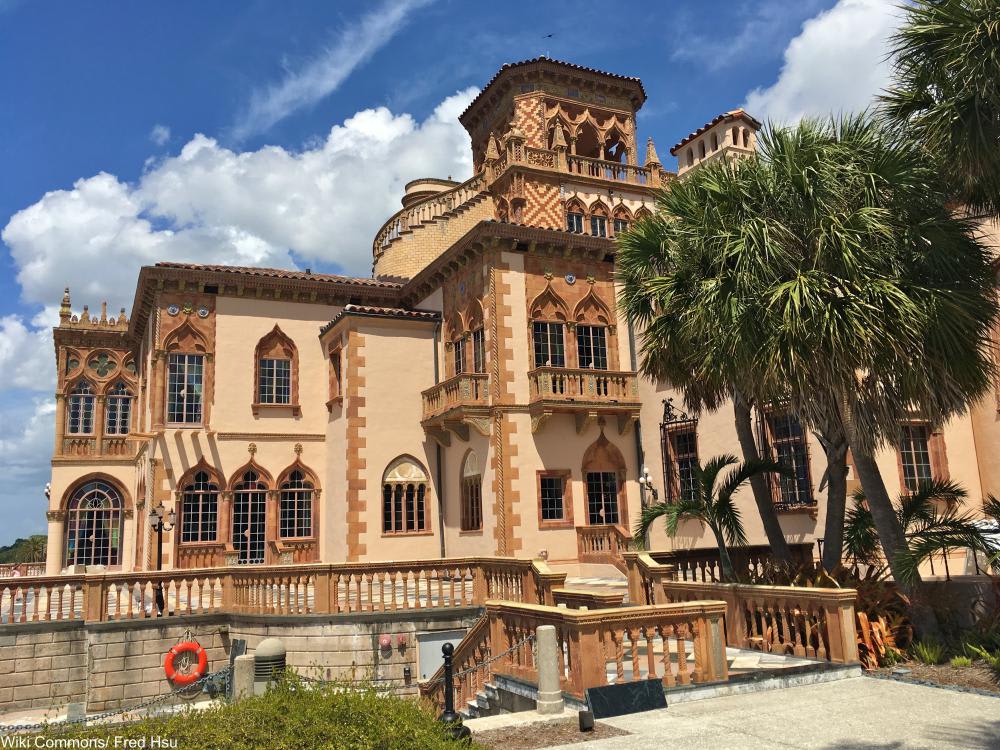 See inside the grand Biltmore Estate: Click “Next Page” below!