That Time Jackie Kennedy Became Obsessed with the Twist

The First Lady has always been known as a trend setter, performing her duties by arranging White House dinners and dictating fashion through her own personal style. While many First Ladies have come under fire for the choices they’ve made, the White House has always been been a special retreat of timeless elegance. For some this has meant sticking to tradition, but Jackie Kennedy had her own way of doing things. 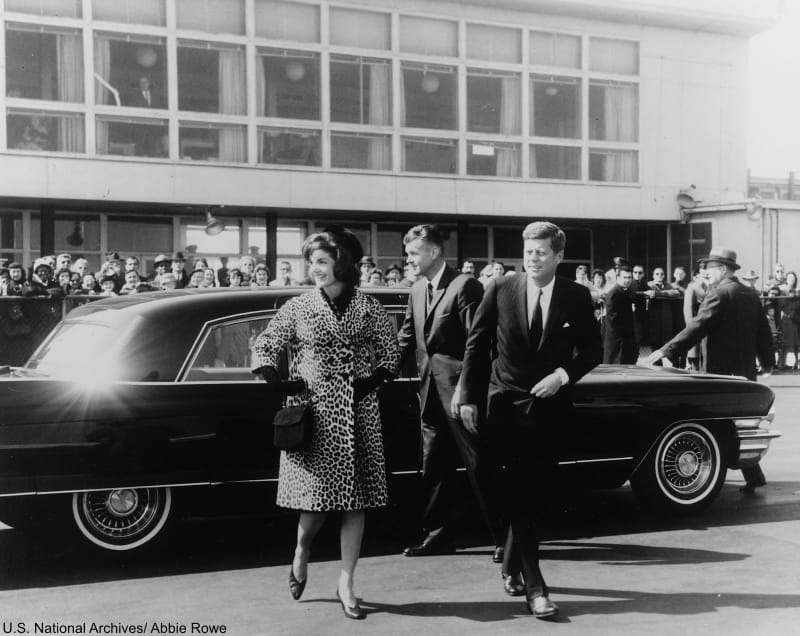 Jackie would introduce the Twist to White House functions, surprisingly with little fuss from the media. At the time popular dances that did not require a partner were controversial, with Eisenhower famously stating: “I have no objection to the Twist as such. But it does represent some kind of change in our standards. What has happened to our concepts of beauty and decency and morality?”

The old guard opinion seemed to be that the world was going down the tubes if this was the kind of dance that was popular. And former president Eisenhower implied that the dance could be seen as immoral. Perhaps that is what made people love the dance all that much more.

Jackie can be seen doing the iconic dance in London at her sister’s home with her favorite dress designer, Oleg Cassini, in the image below. She reportedly did the Twist during her famous visit to India as well. 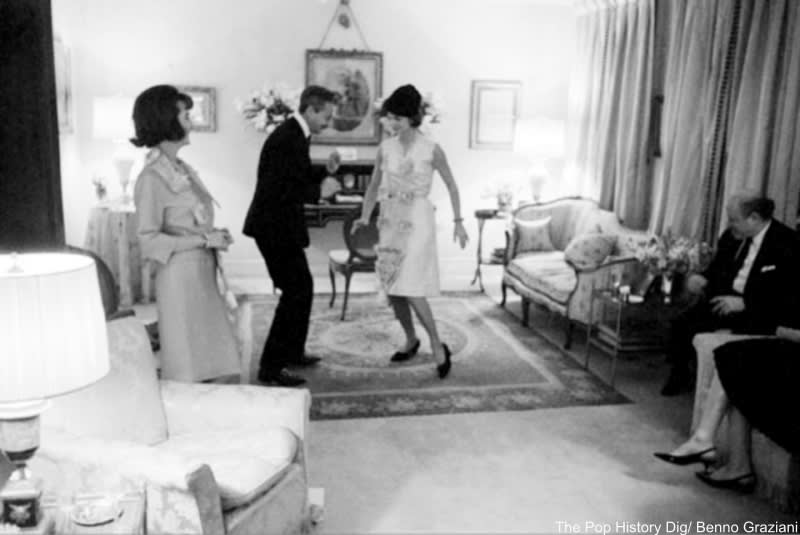 Via/ The Pop History Dig

There were even reports of the First Lady going to nightclubs and dancing the Twist, secret service men in the shadows (though at least some of these reports seem to be false). Clubs like the Peppermint Lounge were famous for the celebrity clientele who would drop by to do the Twist. Greta Garbo, Marilyn Monroe, Truman Capote and many other famous people visited Peppermint Lounge, including Jackie and her sister Lee. 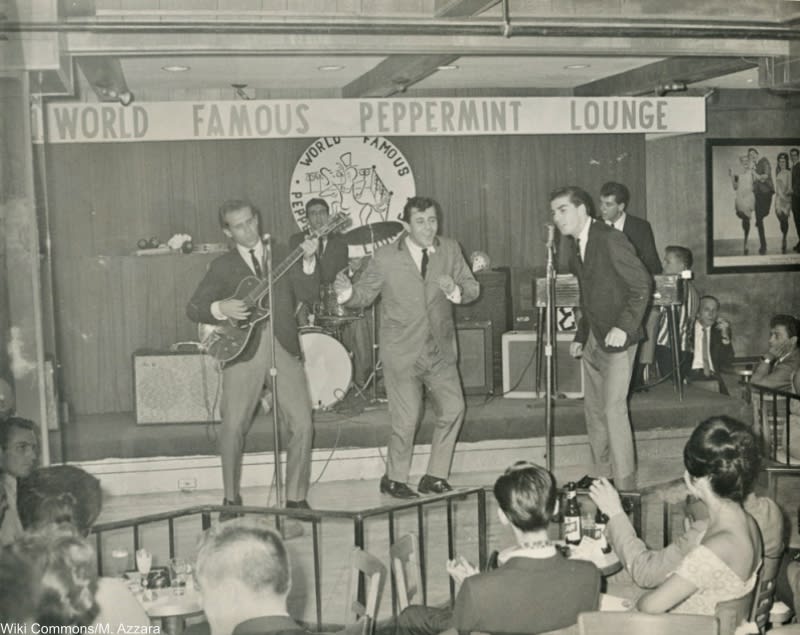 The fad for the Twist lasted from about 1959 to 1962, and some speculate that the short-lived nature of the dance was because Jackie (and other celebs) had made it a common thing, devoid of street cred and underground nitty gritty flavor which made it appealing in the first place. 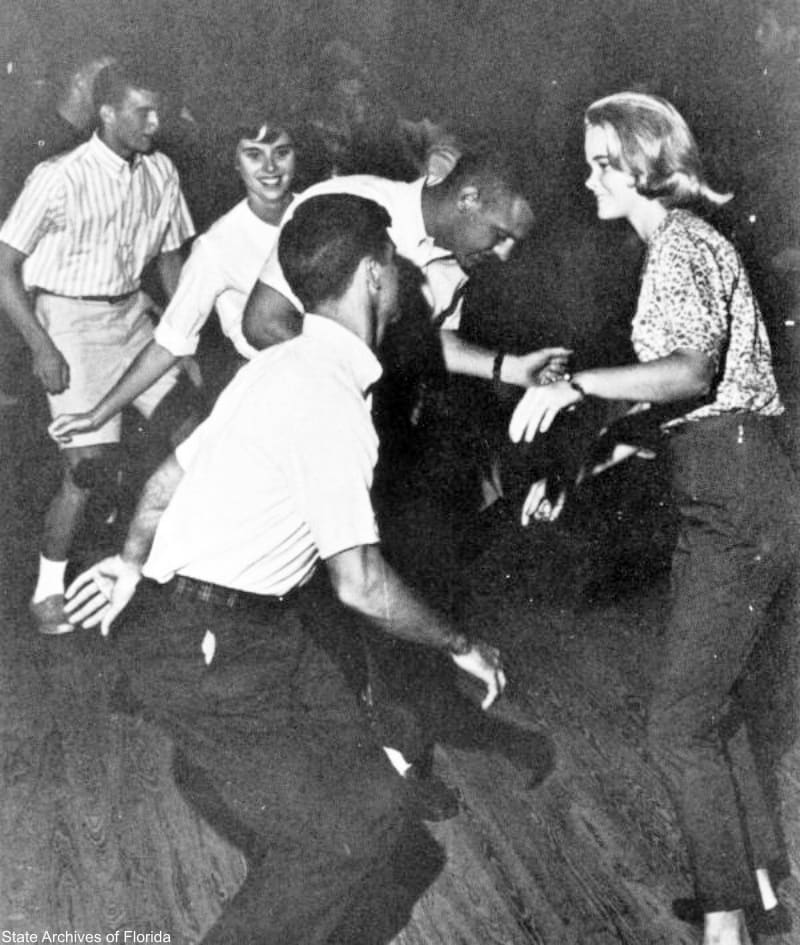 We’ll never know for certain if her enjoyment of the dance hurt or helped it in the popularity department, but what was a First Lady to do? If you love a dance, sometimes you’ve just got to do it!