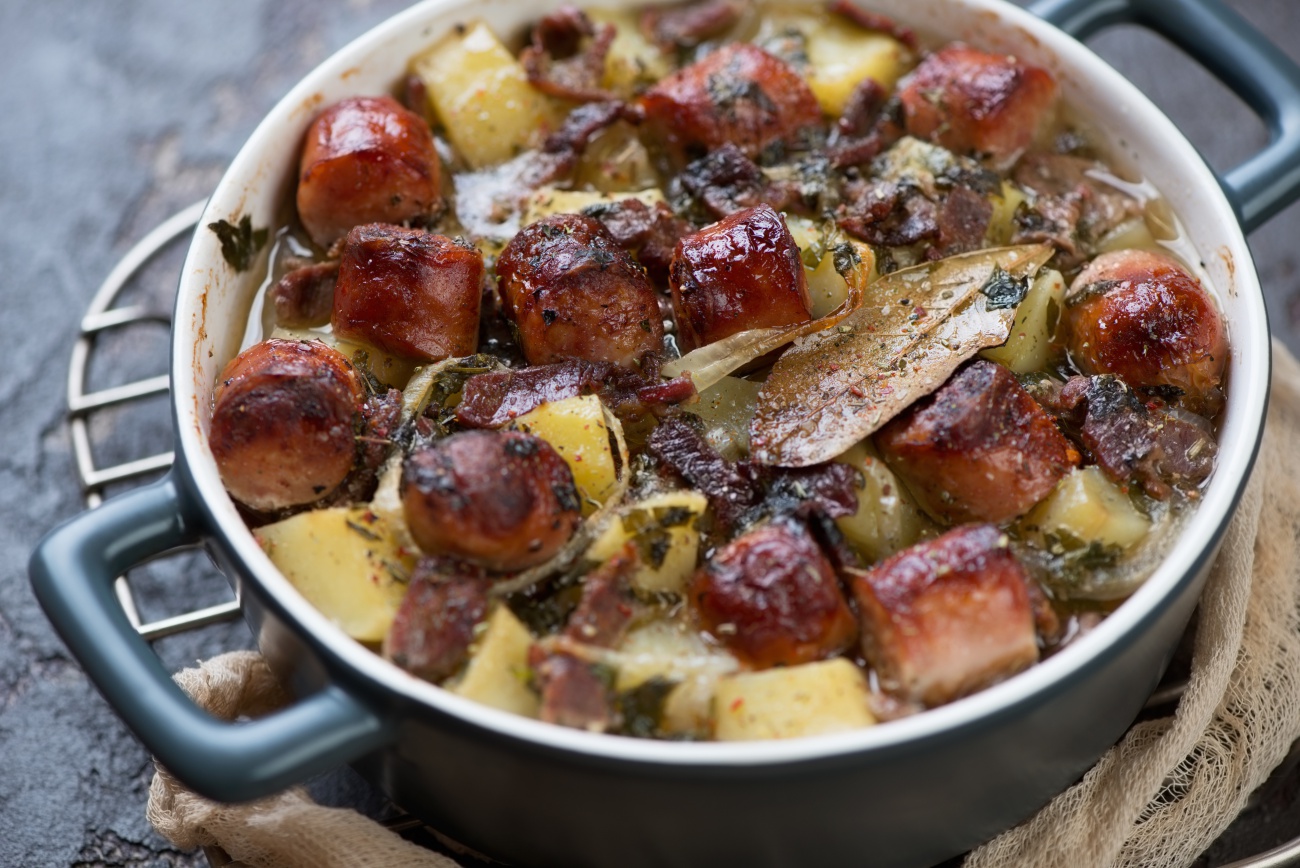 What’s a coddle, you ask? It’s basically just the process of cooking something low and slow in a liquid that hasn’t quite reached the boiling point. If we’ve learned anything in the kitchen, it’s that cooking something low and slow always garners excellent results and that homey, rustic dishes satisfy the soul and the stomach. In a nutshell, we’re all about dishes like this Traditional Irish Coddle.

Reminiscent of a stew, Irish Coddle is comprised of hearty bacon and pork sausage, onions, and potatoes cooked together slowwwwwwly in a rich gravy until everything is tender and infused with savory flavor. It’s perfect served with some soda bread on the side or just by itself. It’s hearty, it’s easy to put together, and it’s totally delicious. 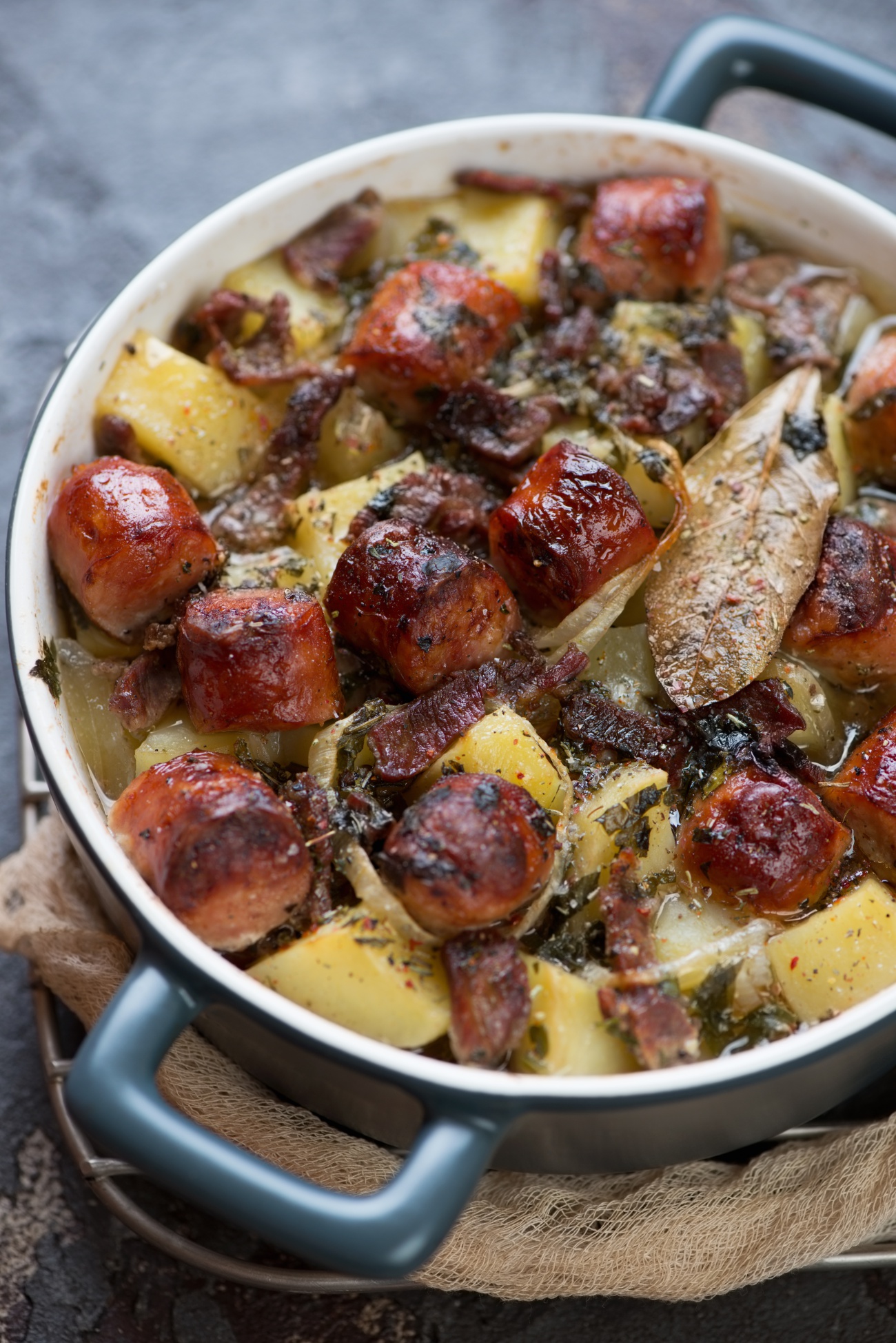 You start by browning some bacon in a large Dutch oven. Once the fat has rendered, you remove the bacon and replace it with the sausage, letting it get nice and golden brown in the bacon fat. (A note on the sausage: you want to find good quality pork sausage here. If you can find ‘bangers,’ they work great, but your favorite basic pork sausage will do just fine.) You remove the sausage and then make a quick gravy with the drippings. Guinness adds an incredible layer of flavor, but if you’d like to avoid the beer you can just use whatever stock or broth you’re using for the rest of the recipe. 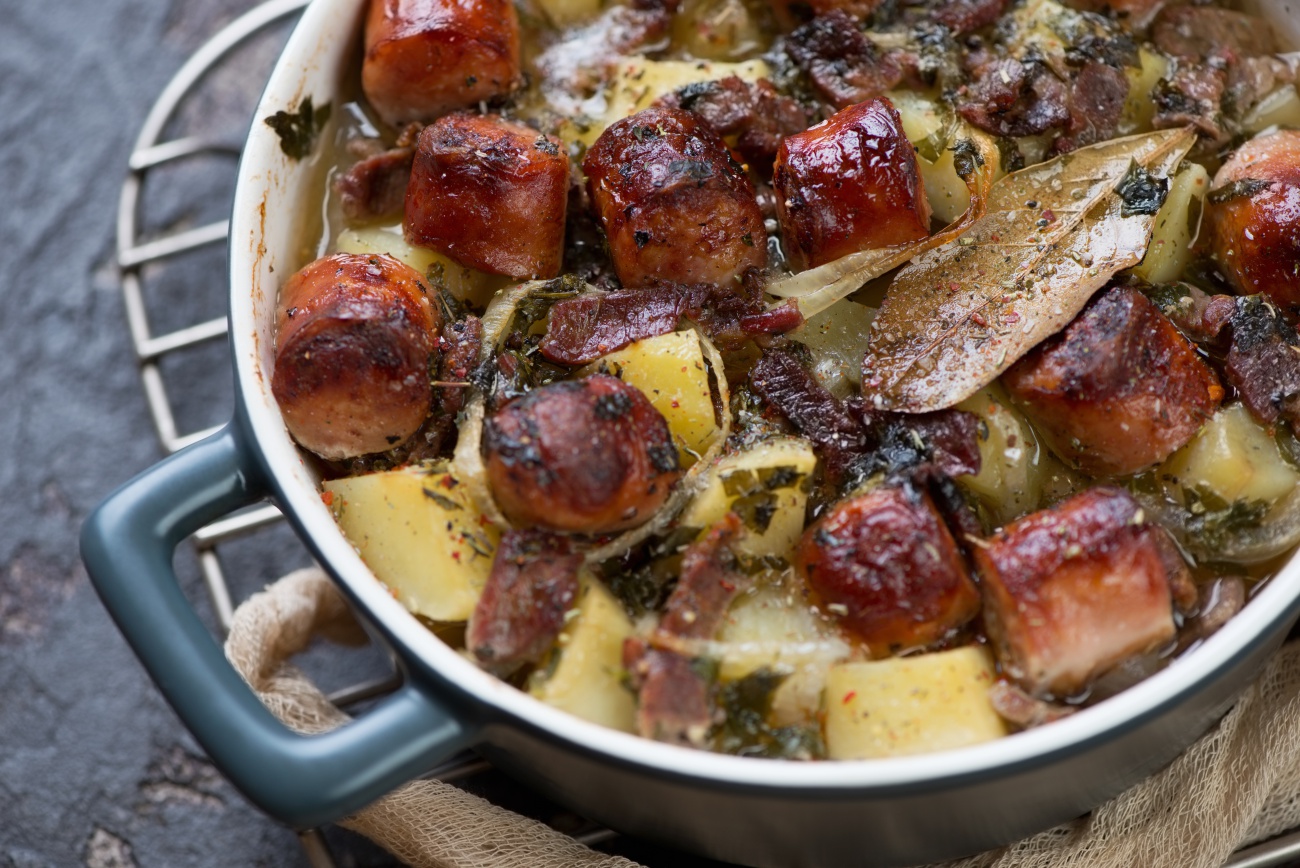 From there, you layer potatoes, onions, garlic, parsley, and the bacon and sausages in the gravy, and then top it off with beef or chicken broth. (Any other kind of broth or stock works just fine, too.) You transfer the whole thing to the oven and let it do its thing. While you want to leave it to cook for at least two hours, you can leave it in the oven for up to five; it’s certainly not something you have to be delicate about. The end result is one incredibly tasty hot-pot that will cure any comfort food craving.