Around the end of the 19th century, California was a booming locale with promising industry. The Gold Rush and railroad expansion had secured the futures of many a Californian, including those who benefitted from the hurry to build. One such businessman was William Carson, a lumber baron for whom progress brought great wealth. His personal mansion, completed in 1885, is now considered the foremost example of Queen Anne architecture in the U.S. However, today the doors of this Eureka, California, mansion are closed to the public. 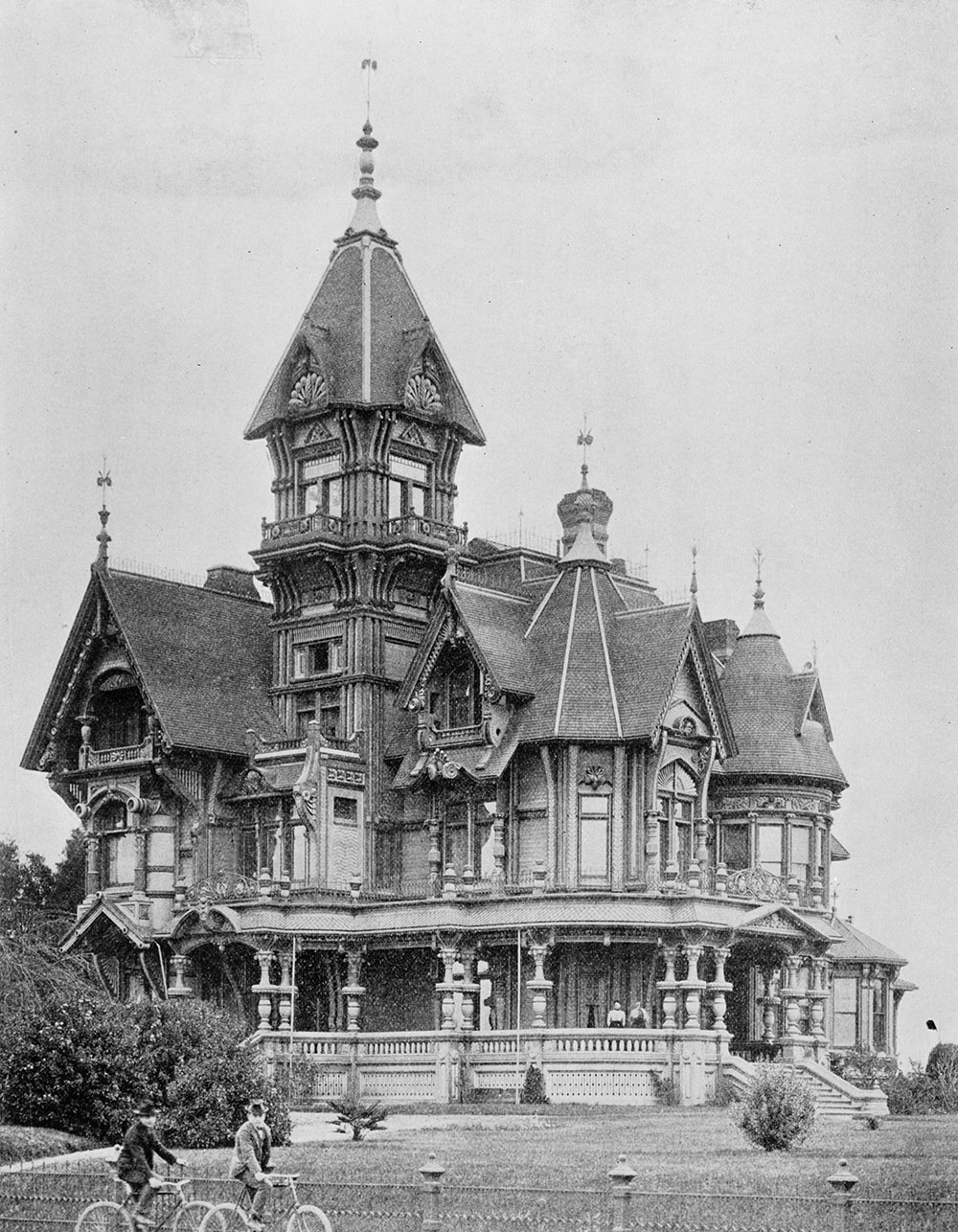 The mansion as it appeared in 1902. Via/ Library of Congress

Carson died in 1912 and his descendants lived in this beloved home until it was sold in 1950 to a trust, and it has ever since been a private club. The Ingomar Club is closed to the public, therefore you won’t find all that many images of the interior as it is today circulating online. 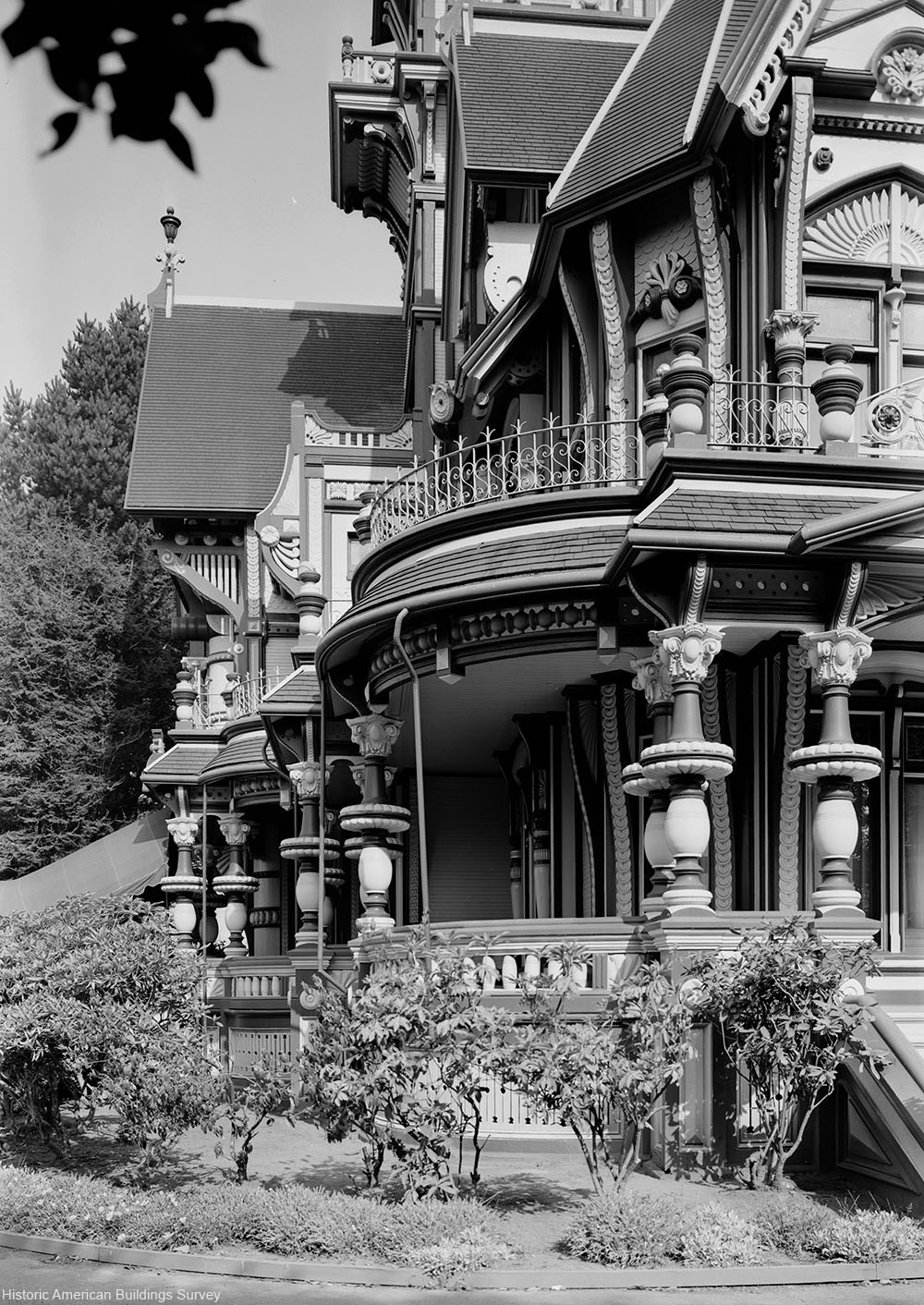 After the mansion was sold in 1950, the Historical American Buildings Survey was granted access to the building in order to document one of the grandest homes in all the U.S. Despite being captured in these photographs and added to the entries for 1964, curiously the Ingomar Club has declined to apply for registration of the mansion as a historic building.

The grand dame of Victorian homes has 18 rooms and over 16,000 square feet of space. It is said that the reason for the intricate wooden carvings on and in the home were to keep Carson’s lumber men employed during a slump in the market. That’s one way to keep your employees on your side! 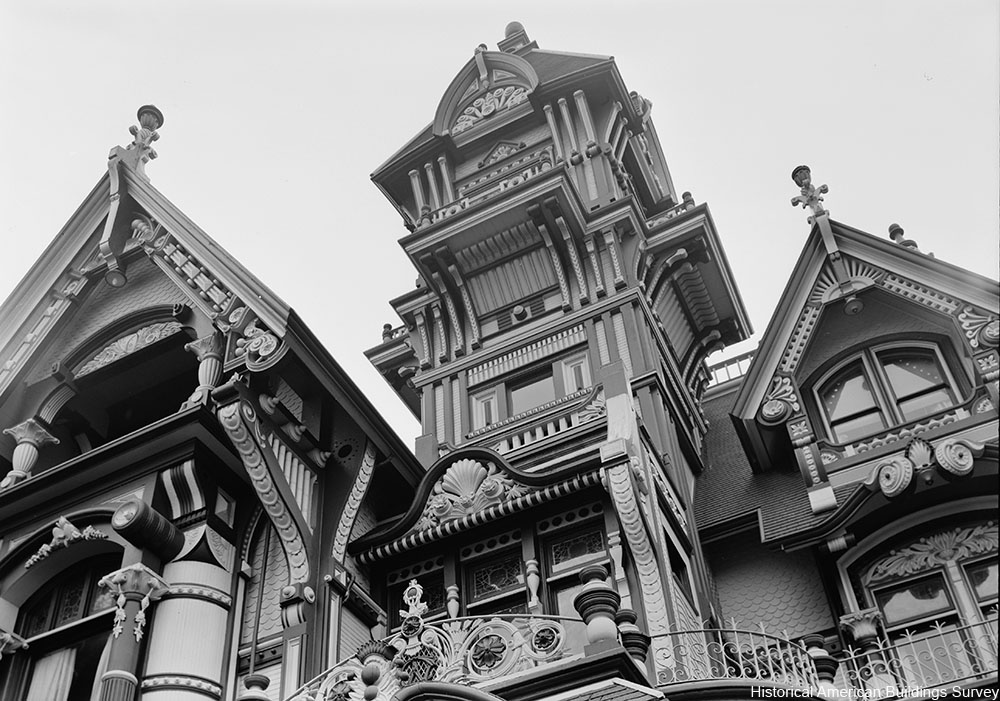 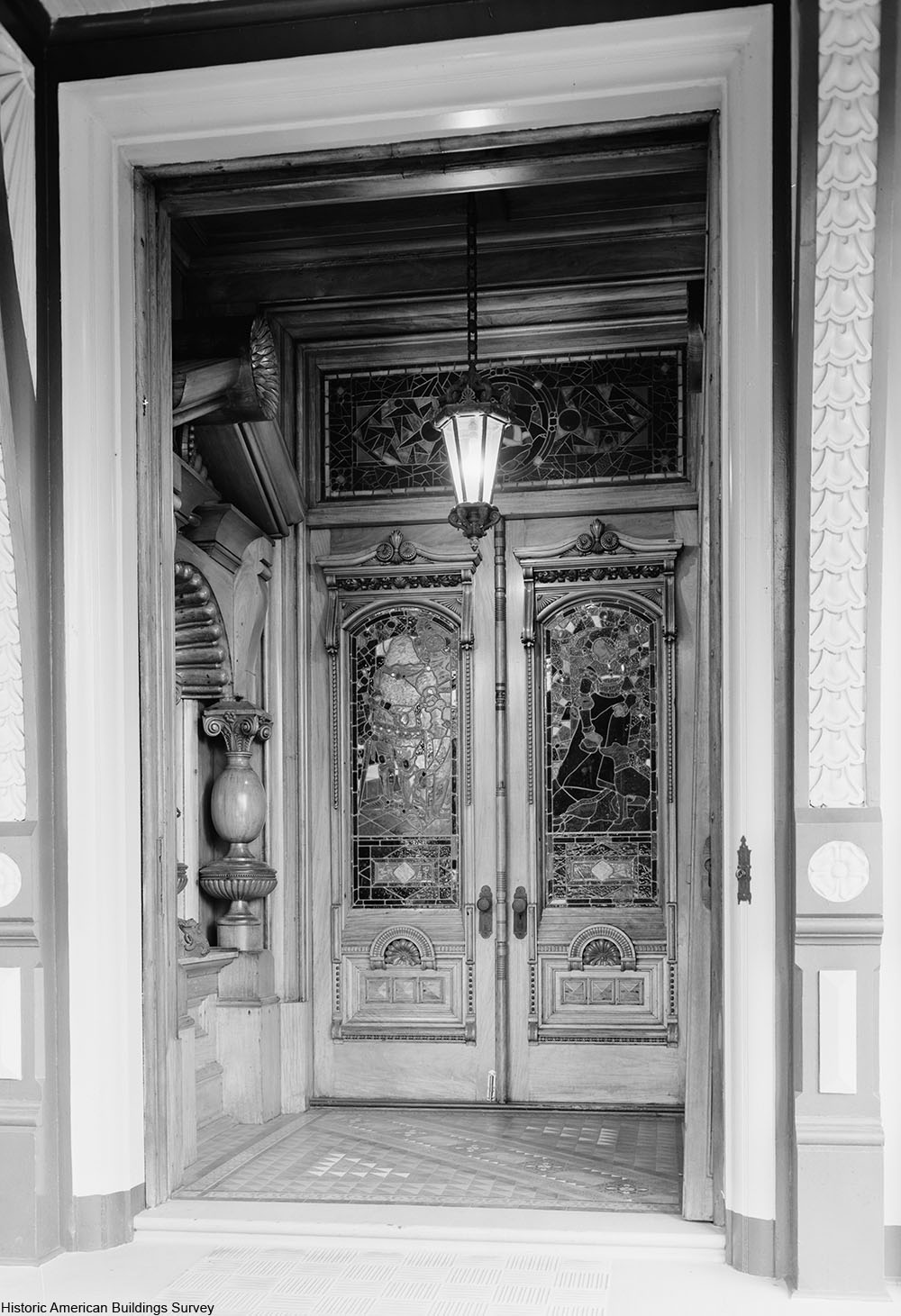 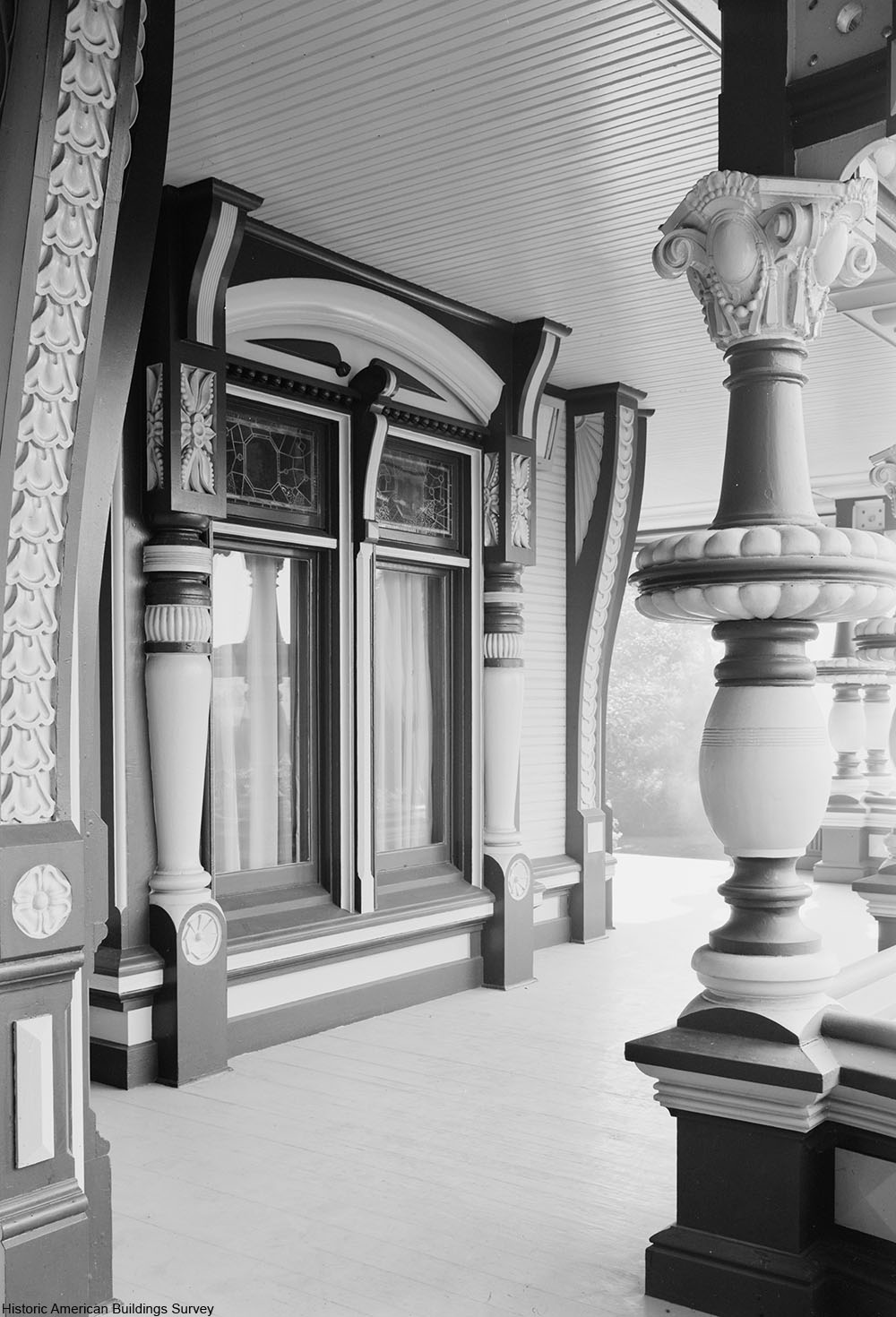 The mansion was built with every opulence and detail in mind, from the elaborate columns on the front porch to the romantic railings on the widow’s walk to the round hallways that bejewel the second story of this fantastical building. The mansion is mix of late Victorian styles- including Eastlake, Gothic, and Italianate.

The front doors have complex stained glass insets and the very Victorian themes of urns and rosettes can be found throughout the home. Onyx fireplaces, redwood moldings, and mahogany details give an idea of how expensive this home was to build, one of the West Coast landmarks of the Gilded Age.

The mansion was designed by the Newsom Brothers, a well known duo in the area. Many of their buildings still stand, all with the over-the-top style that the Victorians were so overtly fond of. 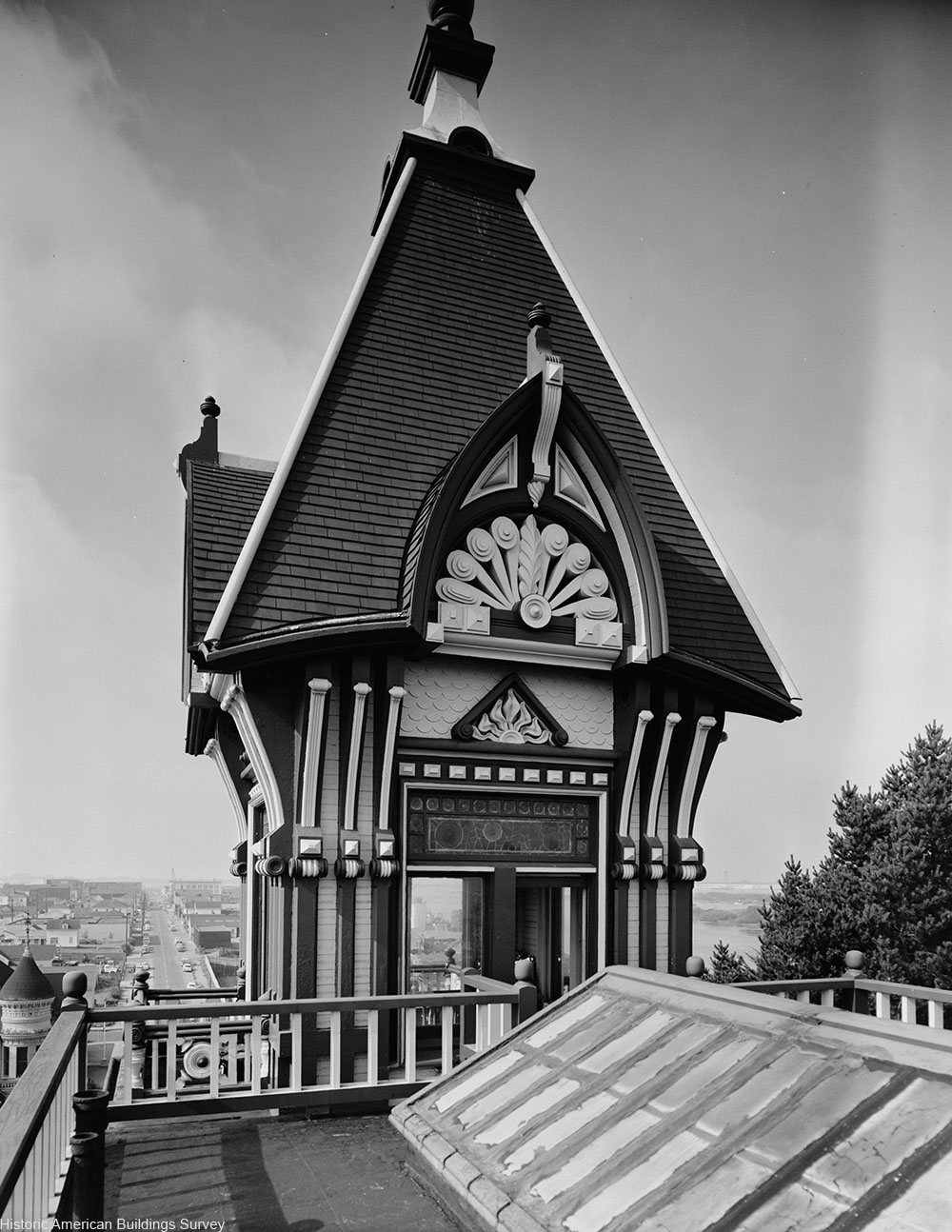 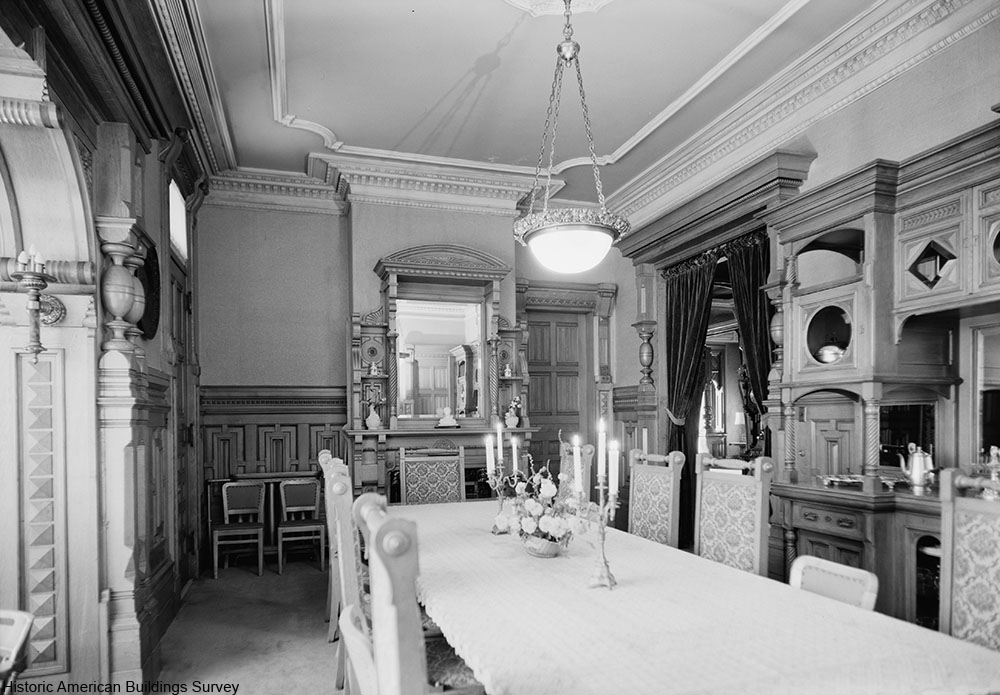 The Carson Mansion dining room features custom made oak furniture to fit the space. Via/ Library of Congress 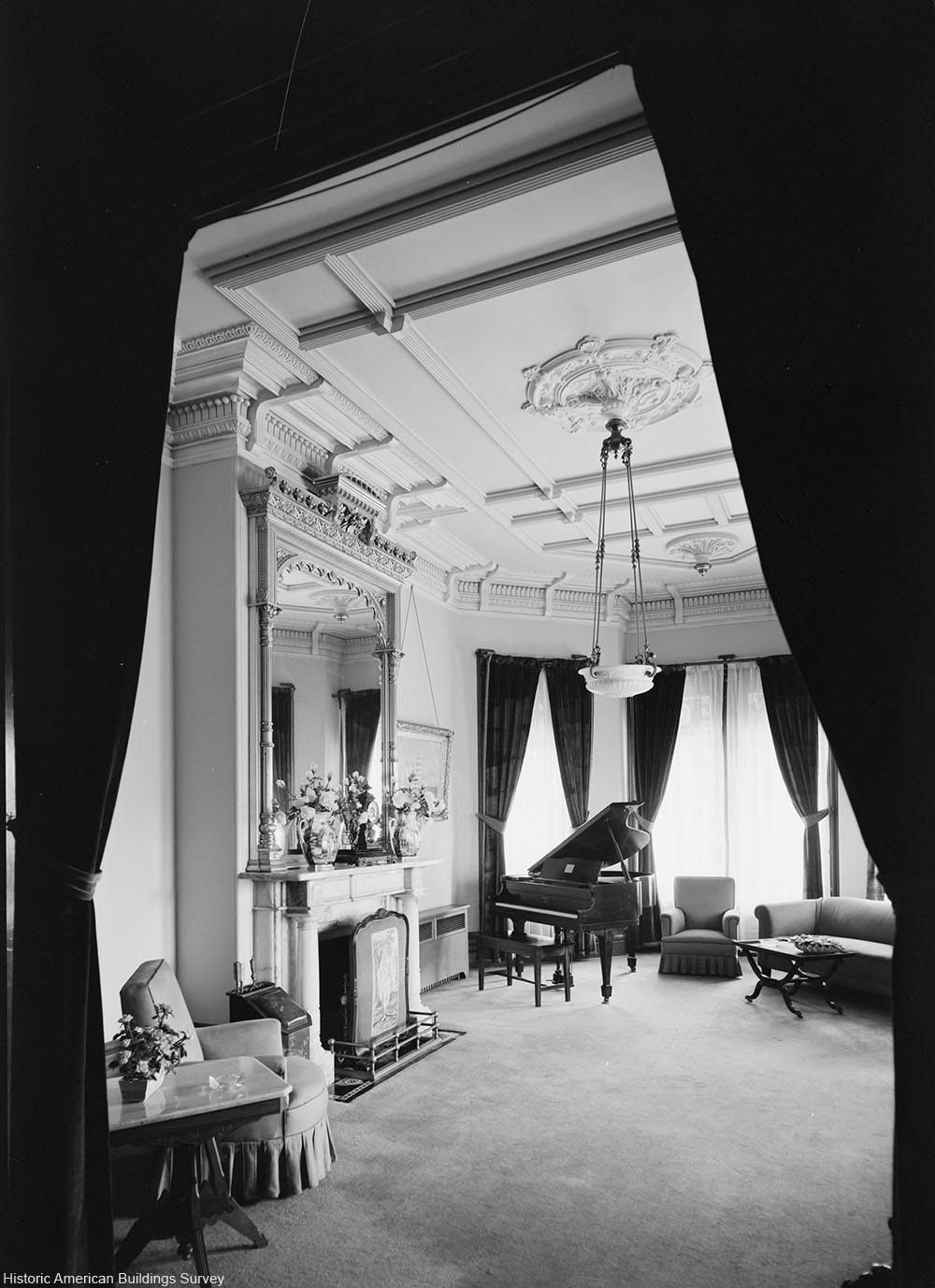 There is another mansion in the town of Eureka also sometimes referred to as the Carson Mansion, however that smaller home was a gift from William Carson to his son, Milton. That mansion is painted pink and for that reason is also referred to as the “Pink Lady”. 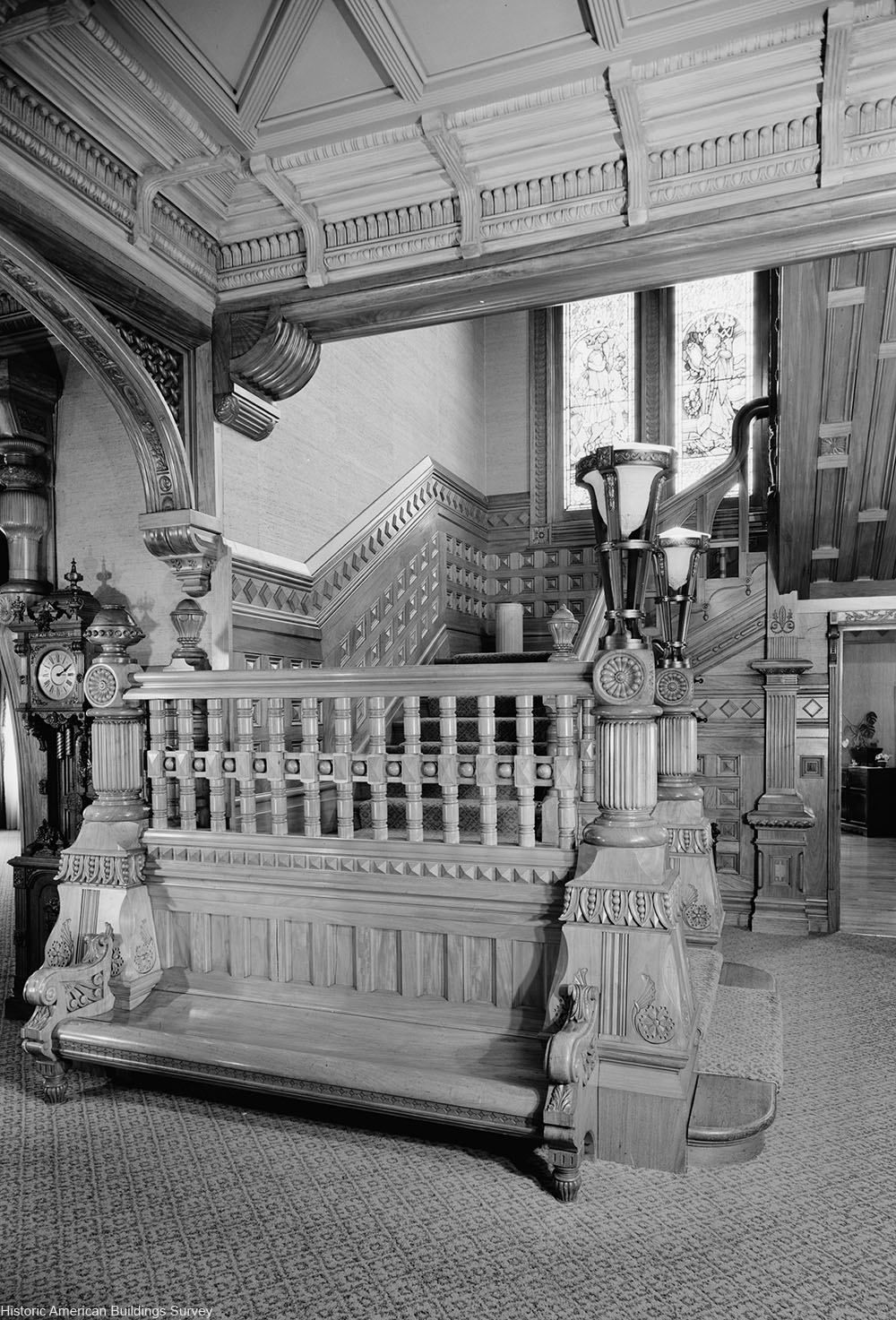 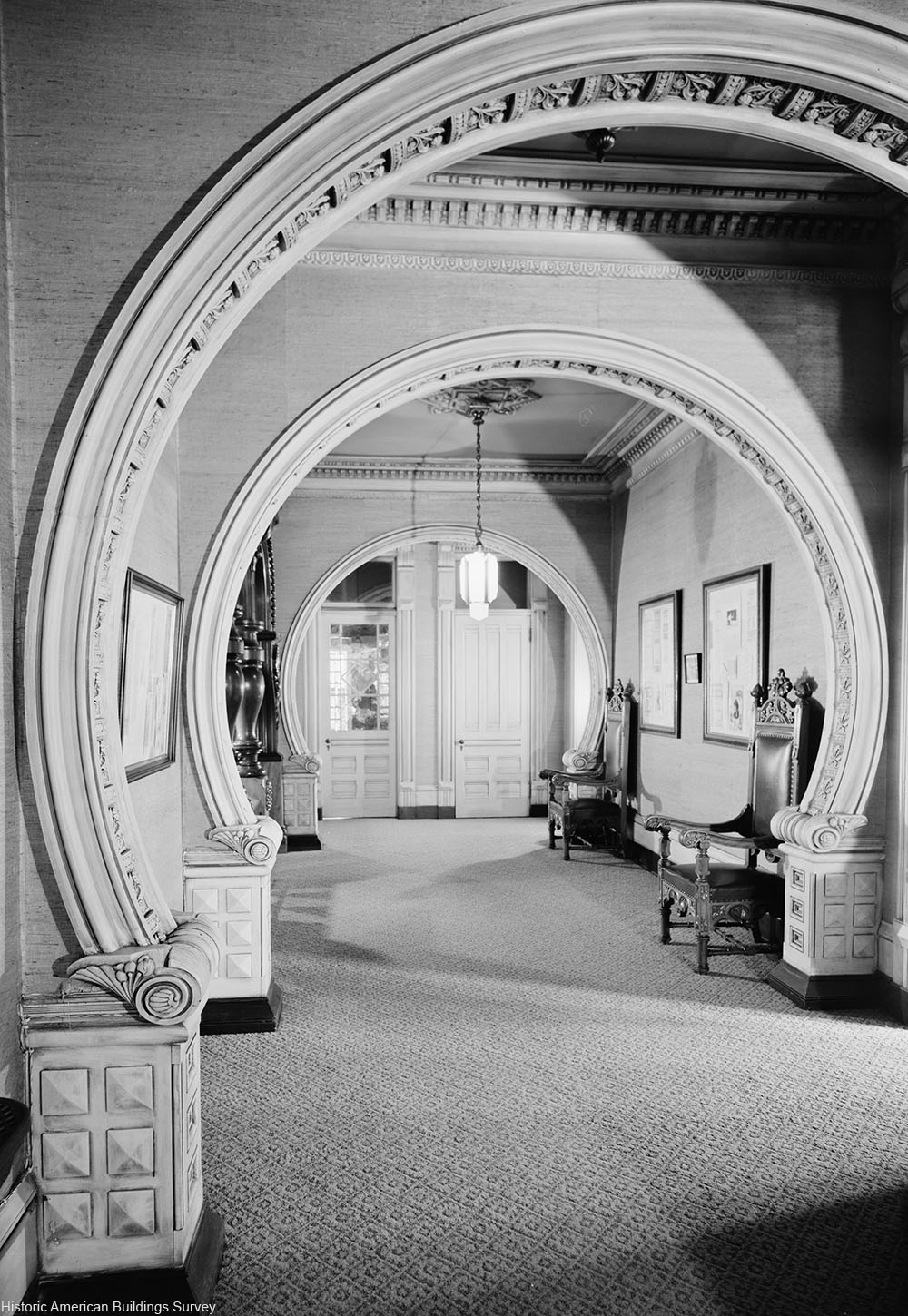 The round hallway adornments on the second floor are one of the most striking aspects of the building interior. Via/ Library of Congress 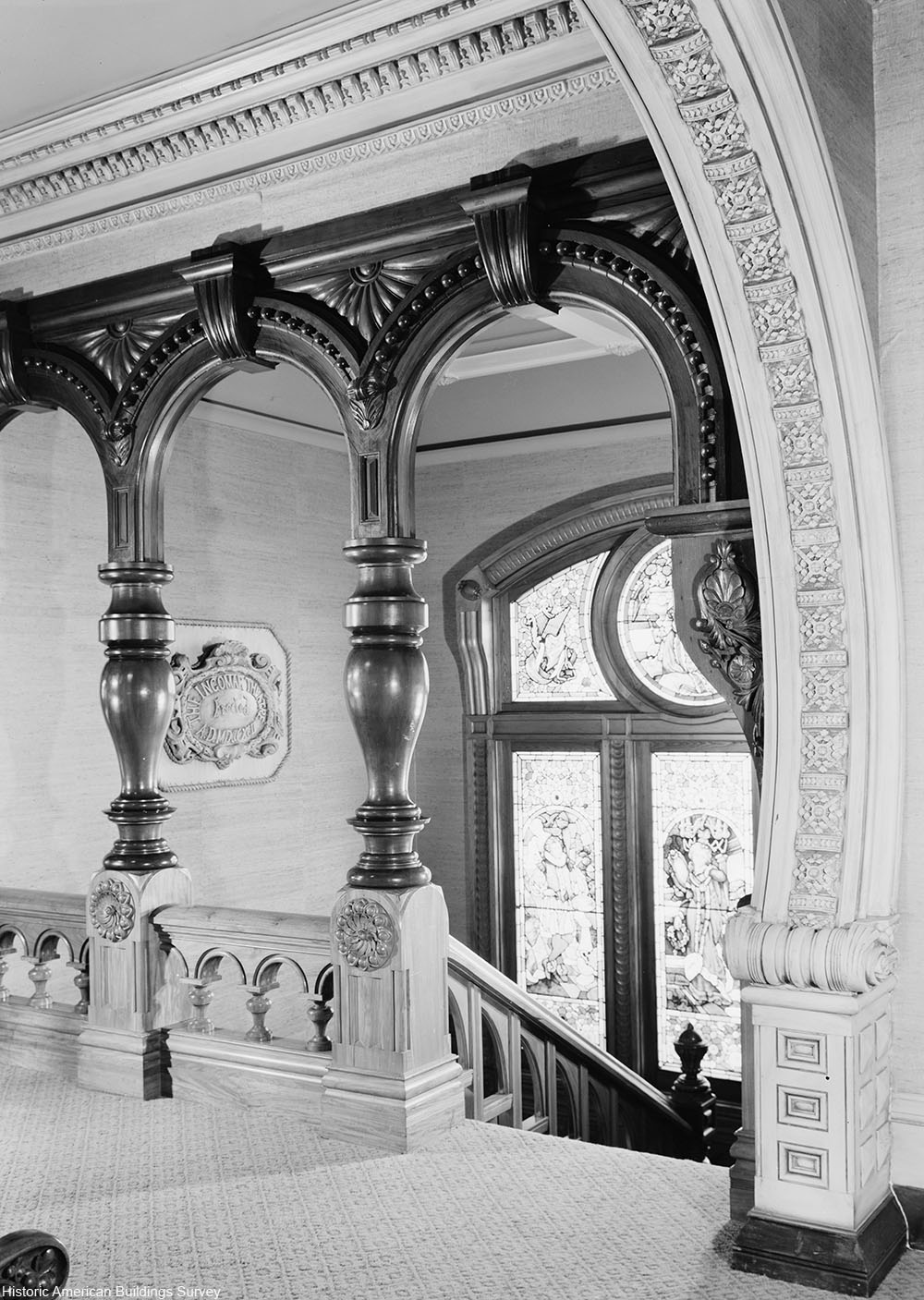 The plaque on the wall reads: “The Ingomar Club Theatre Erected MDCCCLXXXV”. Via/ Library of Congress

Today, the Ingomar Club appears inside and out to be largely unchanged since the days when Carson himself lived there, with a great emphasis placed on maintaining the splendid period-appropriate furnishings in every room. Perhaps they haven’t registered the building because the mansion is already being meticulously cared for. Let’s hope that continues so that this piece of history is never lost. 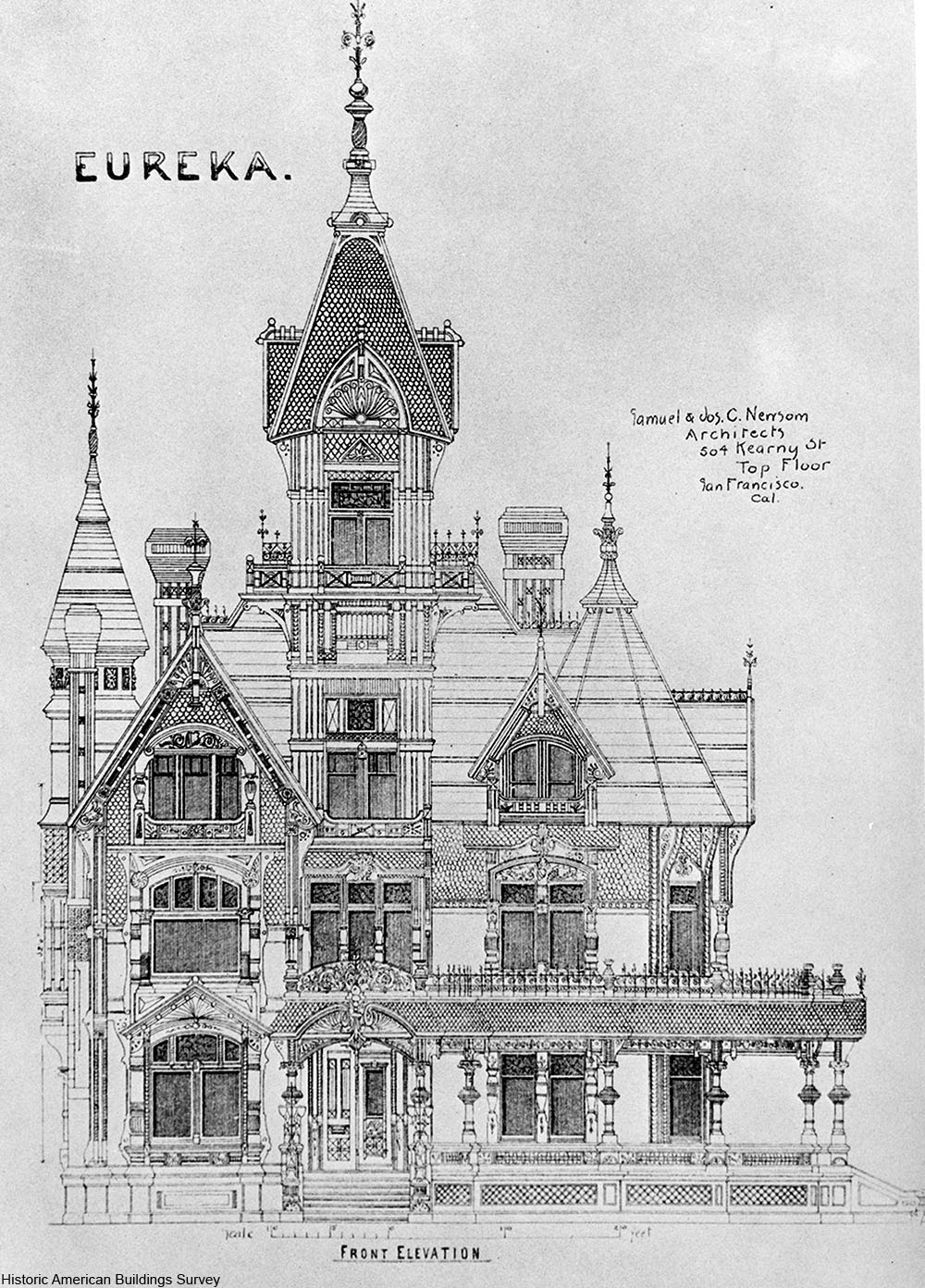