2019 was the year of fried chicken sandwich wars, and 2020 is already gearing up to be the year of breakfast wars in the fast-food industry. McDonald’s recently announced that they are releasing new breakfast items while Wendy’s is rolling out a breakfast menu soon. Now, Burger King is entering the games with their Breakfast Croissan’wich.

According to Chew Boom, the sandwich is set to hit select locations in late January.

The Croissan’wich will feature a flaky croissant cut in half, an egg patty, American cheese, and a plant-based Impossible Foods sausage. 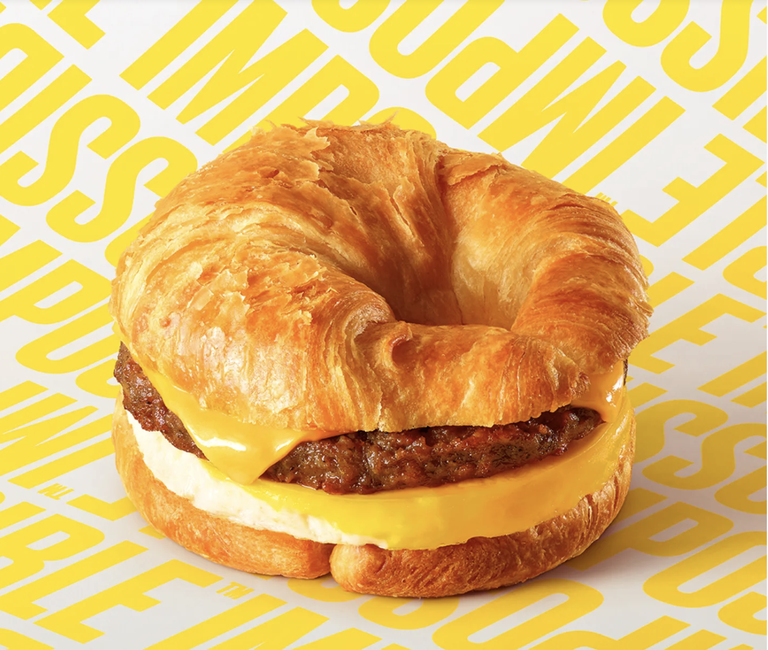 I know what you’re thinking…It’s super strange that Burger King would keep the egg and cheese even though they are using a plan-based vegan patty. But they aren’t the first sandwich that cut meat but kept other non-vegan items. The fast-food chain released a “Rebel Whopper” that has a soy patty but also included mayonnaise. Additionally, the sandwich is cooked on the same grill as the real meat patties, so it’s technically not suitable for strict vegans and vegetarians.

Chew Boom reports that the Croissan’wich will first be tested at 139 restaurant locations in Georgia, New Mexico, Alabama, Illinois, and Michigan before rolling out nationwide.