Antique Silver Hallmarks And Their Meanings

If you’ve ever stood in an antique store pondering what the marks on a piece of silver mean then you understand how confusing they can be. The fact that such a huge number of marks have been used all over the world makes the task that much more difficult. But, armed with some knowledge you can figure out the percentage of silver and probably where a piece was made if you know how to identify the hallmarks on silver pieces. 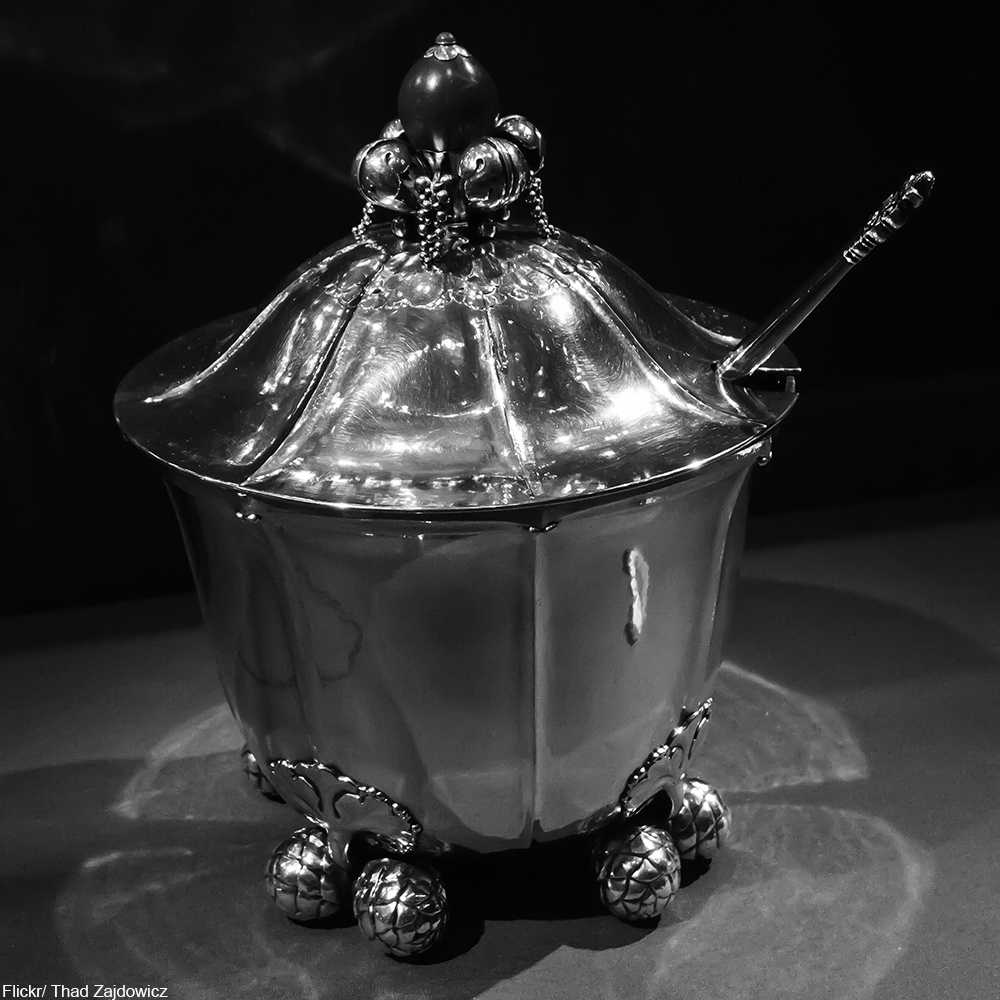 Tableware is the common form that silver takes, followed by jewelry. The copper content of sterling silver (which is actually an alloy to make to increase durability) is the reason that sterling silver tarnishes and has to be polished regularly. Fine silver does not tarnish and the same is true for argentium silver, which is an alloy of fine silver with the metal germanium invented in 1991.

The most common symbol for antique British sterling silver is the passant lion (in heraldry pose). This symbol was later adopted by other countries as well to show that a piece was 92.5% silver and 7.5% copper.

Other marks that indicate sterling silver from the British Isles includes various letters, crowns, anchors, castles, shields, and faces in profile. In the case of Glasgow silver, a single capital letter, used in 3 separate fonts, is an indication of the year it was produced. This system was in use from 1819-1896.

One of the most common American makers is Gorham, whose symbol changed with the year well into the 20th century. Other marks found on Gorham are the passant lion, a capitol G for the brand, and an anchor for the assay office. Gorham was later sold to (among others) Dansk and Lennox. 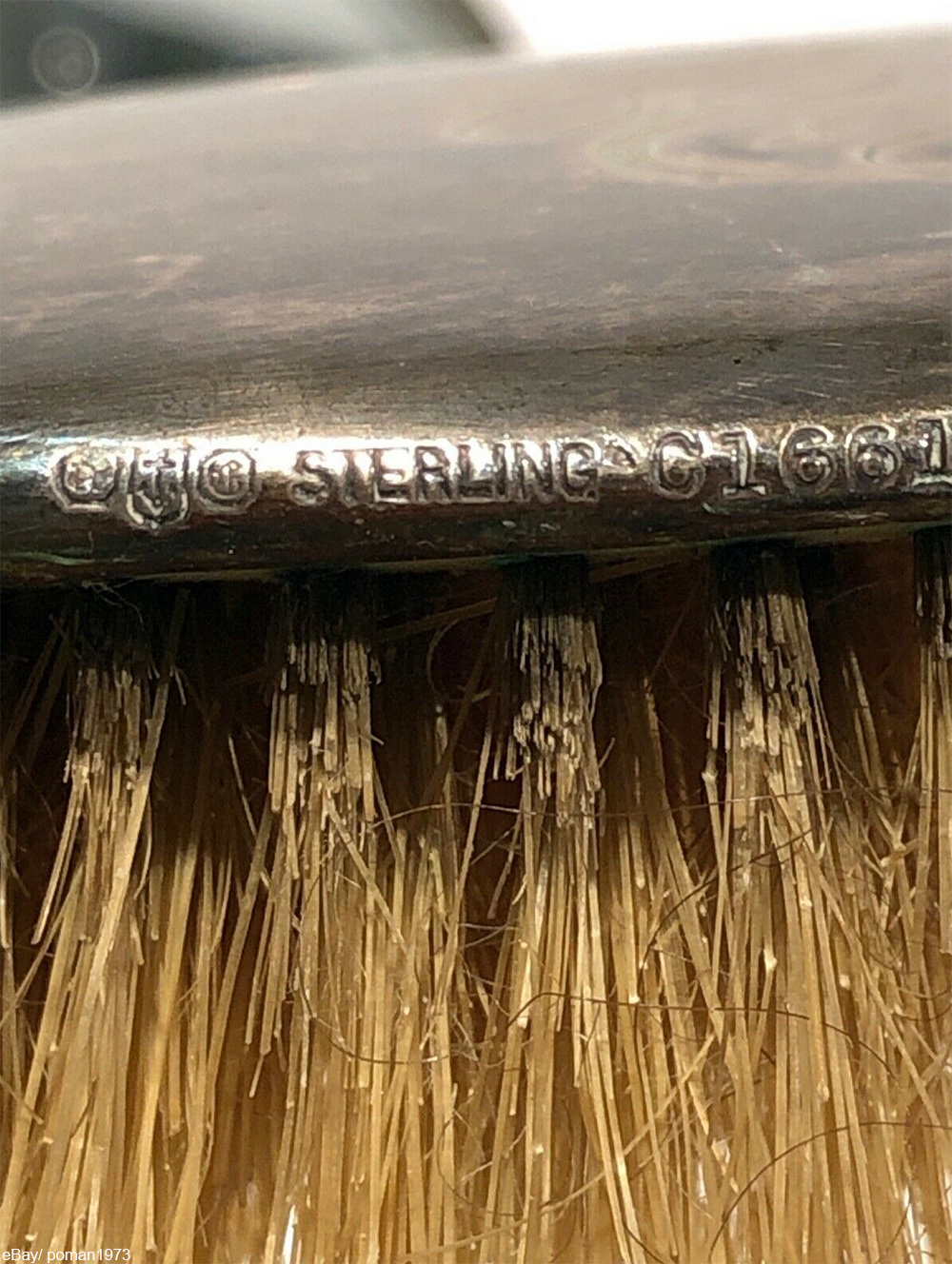 This is by no means an exhaustive list of symbols, as brands and countries not listed here increase the variation of symbols which can appear on silver pieces.

American sterling marks on antique pieces use the lion or sometimes the dragon symbols in addition to the letters and/or symbols which signified the company or maker.

Each country at one time had their own markings. In Sweden, letters of different fonts indicated where the item was made, letter/number combinations were used for the year it was made, and then the assay mark followed.

British silver will also have the mark of the assay office as follows: a leopard head (with or without a crown) for London, castle for Edinburgh, a flower for Sheffield, and an anchor for Birmingham. This type of silver may have other marks for the Coronation in 1953 or other royal events. 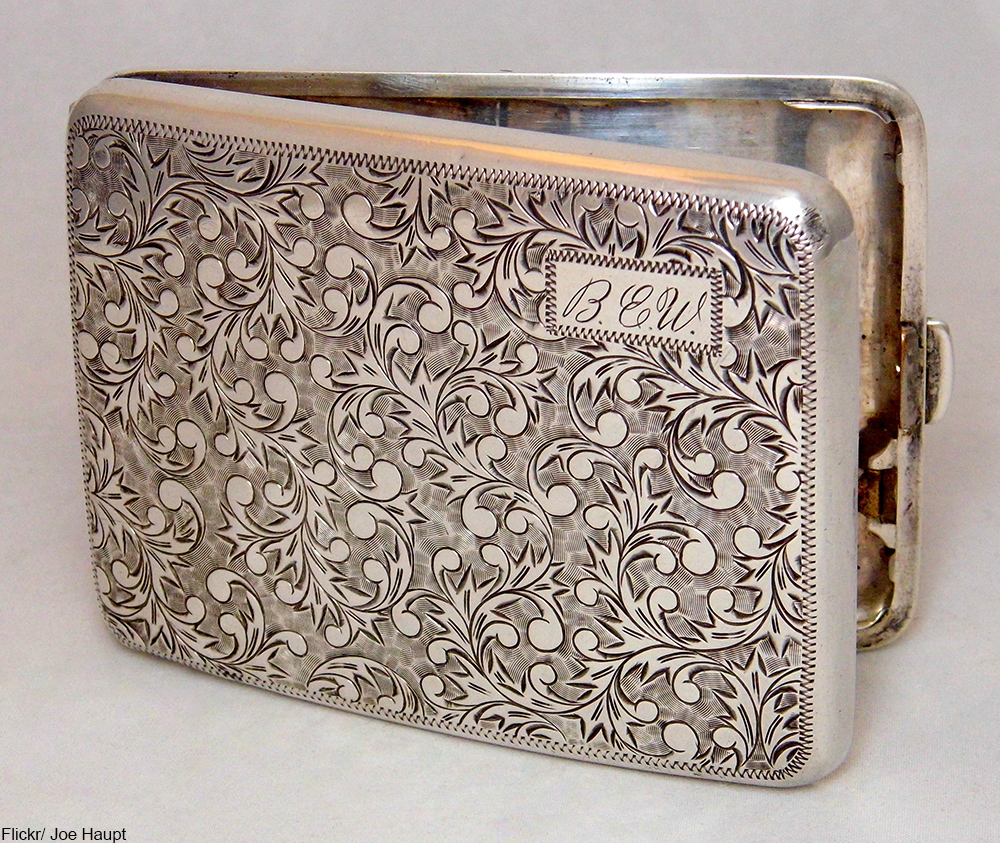 100% silver pieces are known as fine silver and are much more easily damaged than alloyed sterling silver. As such they are quite rare and are most commonly found in jewelry pieces which won’t get the wear and tear that a sugar bowl might.

A standard of silver in between fine and sterling is Britannia silver, marked by the goddess Britannia (a seated woman with a spear) who is the embodiment of the British Isles. The purity of this silver is 95.8% silver to 4.2% other metals. A mark of 958 would also indicate this alloy. 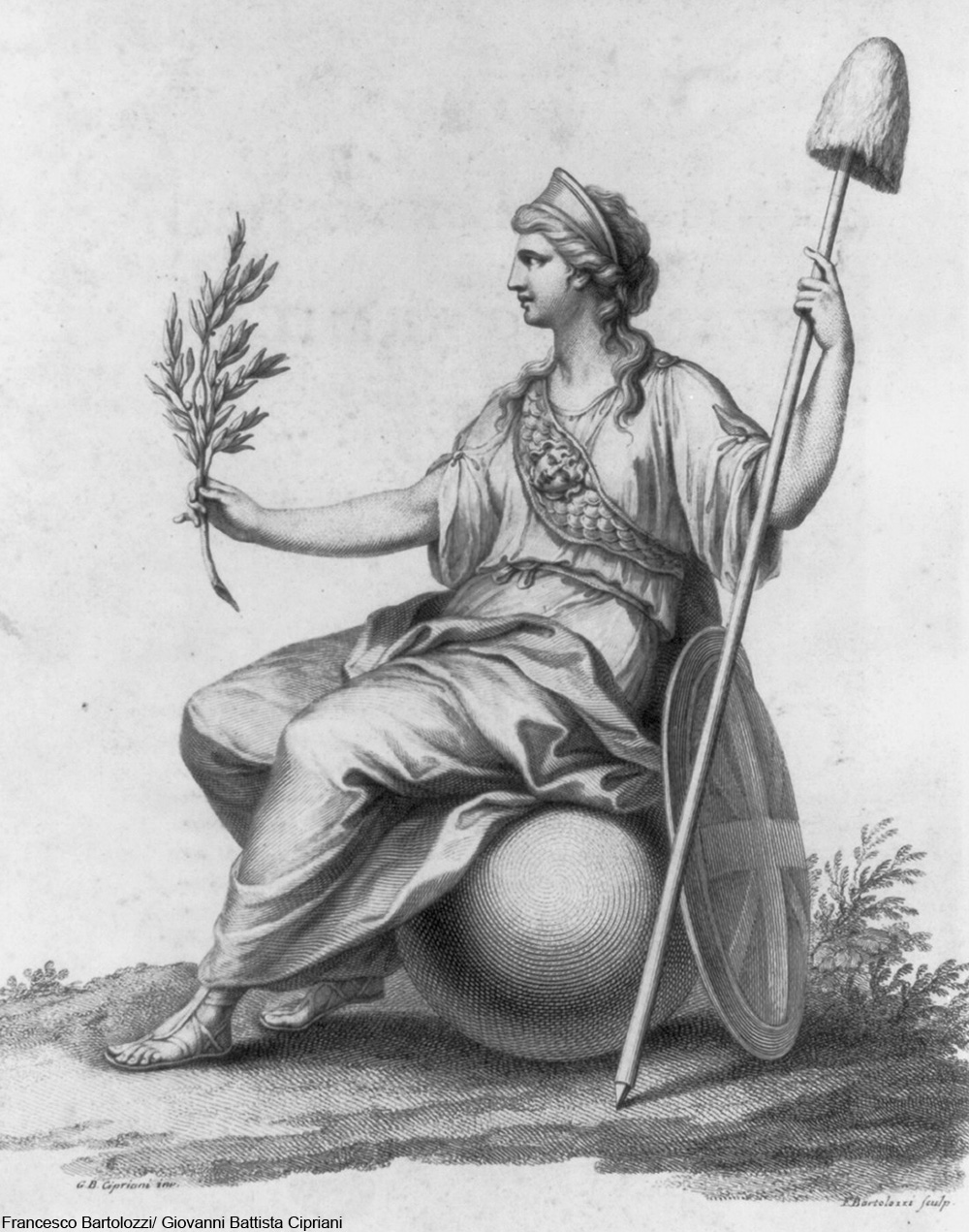 German, Venetian, Scandinavian, Russian, and Nevada silver are just some of the lesser silver varieties. These are solid pieces, but the alloys contain a smaller percentage of silver than sterling. This will often be indicated by a mark like 800 for German silver, which is 800 parts silver and 200 parts nickel or other metal, or 830 for Scandinavian silver which is 830 parts silver and 170 parts other metals. This rule applies for all non-plated metal markings: the three numbers represent the parts per thousand of the main metal. 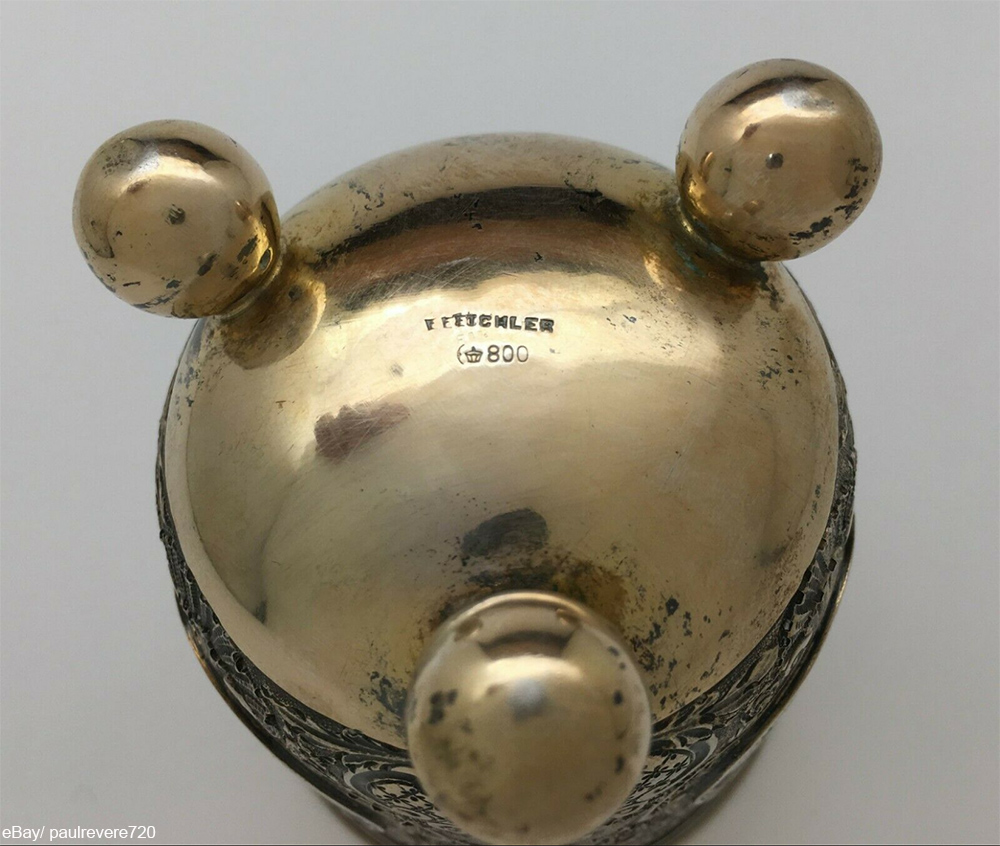 Early American silver coins were not sterling, but rather a lower percentage of the alloy of silver (89.2 instead 92.5) as British sterling wasn’t adopted as an international standard until 1868.

These pieces will often be marked with “EP” or “SP” or “P” (for electroplate, silver plate, plated respectively). Hotel silver is an example of sturdy silver plate used on railways and in hotels which looks like sterling but is much hardier, perfect for a bustling service environment. 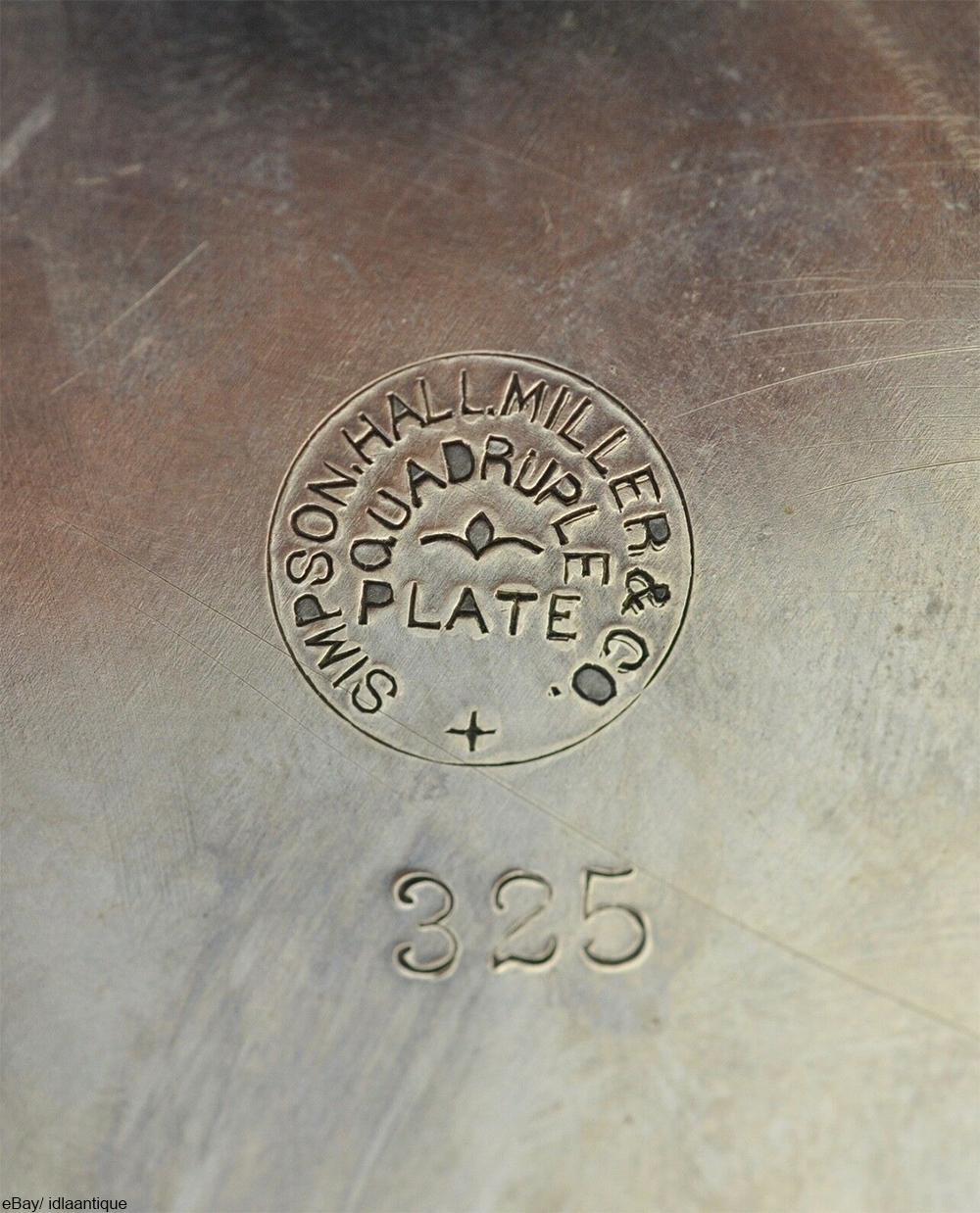 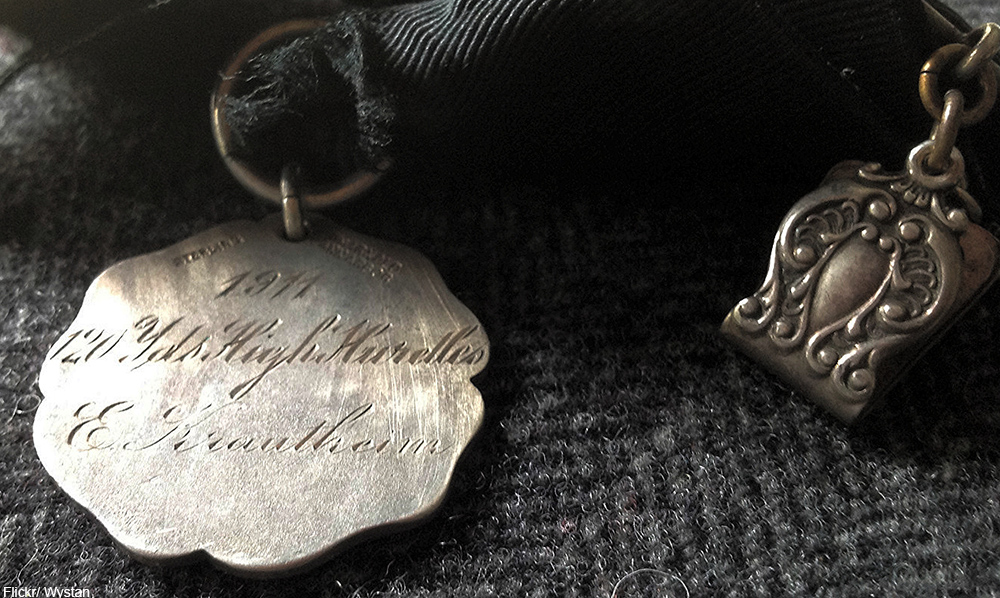 Medal from 1911 with the clear “sterling” stamp. Via/ Flickr

Always look closely at the markings on silver pieces, as the finish of style is rarely an indication of metal content. Modern silver marks, regardless of where they were produced, will nearly always contain the marks “925” or “sterling” somewhere on the piece.

How to identify Delft pottery : Click “Next Page” below!