Which of These Iconic Vintage Ads Do You Recognize?

Sometimes a jingle or a slogan just gets stuck in your head. Perhaps an ad really made you chuckle or made you think about a product in a while new way. Advertising that we remember well- even after the ad is long gone – tends to sell a lot of product. Here are 9 ads that were so successful that we still remember a few of them to this day! 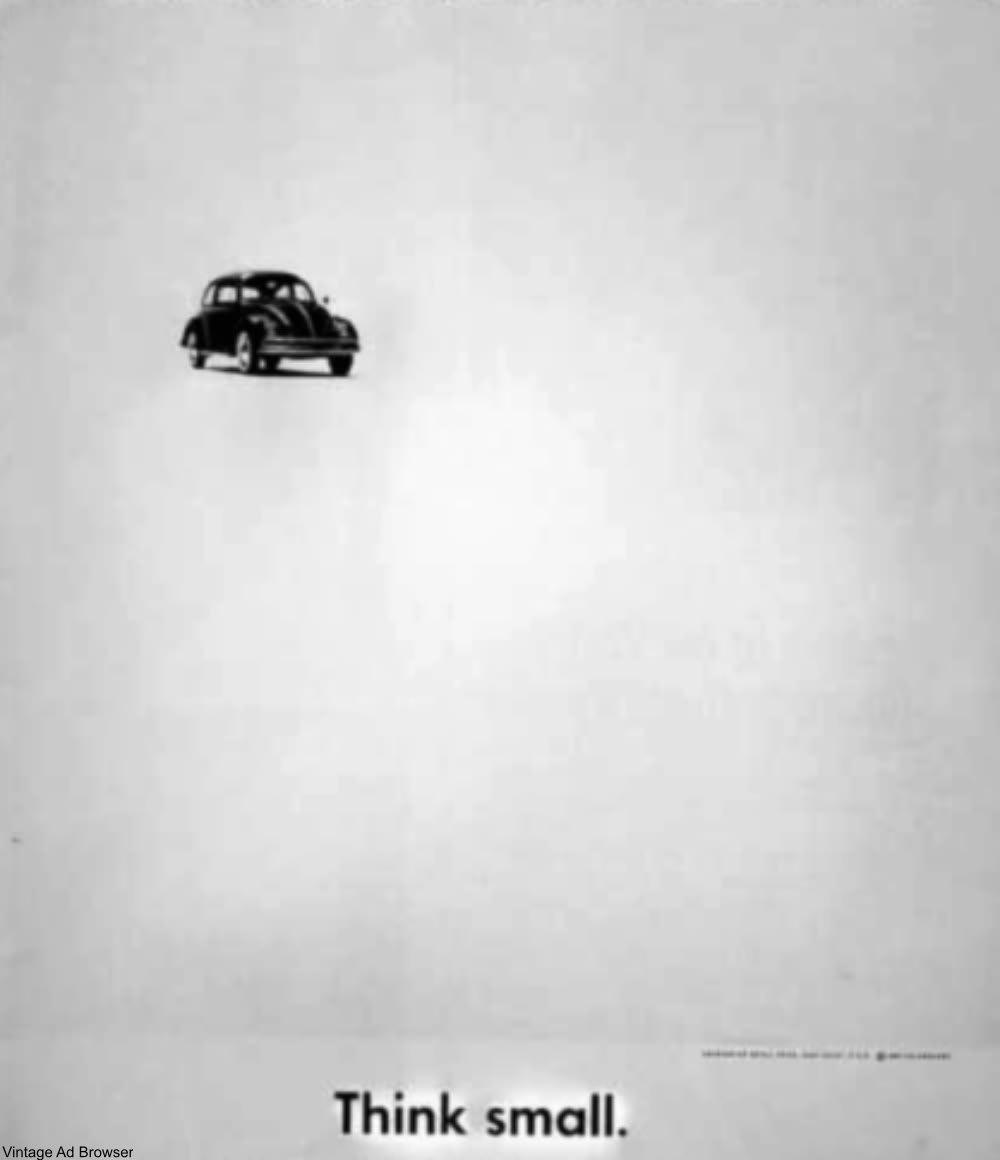 This Coca Cola ad campaign was one in a long line of successful slogans that focused on refreshing taste and taking breaks just to have a Coke. Even though this campaign launched nearly 90 years ago people still reference these iconic ads. 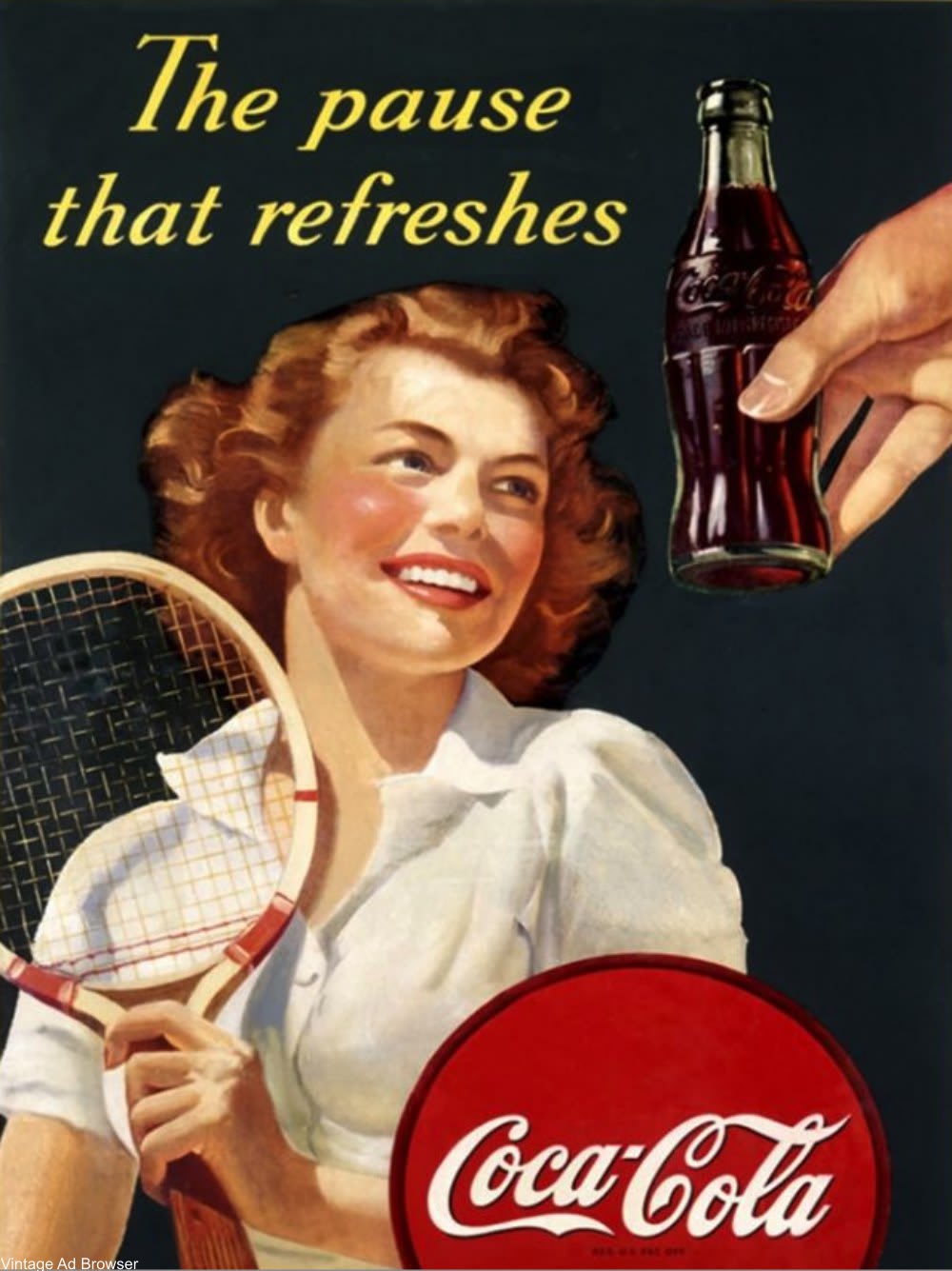 Before the Great Depression Heinz advertisements focused on the taste and purity of their ketchup. But, beginning in early 1930s their ads showed ketchup on just about everything from shrimp to steak and much more. Later their slogan would be “no other ketchup tastes like Heinz” when people already had started using ketchup as an abundant and cheap way to add color and flavor to many foods during the Depression and beyond.

Ketchup sandwiches, ketchup on spaghetti, and hot water mixed with ketchup to make a soup were just a few of the ways that ketchup became an integral part of Depression era cuisine. These ads of the 1930s and beyond for Heinz helped further make it a must-have American condiment. 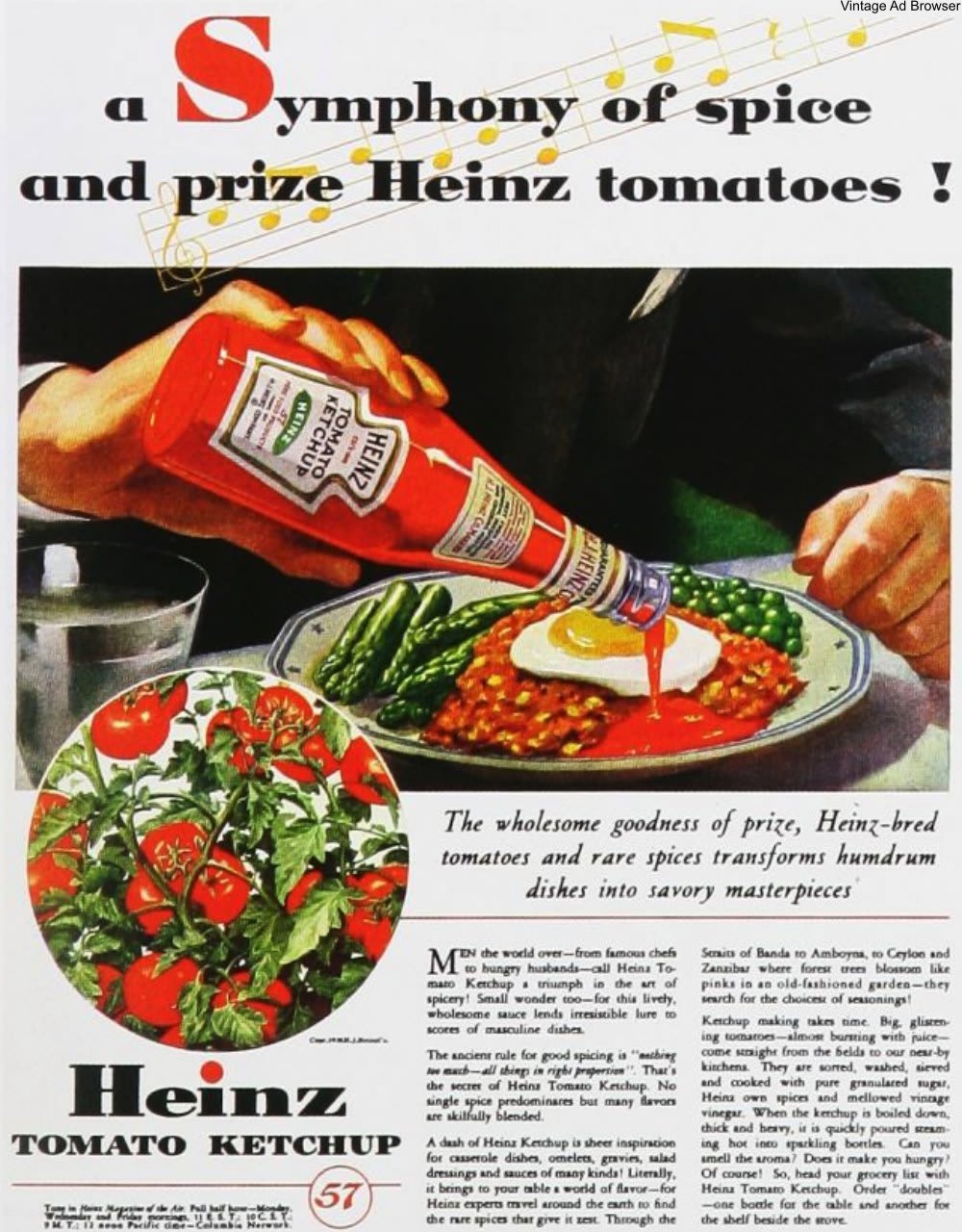 After diamonds came to be seen as purview of only the wealthy during the Great Depression, jewelry companies were looking for ways to make jewels seem more approachable. Instead of touting the luxury of diamonds, De Beers launched a campaign in 1947 which focused instead on eternal symbols of love.

The De Beers’ ads were some of the most successful of any jewelry company of the 20th century since customers responded more to these advertisements than competitor’s displays of luxury and wealth. Thanks in part to these ads, engagement rings became a part of modern marriage for millions. 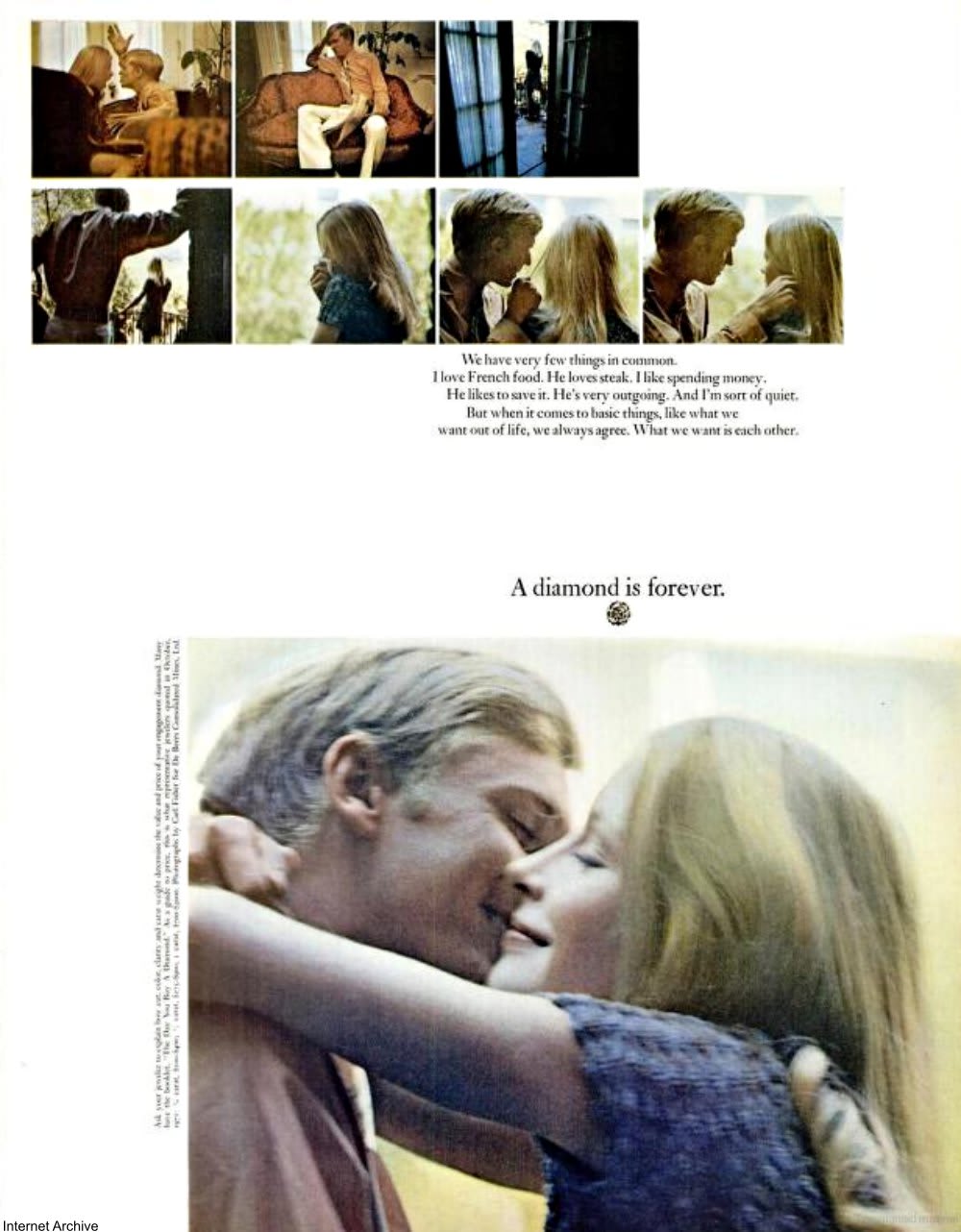 Tourism and citrus have been Florida’s two biggest money makers for decades. Back in the 1950s ads for Florida orange juice began popping up everywhere as response to the newly-invented canned frozen juice which had been cutting into Florida juice growers’ profits.

The campaign played in part on an increased knowledge of Vitamin C requirements and the health benefits of juices, which meant that OJ earned a new place at the breakfast table and ads like these had no small part in that. 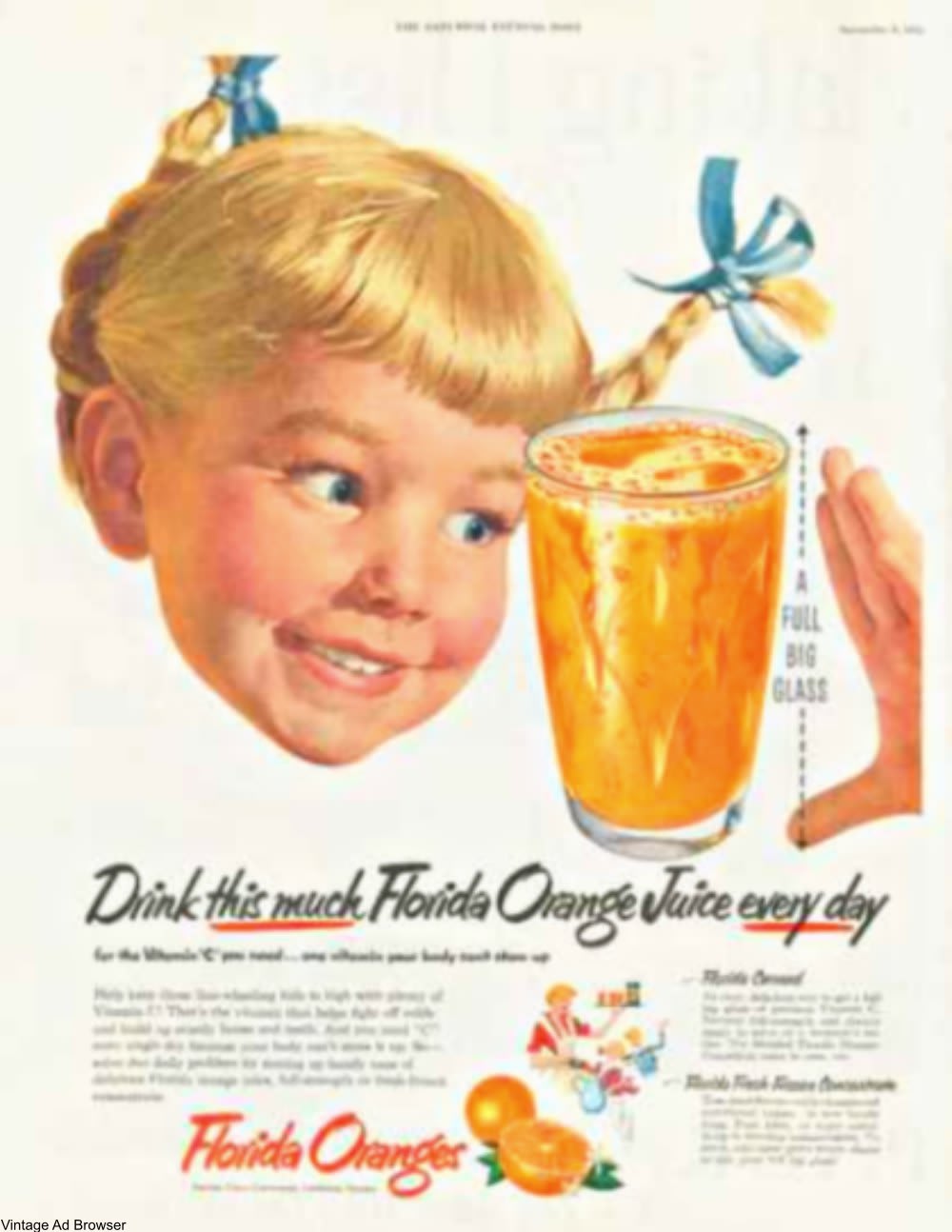