Sprinter Van Is Transformed Into A Luxurious Mobile Apartment On Wheels

If you’ve given up on the extortionate prices of rent these days, but can’t exactly afford to buy a home of your own, there might be a solution on the horizon for you. 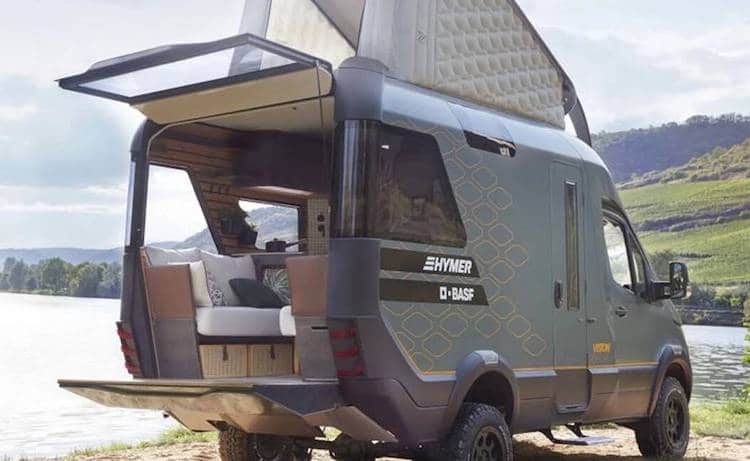 Many people who are into camping and use either campers or motorhomes are always bragging about how they get all the comforts of a regular home, but with the added freedom of being able to travel around wherever they want. And if you’ve ever been inside one of these mobile homes you kind of have to agree, you do get the feel of being in a house, but then there is that perk of getting to go wherever you want. But some of them can kind of feel a little outdated. 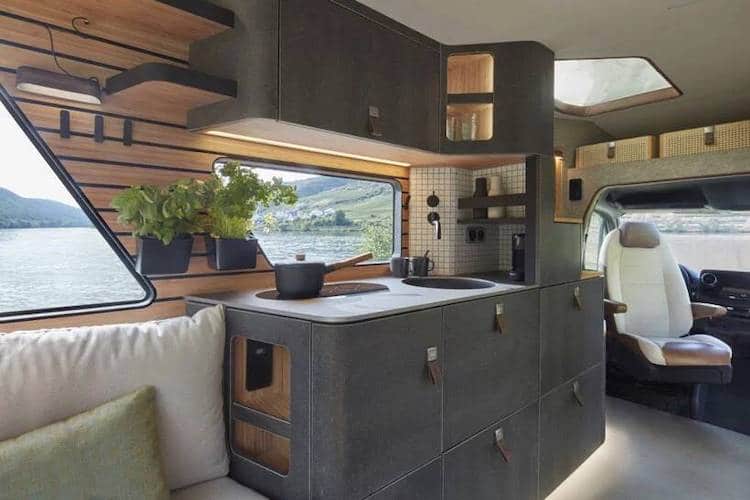 But fear not, there is a new concept that is being rolled out by the German manufacturer Hymer, which is giving us a vehicle that comes so close to being an actual high-end studio apartment on wheels. 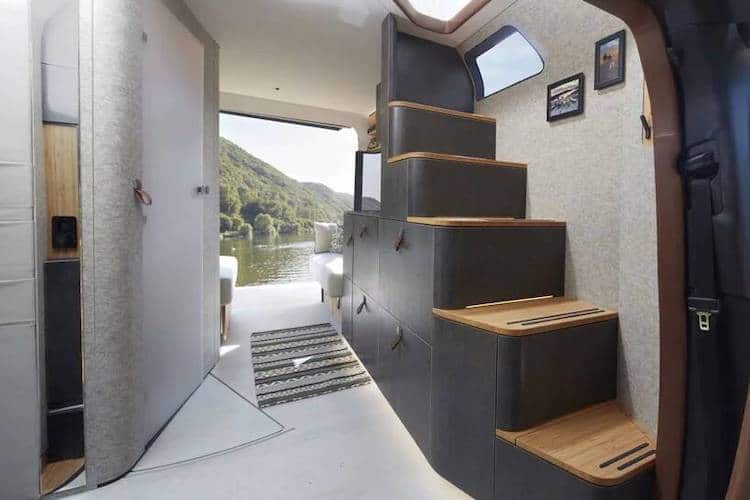 The idea is called VisionVenture. The model strives to reimagine van life for the not-so-distant future of 2025. No more archaic motorhomes of our grandparents’ generation, this is mobile living at its finest! 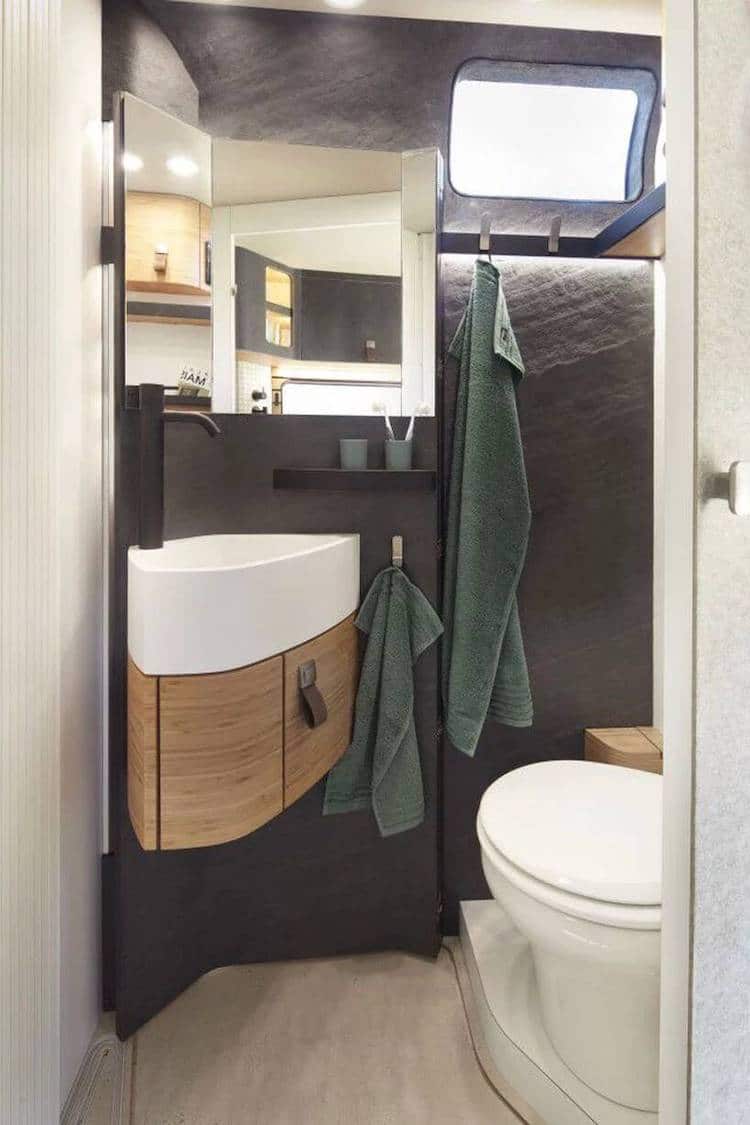 VisionVenture was created off the basis of the latest model of the Mercedes Benz sprinter van. The interior of the vehicle is expanded and then it’s built upwards, creating a second floor. In the upstairs portion, there is a bed big enough for two people, and it has been integrated into a pneumatically-operated pop-top, which provides plenty of headspace for sleeping. It also becomes a tiny balcony to the outdoors. 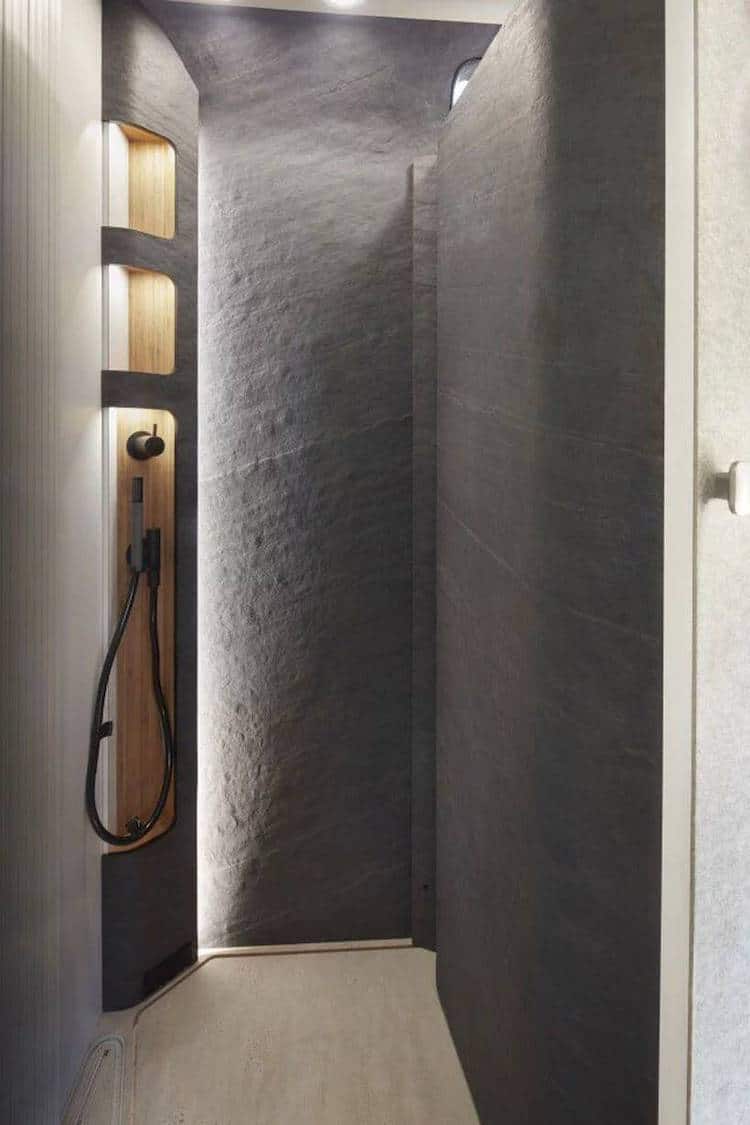 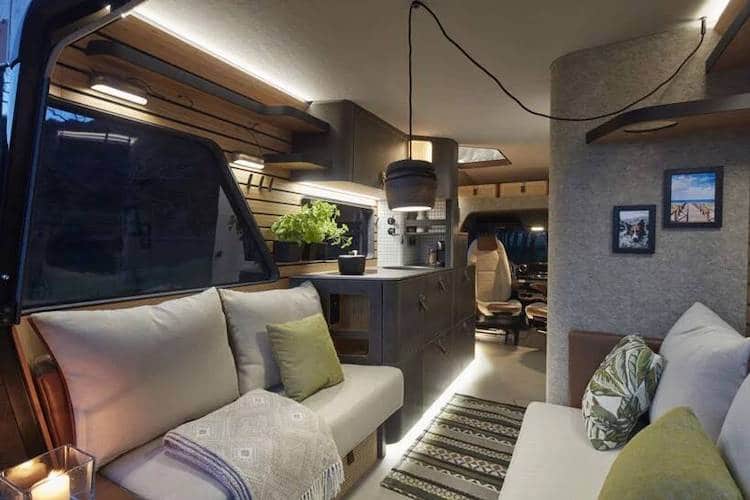 Downstairs on the main floor, it comes equipped with a kitchen and lounge space that has two couches. The bathroom is located on this level as well, and it does an excellent job of conserving space with features like a rolling wall and rotating vanity. By having these features, the bathroom can transform from a toilet and sink into a fair roomy shower. 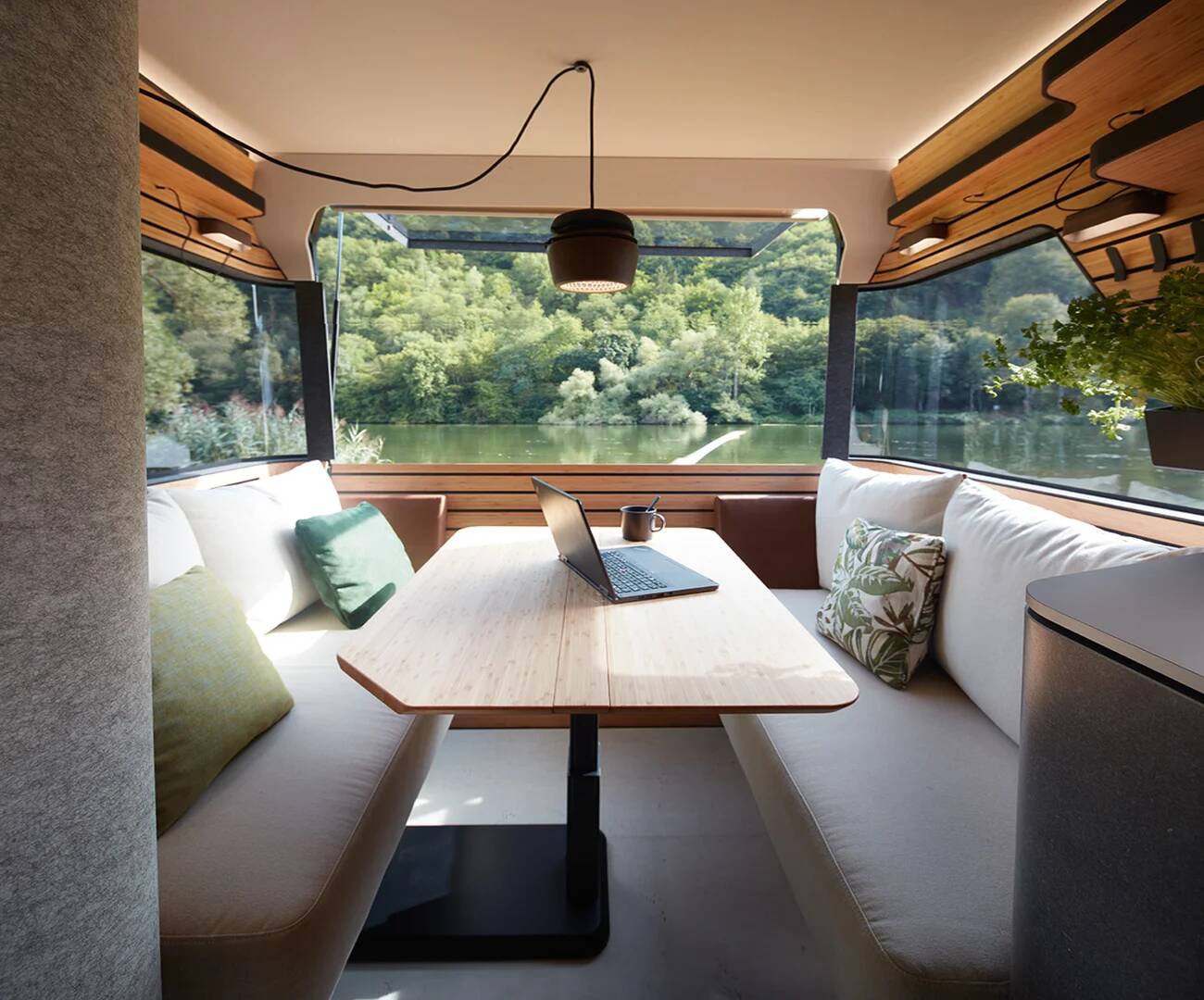 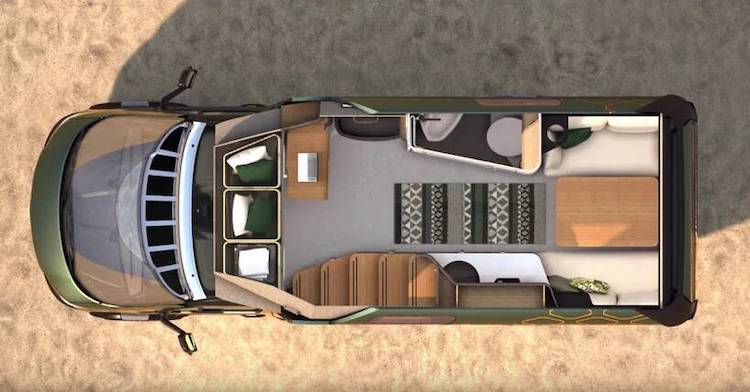 The finishing of the space is what helps the mobile home feel like a luxury apartment. The interior is bamboo with grey felt and leather drawer pulls. The space is open and airy having been included with massive windows. Plus if you’re feeling up to it in the warmer months you can pop open the rear doors and set up the fold-out deck – which comes with a sliding grill – and really feel like you’re in a proper home. 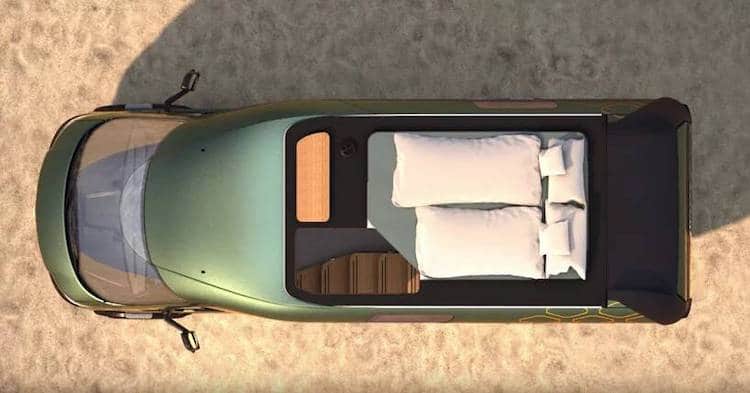 The only real question is, where do you want to park your new place?