Who remembers that episode of “Friends” that was titled “The One With All the Rugby” where Monica becomes obsessed with discovering the purpose of a mysterious switch in the apartment across the hall?

By the end of the episode, curiosity had driven her to bash several holes into the wall. 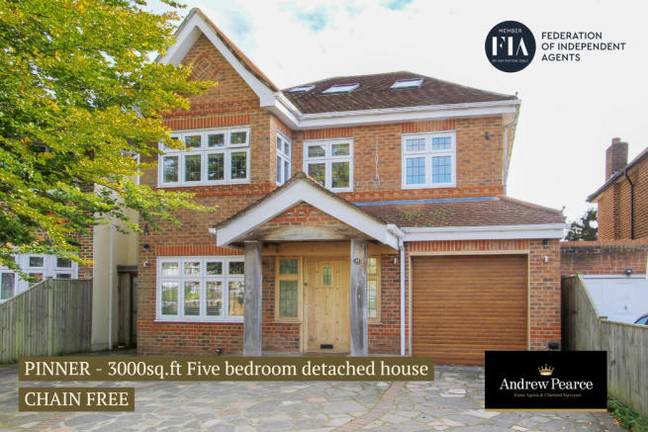 Well, Monica from “Friends” would absolutely loathe this strange five-bedroom property. Electrical fixtures in this home are definitely an unexpected feature that is pretty prominent.

The home is located in Pinner, Middlesex and is listed on Rightmove so the low, low price of £1,350,000. It’s lovely though!

For the price you’d pay, you could expect to get five bedrooms, three bathrooms, a large garden, and garage, as well as a “stunning kitchen” plus a “warm and welcoming conservatory” that features double French doors that open out onto “the large patio area.”

However, there is one room that the listing didn’t mention, yet the internet made the discovery for us.

The bizarre property was spotted on Twitter, by a user named Toby Davis, who posted a link for the listing, saying, “Thinking about buying this house, but I’m not sure it has enough plug sockets.”

Thinking about buying this house, but I’m not sure it has enough plug sockets. https://t.co/h11wk8dFiS

His tweet has since accumulated more than 4,000 likes and 1,600 retweets…it looks like the rest of the internet is just as confused as he is. 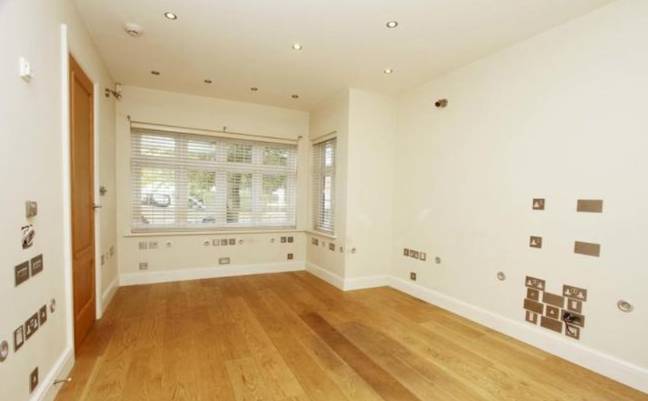 Nothing can quite explain why there needs to be that many sockets in one space.

Others on Twitter were equally as confused, with one person asking if the room could be used as an arcade, while another just said that it looked like the house had a case of “chickenpox.”

Someone else made a joke that the home’s electricity bill must have been £1,452,092, while another Twitter user simply said that the sight of it “genuinely makes me feel ill.”

While it’s a lovely home, I suppose we will never know what the architect was thinking when they put in all those plug sockets.