How to Make the Infamous Chocolate Cake From Matilda 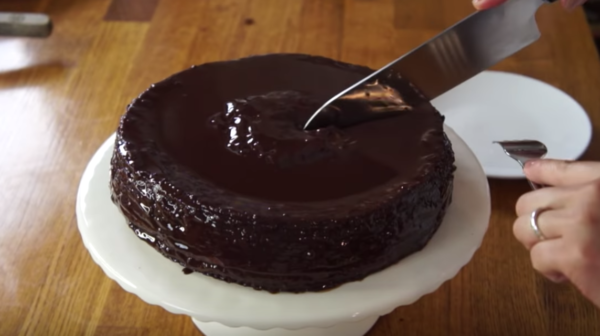 If you’re a fan of Roald Dahl, then you’re undoubtedly familiar with his many great children’s books. Even if you don’t know Roald Dahl that well, I bet you know of the movies that have been made out of his books. Such popular movies include Charlie and the Chocolate Factory, The BFG, James and the Giant Peach, and of course, Matilda.

Whether you’ve read the book or just watched the movie, you’ll definitely remember the scene when the evil principle makes Bruce Bogtrotter eat an entire chocolate cake. While I don’t suggest downing this entire cake in one sitting, it’s undeniably decadent and delicious in moderation. 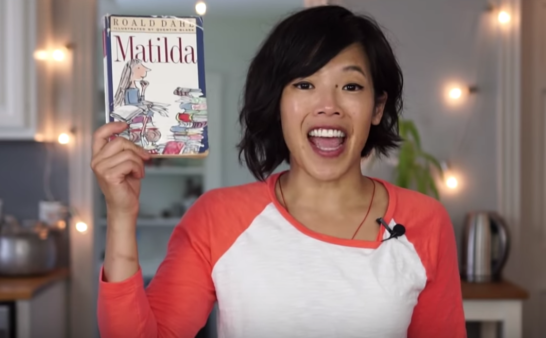 First, mix up the batter. This cake is different than most cakes because it contains very little flour – only 1/4 of a cup! The leavening agent used instead is egg whites. You’ll separate the yolks and incorporate them in later, after folding in the whipped egg whites. It’s important to get those nice stiff peaks! Like all good desserts, this one contains a nice big dose of butter; 12 tablespoons to be exact. Hey, I told you it was a decadent cake! 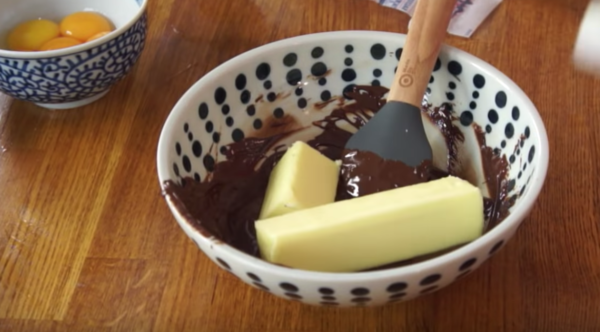 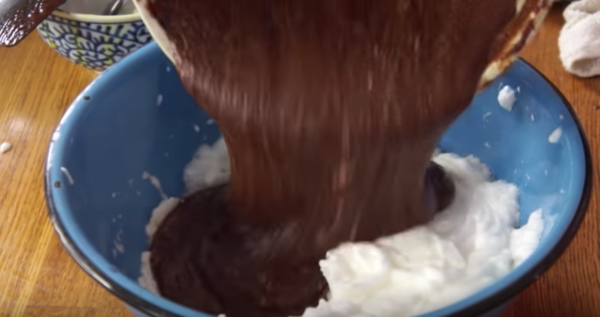 Once the batter is ready to go, pop it in the oven and bake for around 35 minutes. The directions say that the cake will be slightly undercooked in the middle, but it will firm up as it sits on the counter and cools down. This cake is very dense, and that slight undercooked center only adds to the richness!

While the cake is cooling, go ahead and whip up the icing. It’s really more of a ganache, and it’s super simple. Heat up dark chocolate and heavy cream. That’s it. Once the cake is cooled, pour the chocolate icing over the entire thing and dig in! Get the full recipe and instructions in the video below! 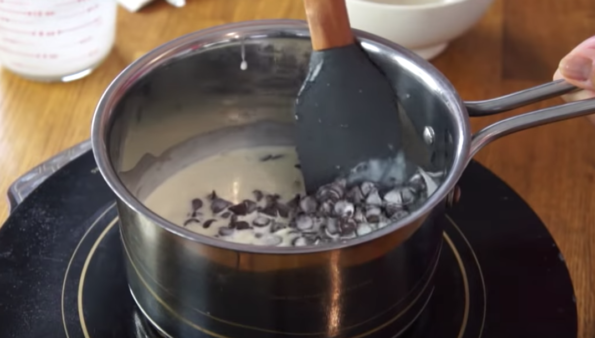 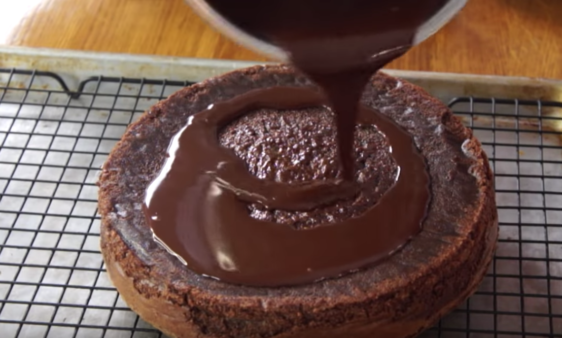