How To Make Your Instant Ramen Taste Gourmet

What is the first thing that comes to your mind when you think of ramen noodles? For many people, it brings back memories of their college days, when they were looking for a cheap meal that was easy to prepare. When you think about what was needed to make that soup, just boil a pot of water and throw in some dehydrated noodles, it was almost too good to be true. Of course, you had to sprinkle in the “seasoning packet,” which was a little bit of a mystery when you stop to think about it. In the end, you ended up with a hot, delicious cup of soup. If you thought those days were over, you might want to think again.

It doesn’t matter if you are looking to add something to your soup or give a boost to the broth, there are a few ways to do so. Here are some options to upgrade instant ramen and make it a gourmet dish.

Try Using Your Own Broth

Although instant ramen broth works in a pinch, one of the easiest ways to upgrade the dish is to add your own broth. The first thing that you have to do is to throw away the flavor packet, and that may not be the easiest choice for those who look at it as a nostalgic dish. Once you try the noodles in your own rich broth that has been homemade and allowed to simmer, you may never look at Roman noodles the same way again. Once you have your broth ready, boil the noodles according to the package directions and then heat to a simmer. Chopsticks can be used to whisk in some miso to add some flavor.

Ramen noodles are fantastic, but if you want a little more bulk to your soup, then add some fresh vegetables. You can even add frozen vegetables in a pinch! Carrots, bell peppers, mushrooms, and bok choy are some of the options you may want to consider. You can also try some frozen peas, corn, or spinach. Why not chop some broccoli and roast it to toss into the soup or add some bean sprouts? When it comes to adding vegetables, the sky is really the limit. Just try not to overcook the vegetables in the process. 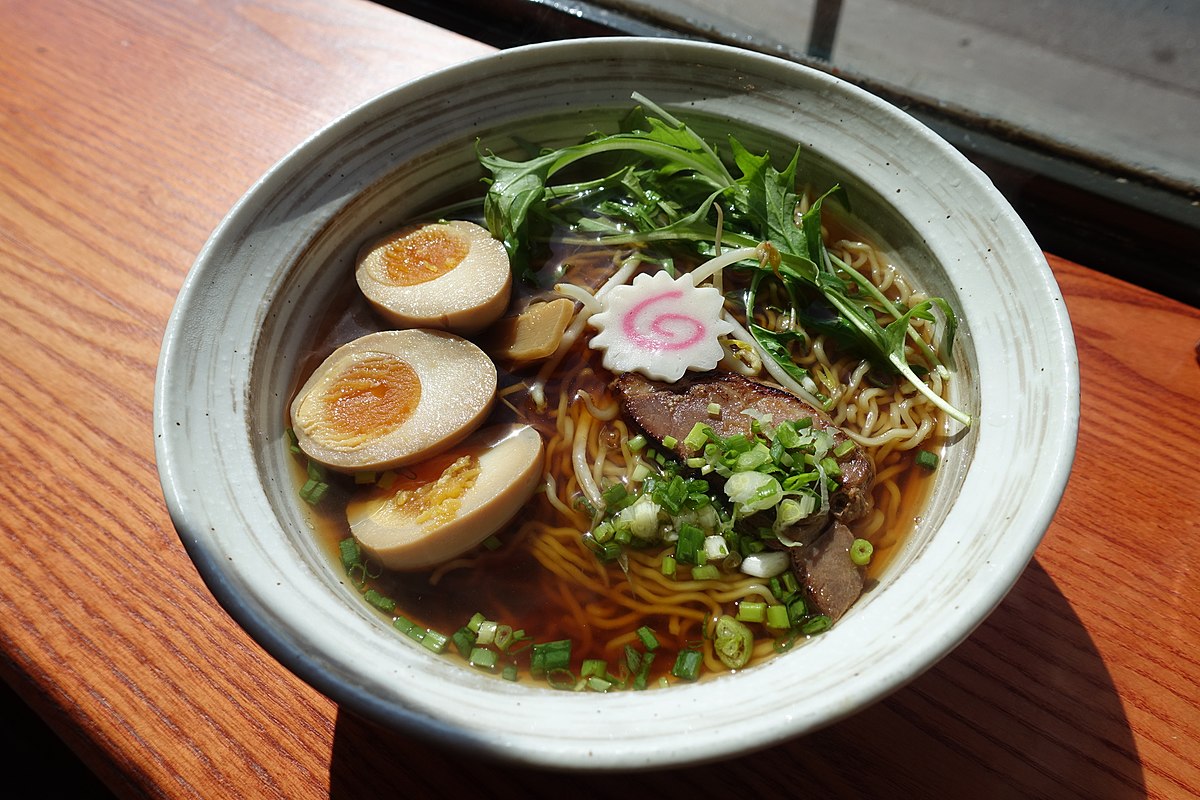 Most non-instant ramen will contain at least a little bit of protein. Perhaps it was some egg, pork, or ground beef, but whatever is included, you can try adding protein to your instant ramen as well.

Boiled eggs are going to be an obvious choice, but throwing an egg into the hot broth and whisking it can make it a delicious egg drop soup. If you have some leftover rotisserie chicken or pulled beef/pork, you can toss it in as well. Don’t be afraid to experiment.

Instant Ramen is just crying for a splash of sauce, whether it is to Worcestershire, fish sauce, or lime juice. There is something to consider when you do sauce up the soup, however, the salt that you are adding to it. If you are trying to watch your sodium intake, adding too much sauce could boost the sodium to extraordinarily high levels. Be sure to read the labels.

Now that the base soup is ready, it’s time to top it off in the way that only you can. Why not try some garnishes, such as fresh herbs, cilantro, scallions, sesame seeds, or even sesame oil? If you are a little more daring, try adding some kimchi, crumbled bacon, shallots, or even cheddar cheese. Your imagination is the only thing holding you back from topping it off perfectly.

Here Are Some Recipes to Get You Started, curtesy of MyDomain.

Cook ramen noodles in chicken or beef stock (homemade or store-bought); stir in grated carrots and shredded cabbage; top up with a jammy, boiled egg and square of nori; drizzle with sriracha and hoisin, and finish up with a dash of furikake.

Cook ramen noodles in boiling water, discarding seasoning packet, and use chopsticks to whisk in miso paste to taste; stir in frozen corn and peas; top up with roasted veggies of your choice, cubes of tofu, and fried shallots; garnish with nori, toasted sesame oil, and sesame seeds.

Enrich the broth with soy sauce to taste; top up with a boiled egg, pork chashu (or crispy bacon strips), nori, scallions, togarashi.

Use just half the seasoning packet and spike the soup with coconut milk, a bit of butter, Thai red or green curry paste, and fish sauce to taste; serve with limes, cilantro, chopped peanuts, and shredded chicken or cooked, peeled shrimp.