How Did American Gothic Become An Icon? 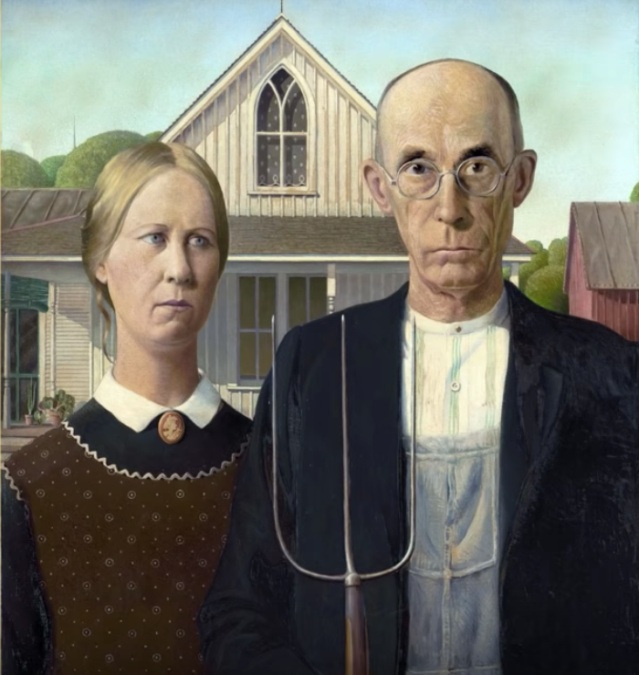 American Gothic is undoubtedly one of the most recognizable paintings in the world. While most people would agree that it’s a nice painting with good lines and the technical complexity of a skillful artist, some of us might wonder how this painting became so famous and iconic. The reason might take you for a loop! 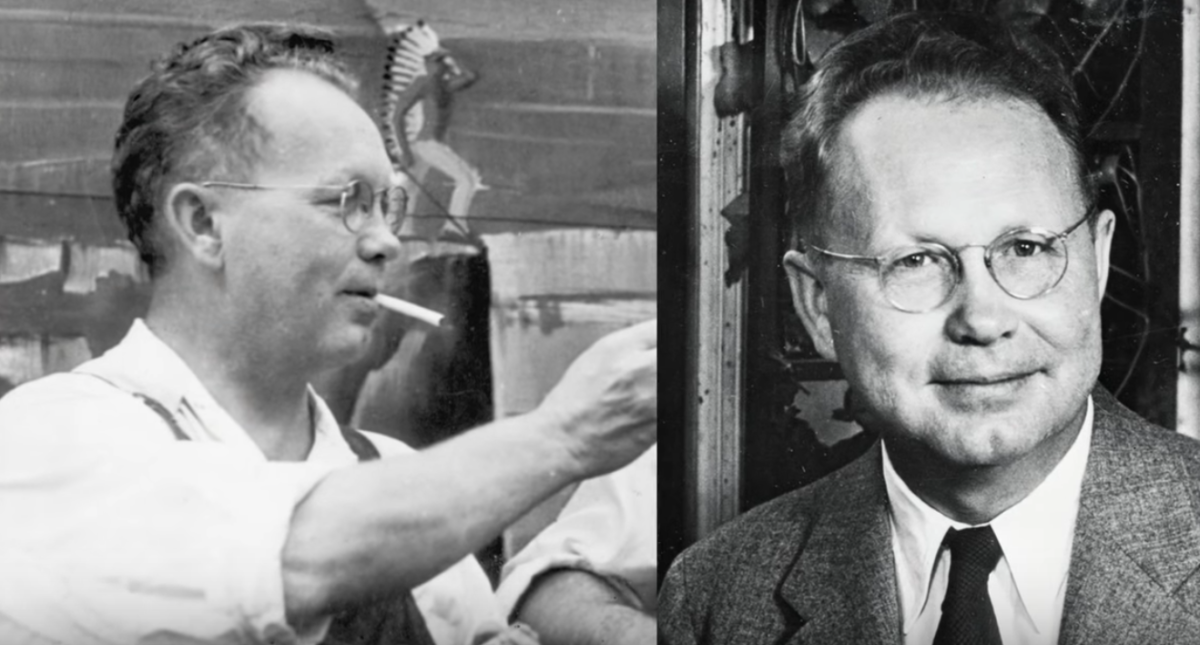 The artist, Grant Wood, had several seemingly contradictory influences during his life. He grew up as a farm boy in Iowa, but he also traveled a lot to Europe to study art. He had several influences for his art, including impressionism and pointillism. The inspiration for the piece actually came when he stumbled upon an old farmhouse in rural Iowa. He had his sister and dentist pose for the painting, which was then shipped to the Chicago Art Institute. The painting got third place, and the first public mention of it was featured in the newspaper… where it was outshone by an add for anti-gas medication. Wood ended up selling his painting to the museum for a whopping $300. 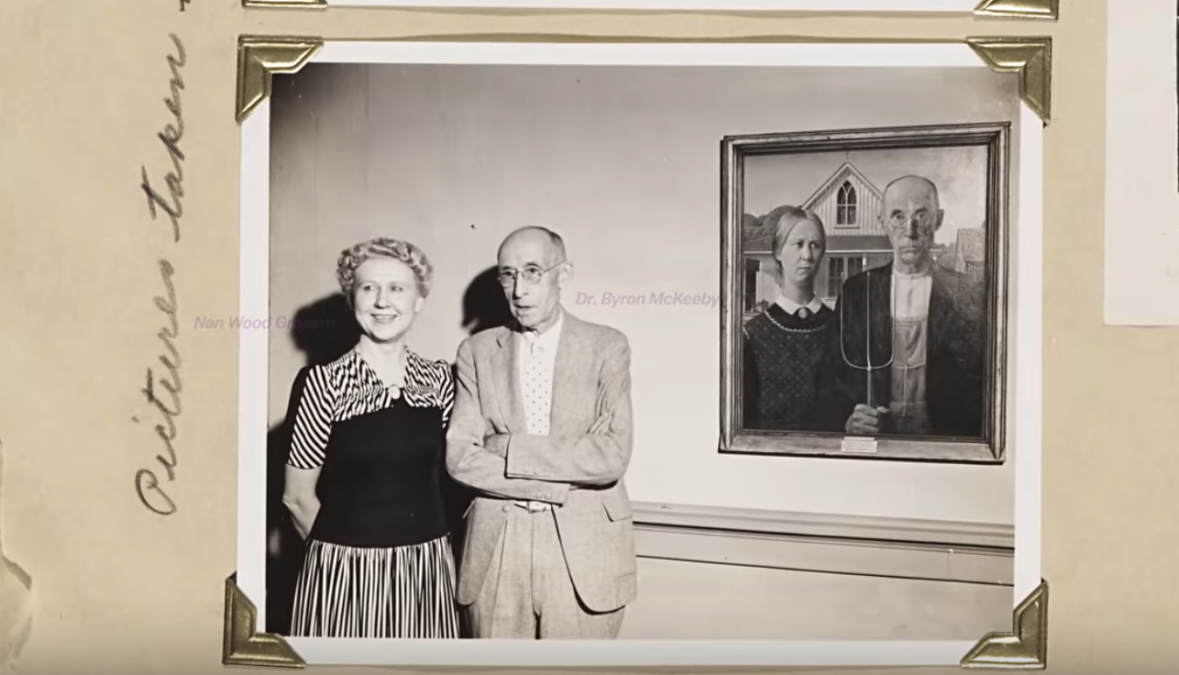 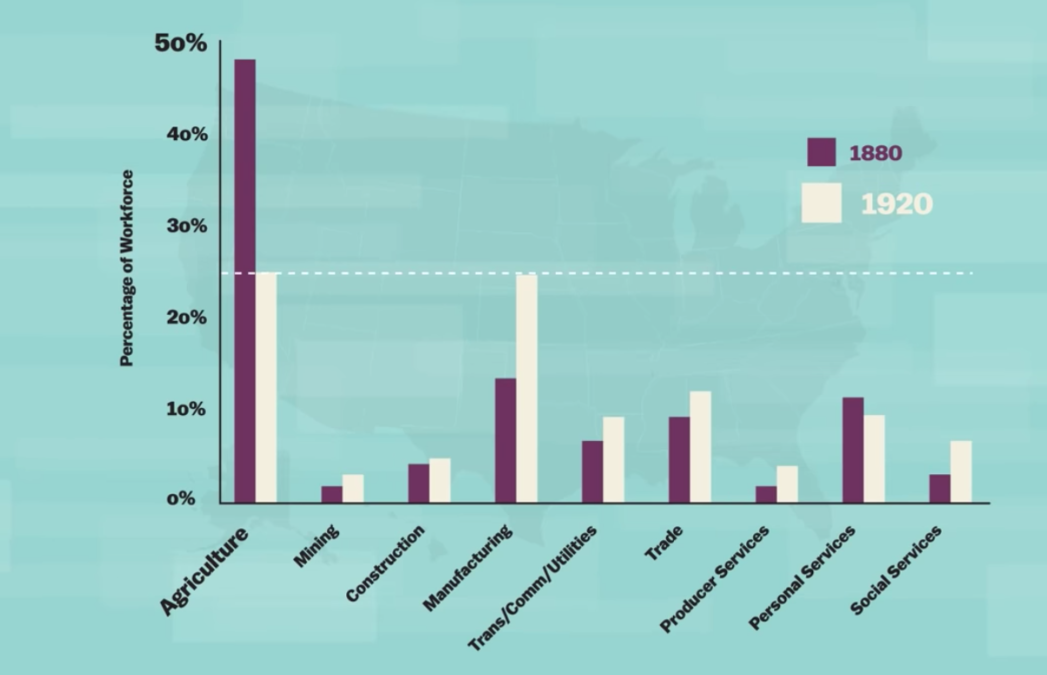 America went through a lot of changes between the late 1800s and the early 1900s. Just looking at occupations during this time period gives a picture of the turning tides. In 1880, almost 50% of Americans were farmers. Just 40 years later, that number drops to 25%. Also in 188-, about 30% of Americans lived in cities, whereas in 1920, that number jumped to over 50%. The cultural change brought with it a bit of a divide. City folk vs. country folk. American Gothic entered the art world at a pivotal moment in history, where one person could look at the painting and see salt of the earth, honest, hardworking Americans, while another person saw country bumpkins, a dying industry, old people stuck in their ways and traditions. 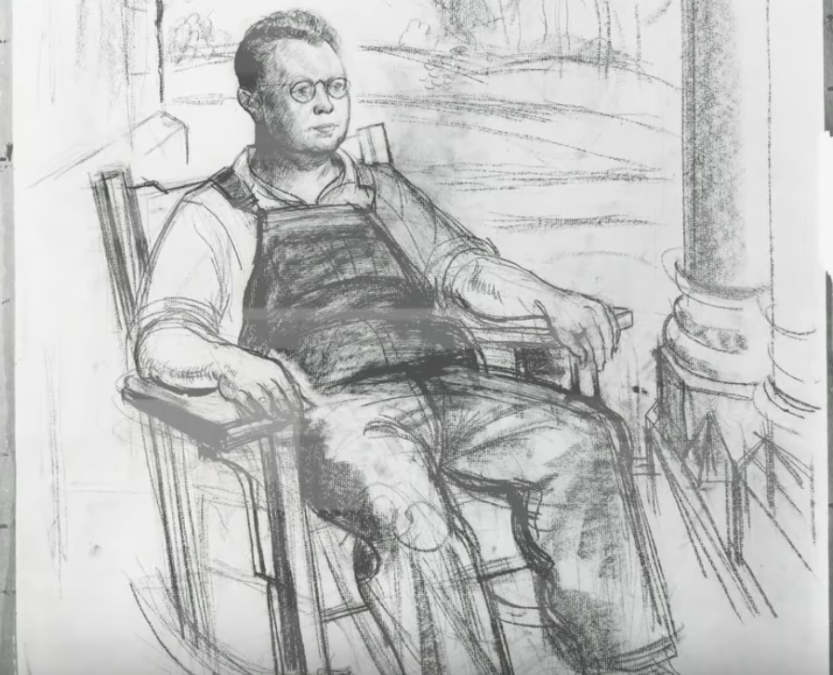 Art, by its very nature, is subjective and up to personal interpretation. However, it is worth considering what the artist had in mind when they created the work. The interesting thing about Grant Wood is that he didn’t comment much on the piece. He really left it up to the public to make what they will of the painting. He, in and of himself, was a bit of a contradiction that kept people guessing. Was he the down-home, all-American boy next door who was advocating for a simpler time from his youth? Or was he the European art snob and critic that turned his back on his roots and joined in the crowds poking fun at the small-town idiots? The jury is still out on that one. 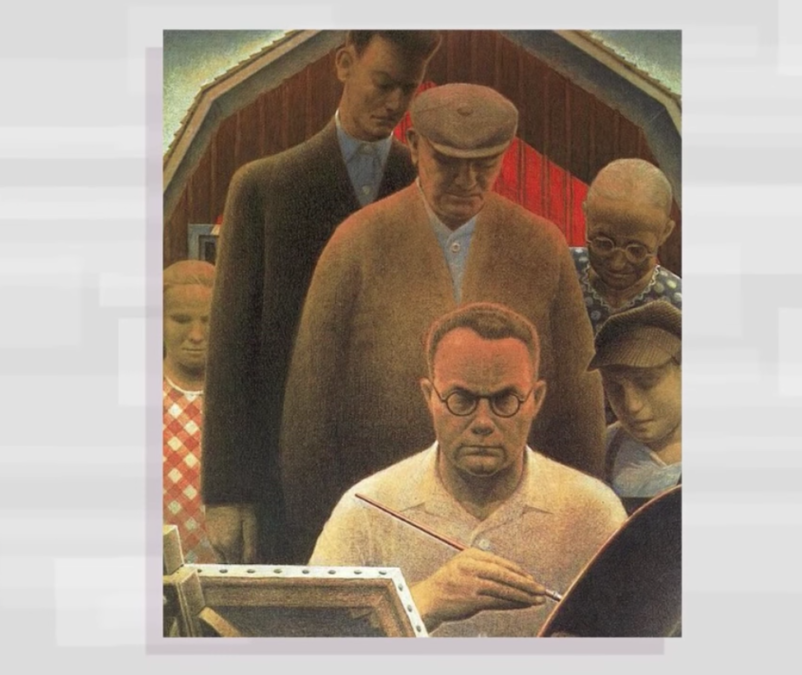 Learn more about American Gothic in the video below!