This story originally appeared at Spotlight by Chesney McDonald. 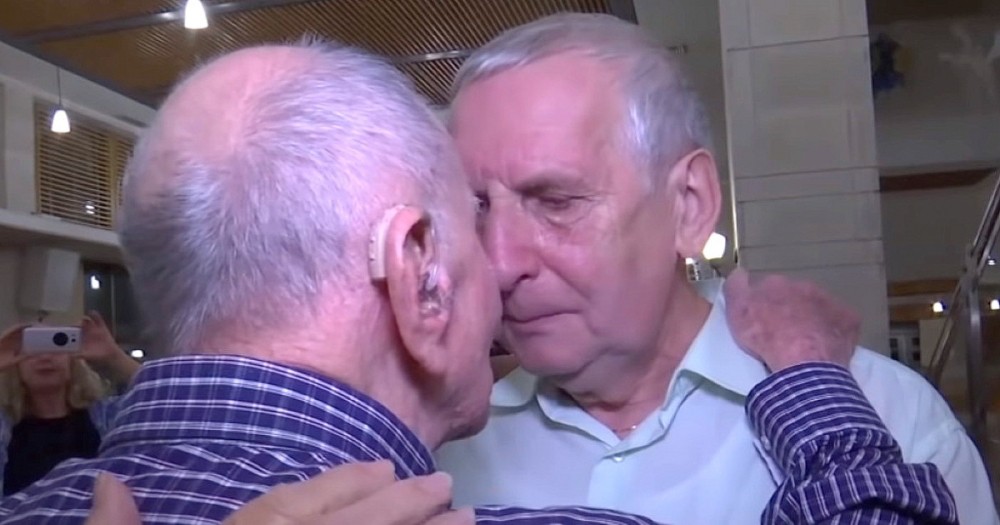 The holocaust is without a doubt the most universally understood human tragedy, a truth that will forever remind us of the evil people can be capable of. Even those who managed to survive the Nazi regime were separated from their families forever. Imagine the daily shadow of survivor’s guilt, not knowing whether or not your family members survived.

At age 24, Eliahu Pietruszka was separated from his family in Warsaw when the Second World War began. 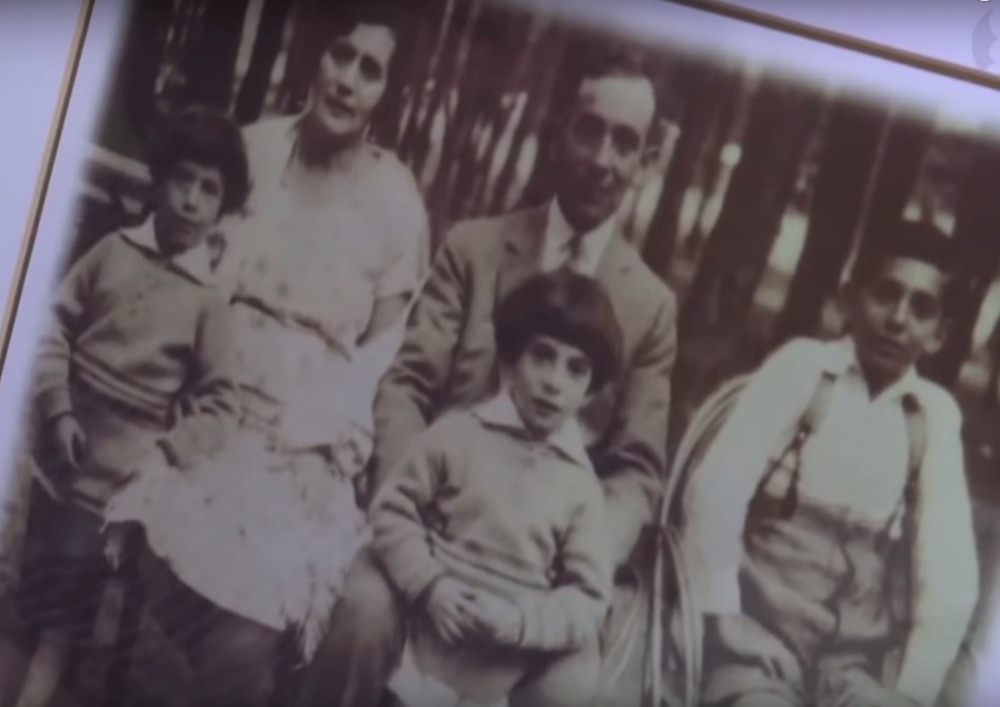 The war ended 75 years ago, and as such the number of survivors is dwindling, as is the number of reunions. Every once in a while however, something incredible happens. Eliahu thought that he was the only surviving member of his family, but thanks to the connective power of the internet and Yad Vashem’s online database of Jewish survivor testimonies, Eliahu was able to connect with his late brother’s son, 66-year-old Alexandre.

Their meeting is incredibly moving, and was one of the most important moments in either man’s life. 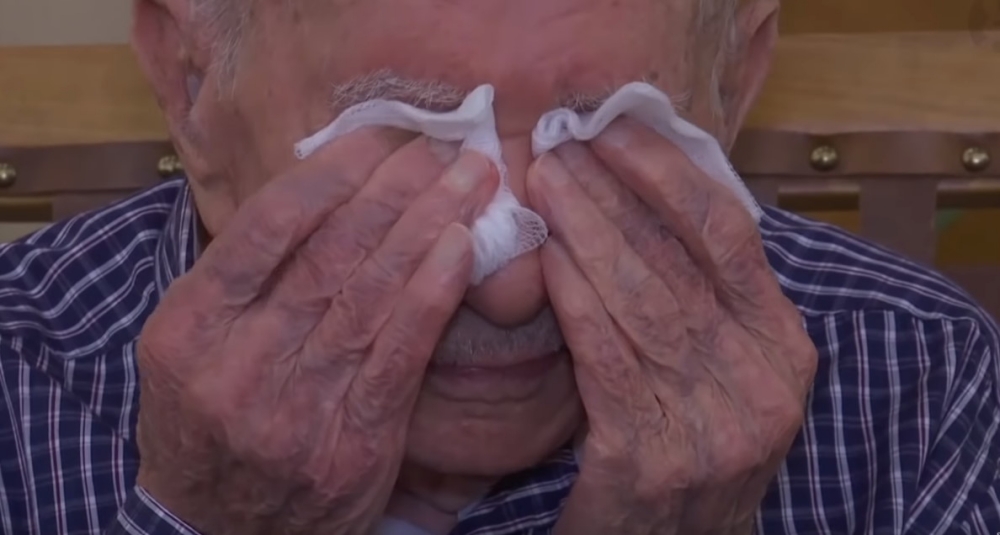 When Eliahu fled Warsaw in 1939, he was separated from his parents and two younger brothers Volf and Zelig. Eliahu believed them both no longer alive until he heard from Volf who had been sent to a concentration camp in Poland. However, when Volf was sent away from the camp to a Siberian labour camp, Eliahu believed his brother to have lost his life.

But, Volf had survived the camp, and went on to settle in Russia and have a child- his son Alexandre. Many decades later, after Volf passed by natural causes, his son was able to meet his big brother by flying to his home in Israel. 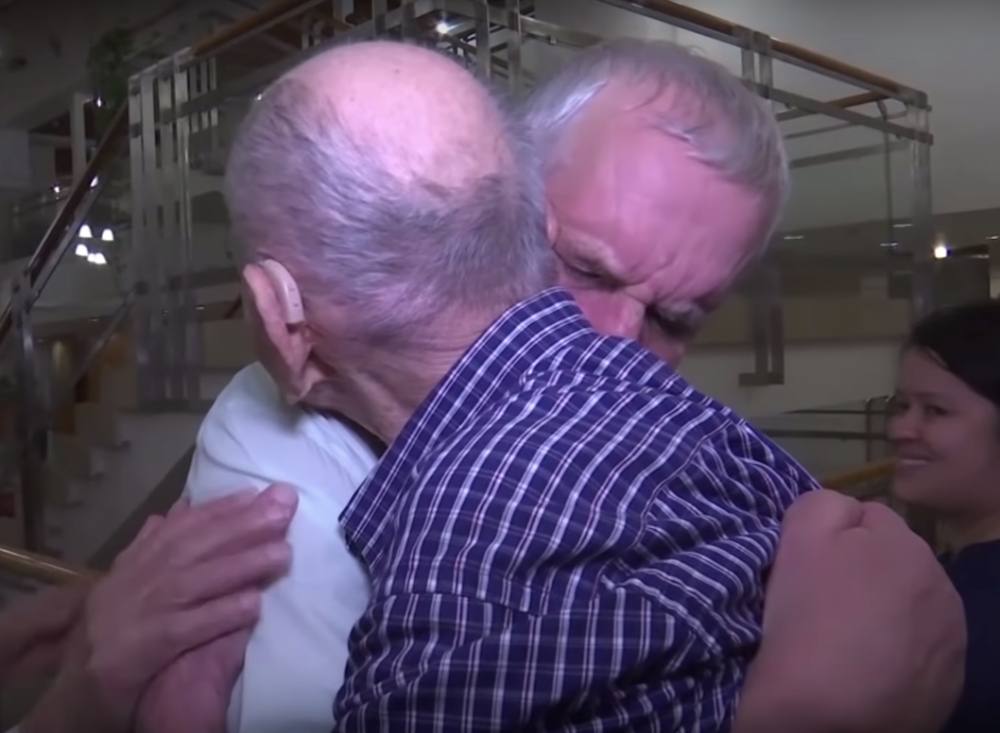 Their meeting is devastatingly emotional. Both men shed tears as they came face to face with evidence of the power of family, the human spirit and love. After all of the trauma that Eliahu has faced, and a lifetime believing that his entire family were no longer living, he stood before his brother seeing he not only survived, but prospered.

“I’m so happy I can see you and talk to you, it’s a very big event for me,” says Eliahu to his nephew when they embrace. “…I haven’t slept in two nights waiting for you.” 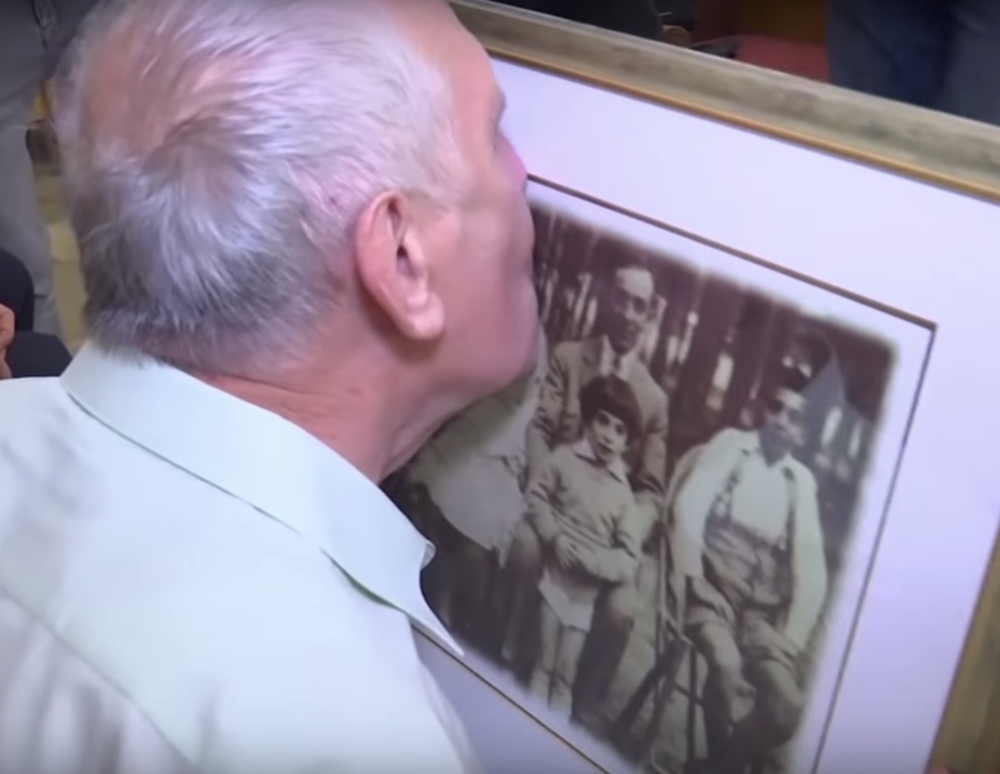 The uncle and nephew share this profound joining of their own personal histories.

They discuss an image of Eliahu’s family before the war. It’s incredible to look into the past and see Eliahu in a happy pre-war life, and to see him now, a survivor of an atrocity that affected not just his life, but took the lives of an estimated 75 million people. 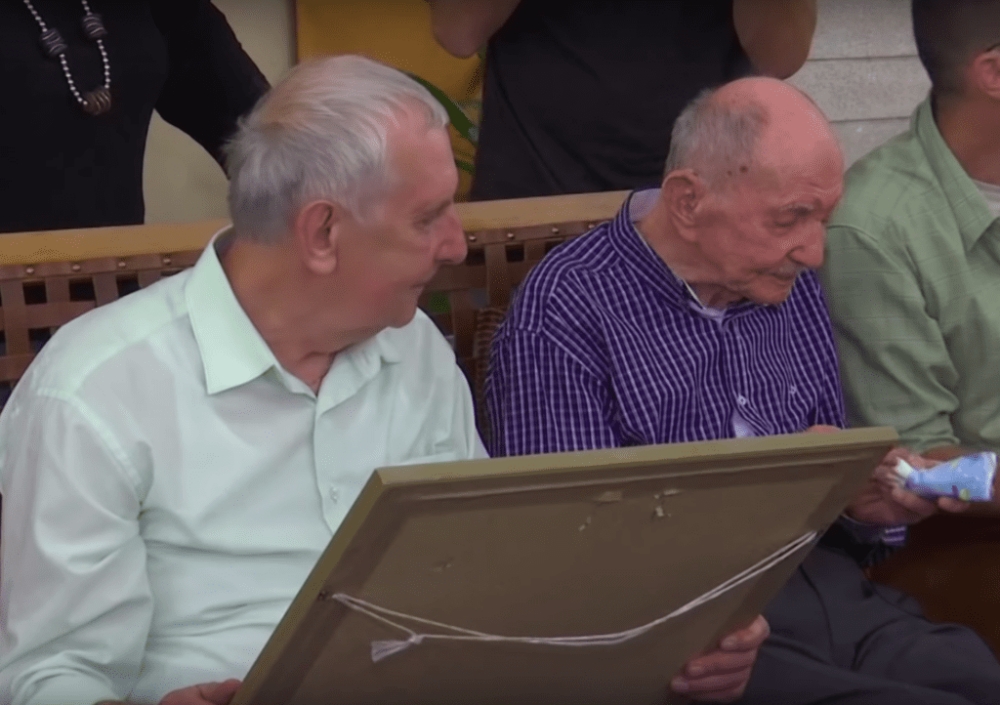 Seeing Alexandre wipe the tears off his long lost uncle’s face is proof that while evil can sometimes reign devastation, the human spirit can ultimately prevail.
For Eliahu surviving the war has meant a life of separation from his family and he now exalts the fact that this amazing bridge through time has been built.

“You now have a big family here in Israel.” He says to Alexandre. “You won’t be alone.” 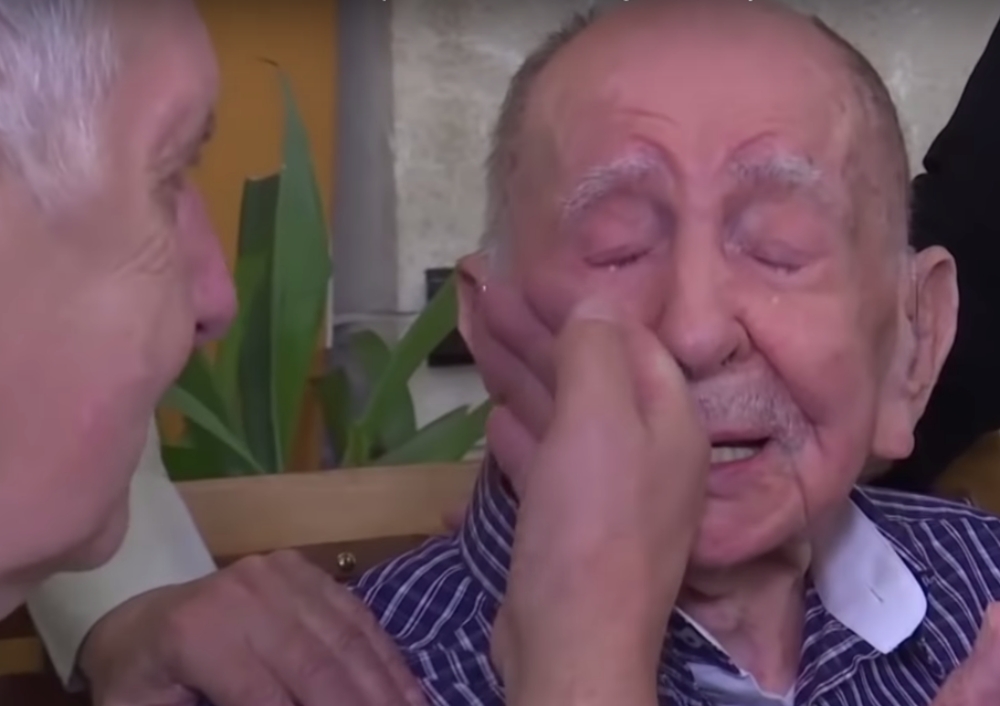 Watch the full video below to witness this incredible meeting.
Please SHARE this with your friends and family.