Dutch doors are a quaint home feature these days, but they are so useful! And, what’s more – they add that certain Old World feeling to a building like nothing else can. But, are these doors really Dutch? And how did they once become popular in the U.S.? Read on to find out. 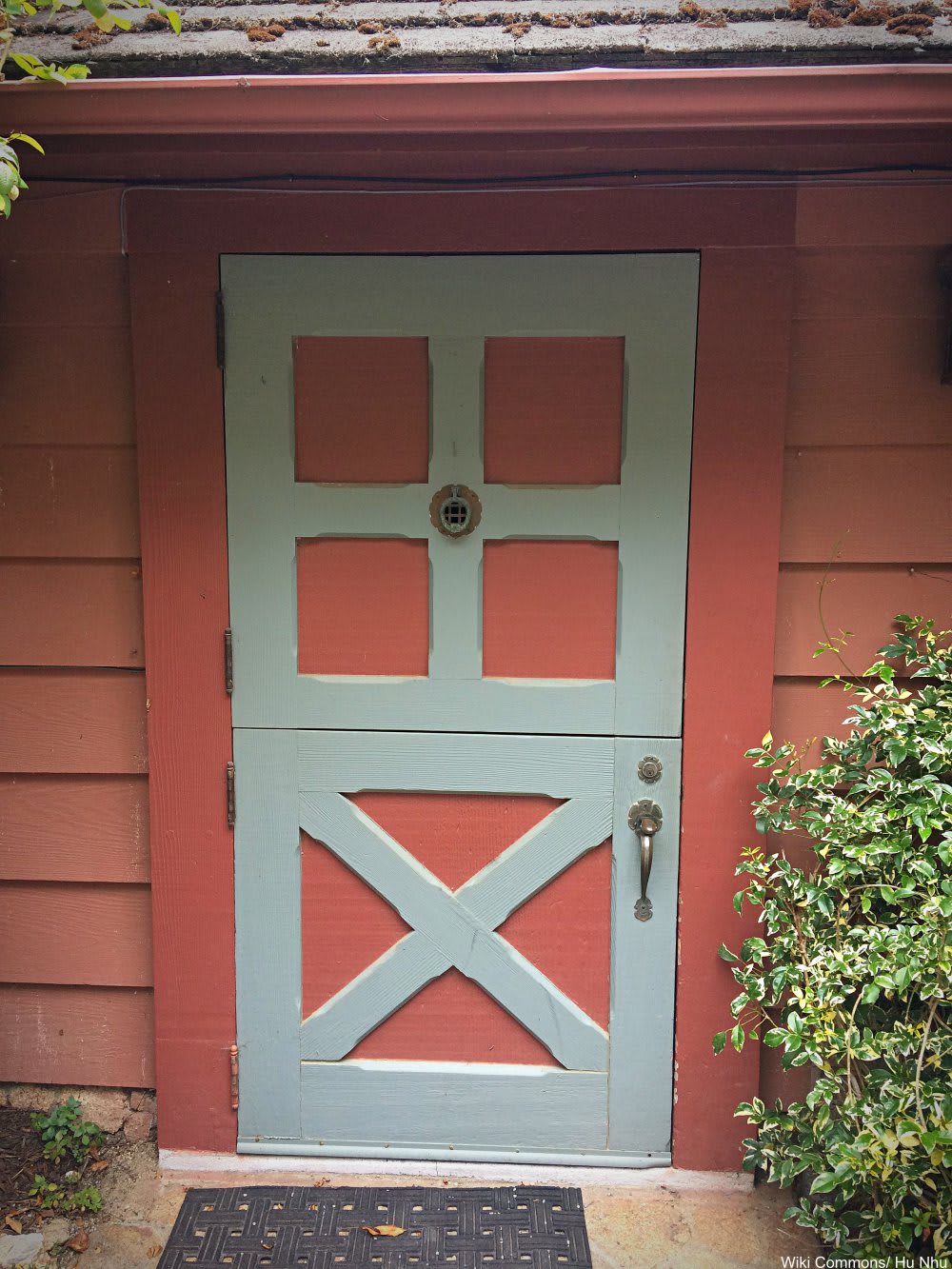 There was a time farming was the most common occupation in Europe, with generations working on the same land year after year. The farmers had many ingenious ways to corral animals and they made use of meager resources to make their tools and gates. On the barns of farmers in the Netherlands in the 17th century, a two-door system seemed to work well to keep animals from passing through while also allowing some light and air to come into the barn. 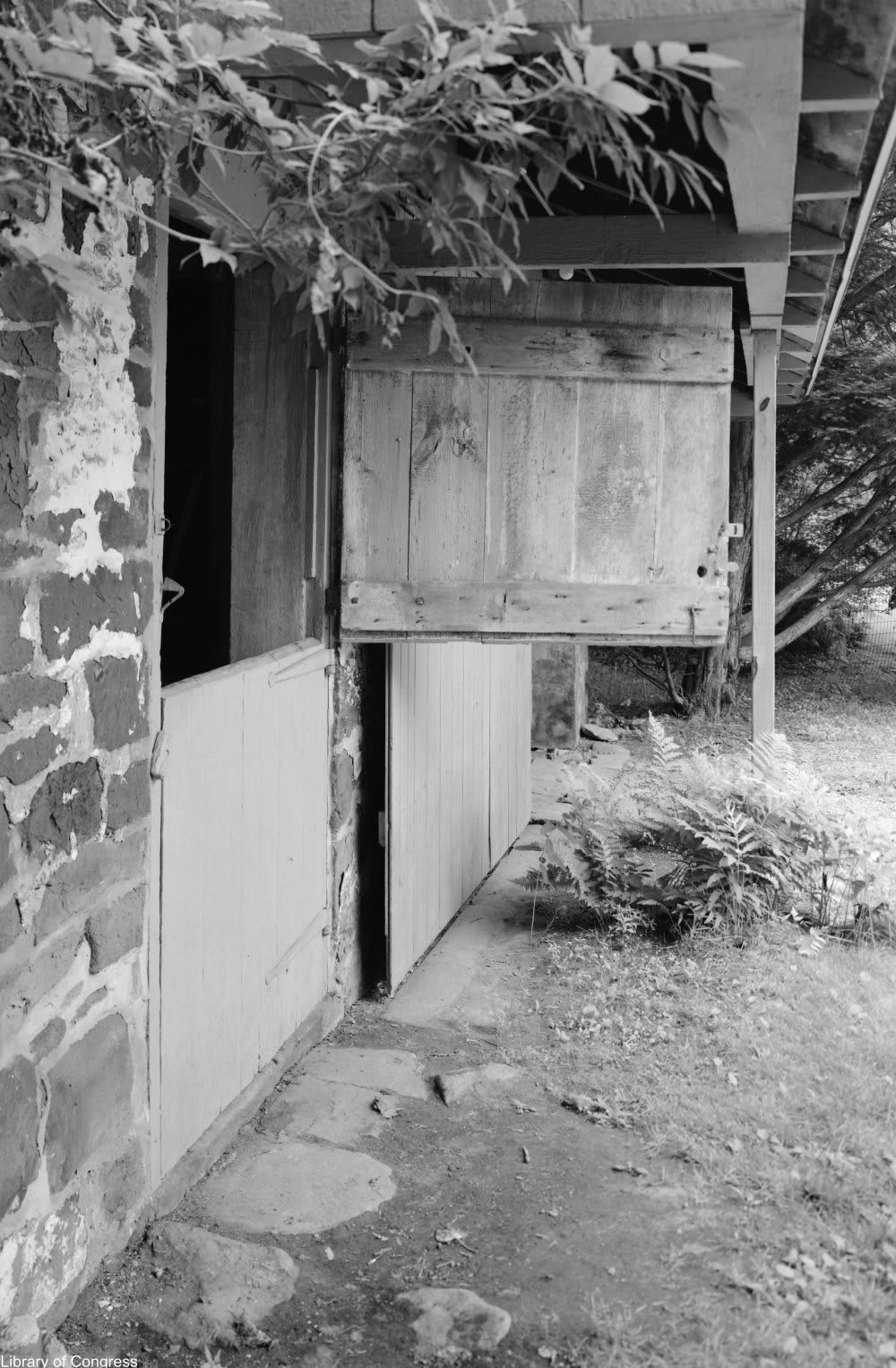 The Dutch door, or stable door, or half door as they are also known, soon became popular not just on Dutch barns, but also on Dutch farmhouses. They were ideal for keep small children from wandering away while allowing Mother enough light to see to her cooking and cleaning. Not only that but it allowed itinerant salesmen and workers to interact with the lady of the household without her having to invite them into the home. 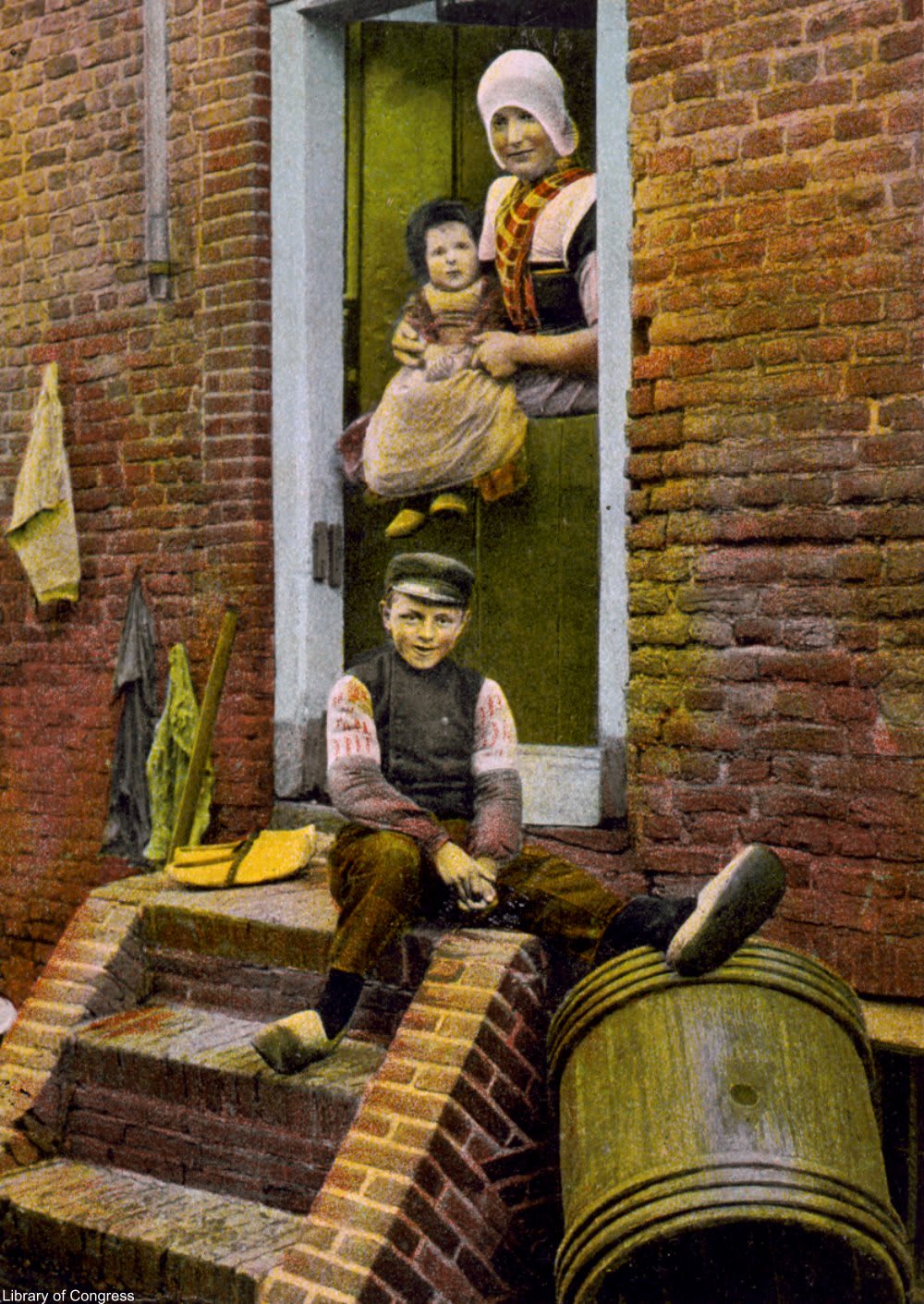 The town of Bunschoten, Holland, around 1900. Via/ Library of Congress

Not long after the doors had become popular for farmhouses they were soon seen on the doorways of city people in Amsterdam, Rotterdam, and Gouda. At the time many working class families (including artisans and merchants) would have also kept animals, even in the city. A cow for milking and cheese, a few chickens, perhaps a goat and some horses. So, even in metropolitan areas there was a real need to keep farm animals out of the house – not to mention the vermin which thrived in crowded conditions. 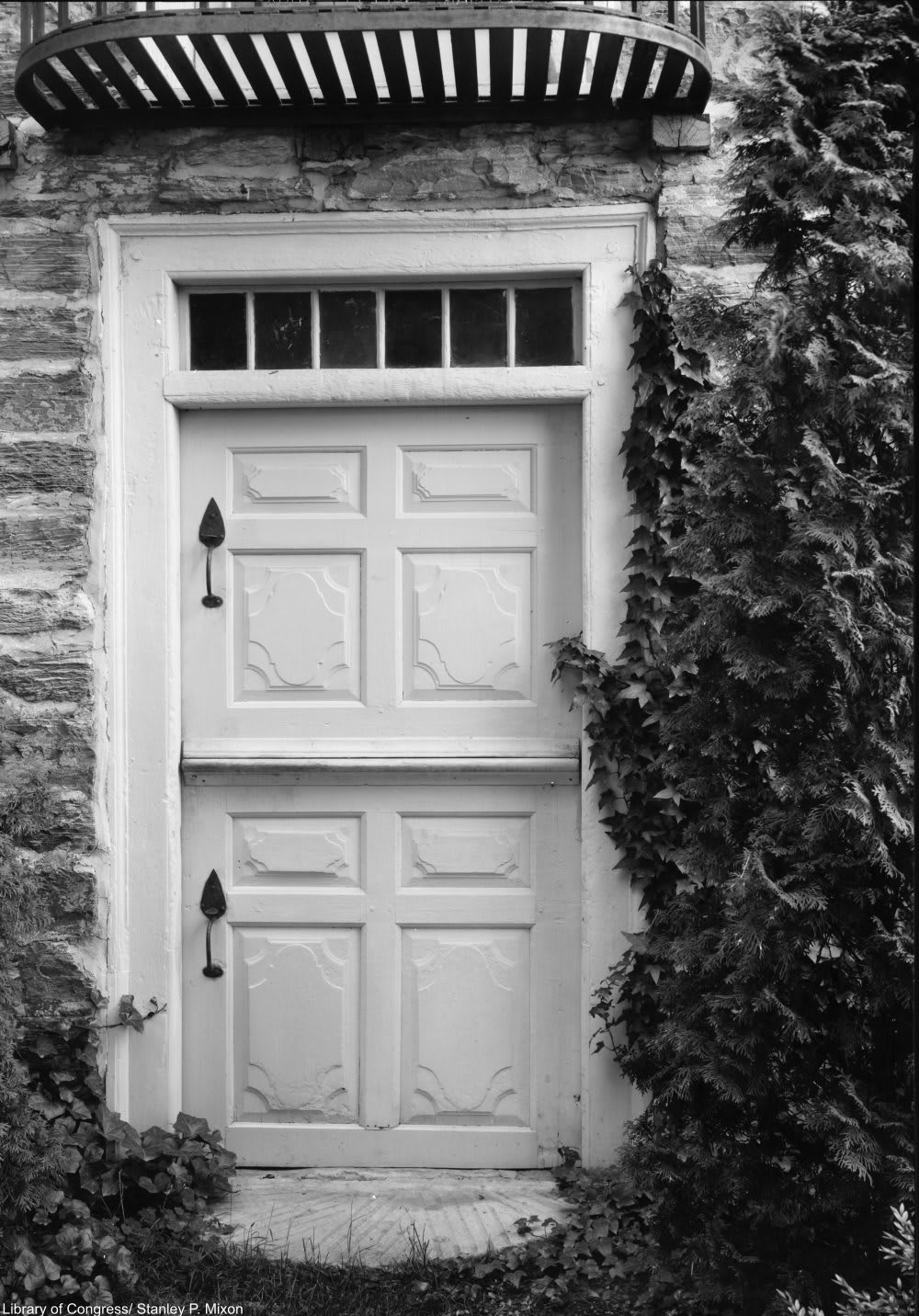 Dutch doors also had another important function: they kept dust and leaves from blowing into the house thereby keeping the home just that much cleaner at all times.

Dutch doors had become a functional and common part of a home, even more useful for city life when deliveries were quite common. Some Dutch doors even have a perch on the bottom door – like a windowsill – to facilitate the business that was inevitably done at the door. And, no one with young children could argue that they weren’t useful as a form of baby gate! The screen door wasn’t created until 1887, so there also weren’t many options at the time for filtering light while getting a breeze, which the split doors did quite well. 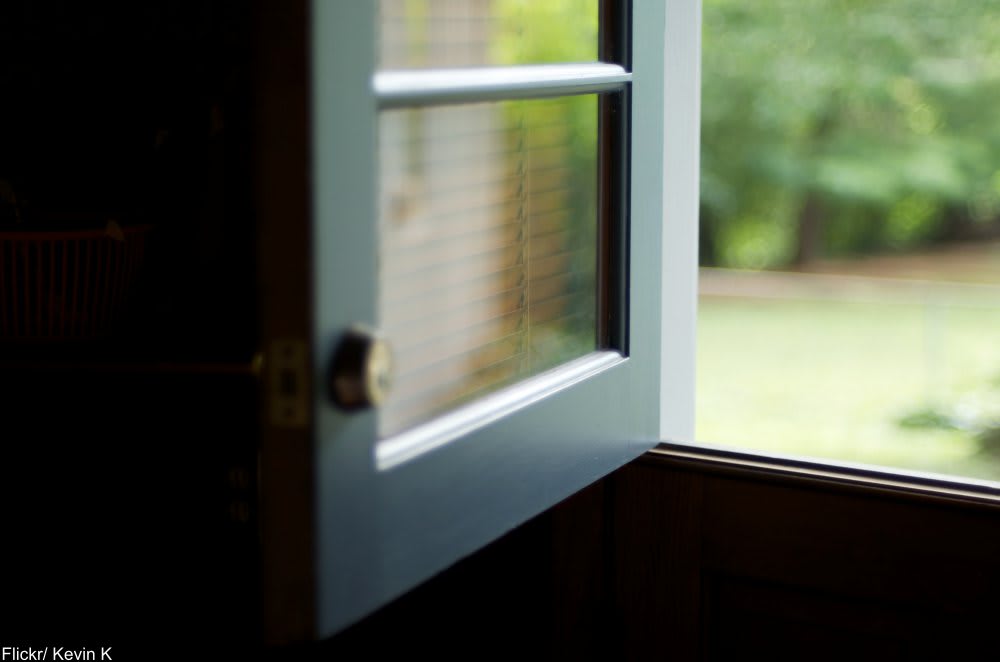 With the Dutch migrations of the 1600s onward came the Dutch way of building as well. In the U.S. on the East Coast Dutch colonial architecture became common and so did the Dutch doors that were so helpful. While these doors haven’t caught on everywhere, they certainly are an attractive and functional part of the home. And Dutch doors have remained a picturesque home feature that many people still find quite pleasing to this day.

Charming features you'll only find in old homes: Click “Next Page” below!