The humble bandana today serves many purposes, from the symbolic to the very practical. The sight of denim and bandanas together instantly makes us think of cowboys and a red bandana tied just so brings to mind Rosie the Riveter. But, this iconic piece of fashion isn’t only beloved in the U.S., nor was it invented on American soil. The history of this accessory goes back centuries. 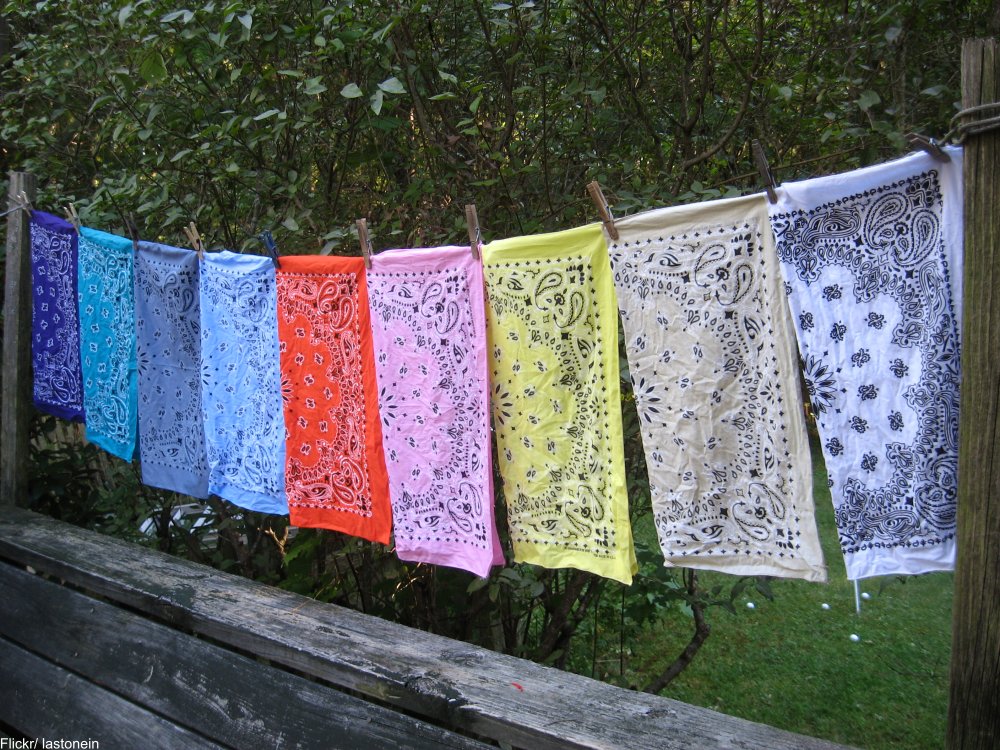 The word bandana comes from the Sanskrit word bandani which means “tied.” This refers to the pattern of dyeing found in India, which was achieved by tying off sections of the fabric to create high-contrast designs. Bandani was the original tie dye (often made in silk) and looking at these patterns it’s not hard to see where the general layout of bandana designs comes from. 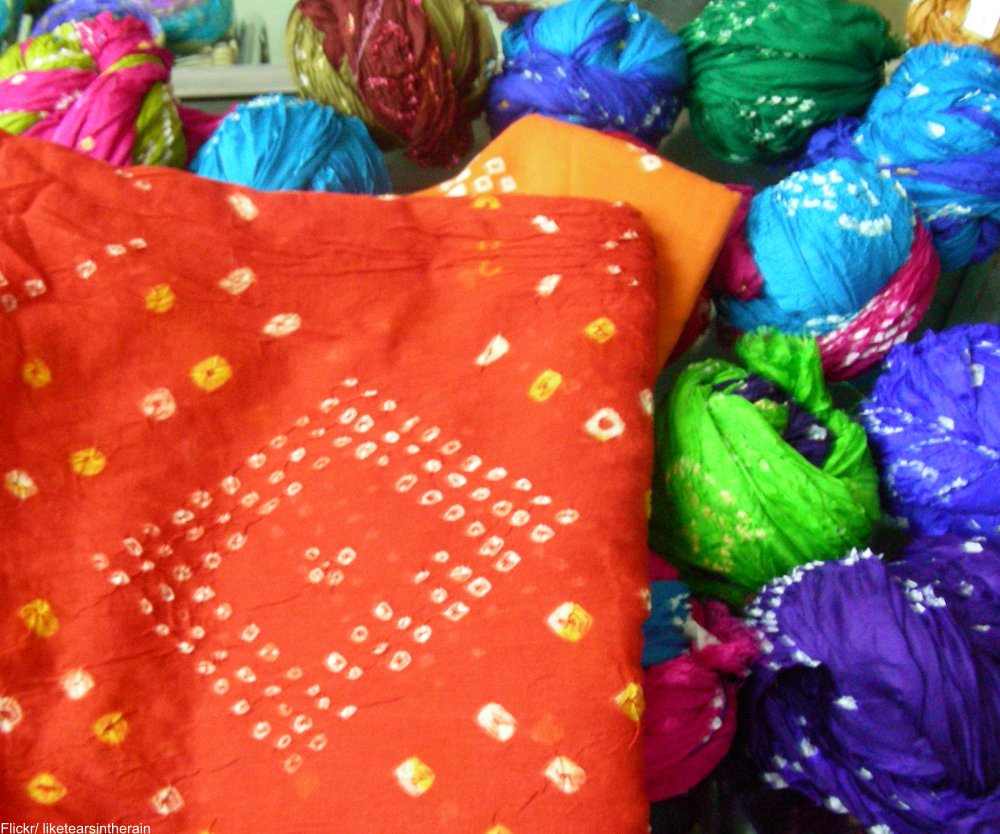 But, where did these handy fabric squares get their intricate paisley designs from? Scholars don’t agree on what the paisley symbolizes, some say a pinecone and others say a leaf. But, it originates from the Persian botteh which was later incorporated into Indian textiles and the design was made popular among the English. It only later that the pattern was copied by the weavers of Paisley, Scotland, where we get the modern name. 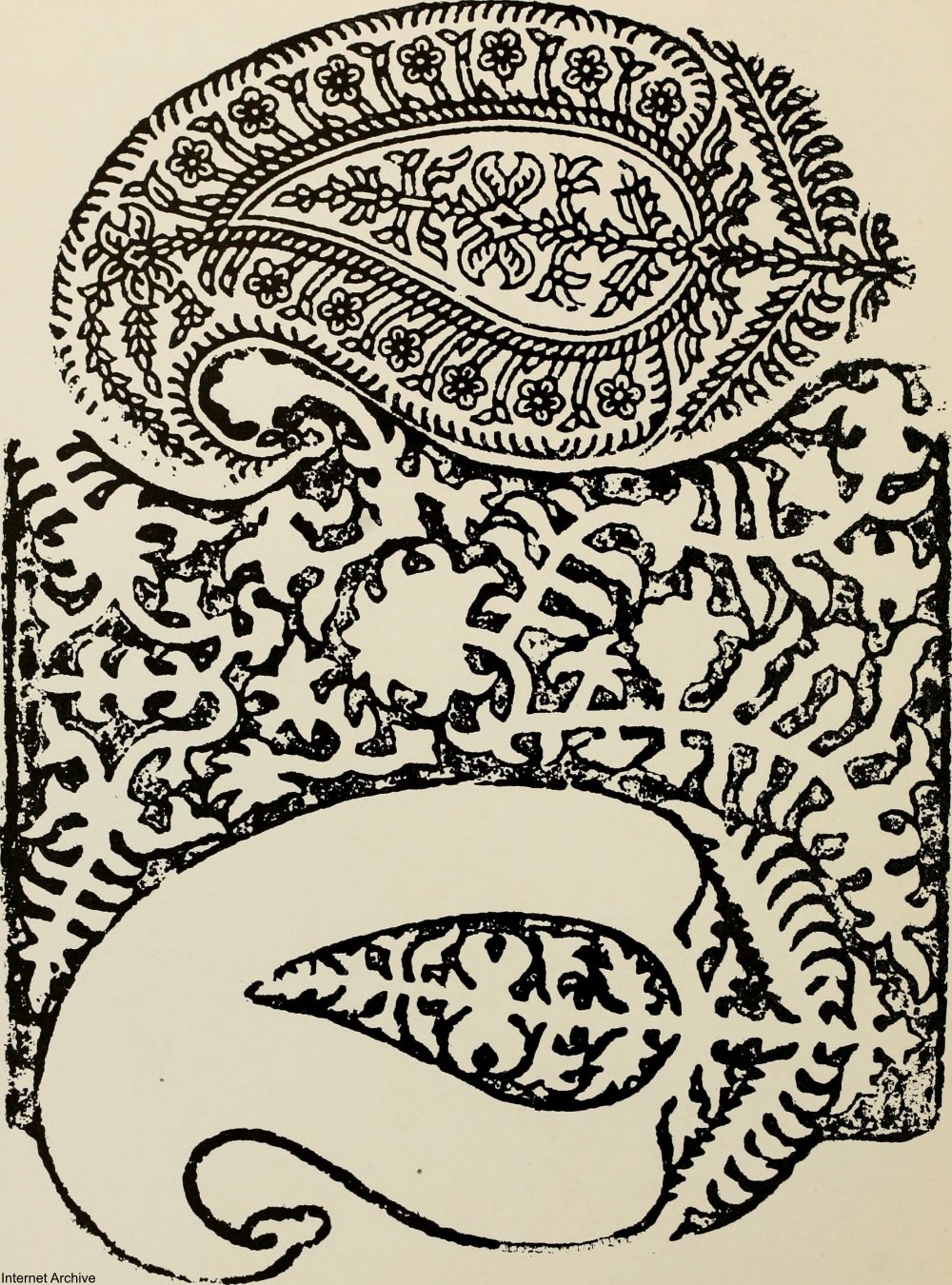 In the 1700s woven versions of the paisley pattern soon proved too expensive to keep on making in large numbers and the printed paisley came to replace its woven ancestor for most applications. Meanwhile, the cotton bandana also came to be popular. Head coverings are common to most cultures and the kerchief had long been an institution in its own right in Europe and the colonies. But, it was Martha Washington who broke the English law that no textiles be printed outside England to put her husband’s image on a bandana.

From then on these colorful squares were used for political candidates, basically as ads. This made them common and they became ubiquitous for a time. Eventually, they would be printed with paisley designs which had no political party associated with it. 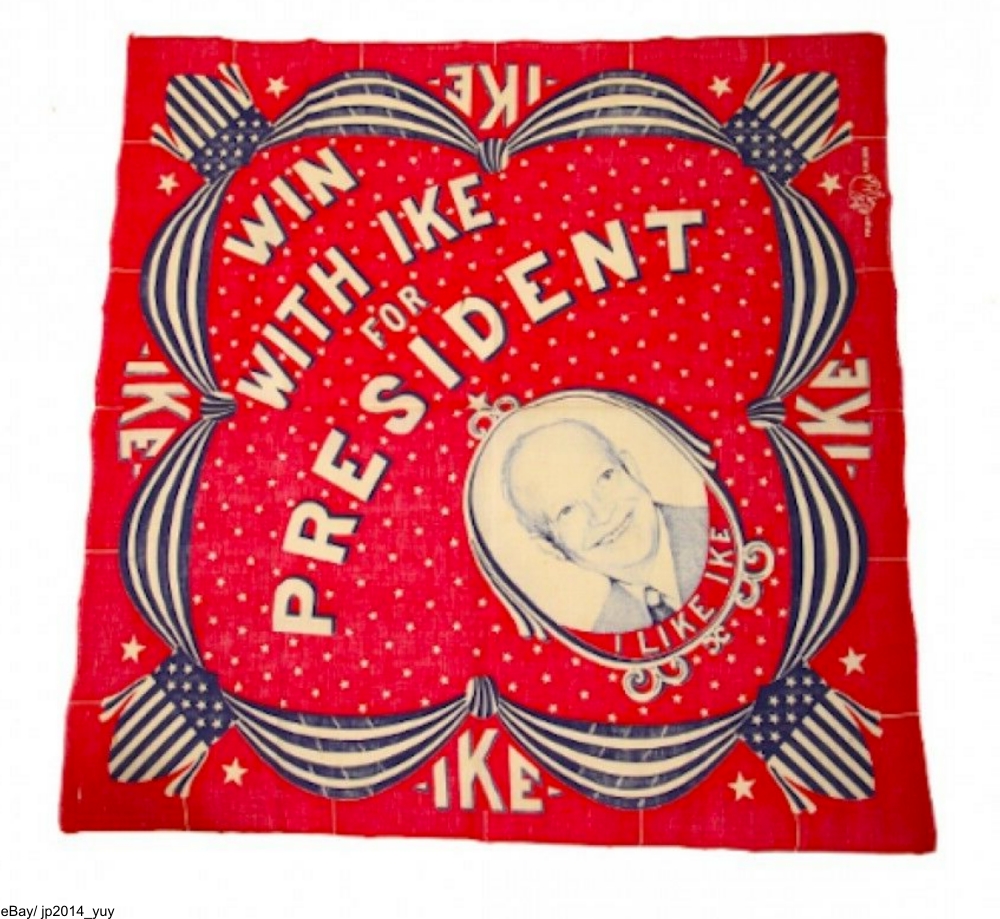 As cheap dust masks, bandanas became part of the cowboy uniform in the 1800s. In the early 1900s coal miners used them for the same purpose and the red bandanas worn around their necks during the Coal Wars is said to be the origin of the term “rednecks. 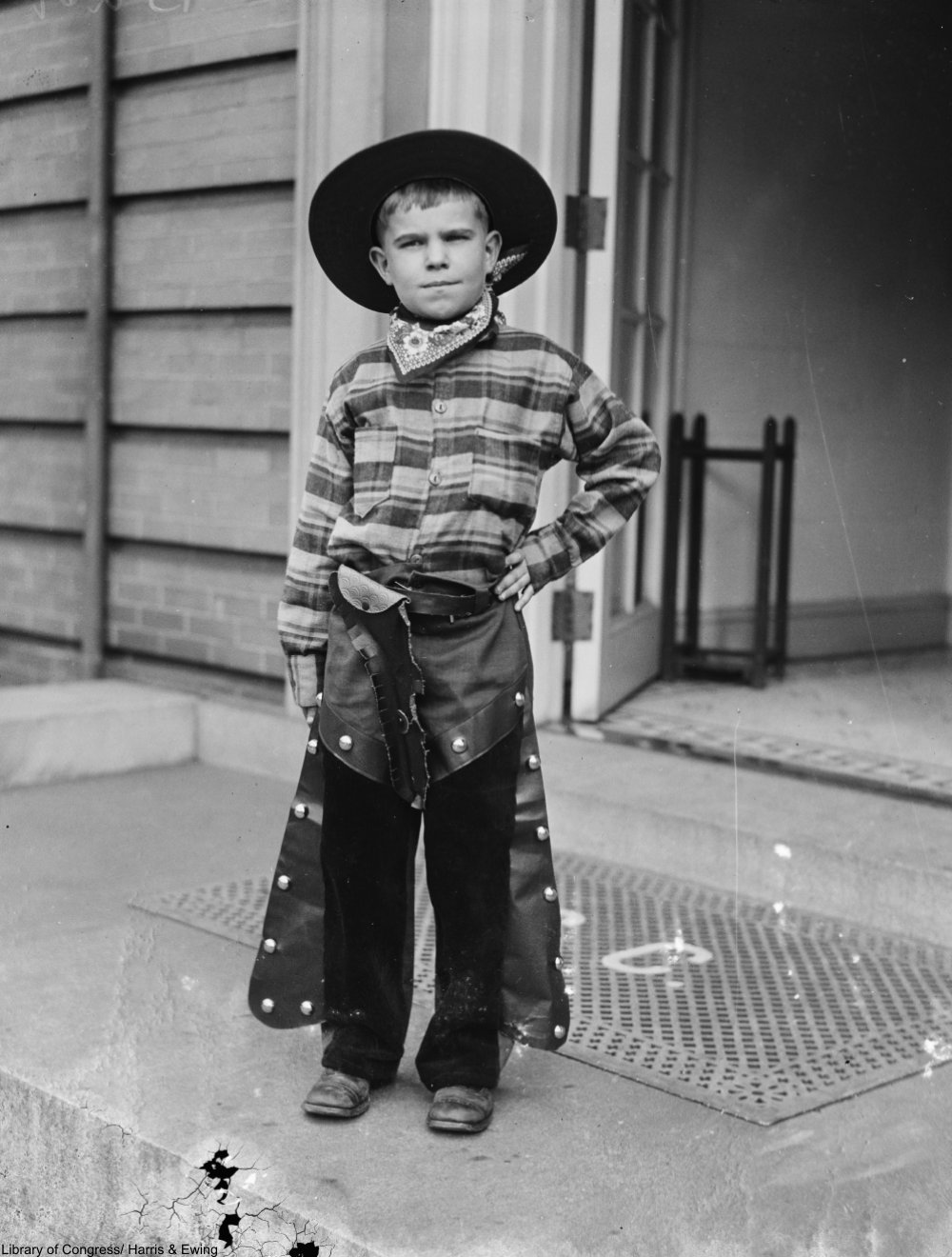 In the 1940s and 1950s the bandana has an air of the working classes about it and a bandana could be fund on any number of factory workers and tradesmen along with the ubiquitous metal lunchbox and thermos. They had come to replace the white linen hanky for many a working man during this era and they do tend to hold up better in the wash. 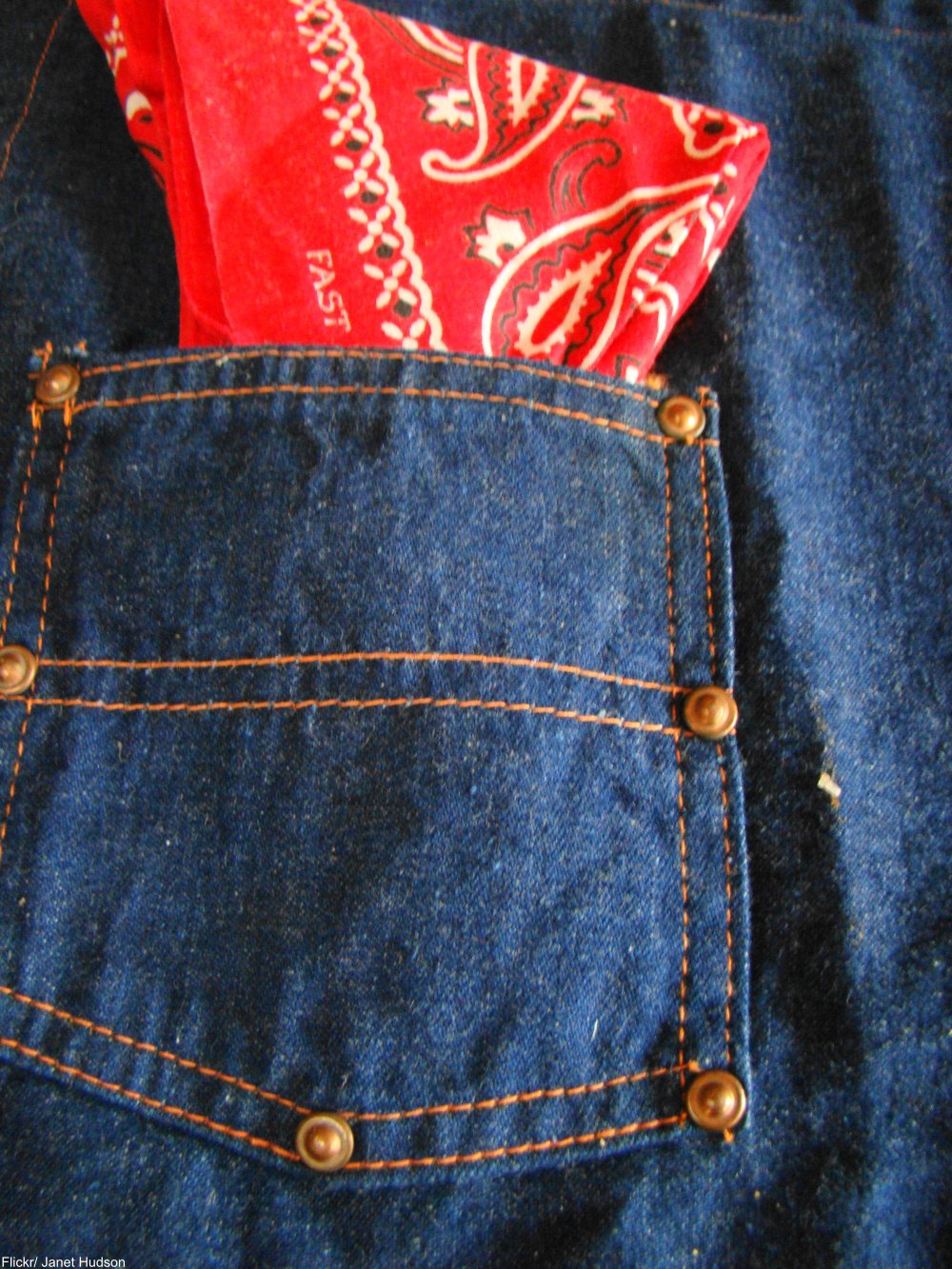 Today bandanas come in just about every color with various designs that can incorporate hearts, stars, leaves, flowers, and other symbols in addition to the paisley. Modern counterculture groups have also adopted the bandana from hippies to gang members and more. This humble scrap appeals to people across the board, which is not surprising since it legitimately has roots all over the world.

Today the most valuable antique and vintage bandanas are commemorative or promotional, like the aforementioned political designs or the early 20th century designs associated with Gene Autry, Disney, Campbell’s, or other famous brands.