Today many women find that their pockets are a real struggle. There’s never enough of them and when there are pockets on a garment they are often too small. But, how did this happen? Why aren’t women’s pockets like men’s? It might surprise you to find that this is a struggle that’s been going on for centuries! 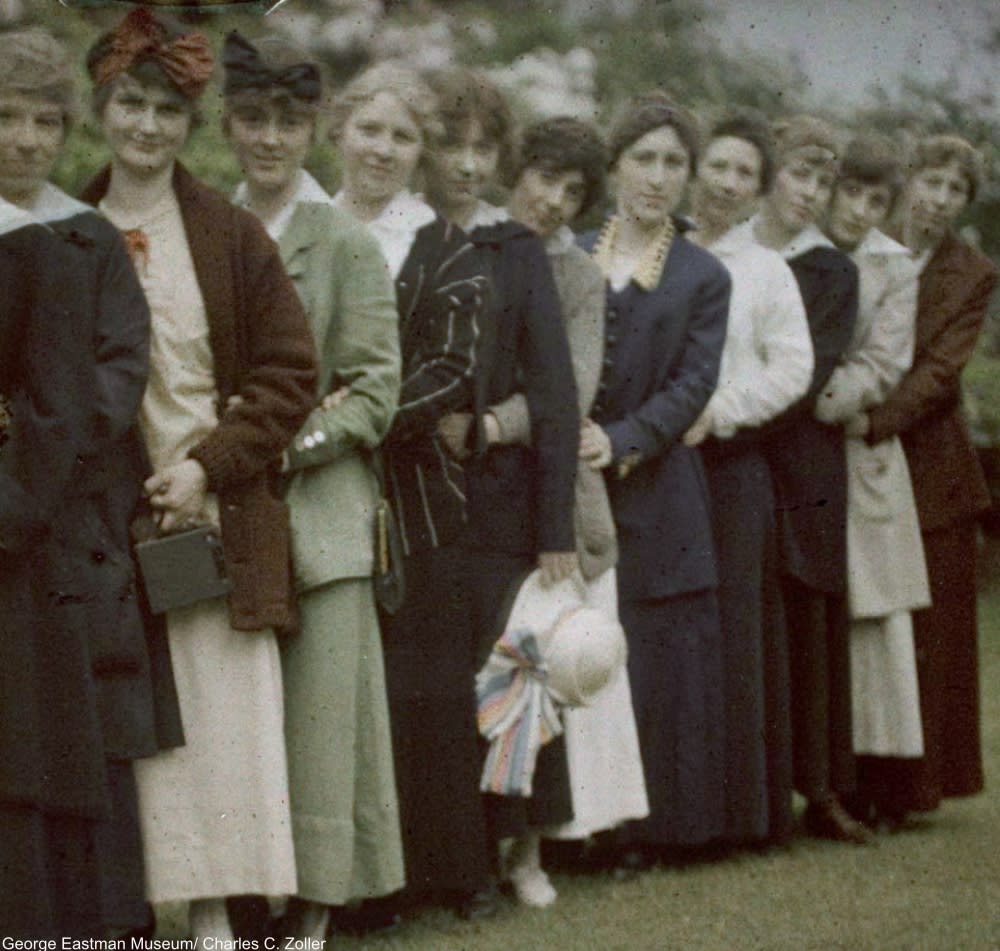 Women used to wear a fabric pocket on a string under their aprons or coats and for centuries this was the norm. These were rather large and very convenient to access. For women of the upper crust they might not have needed to carry much in them, but lower class women had all the accouterments for the day’s work close at hand, like clothes pins or sewing tools. 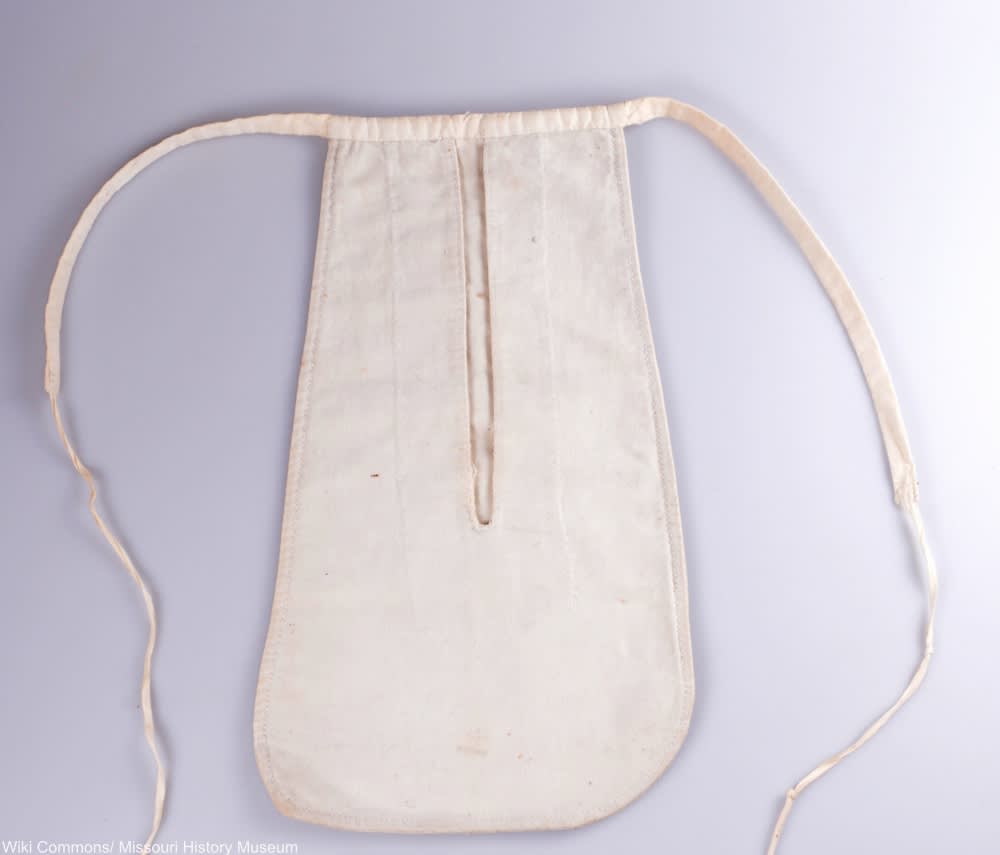 For poorer women plain pockets were the order of the day. Via/ Wiki Commons

In the 19th century with the empire dress becoming the most chic look, the dresses were altogether slimmer and fashion won out for many women of the upper classes. Many women’s dresses of the early 19th century were trim, sheer frocks that were too delicate to either hide hanging pockets or support internal pockets.

Women began to carry reticules or small purses instead of the hanging pocket, which limited their mobility and dexterity. For wealthy women this was no great loss despite the inefficient use of their hands. But, for the average woman and for stalwarts who loved their large, concealed pockets, the tiny reticule just wouldn’t cut it. And, trying to put pockets into the dresses themselves often ruined the lines of the dresses. 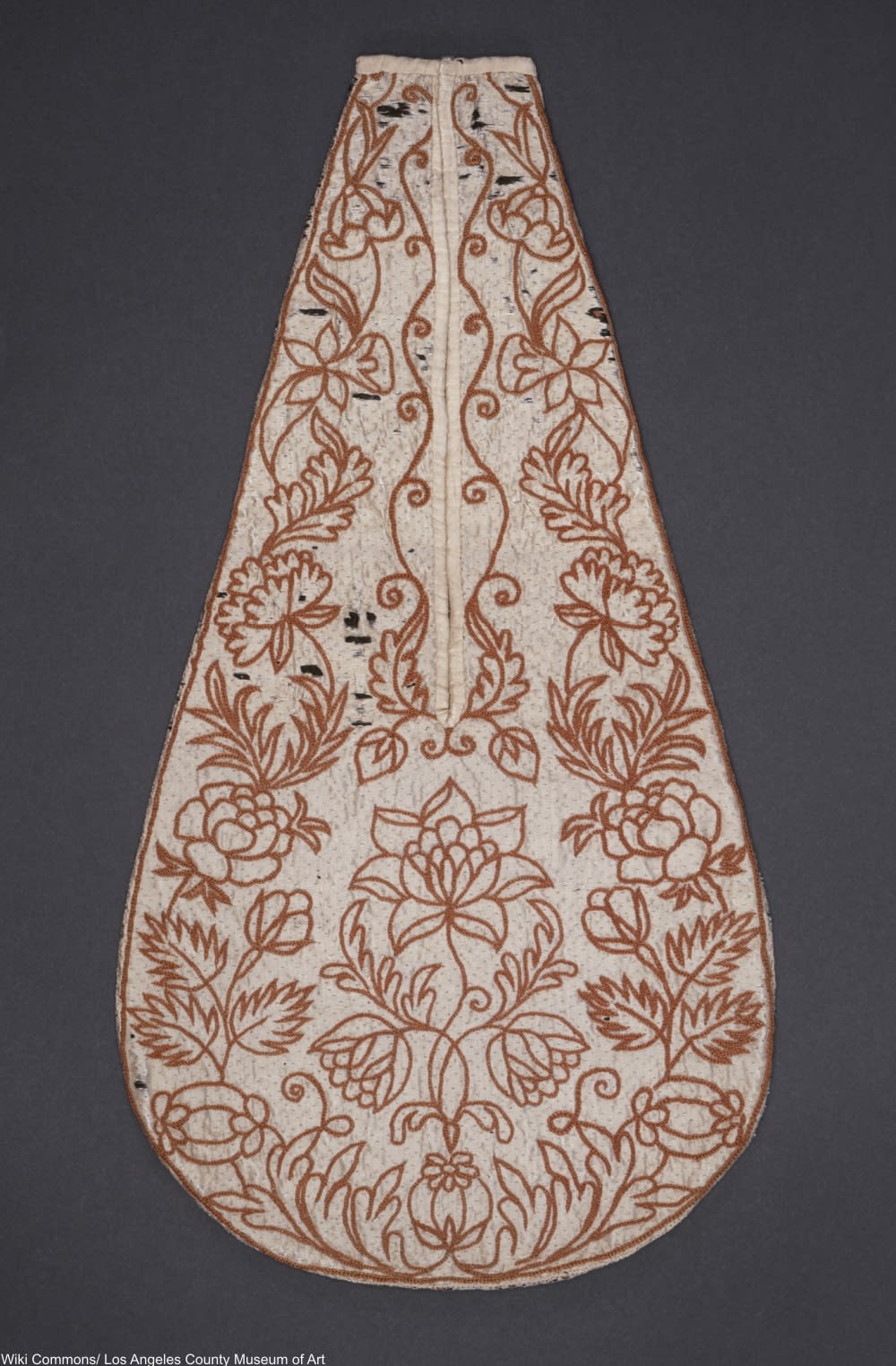 Elegantly embroidered hanging pockets were sometimes a feature of the outfit. Via/ Wiki Commons

Even as late at 1900 there were frontier women in the U.S. who were wearing these extremely useful pockets under their aprons, but in the end the reticule won out. The problem of how to put pockets into women’s clothing in a way that was fashionable is something that no one ever really got a hold on.

Often the pockets on ladies dresses were placed too far away to be useful to the wearer, as evidenced in photos from the ’20s when women’s rights were getting going. But, look at the women struggling to reach the pockets that are too low to provide easy access! 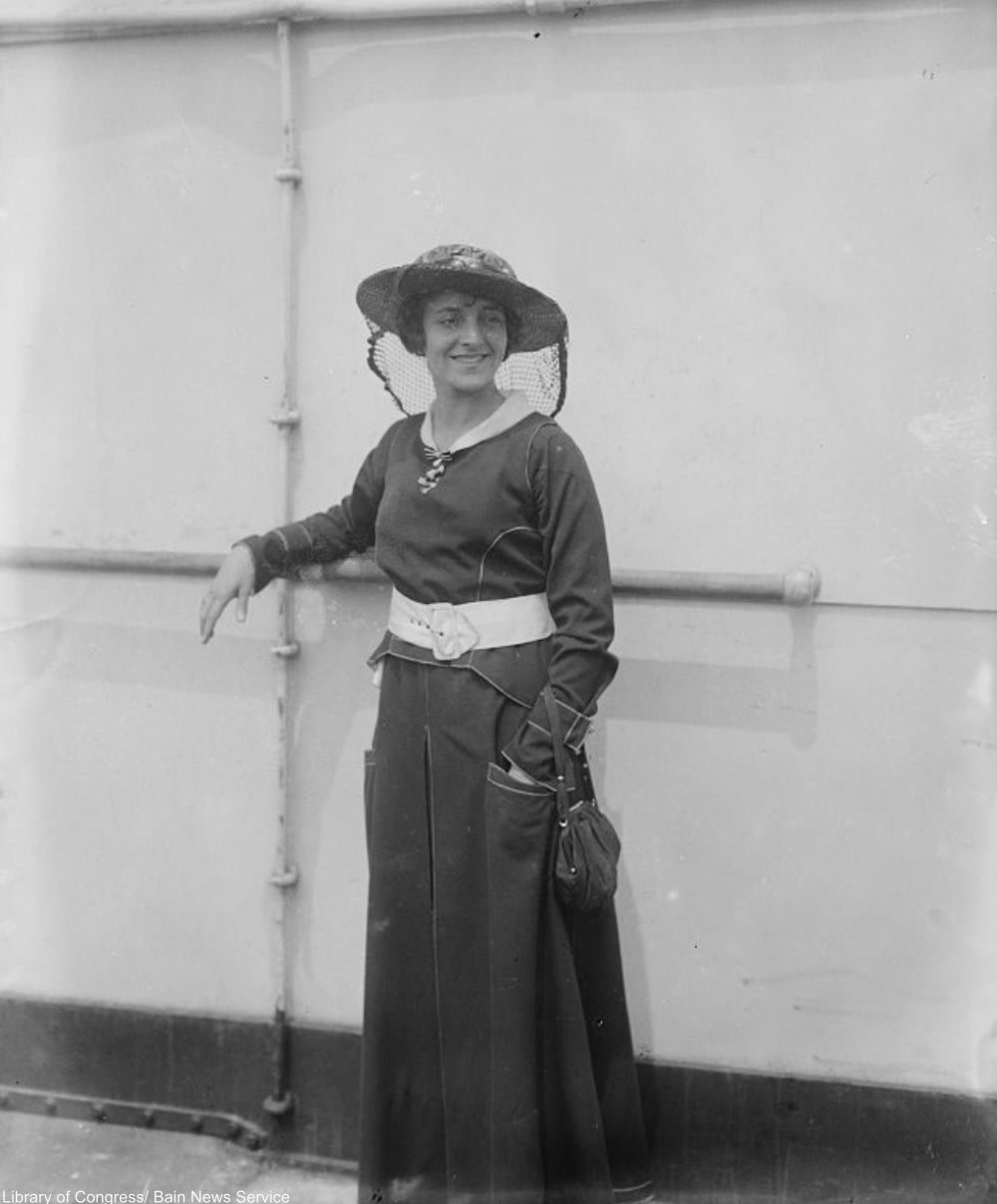 This woman has pockets, but they’re so low that she’s also carrying a reticule. Via/ Library of Congress

Despite having full sized pockets when the first pairs of Levi’s jeans for women were sold in the 1930s-40s, women’s pants pockets today are on often too small. Some recent research found modern women’s jeans on average to be 48% shorter and 6% narrower than men’s pockets, that is if the manufacturer hasn’t removed altogether for the sake of fashion.

Even some women’s uniforms, like police gear, are made with pockets too small to be useful! One example offered is that in this case female police officers simply wear men’s uniform pants instead. 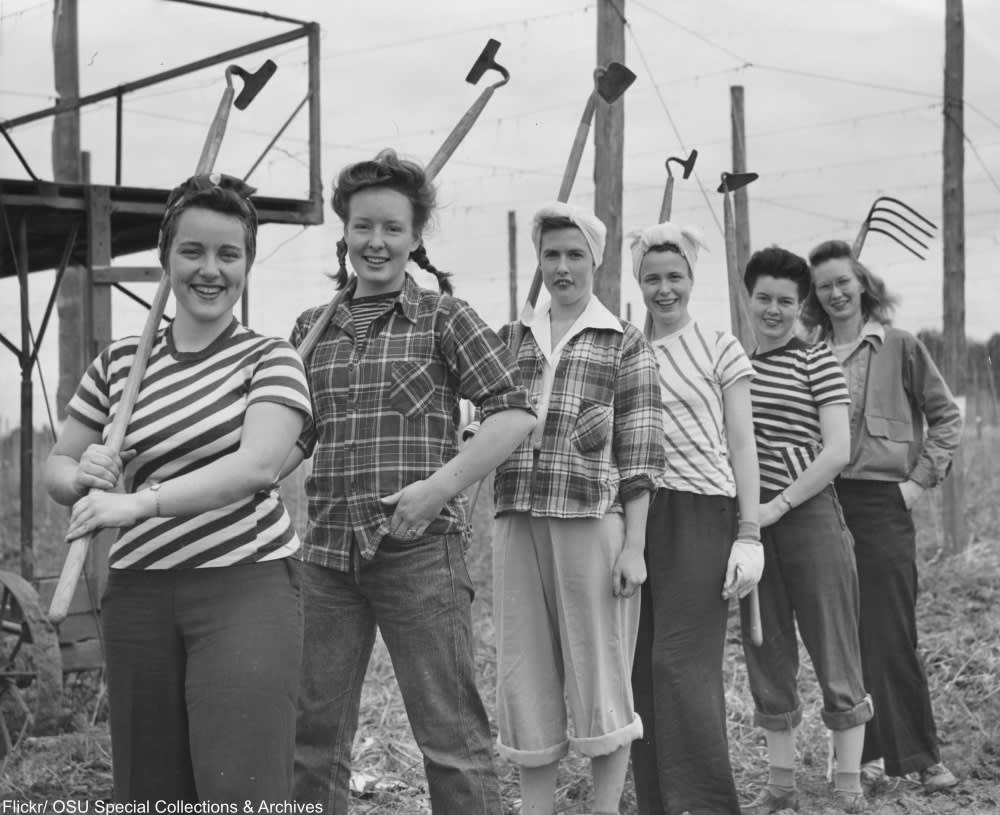 So in demand are pockets for women that it has become a point of pride when someone offers a compliment on a dress or outfit that actually has pockets. The reply often is “thank you, and it even has pockets!” and speaks volumes about the rarity of these useful fashion elements in our most beloved pieces of clothing.

Where do you stand on the issue? Would you consider yourself a pocketist? 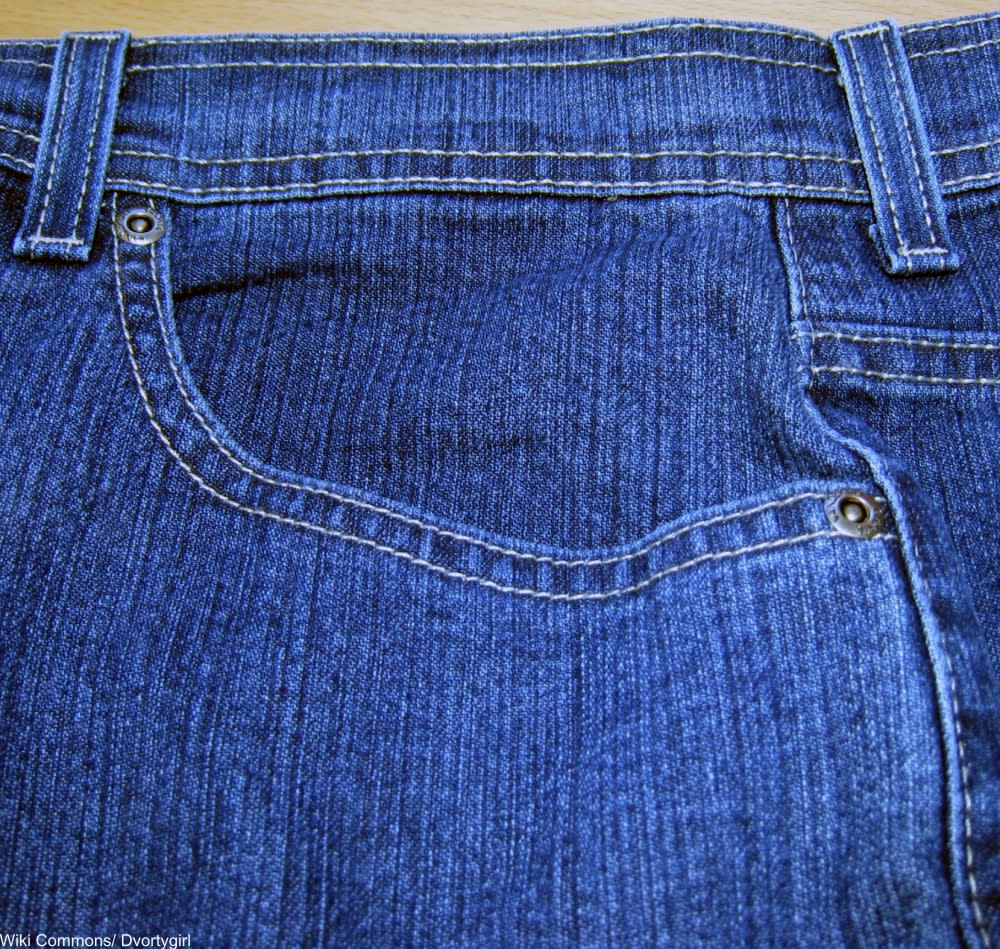 Women's fashion pieces we miss: Click “Next Page” below!