At €254,000 (or $268,967 USD), the chapel being offered up by Espaces Atypique (and apparently also listed with the Patrice Besse agency) in France is a fairly good deal when you consider that the stone building was constructed all the way back in the 1600s. The chapel is located in a small, unnamed village in the department of Oise, about an hour and half north of Paris and has some extremely unique features- even for a historic church. 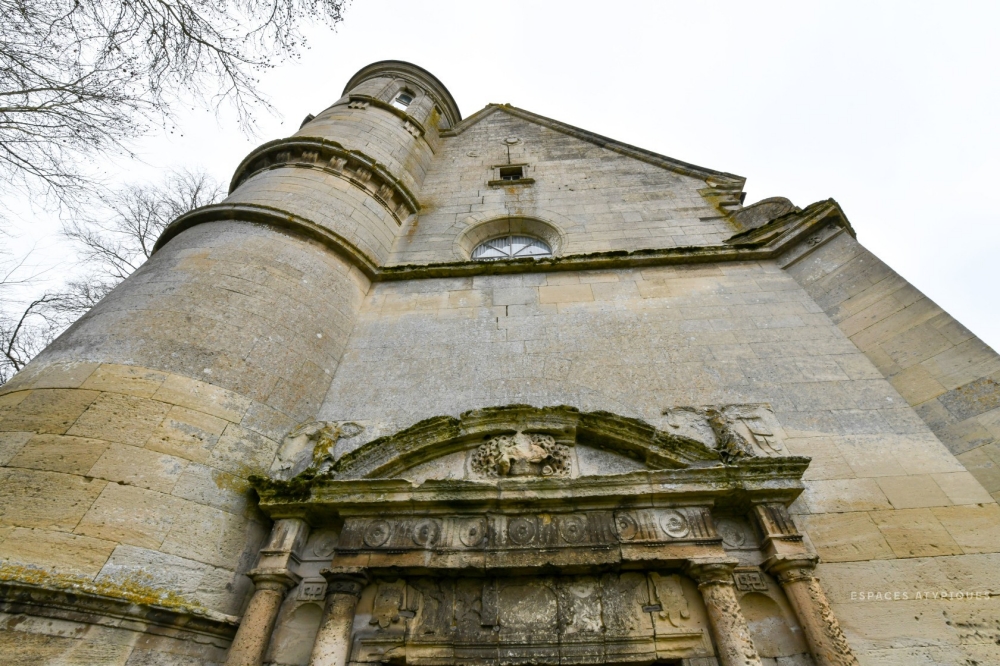 The vaulted ceilings of the chapel are elegantly done and the large turret contains a staircase. Part of the mezzanine level has been updated into a studio/office with kitchenette, but still retains the huge antique timbers that lend the space tons of character. The addition of carpet, lights, and heaters makes the space modern, but within that space you can also still see the old church bell among the rafters. If living right alongside history is your thing then this might be the French retreat for you. 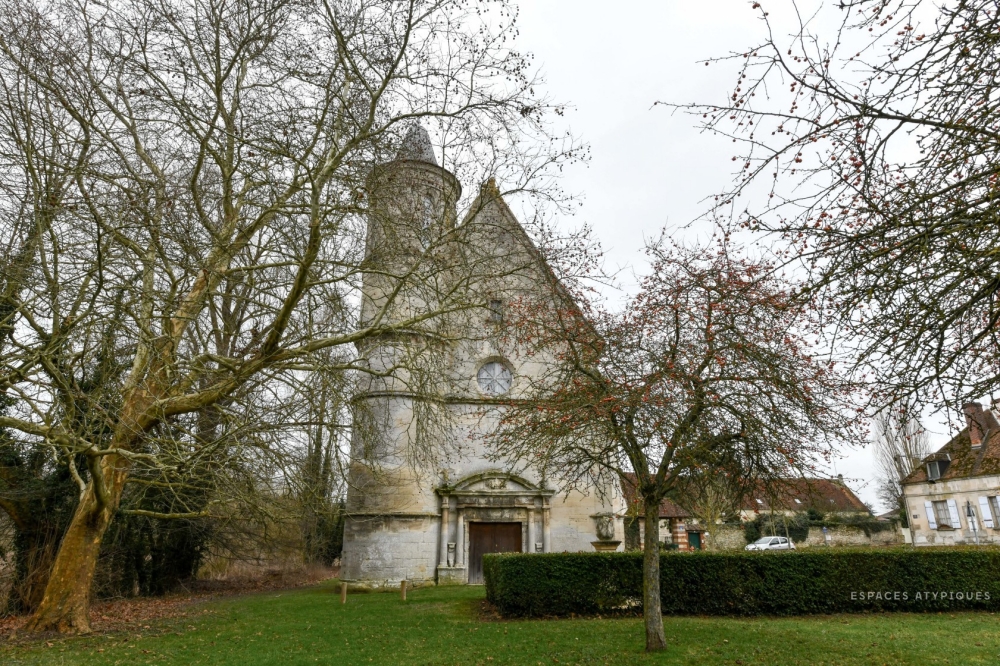 The historic property enjoys a low tax cost because of its significance. From the listing: “Located in a picturesque village of the Oise where time seems to have stopped, this building is not a house like the others, it is a chapel of the 17th century and classified as a historical monument! This chapel, which has been desecrated, is a rare witness of religious architecture of the 17th century in the Oise.”

There is a single nave with three sections, as well as (now empty) arched statuary alcoves along the walls. 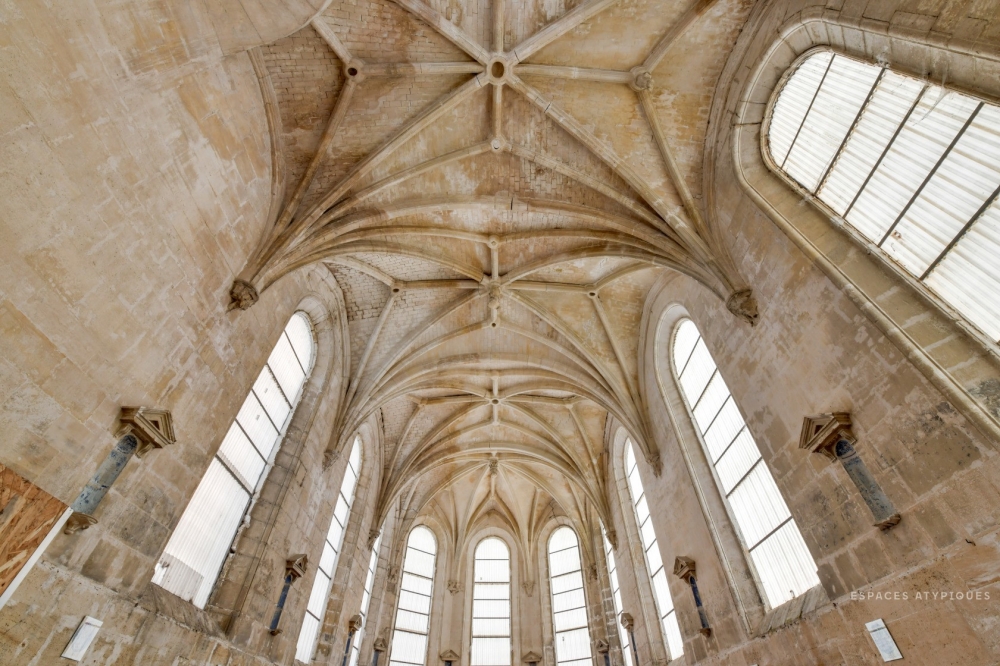 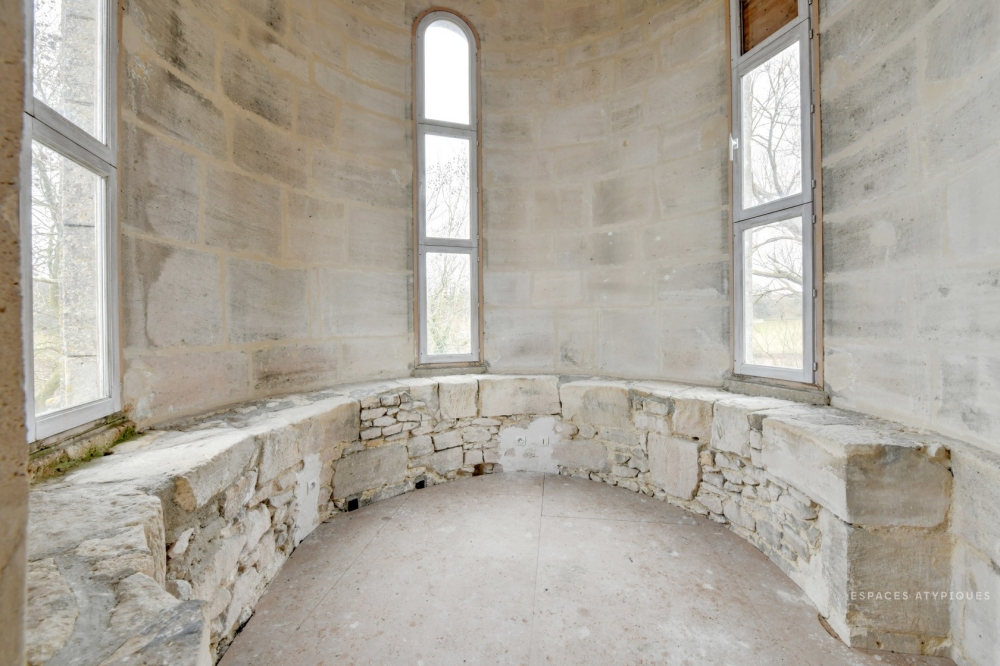 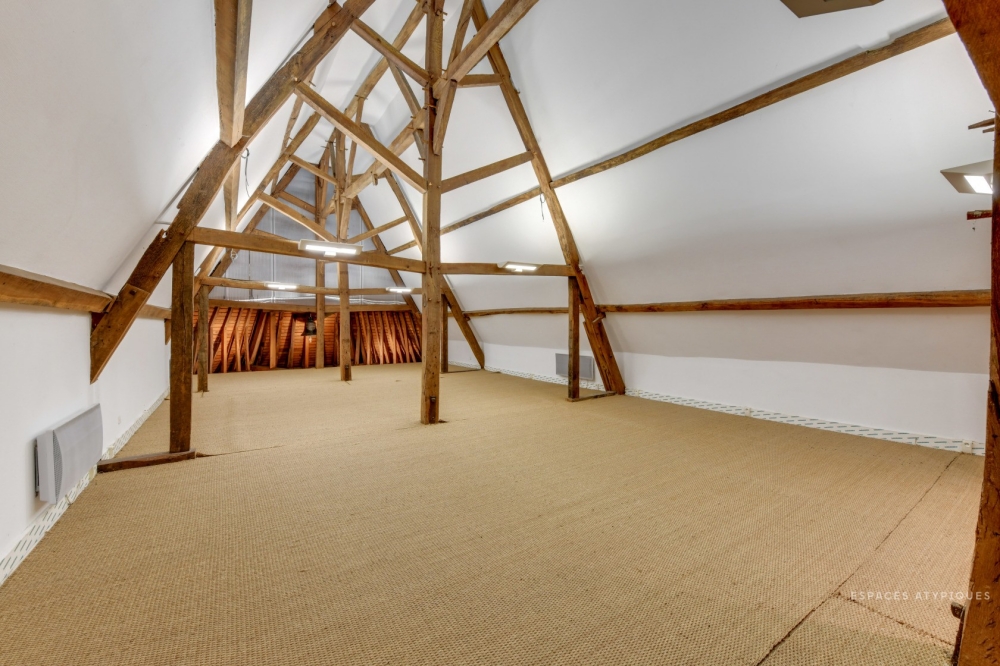 According to the real estate company the roof and walls are in good condition. The chapel would need updating and probably conversion if the space were to be used differently. Unlike many other historic churches there is no stained glass on this building. However, the turret spaces, the timbers, the vaulted ceilings, and the stonework make up for that fact. 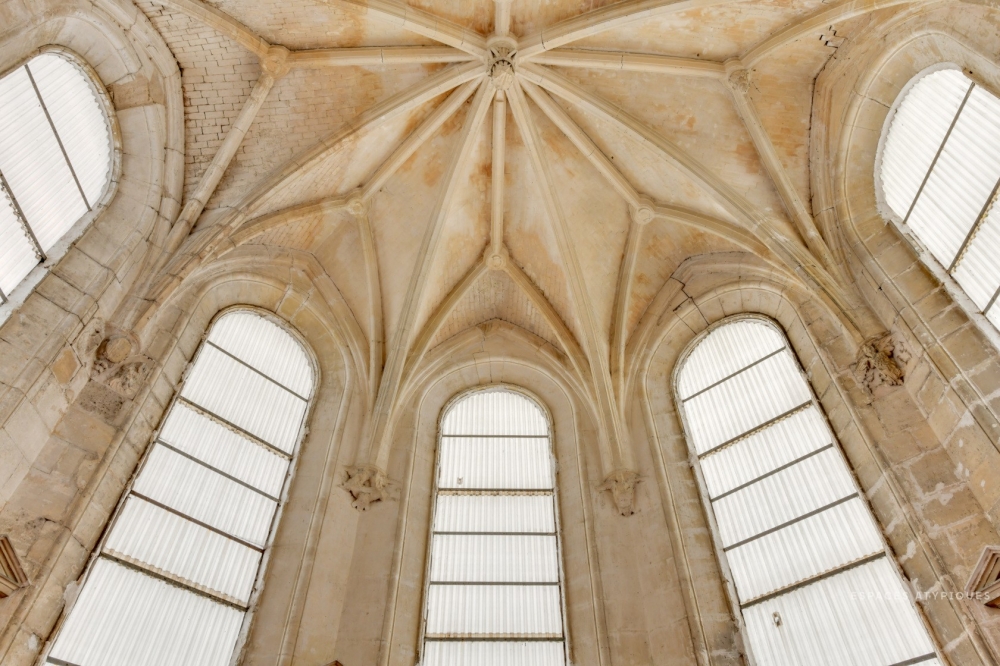 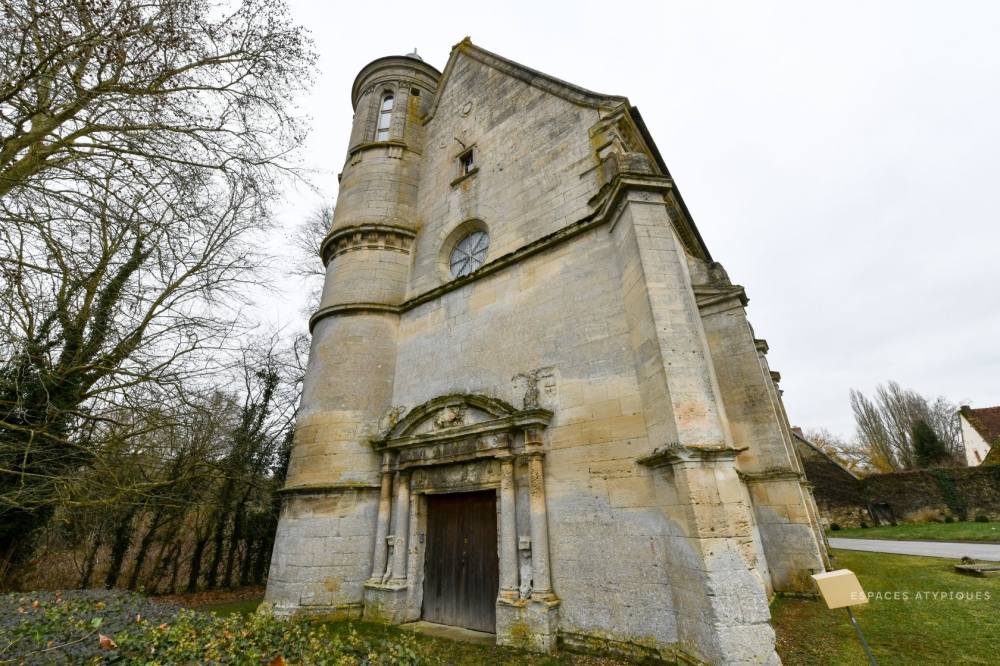 The chapel also comes with four parking spaces and an elementary school right next door. The nearest town is Beauvais which is 21km away, with Paris only 56km away. Despite being rural, the location isn’t too far away from other towns and cities.

What do you think about living in churches? Would you live here if money was no object?