Deadhead Photos Over the Years Show a World Long Gone

The Grateful Dead started their musical career together as The Warlocks in Palo Alto, California, in 1965, but changed their name after their first choice had already been taken by another local band. By the early 1970s their music had captivated fans around the world – even as the mainstream largely pulled away from hippie culture. The band’s only top ten hit, “Touch of Grey” wasn’t released until 1987, exposing a whole new generation of youngsters to their music. The followers of the Grateful Dead, known as Deadheads, were a group characterized by their undying love of the group’s live performances and of the lifestyle that went with it. 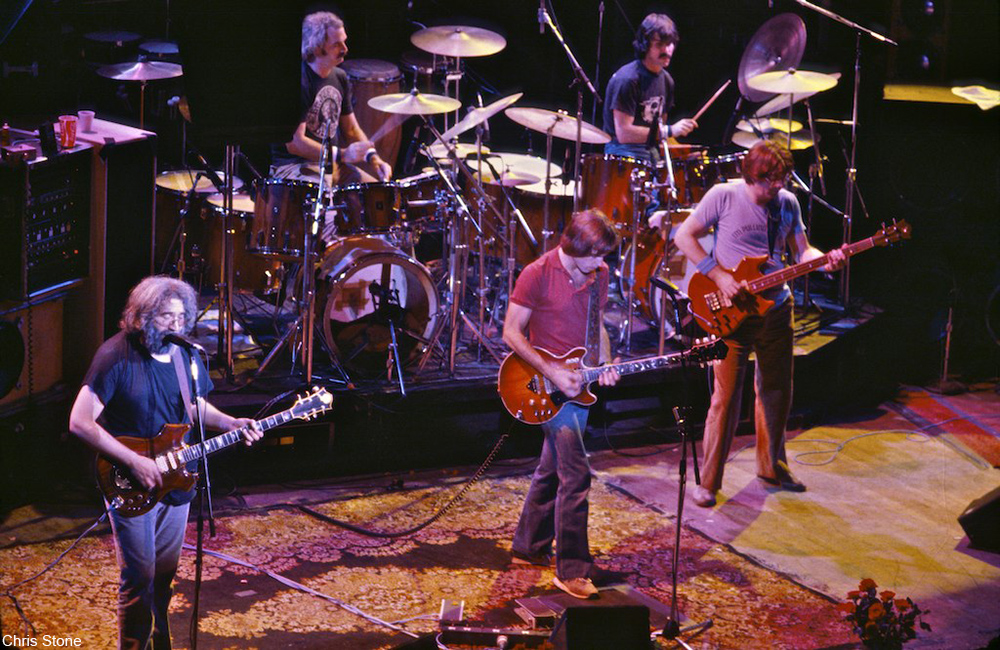 The Grateful Dead performing in 1980 in San Francisco. Via/ Flickr

Since the band’s studio albums failed to capture their improvisational psychedelic style, many Grateful Dead fans over the years made it a hobby of collecting “bootleg” tapes of the live performances. The band allowed for taping at their shows, a process which eventually led to special taping sections at shows and tickets issued for tapers, provided there was no exchange of money from the tapes. It was common in the ’80s and ’90s to be able to walk into a head shop and buy or trade any number of bootleg tapes. 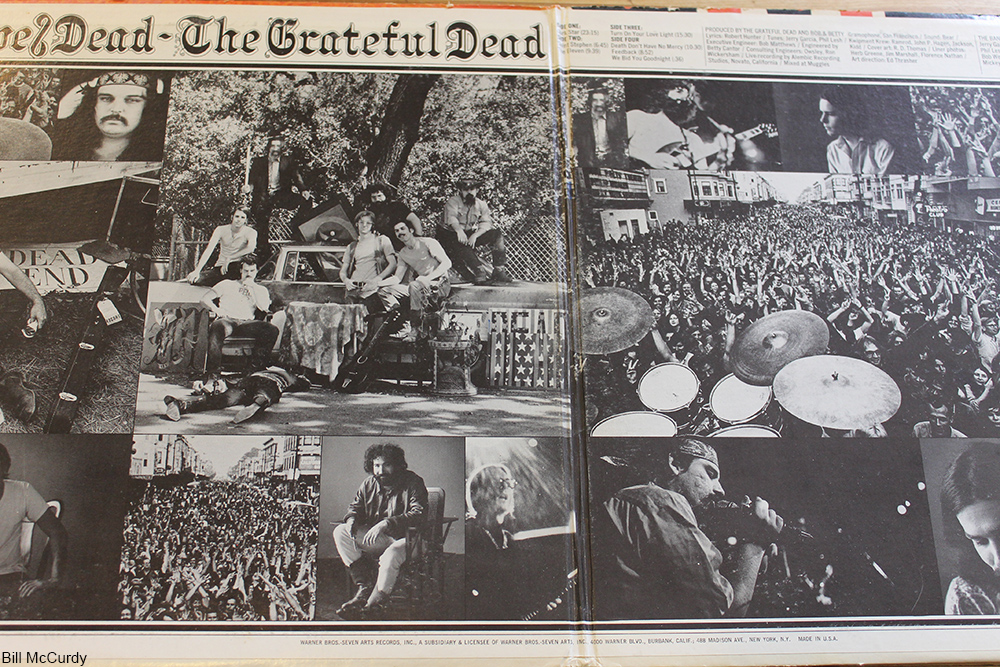 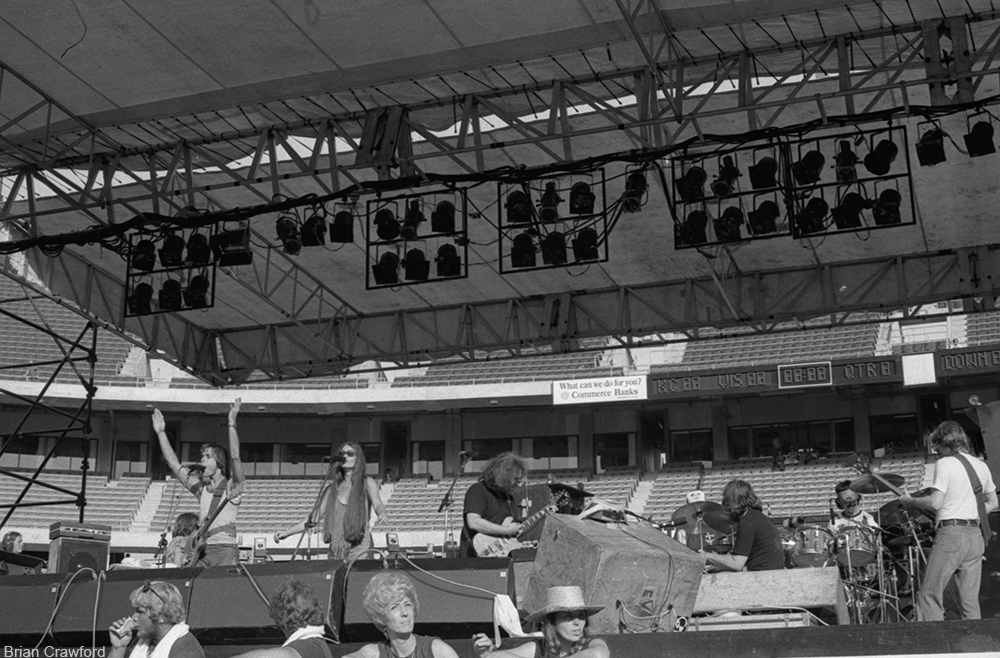 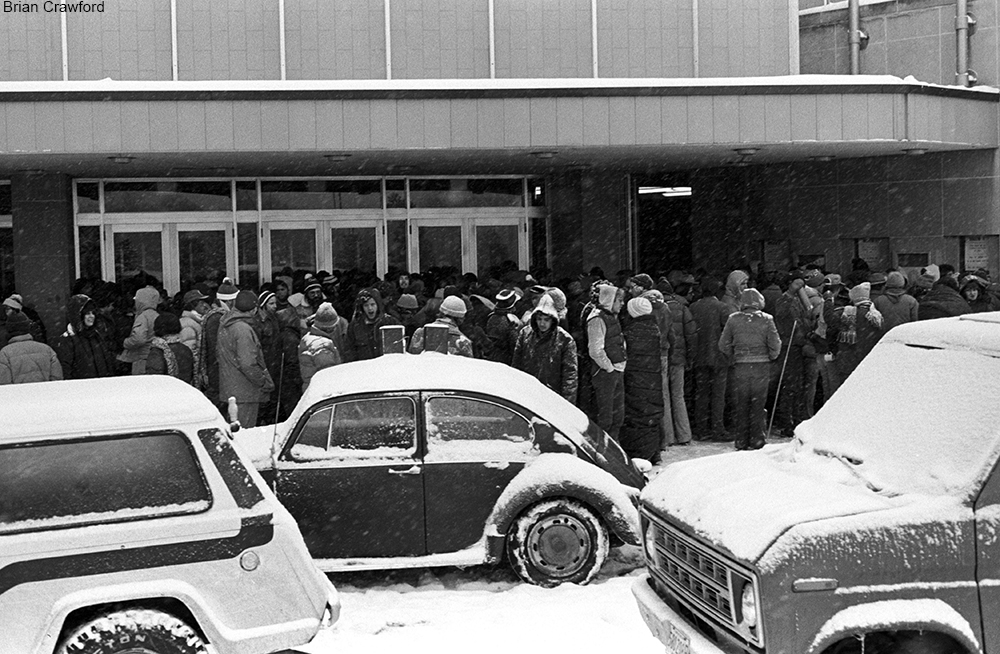 Students line up in the snow for tickets, 1979. Via/ Flickr

The iconic artwork of the band served to further unite fans. The “Steal Your Face” logo and the “dancing bears” artwork (it was later said by producer Stanley “Bear” Owsley for whom the bears were made that they are marching, not dancing), as well as many other famous designs added to the unique branding of the band, one which helped create Deadhead culture.

The counter culture elements of the fanbase also created a tight-knit group that had its own rules and codes. Certainly, Deadheads were often willing to help each other out with rides to shows, sometimes even tickets, on the assumption that seeing the Grateful Dead was an important activity that a fellow Deadhead shouldn’t miss out on. 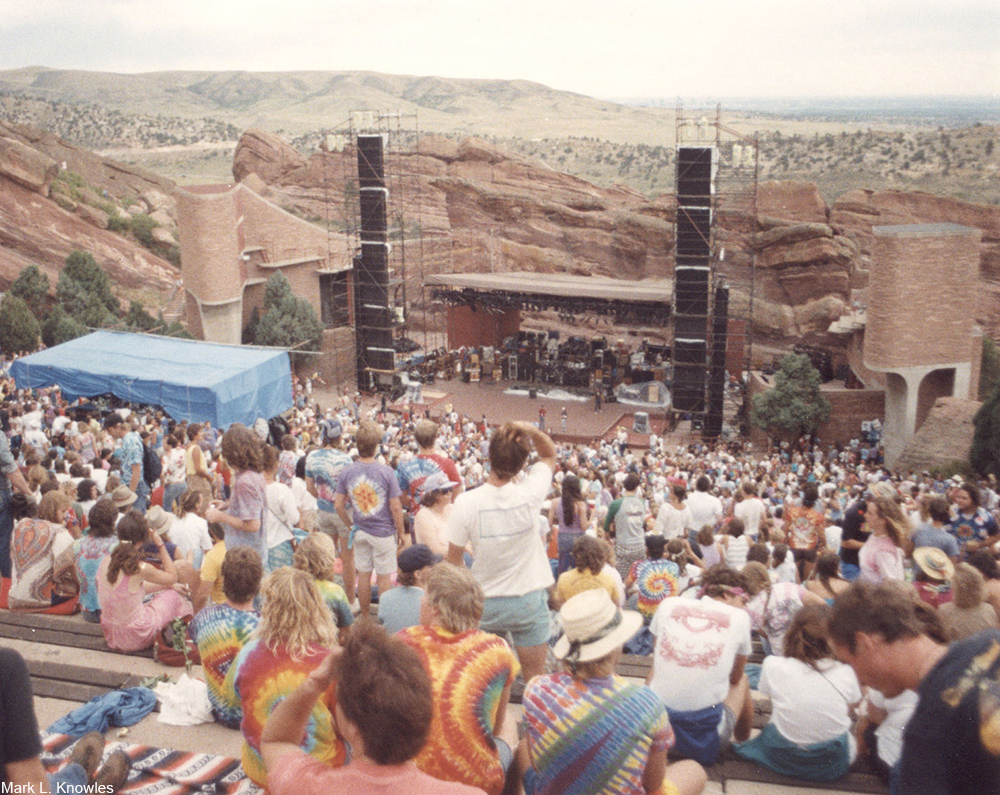 1987 Dead show in 1987 at the Red Rocks Amphitheatre in Colorado. Via/ Wiki Commons

For a substantial number of fans the lifestyle ruled their existence. Some Deadheads became full-time fans who followed the band from city to city obtaining tickets and supplies on an ad hoc basis. While the original performance included the use of LSD from the crowd in one of Ken Kersey’s Acid Tests, in later years the Deadhead community would become known for alcoholism and illicit drug use of all types, as well as frequent arrests. 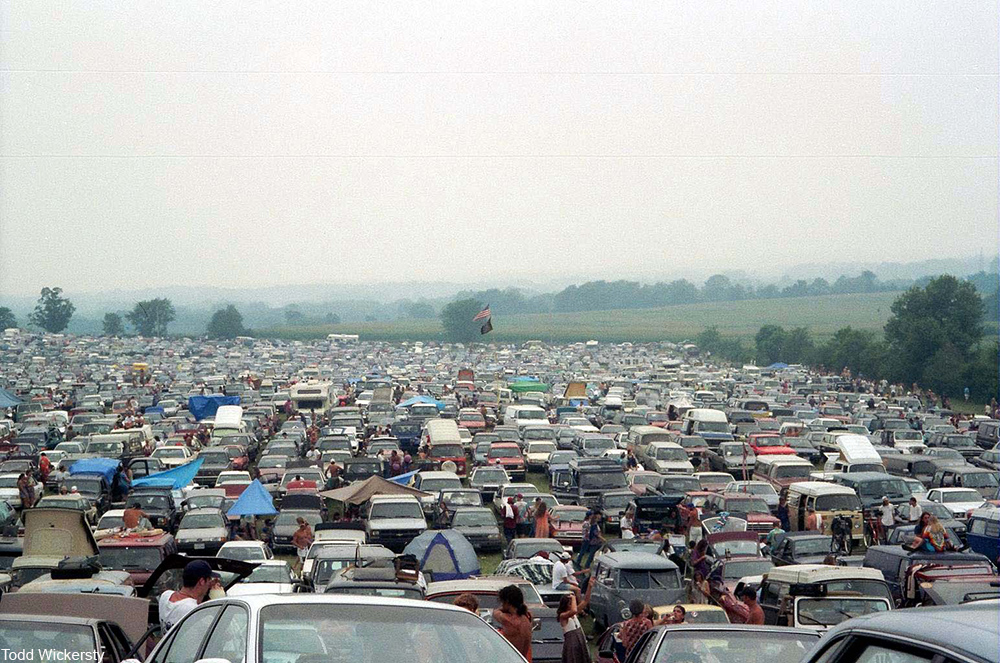 Parking lot at a 1994 Grateful Dead show in Ohio. Via/ Flickr 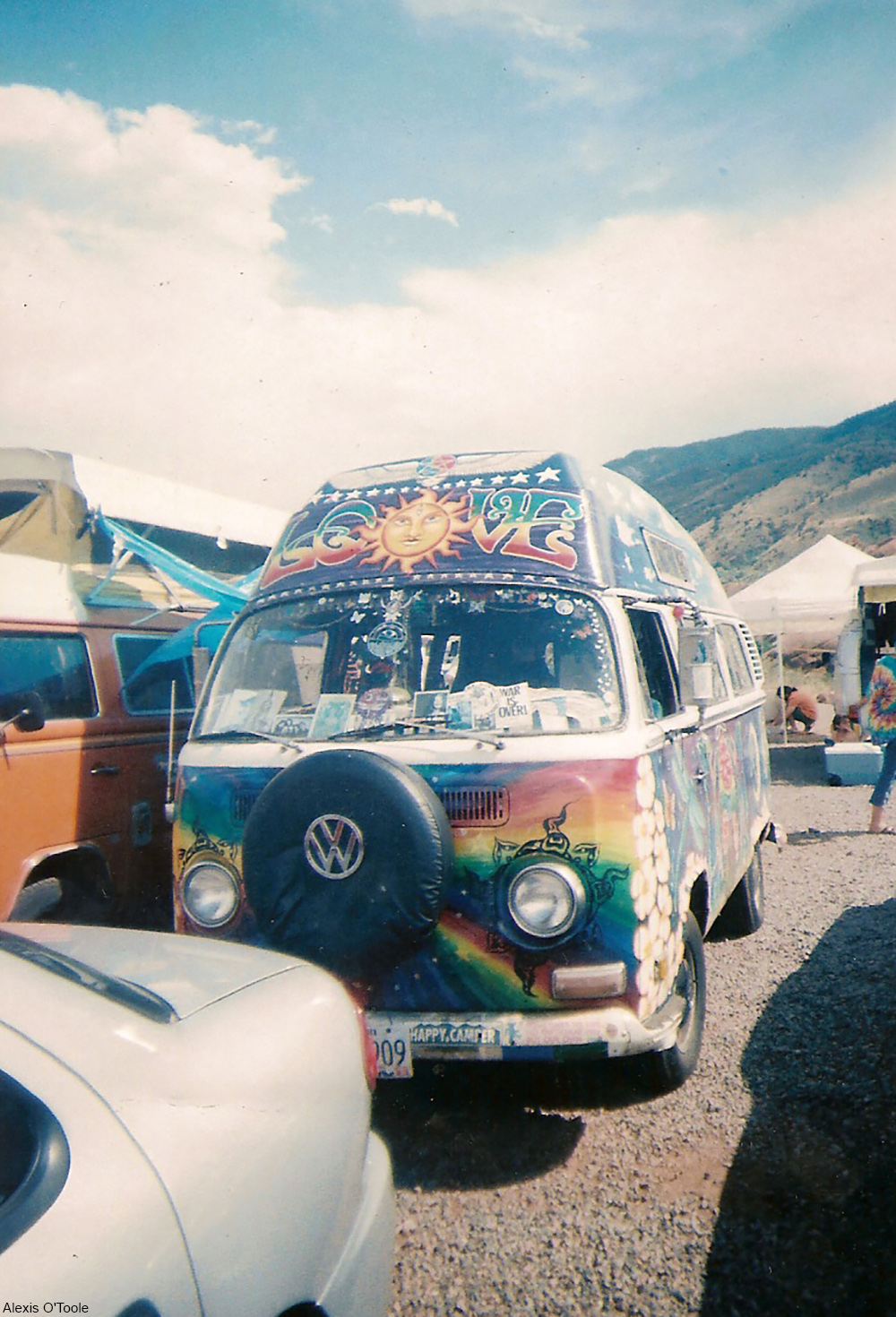 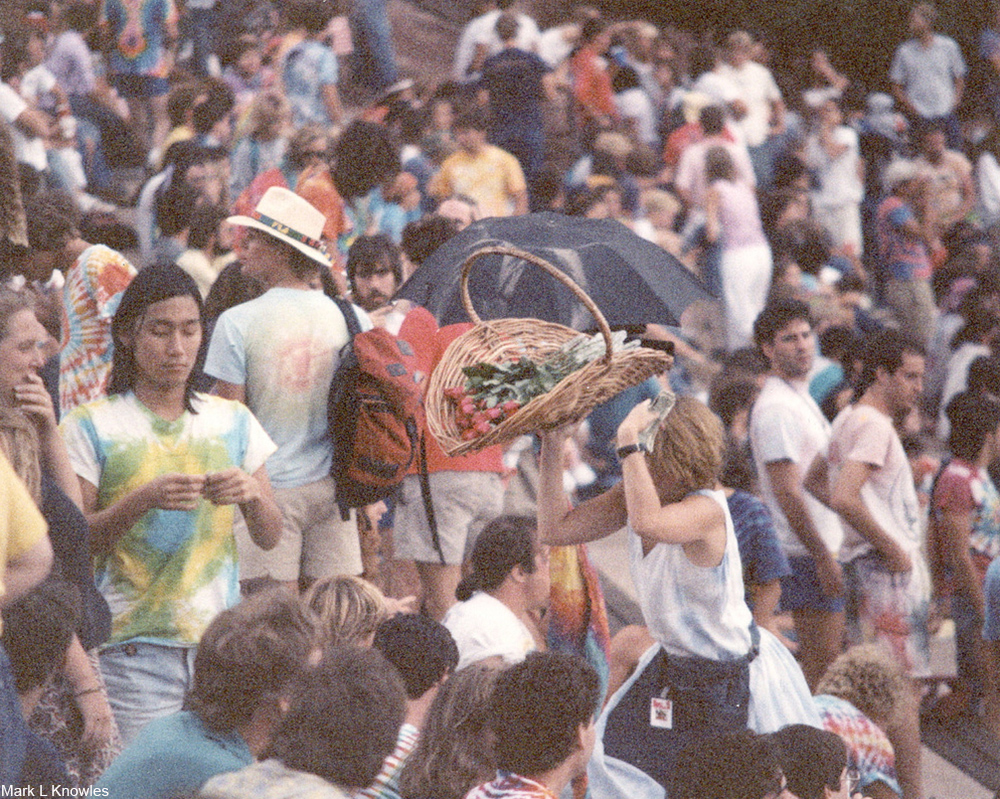 Following the death of Jerry Garcia in 1995, the Grateful disbanded, but have since re-formed at various times with various lineups and new band names. However, for many Deadheads the death of Garcia marked the end of an era.

At the same time, younger fans gravitated towards bands that had a similar demographic (like Phish and Rusted Root), but with a more youthful sound. While various members of the Grateful Dead are still touring and fill stadiums for their increasingly rare shows, the Deadhead culture isn’t at all like it was during the ’70s, ’80s, and ’90s. 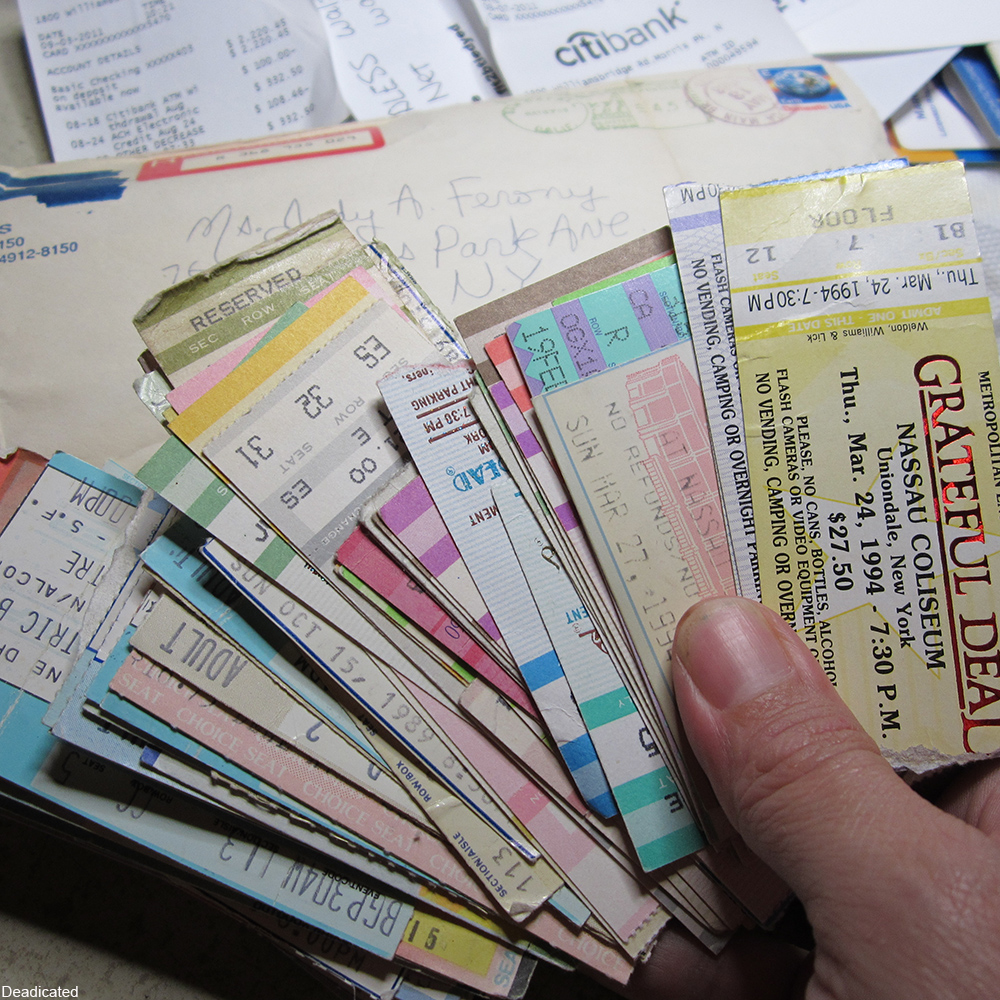 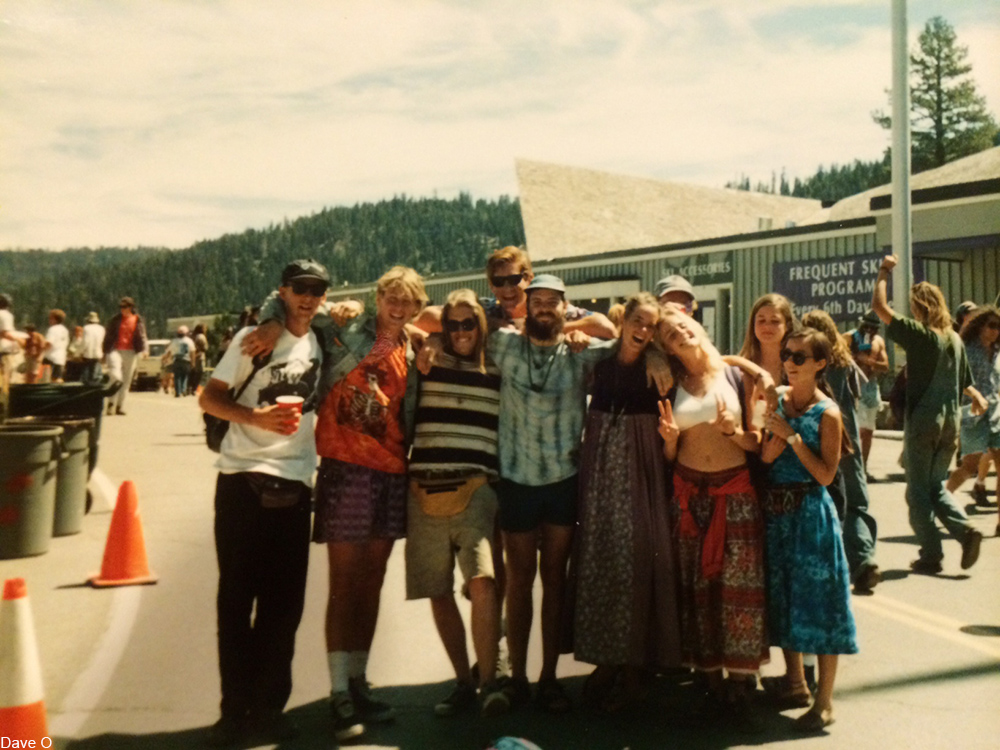 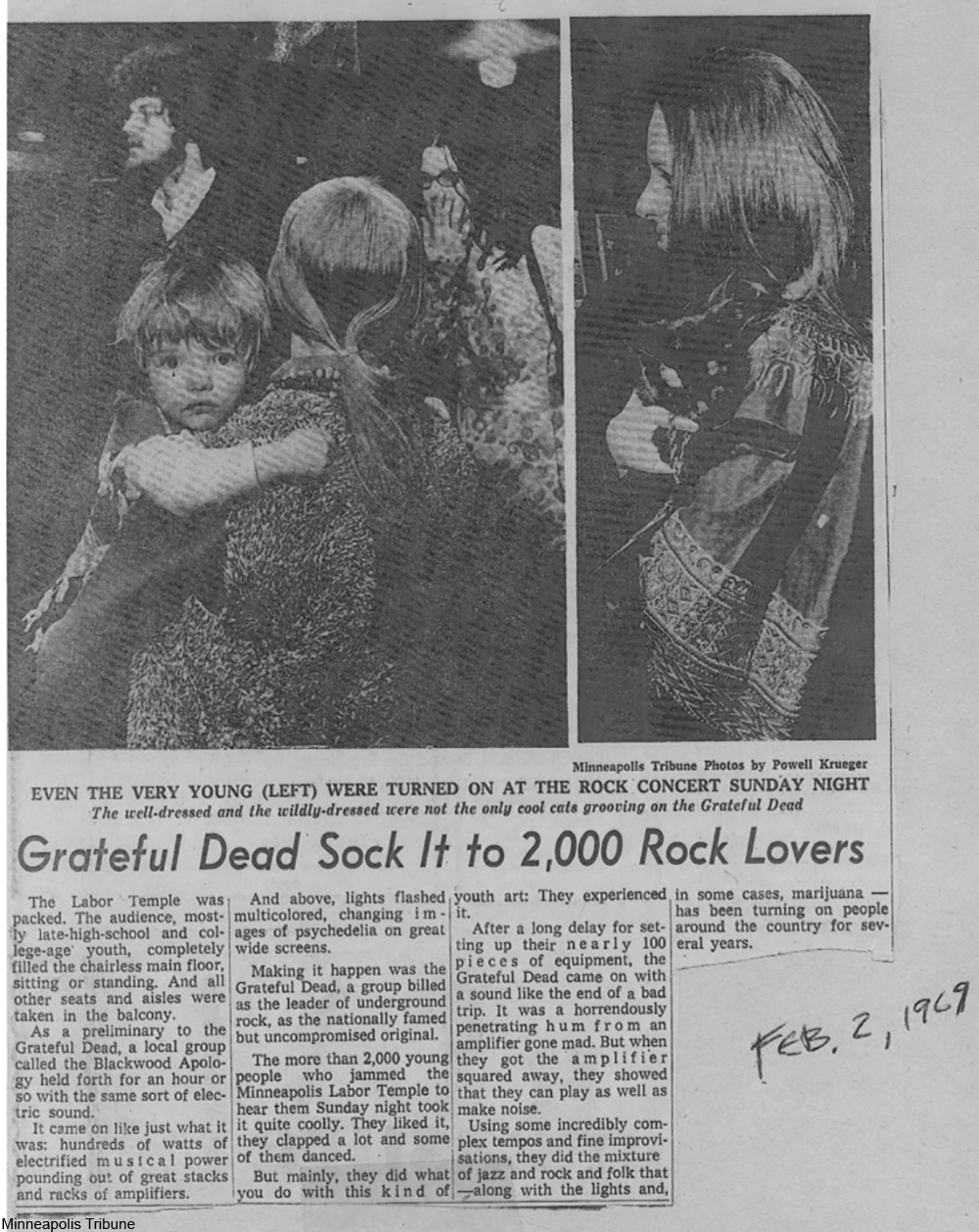 Nowadays, rare Grateful Dead posters and signed LP’s can sell for hundreds or even thousands of dollars online.

For many Deadheads the memories of past shows and the artifacts of the band’s heyday are now some of the most tangible aspects of belonging to this particular subculture.