Ancient Egypt is an endless source of mystery and intrigue. We’re constantly discovering new and exciting things about this fascinating culture and time period. Case in point, hieroglyphics that depict everyday life, prophecies, and religious texts. Some of these ancient symbols are simple enough to translate, but others still leave experts baffled. Here’s a list of a few ancient symbols that look shockingly like modern-day technologies! 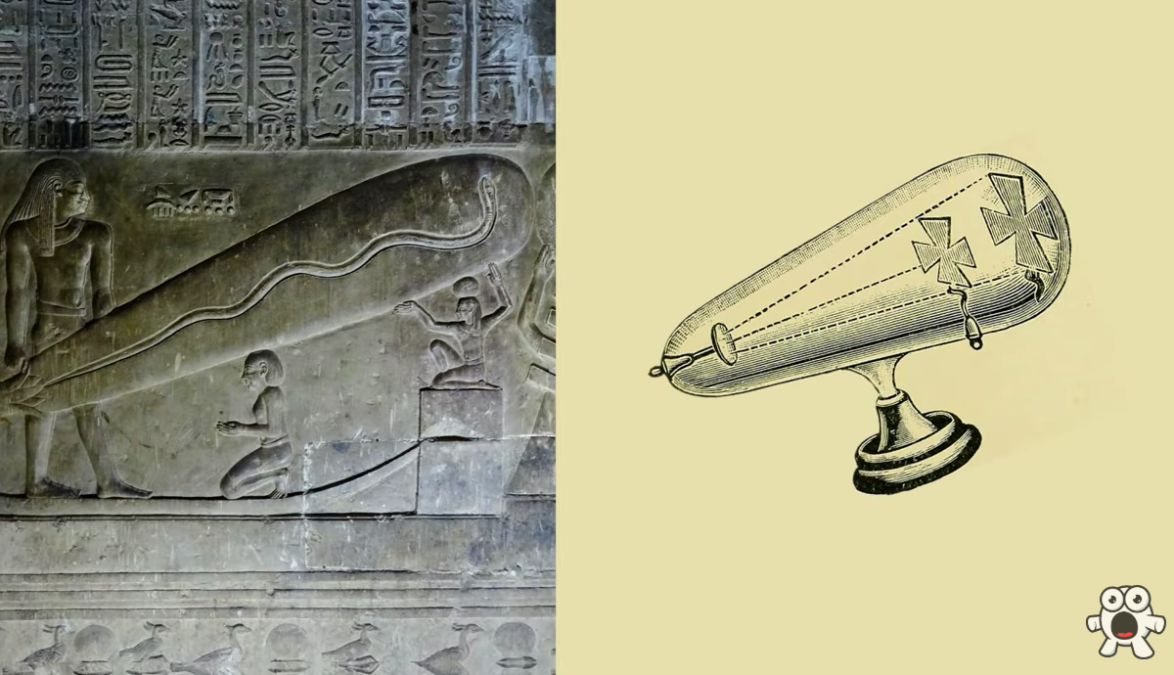 This hieroglyphic appears to resemble an early version of a lightbulb. The symbol, found at the Hathor temple, is known as the Dendera Light. The other symbols around the Dendera Light seem to support this theory… that is if you are looking for it to be true. The “lightbulb” has a cord attached to it, running all the way to a box, which could be interpreted as a power source. Shu, the god of maintaining and cooling the air is sitting on top of the box, which seems fitting, as the power source would produce a lot of heat. Aside from the “lightbulb,” there is another symbol close by, the Djed Pillar. This symbol is important in a religious context, often representing stability. Those who support the lightbulb theory say that it looks an awful lot like the capacitors we use today in power plants. Of course, a lot of this is speculation, but it’s fun to think about the possibility that the ancient Egyptians had access to electricity in some capacity! 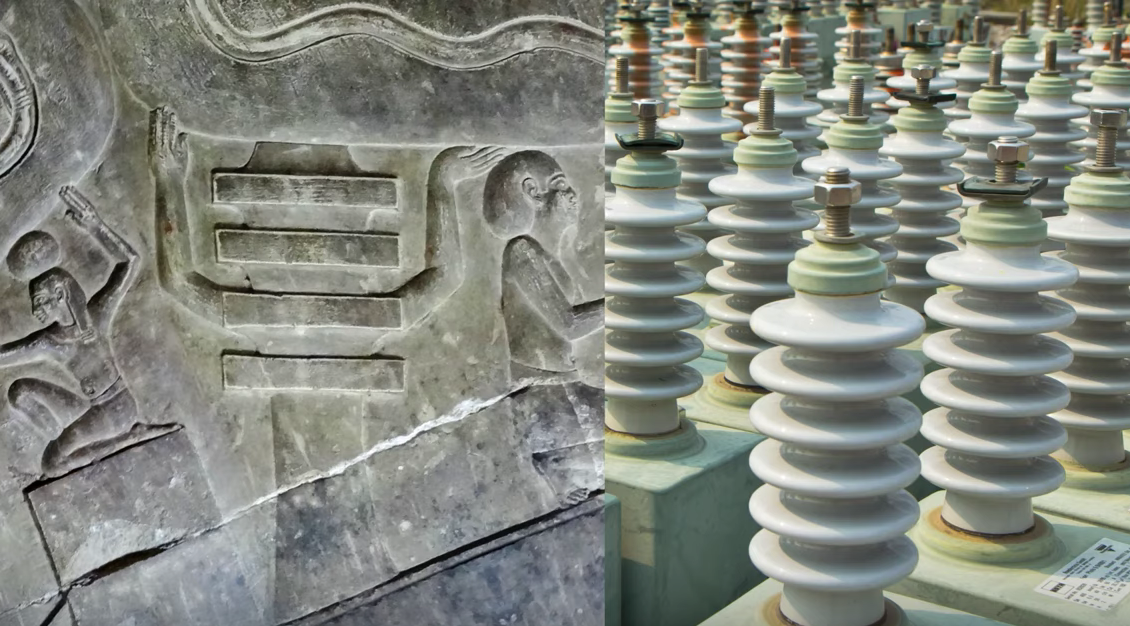 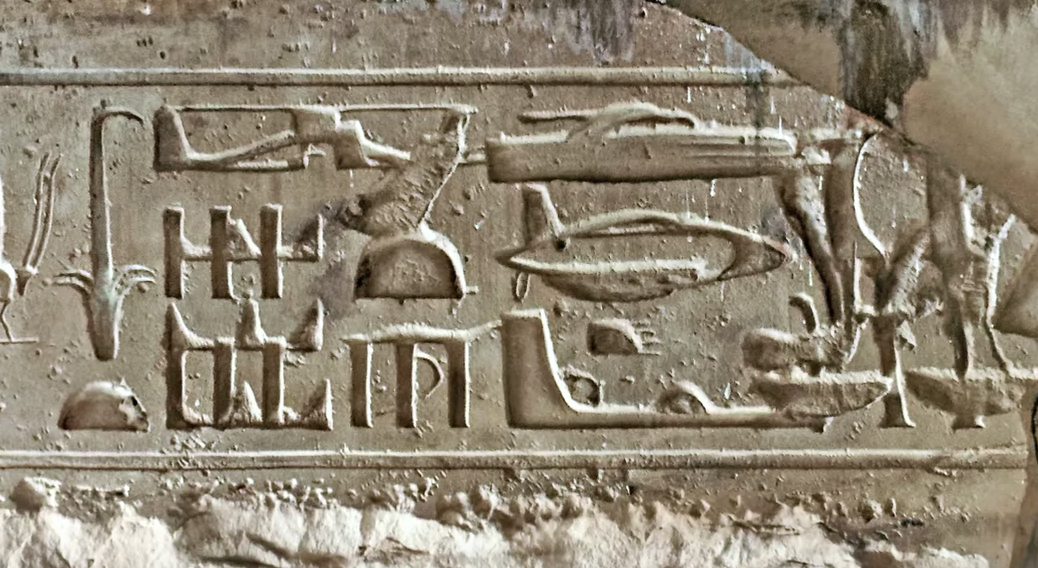 Perhaps the most famous example that most conspiracy theorists turn to as proof that there was modern-day technology in ancient Egypt, is the Abydos Flying Vehicles. At first glance, it’s easy to see why theorists cling to these symbols, as they definitely appear to depict a helicopter, a tank, a blimp, and an airplane. The fringe theories include everything from time travel to aliens coming down to impart wisdom to the ancient Egyptians. Mainstream archaeologists have a more reasonable explanation, of course. Since the temple was constructed over a long period of time, there were two pharaohs who oversaw the construction. Archaeologists claim that there are actually two sets of symbols, one carved right over the other one, thus explaining the odd shapes. Who knows? The fringe theorists might be on to something though! 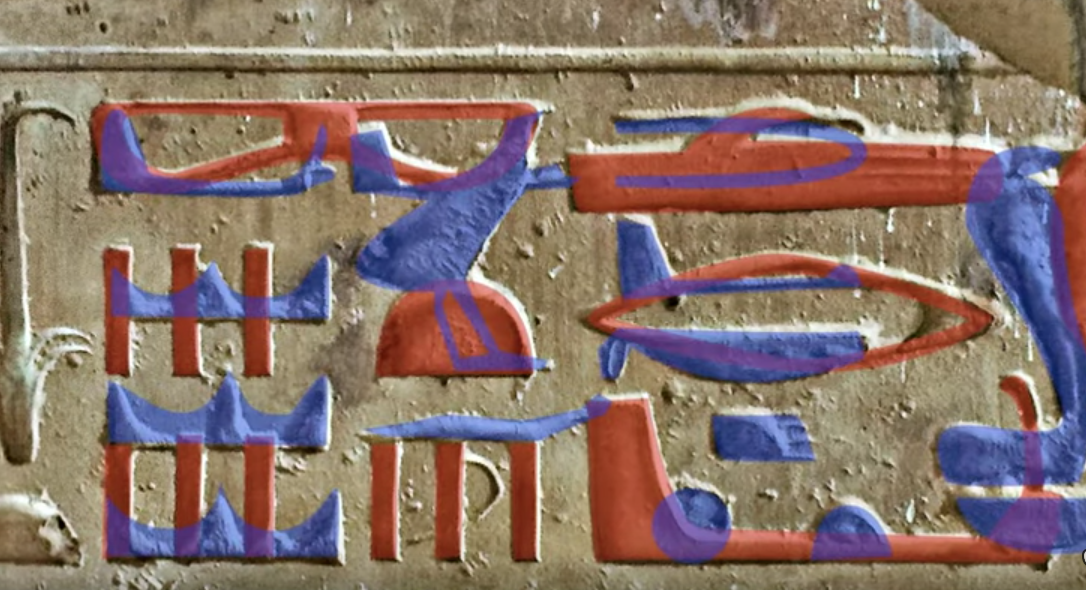 See more fun theories and ancient symbols in the video below!