If you’ve ever been to one of these important landmarks, then you might be kicking yourself for not trying to get into these secret chambers. But, to be fair, not all of these hidden spots are open to the public everyday. Have a look at some of the secret rooms in famous places that were under your nose all along. 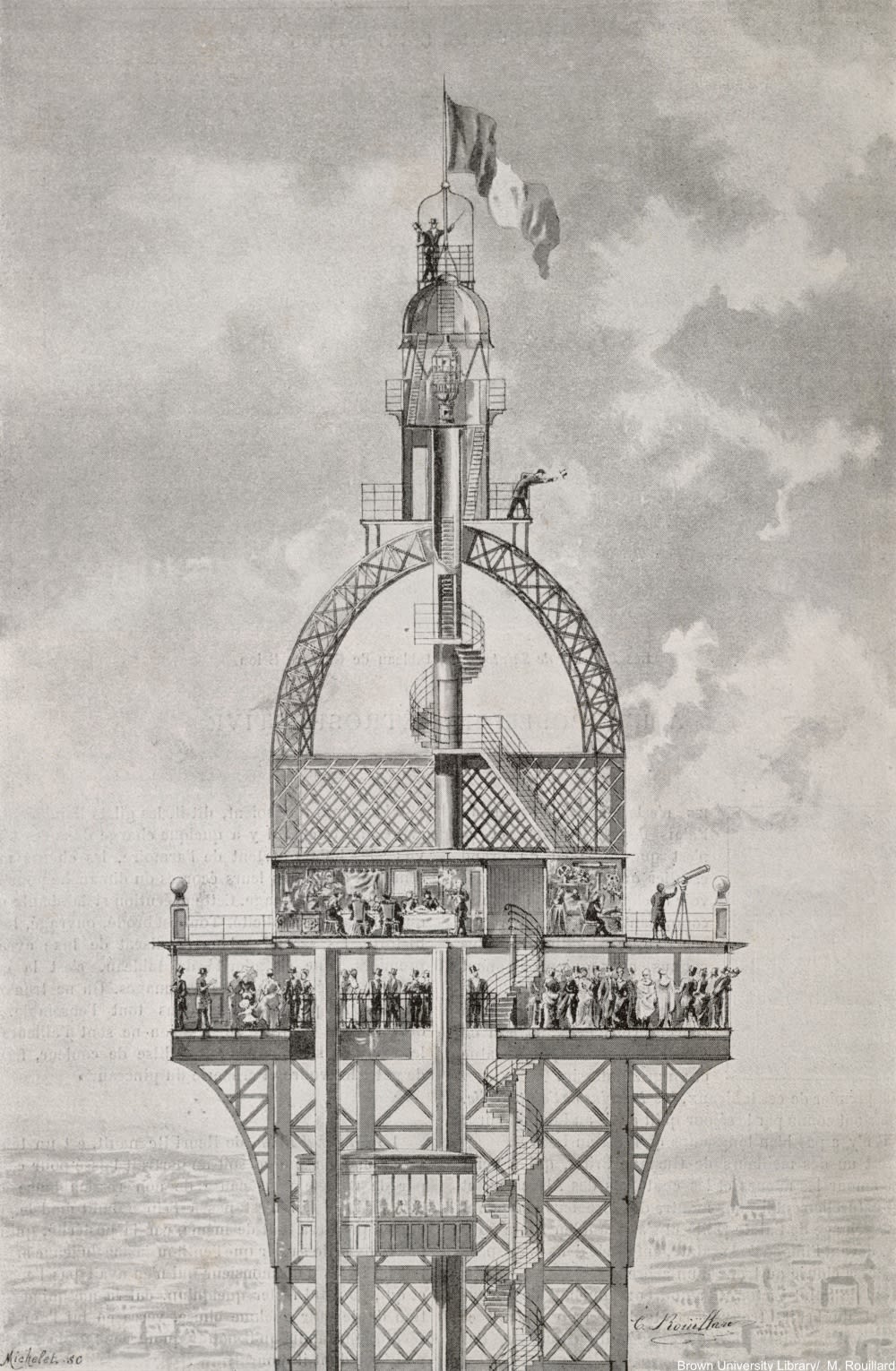 Designer of the Eiffel Tower, Gustave Eiffel, created a the masterpiece in 1889 with one condition: that he be allowed to design a small apartment inside and to be able to visit this private apartment whenever he wanted. The plans (seen above) were approved and today, while very few people get to go inside the apartment, if you are lucky enough to peek into the windows you’ll see the space set up in period decor with wax figures of Eiffel and his daughter Claire, and Thomas Edison.

During his lifetime Eiffel staunchly refused to rent it out, but frequently invited prestigious guests to view Paris from the apartment windows. 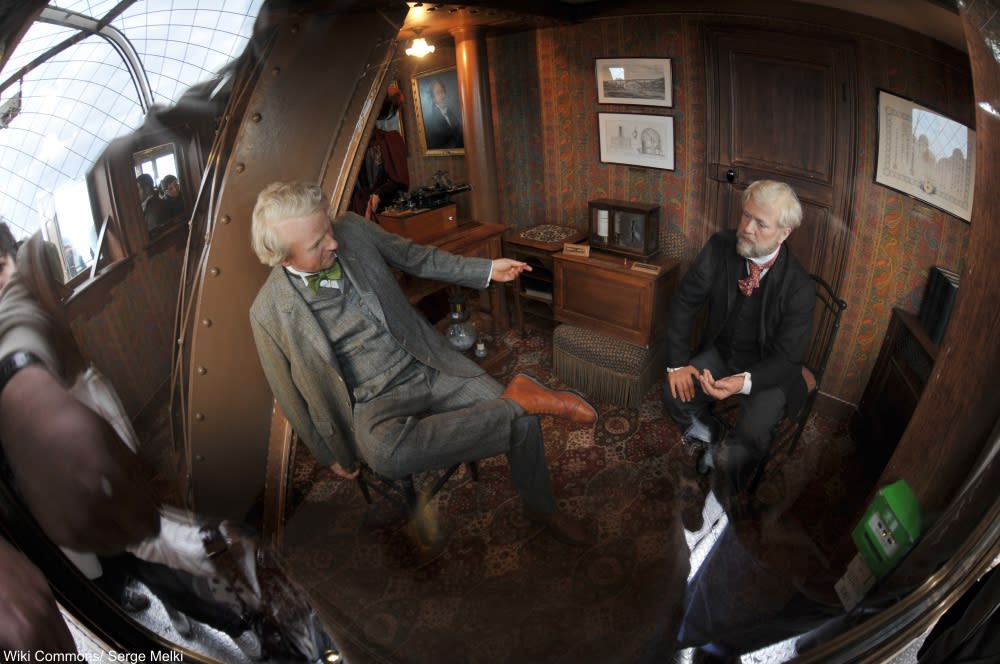 2) The Hall of Records

The Hall of Records was conceived of in the first years of the 20th century by artist John Gutzon de la Mothe Borglum, who was responsible for the creation of Mount Rushmore. The planned features of the landmark went far beyond just heads of presidents carved into the mountain side. Borglum also wanted to inscribe the mountains with the 9 most important events in American history and he also wanted to make a room that would house the documents of importance to the formation of the United States as a country (called the Hall of Records), as well as stairs, other chambers, and a private studio for himself.

While the plan for inscription was scrapped due to the fact that it wouldn’t be legible from so far away, the blasting for the Hall of Records was begun. However, the project was never completed and now this is an unfinished chamber behind Lincoln’s head. 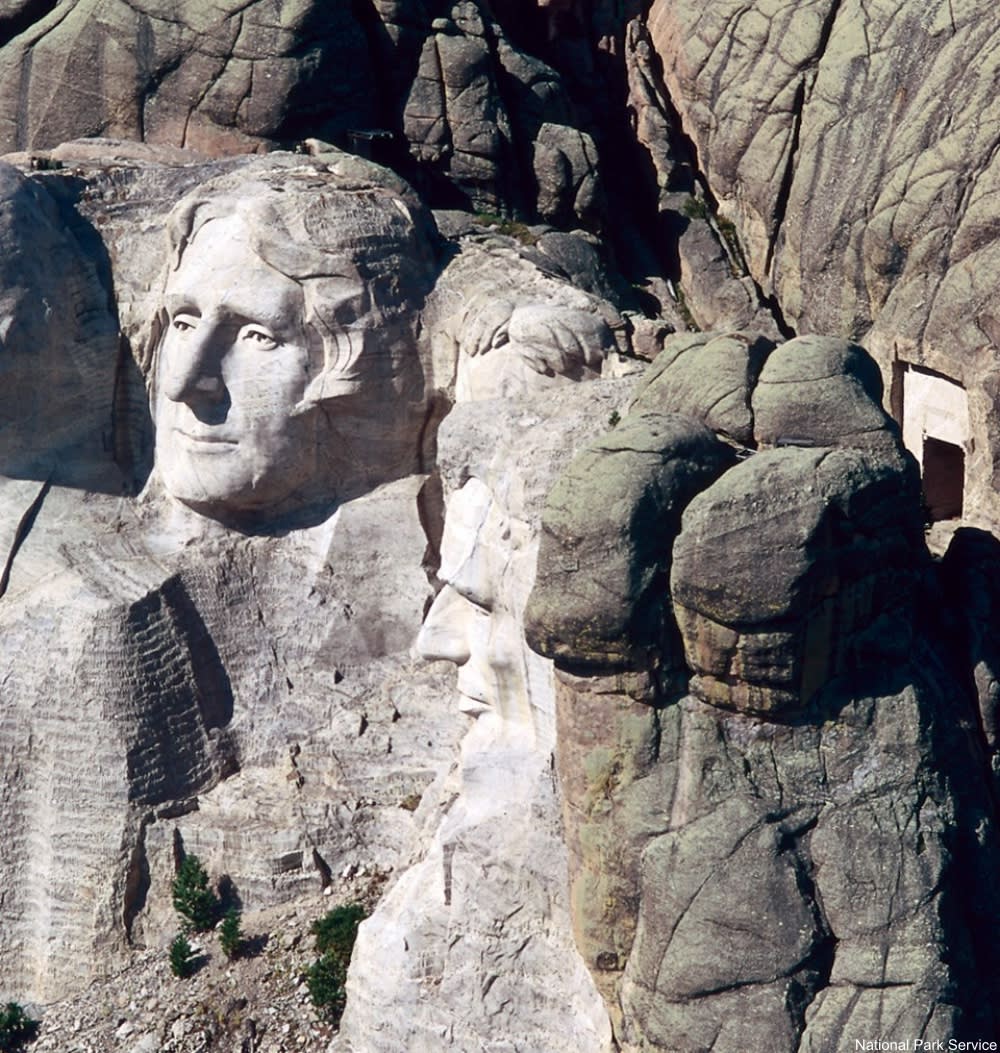 Inside of the Statue of Liberty, her torch holds a secret. Rarely open to the public is the space inside her lamp, which is the highest point inside the the world-famous statue. What’s at the top? The crown is open by private appointment, but the torch has been closed sine 1916 when explosives were detonated on the island causing $100,000 of damage to the iconic 151-foot sculpture.

For those in living memory who say they’ve been inside the torch, actually it’s only the crown which allows visitors inside via a spiral staircase and many visitors mis-remember this detail. 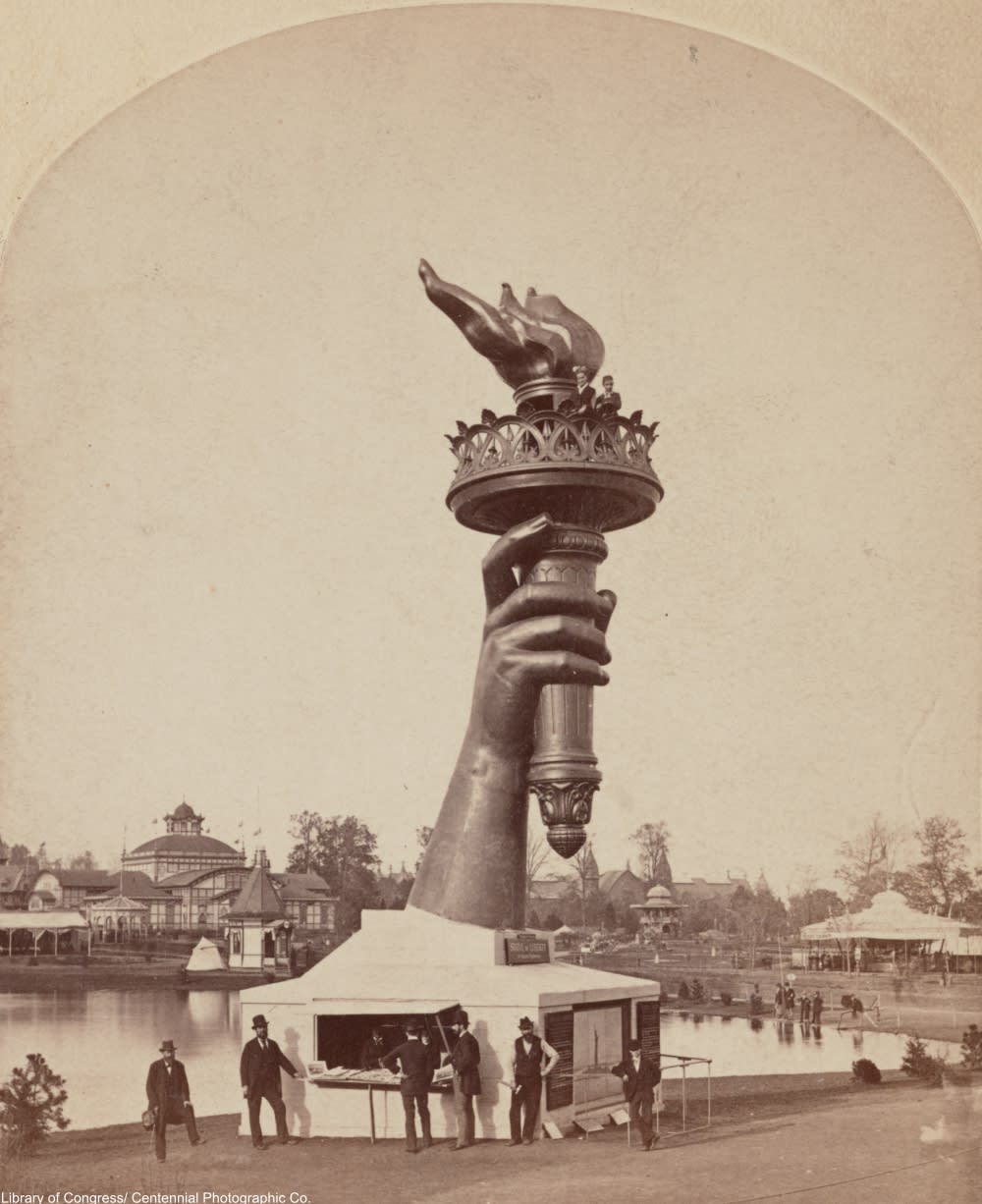 4) Track 61 Underneath the Waldorf Astoria

Underneath the Waldorf Astoria Hotel in New York City lies a secret rail track which once ushered President Franklin D. Roosevelt among many other VIPs. The secret passage helped FDR to conceal from the public just how bad his Polio was. The track hasn’t been in service for 5 decades, but once offered a way for celebrities to circumvent the perils of travel in the city. A secret elevator deposited tunnel-goers directly into the hotel, which had leased the underground space for a 63-year-long lease in the 1920s.

Today, the place is totally shut down, with a train still on the tracks no less, and the MTA does not give tours. However, you can catch a glimpse of this secret tunnel if you look closely to your right as you leave on the MetroNorth Trains. 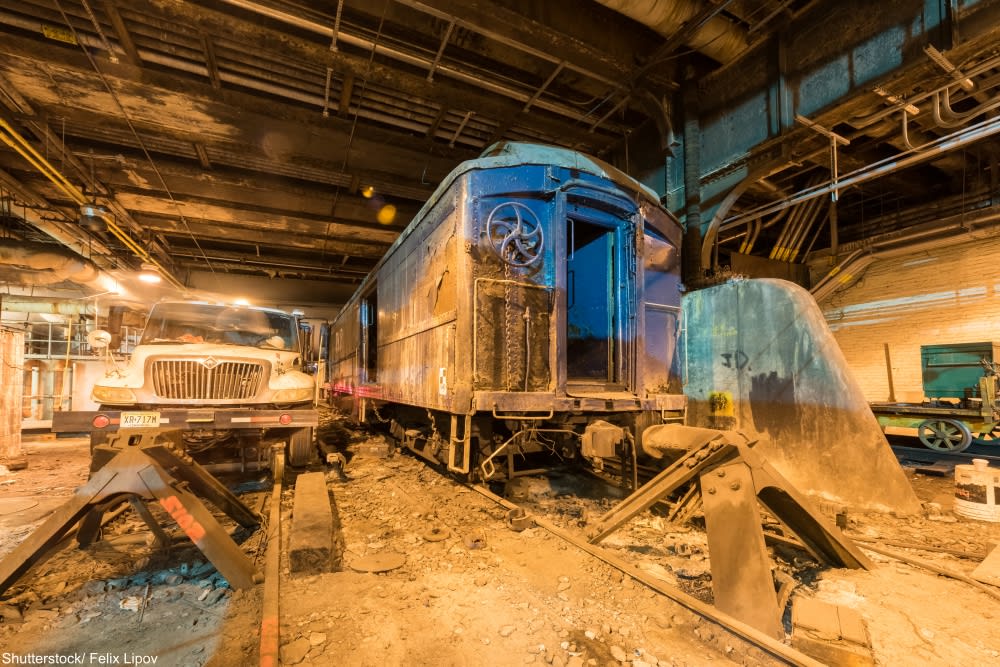 The Lincoln Memorial features a 19-foot-tall depiction of Abraham Lincoln sitting down and has bene the site of millions of visitors and thousands of protestors. But, there is a secret tunnel behind the stone statue that few people ever get to see inside of.

The undercroft, filled with the enormous supports for the weighty stone atop, was once open for tours. The structure was largely forgotten until renovations for the U.S. Bicentennial in the 1970s revealed a lost cavern. The tours to the public stopped when asbestos was discovered.

The massive undercroft is now being prepped for visitors and planned to be finished by 2022 for the centennial of the Memorial, so there’s a chance you can see this interesting space in the future. 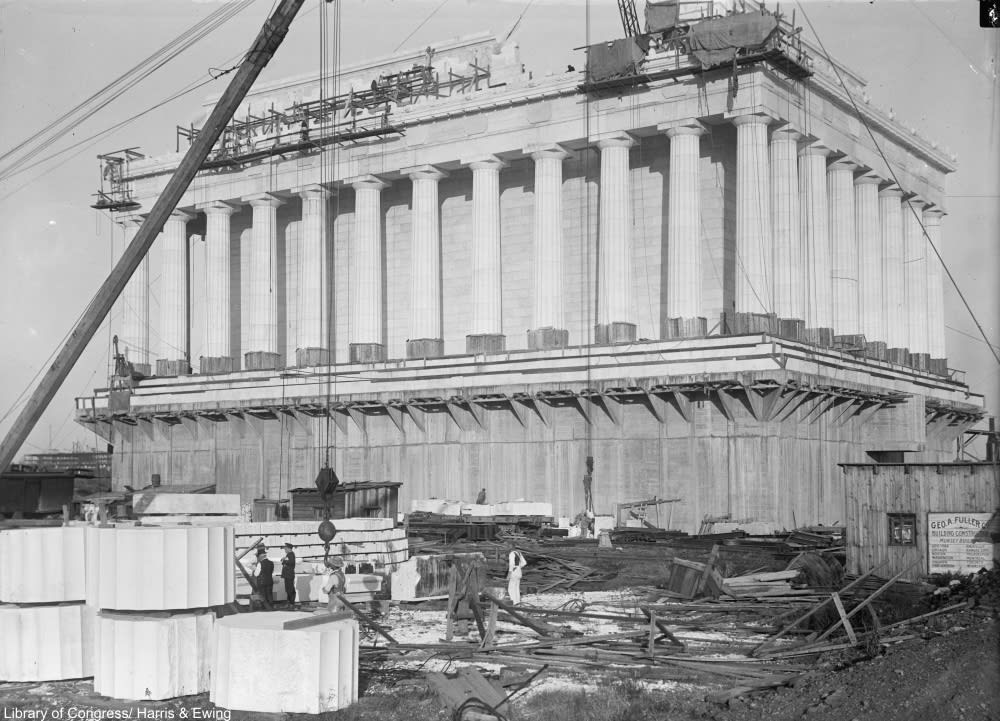 6) The Campbell and Tennis Courts at Grand Central Station

Inside the Grand Central Station in New York City is some of the most luxurious station interiors, with the marble floors, art nouveau lights, and the zodiac painted in gold and green on the ceiling. But, there’s also a lesser-known bar inside the station called The Campbell.

What a lot of visitors don’t know might not know is that there are also many tennis courts! But, don’t think you could just waltz in there. The midtown retreat, called the Vanderbilt Athletic Club, must be booked in advance to play tennis, although many Grand Central Station employees don’t even know it’s there. 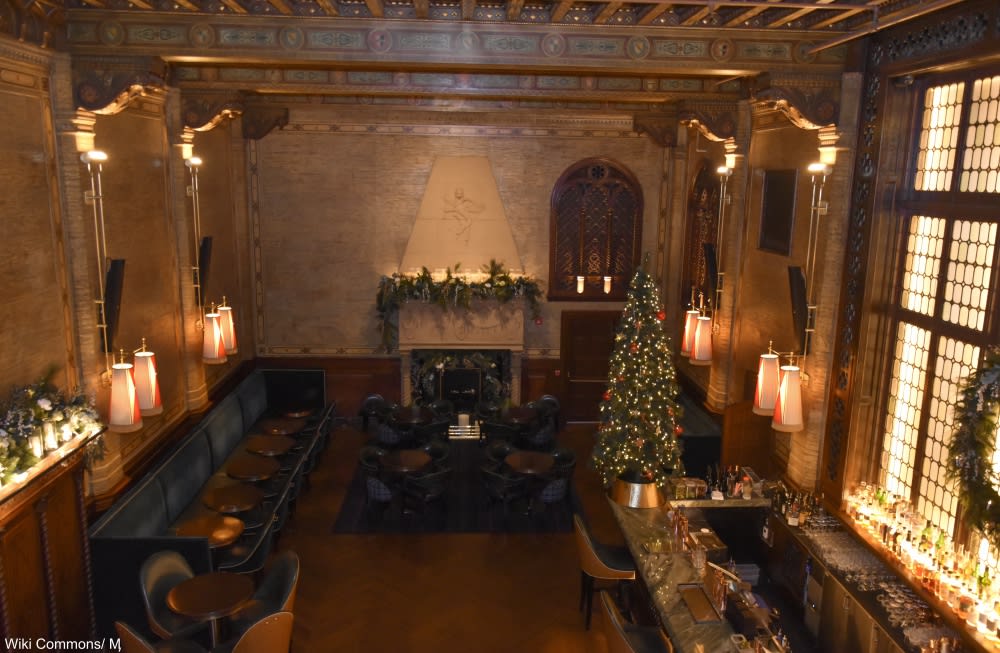 Inside the "Jewel in the Crown" lost NYC subway station: Click “Next Page” below!