Inside the Famed Hearst Castle of California

There are mansions and then there are mansions and the Hearst Castle is most certainly in the latter category. William Randolph Heart became a newspaper magnate, at one time owning 28 popular newspapers and 18 magazines including the Los Angeles Examiner, the Chicago Examiner, the Detroit Times, the Seattle Post-Intelligencer, the Washington Times, the Washington Herald, Cosmopolitan, Good Housekeeping, and Harper’s Bazaar.

Hearst was born to extremely wealthy parents who helped to fund his endeavors, but his empire began to crumble during the Great Depression when weaknesses in his business began to show. However, before he was forced to sell some of valuables and faced a court-ordered reorganization of his giant publishing empire, Hearst lived in true splendor at his many homes, one of which was Hearst Castle. 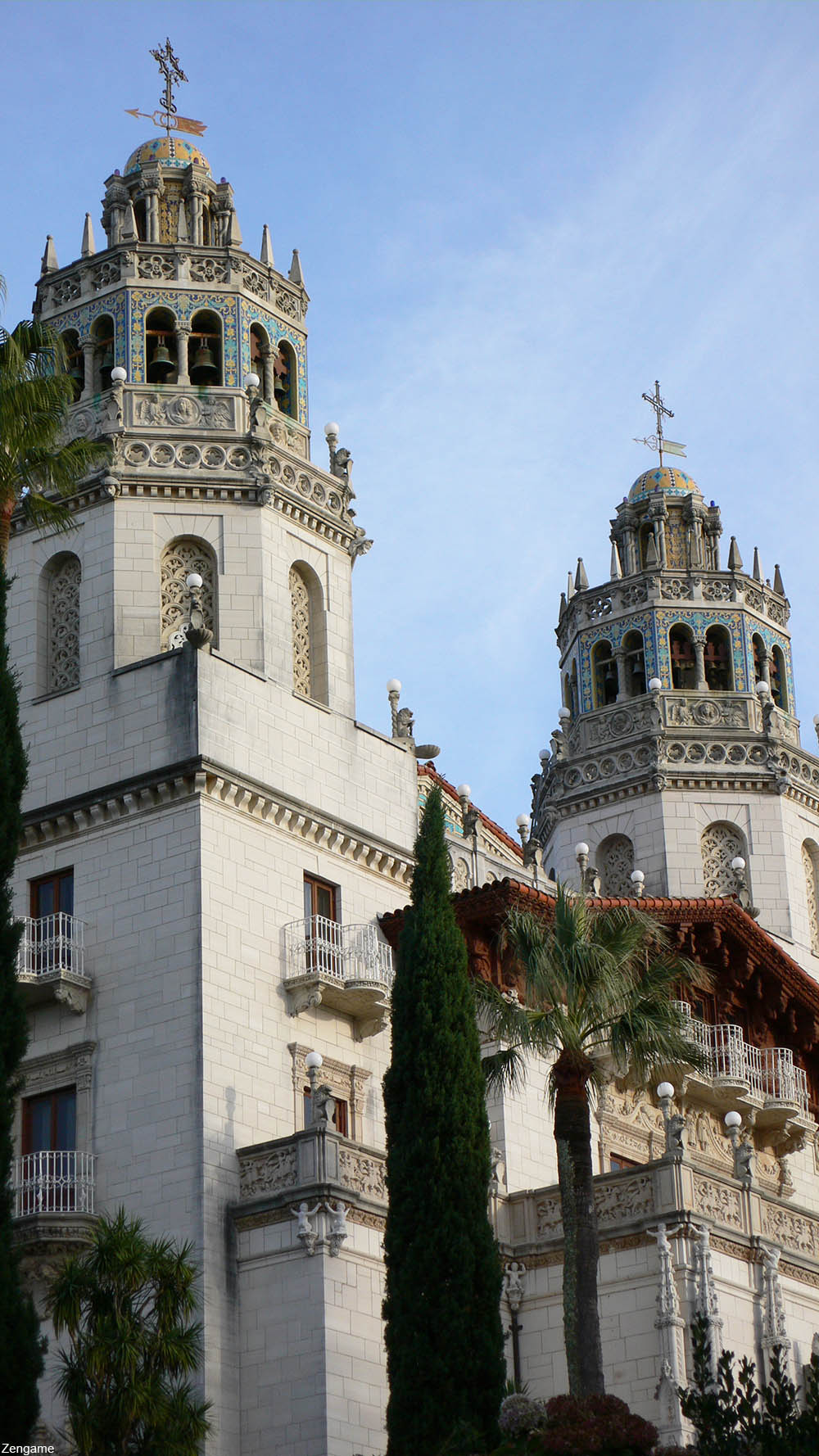 The mansion was designed by Julia Morgan, a female architect who designed more than 700 buildings in her lifetime. Morgan had studied at the prestigious School of Beaux-Arts, a French institution famous for emphasizing the classical and decorative in architecture.

Hearst wanted someplace more comfortable to live and after his mother’s death he commissioned the castle. Work was begun on the mansion in 1919 and continued until 1947, though by some accounts the property was never actually fully complete. In 1947 Hearst moved into the Beverly House and he died in 1951. 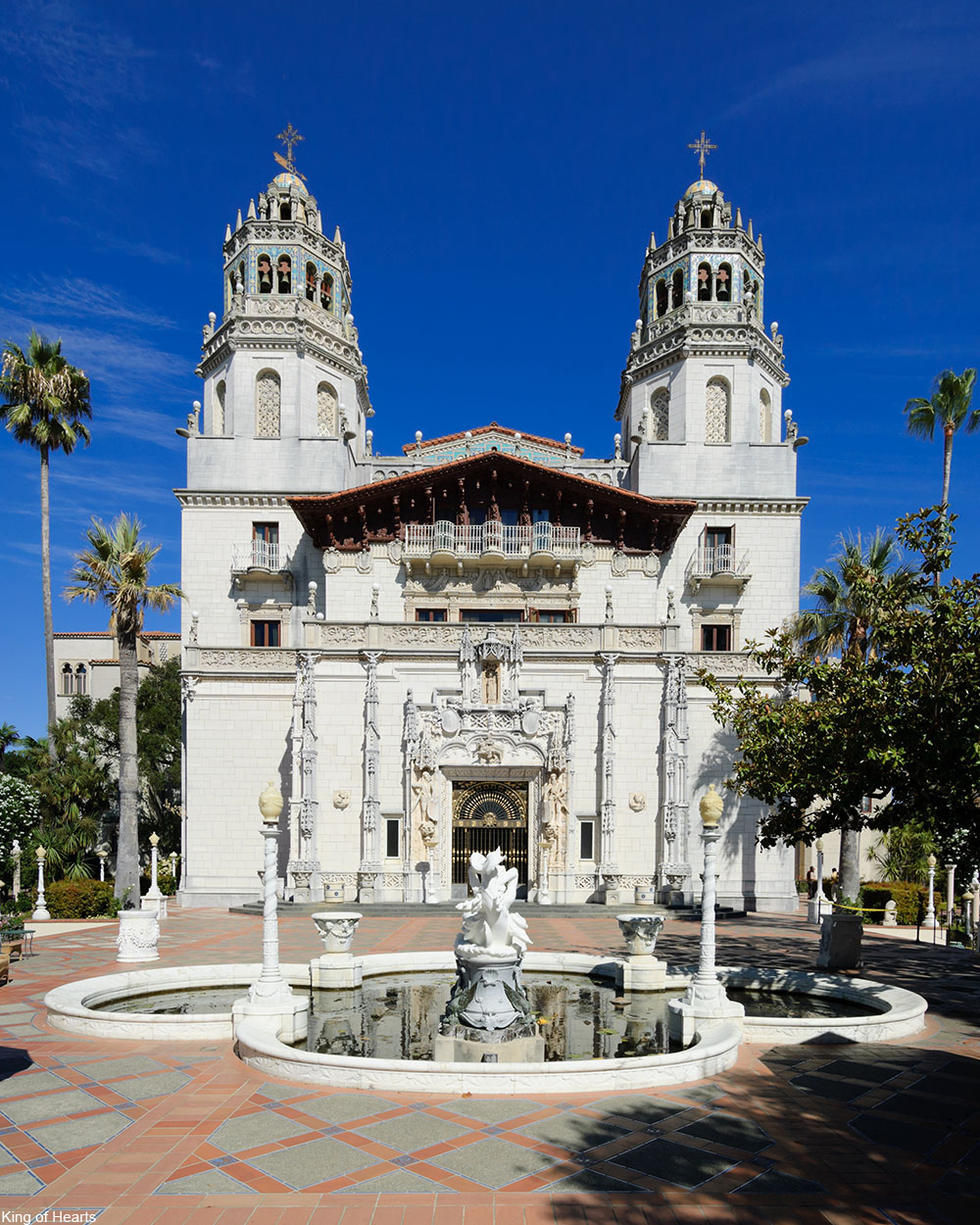 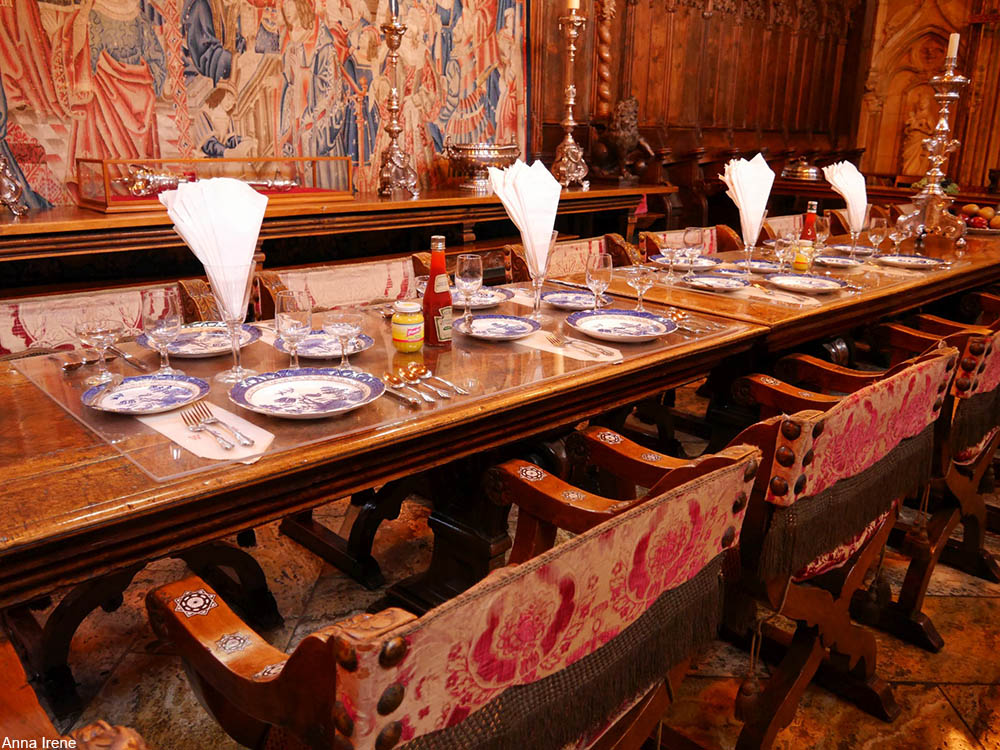 Hearst Castle features a movie theater, several guest houses, an opulent pool fit for a king, 42 bedrooms, 61 bathrooms, and even its own airfield. The house was given to the State of California after Hearts died, although much the surrounding land on the huge estate still belongs to the Hearst family.

The feel of the mansion included influences from around the world. Some views seem inspired by Italian villas while others look like something the Moors would have embraced. Every corner of this splendid palace is designed and decorated to an exacting level of detail, as Hearst worked closely with Morgan to create this Gilded Age masterpiece. 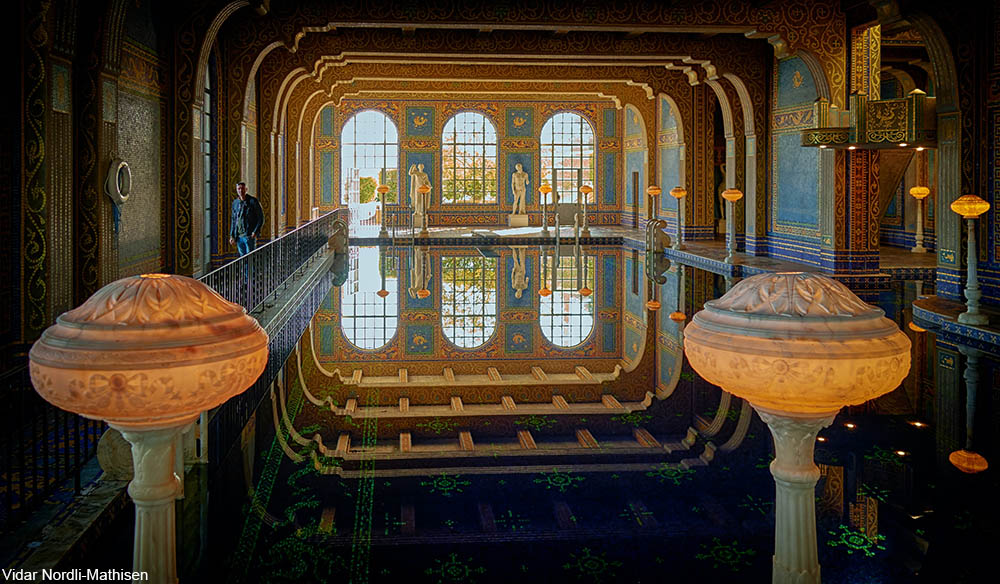 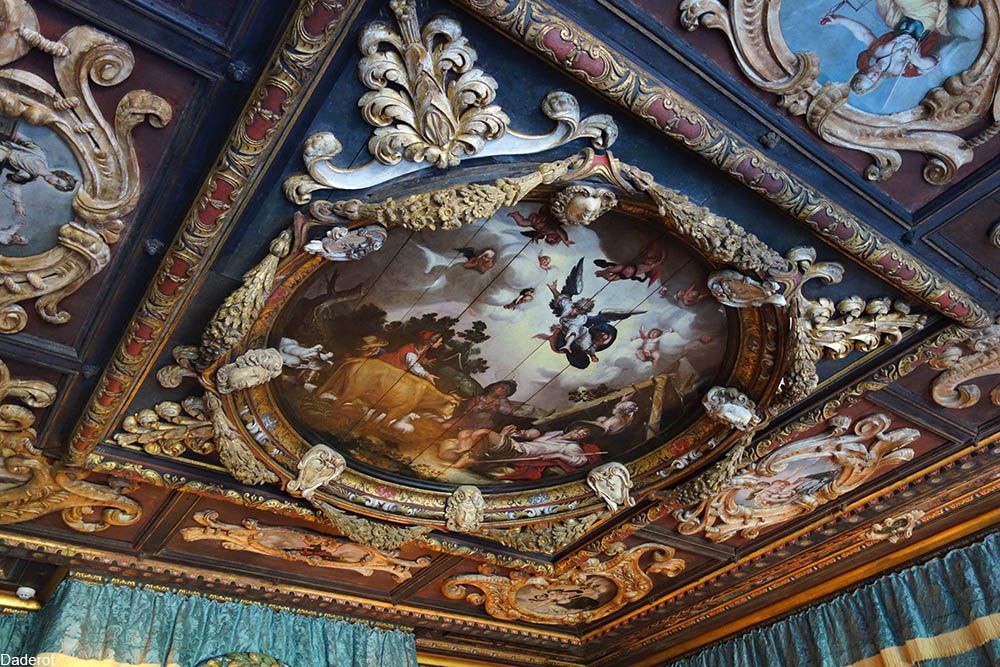 The ceiling of the Doge Suite features ceilings as one might find at Versailles or a similar European palace. Via/ Wiki Commons

Not only was Hearst obsessed with living an outrageously rich lifestyle, he was also taken to collecting art and antiques. In fact, he assembled one of the best collections anywhere in the world, one so mighty that it defied logic.

Orson Welles modeled the main character of Citizen Kane on Hearst, describing the vast material property of Charles Foster Kane as, “A collection of everything, so big that it can never be catalogued or appraised. Enough for ten museums. The loot of the world.” Hearst found this description (and the film) to be an unflattering likeness and he attempted to have the film blocked and subsequently ruined Welles’ career.

Elements of the estate are built near the water’s edge at San Simeon overlooking San Simeon Bay, but the castle itself was built farther inland and was often referred to by the Heart family as “The Ranch”. The estate was also known as “Enchanted Hill”. The castle bears a complicated history as Hearst and his wife (the mother of his 5 boys) separated and Hearst lived openly at Hearst Castle with his mistress, Marion Davies, for nearly 2 decades. 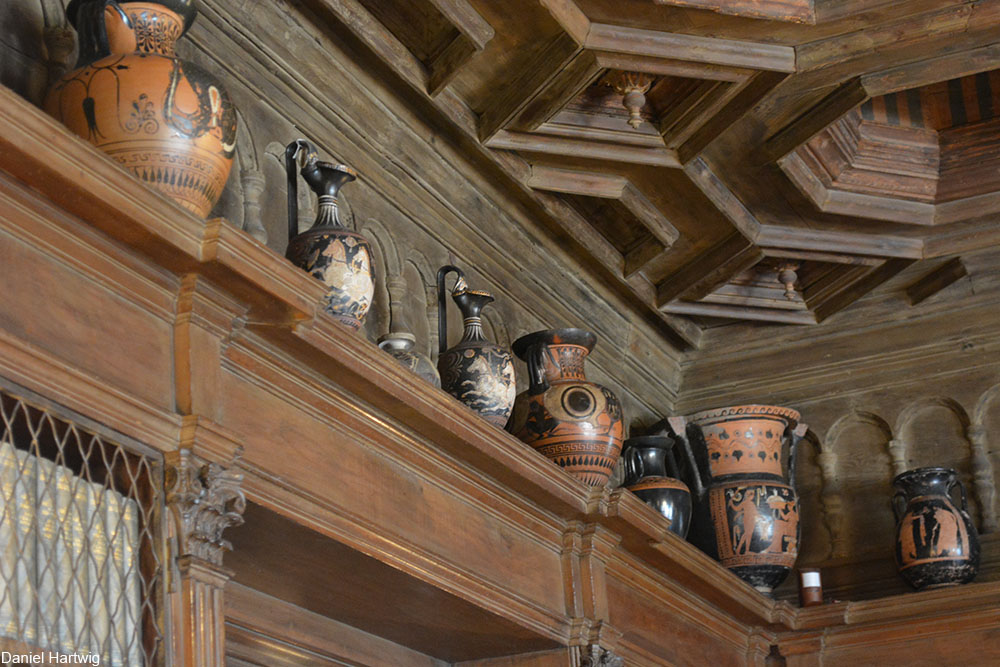 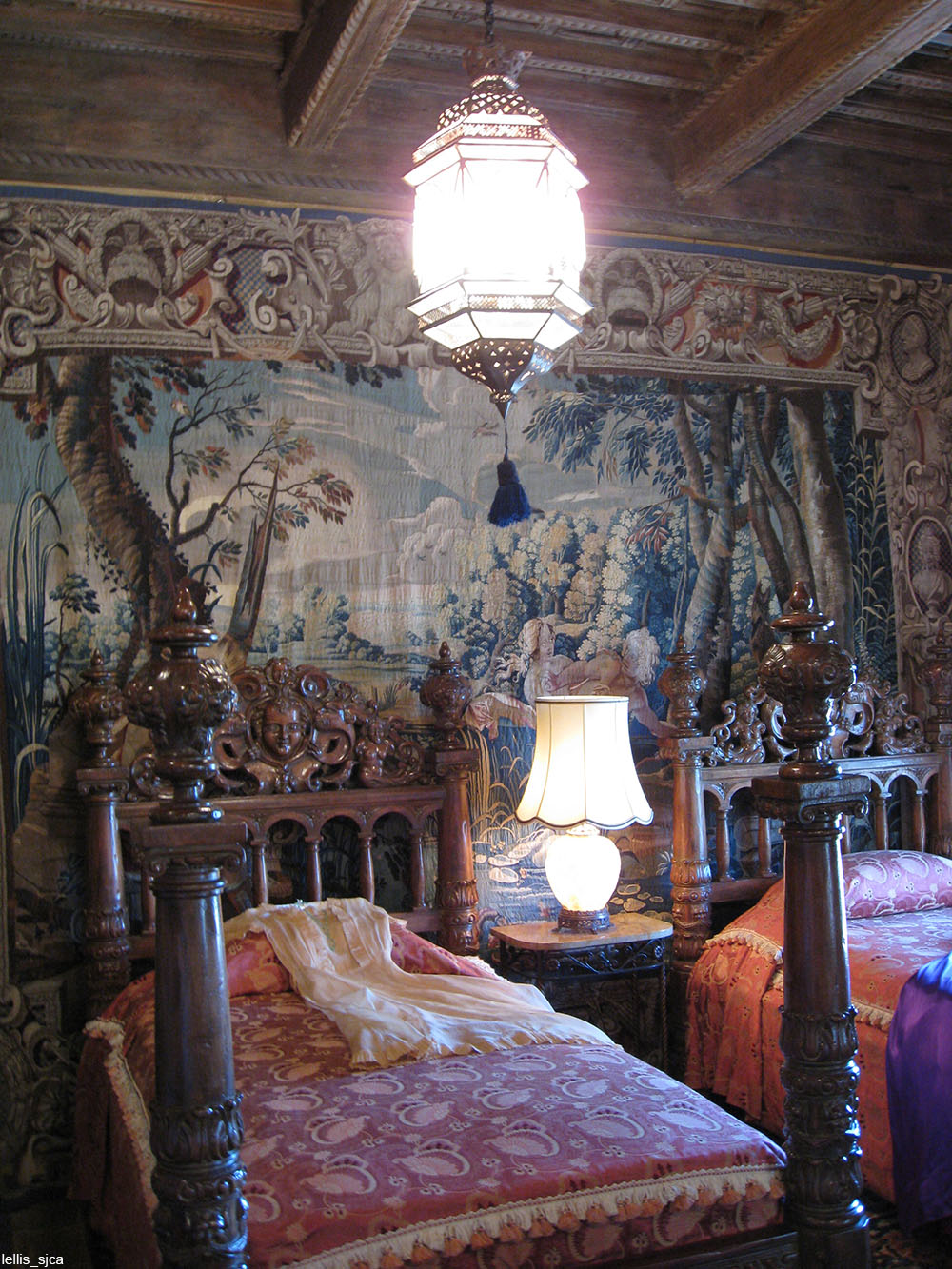 Ornate antiques fill a bedroom at Hearst Castle. Via/ Flickr 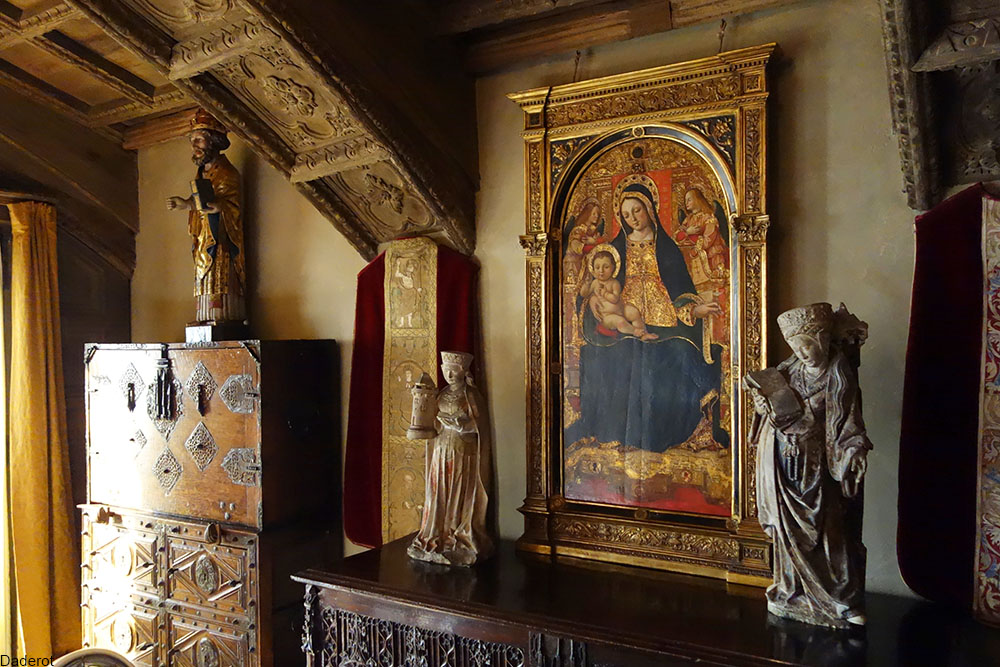 During the time he lived there with Davies, the powerful newspaperman was visited at the lux estate by dignitaries, politicians, and famous celebrities like Winston Churchill, Charlie Chaplin, Jean Harlow, Charles Lindbergh, and Bernard Shaw. Just imagine the parties they must have had there! 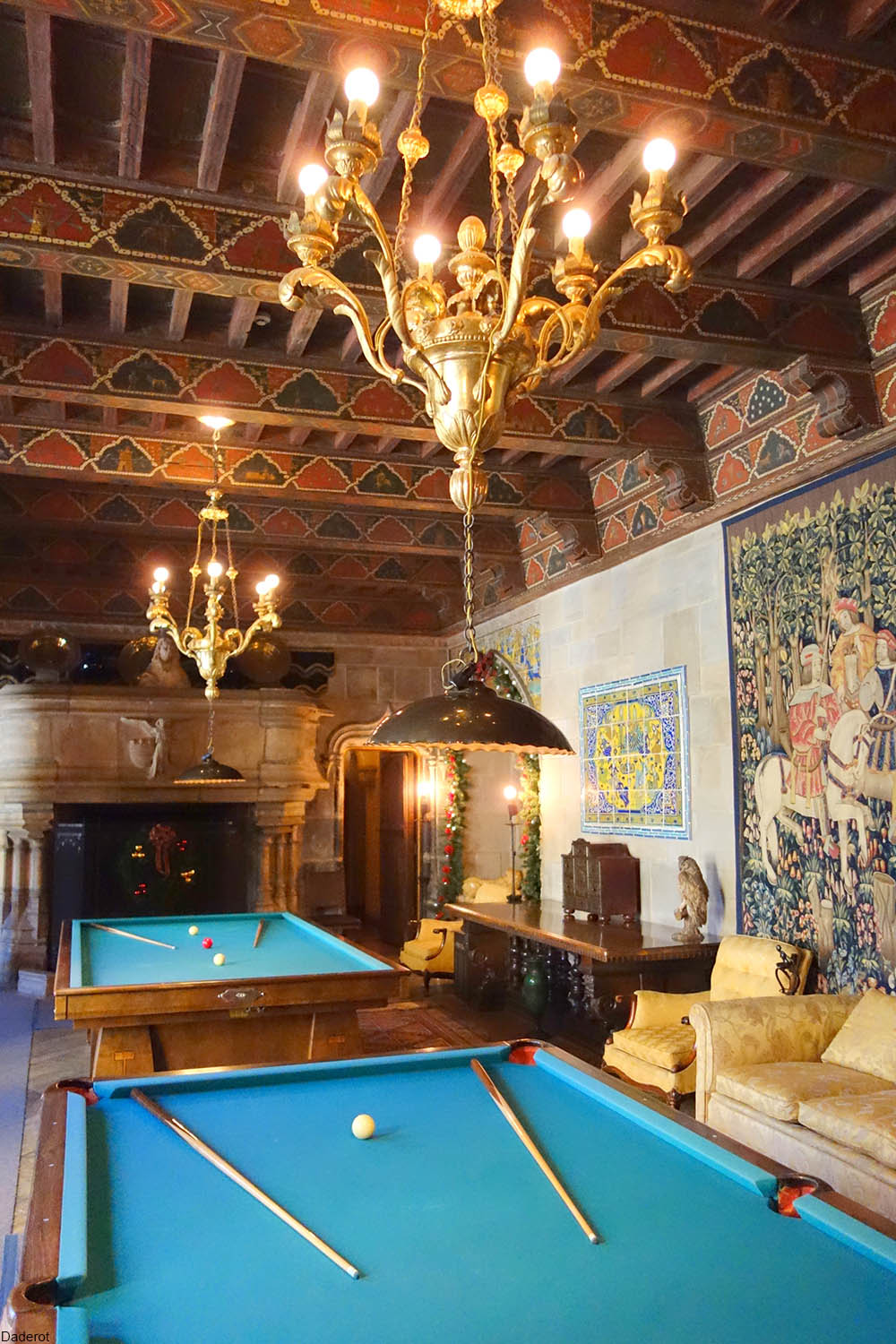 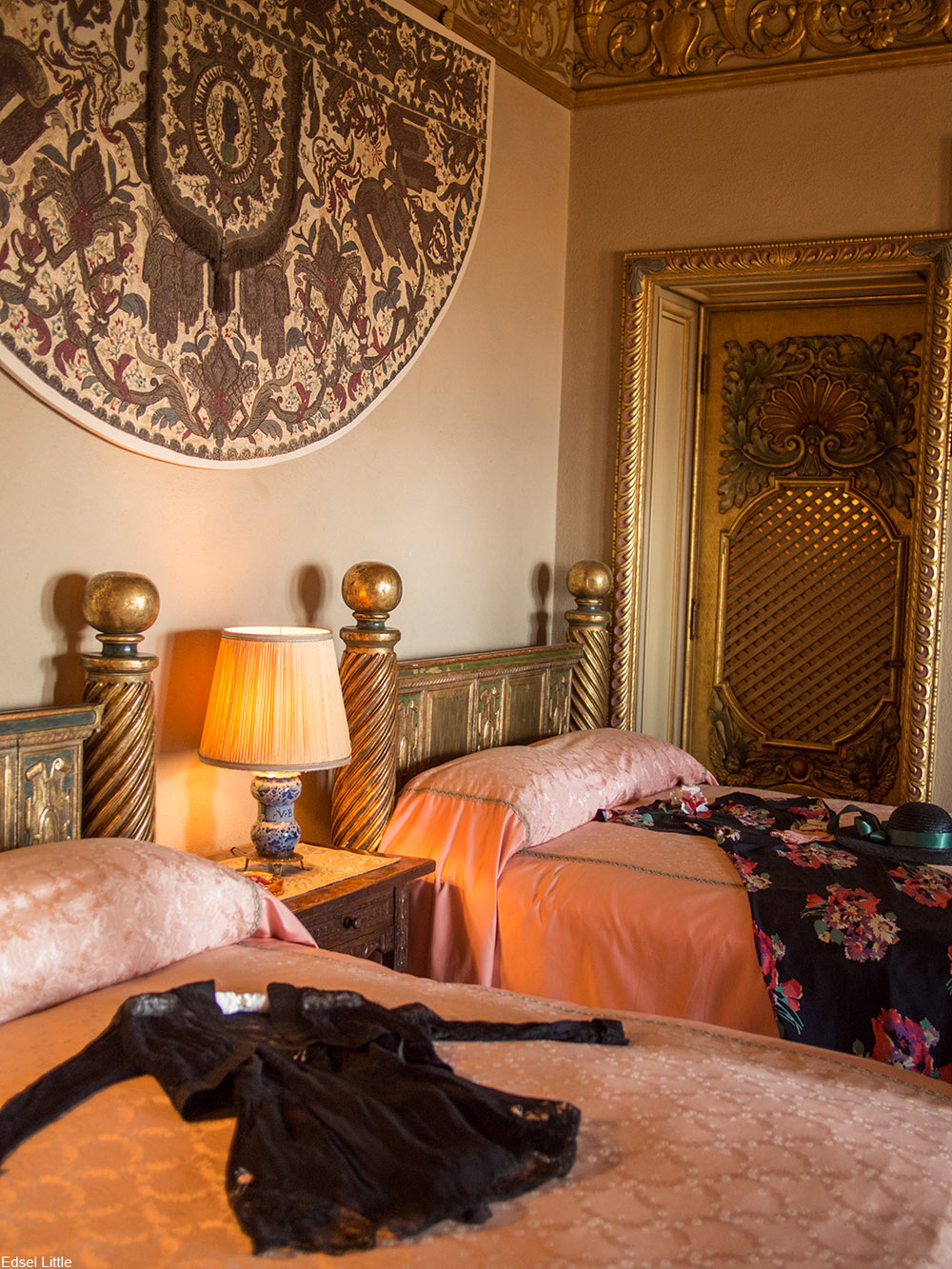 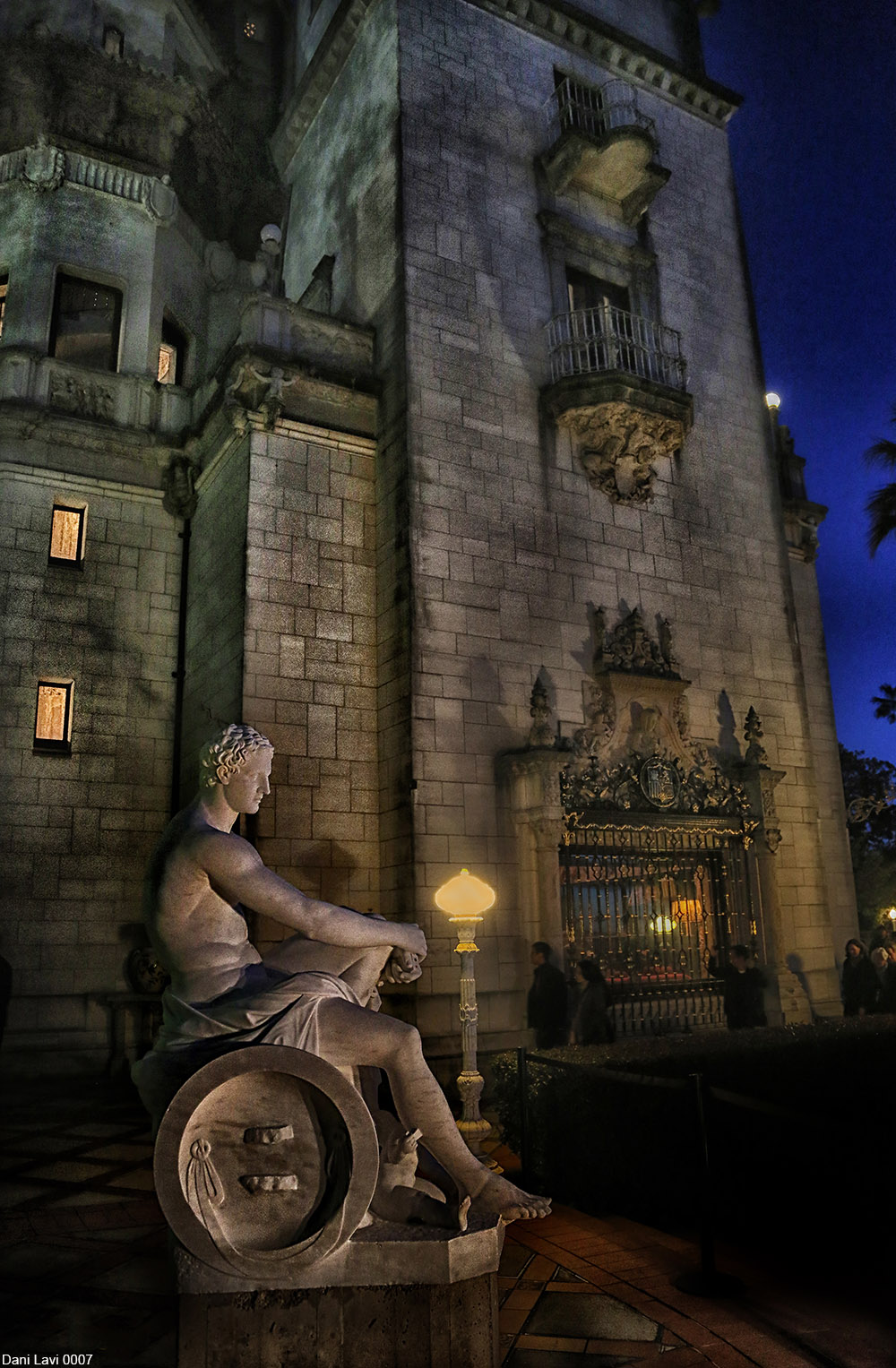