There are many people who love Harry Potter but some people are willing to take that love to the next level. That is true of one man who decided to turn his bedroom into a chamber that looks like it is straight out of Hogwarts.

It’s amazing what he was able to do but when you learn that he did it on a budget, it is absolutely epic.

It happened in Thousand Oaks, California when a barista, Brian Thompson, decided to make the switch in his bedroom. He had recently visited the Wizarding World of Harry Potter at Universal Studios in Orlando and was inspired to make the change. 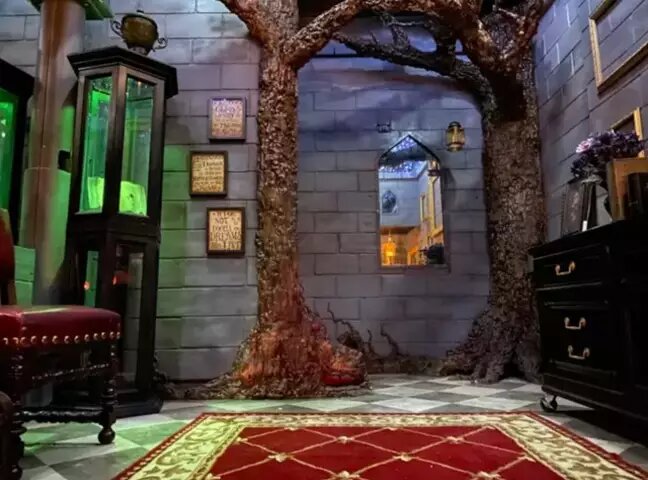 The tour in Orlando shows the interiors from the film and Brian decided he needed something like this in his life. After coming home, he started looking at secondhand furniture stores for the type of furnishings you would find in a wizard’s castle.

He started collecting items and over the next year, the idea began to become a reality.

Speaking to blog Cordially Carrington, Brian said: “All of my furniture is from the Goodwill or other local thrift stores. 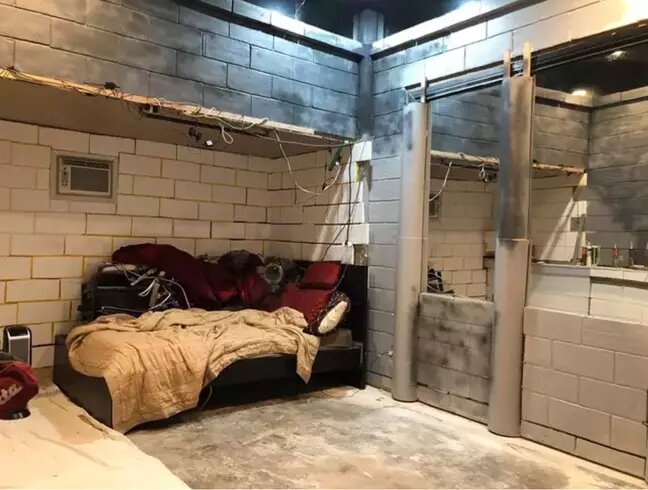 “Everything is covered in a thin layer of caulking so I could protect and paint it all easily. The trees have a chicken wire fence structure that I covered in Great Stuff insulation foam.”

It took some creativity to make the sky so realistic. Fairy lights were used for that purpose.

He continued: “I found the perfect LED string lights on Amazon and ordered about eight strands [each with 100 lights]. I painted the wires black, painted my ceiling black, then used a staple gun to sporadically distribute them throughout the ‘sky’.” 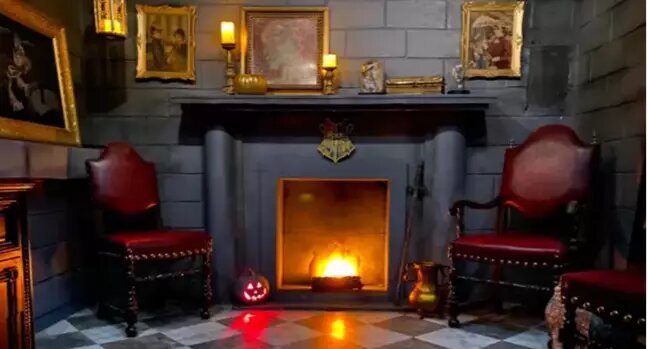 Different shades of spray paint were then used to create the clouds.

“The perimeter of the top of the walls are lined with door mirrors from Home Depot, $5 (£3.90) each, to give the sky a bit of an ‘infinity’ effect that reaches beyond the castle walls,” he added.

Harry Potter fans everywhere are impressed with what Thompson was able to do. It looks like he is more than a fan, he really puts himself into his work.