Halloween is very nearly upon us. That means if you go onto any social media platform you will be sure to be inundated with pictures of costumes, decorations, haunted hayrides, pumpkin spice lattes, and basically everything else that is associated with this wonderful time of year. 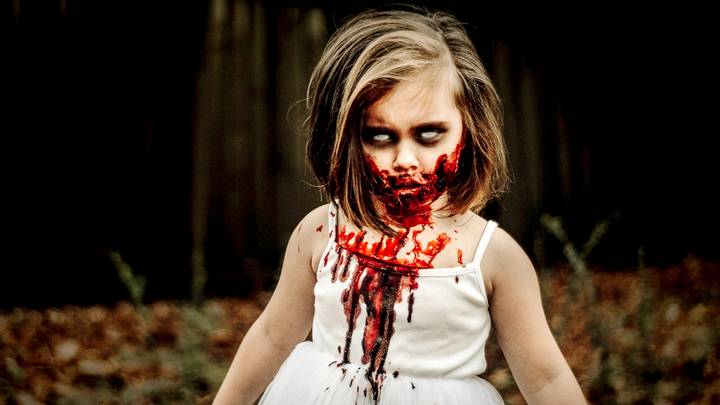 One 25-year-old mom is being targeted with some pretty heavy abuse following some pictures she posted on social media of her kids dressed up for Halloween.

Carlee Thomas has two kids: 4-year-old October and 1-year-old Coraline. This year, ahead of Halloween, she turned them into “Zombie Kids” for a photo shoot. And after posting the pictures on the internet, she is getting heavily trolled for it.

Alabama-based Carlee said, “I had people tell me I should kill myself, that they hoped I’d die in my sleep, that I’m a bad mother and should have my kids taken away from me. People were so angry about it. I don’t know why people can’t just scroll on.” 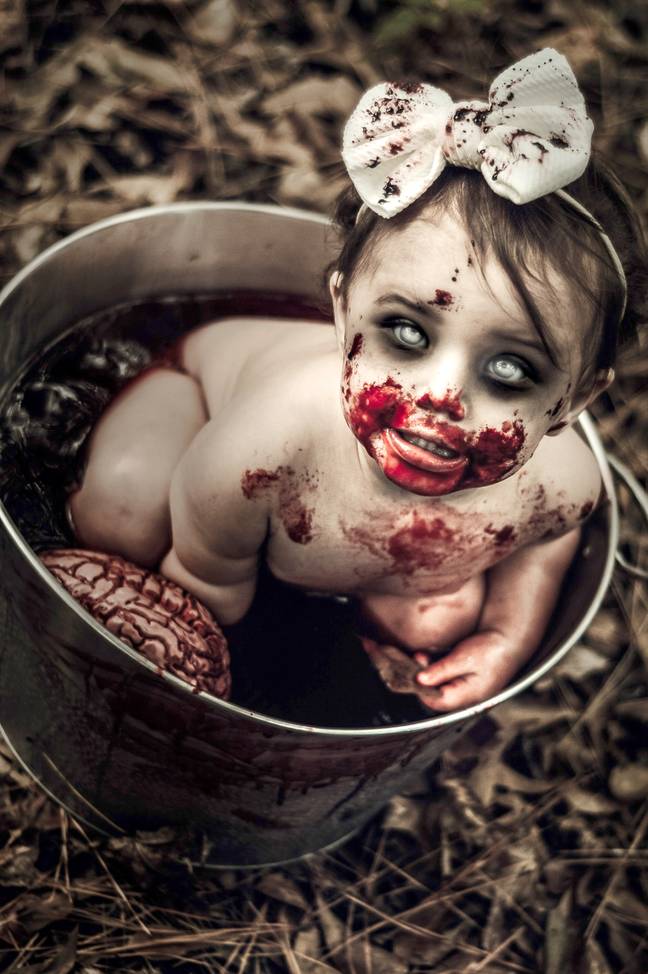 Wow. That is just way too much. I myself am not a fan of the costumes, only because I don’t like gore, but this type of response from people is truly shocking.

Carlee added, “The hate messages started rolling in, I got a minimum of 200 angry and hateful messages.”

While it’s very disturbing how people are responding to the mother and her kids’ costumes, these days on the internet, it seems like it’s normal behavior to belittle people so badly.

Carlee, who works as a photographer by trade, has been hitting back at all the trolls who are spewing hate – stating that she and her children are just enjoying some holiday spirit. 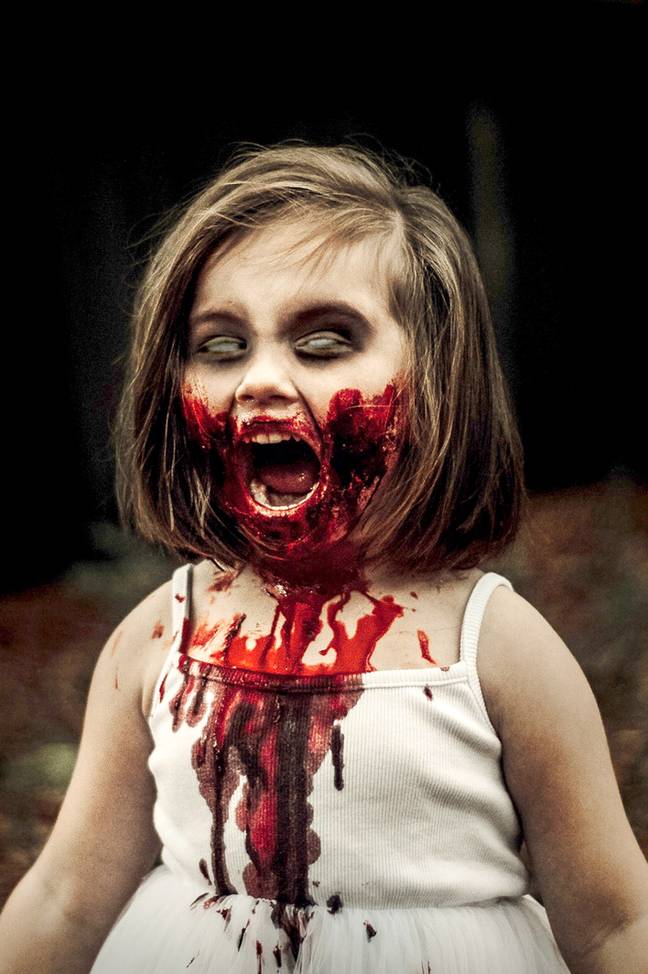 “I knew that posting them online was a bit risky, as it’s not everyone’s cup of tea but I never thought people would be that angry about them. We do horror shoots throughout the year, but I don’t normally post them,” the mom explained.

She also gave a little more insight into the photo process, saying, “The actual blood part, is strawberry Jello, water and chocolate syrup. It tastes like chocolate-covered cherries, so both the girls love it. The blood on their faces is a mix of strawberry syrup, chocolate syrup, and some thickening agents so that it looks more realistic. The brain is plastic, and I painted it to make it look more real. Most of the horror effect is from editing. If you saw the photos straight from the camera, Coraline just looks like a happy baby in a tub.”

While the results are definitely terrifying to look at, you do have to commend her creativity. 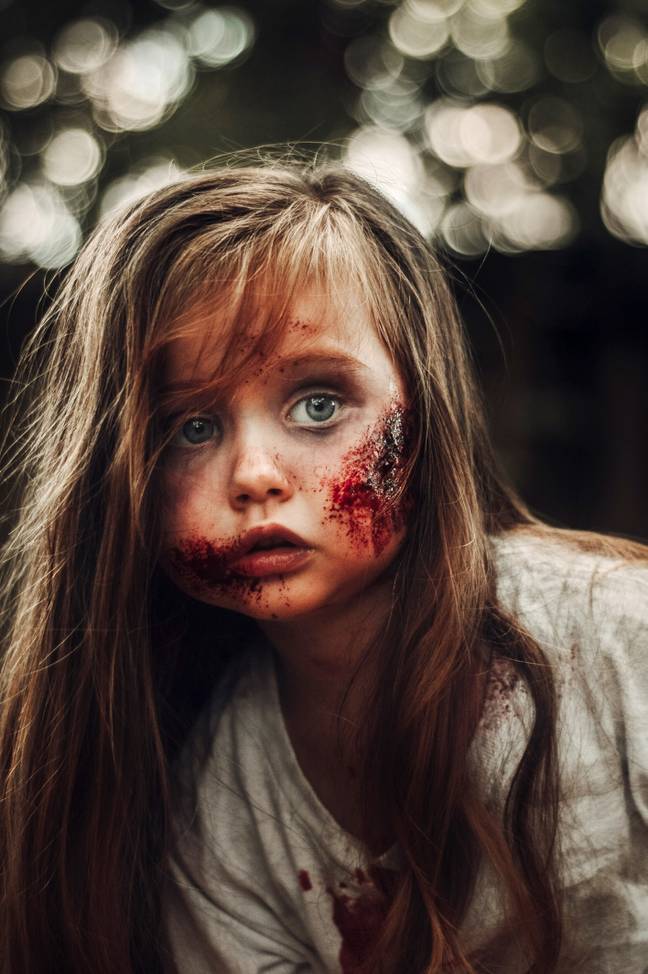 Carlee has said that her husband Benjamin loves the way the pictures turned out and is very proud of his wife and daughters.

Thankfully, it hasn’t all been negative feedback on the internet. There are others out there who have enjoyed what Carlee put together.

“I got loads of positive feedback. For every mean message I’ve got, there are about 15 others from lovely people who tell me how much they love it and how creative it is. I’m not going to take the photos down. I don’t let their negativity bother me, and I wish those people all the best. They might need to find a hobby or something instead of taking time out of their day to send hateful messages on the internet,” Carlee added. 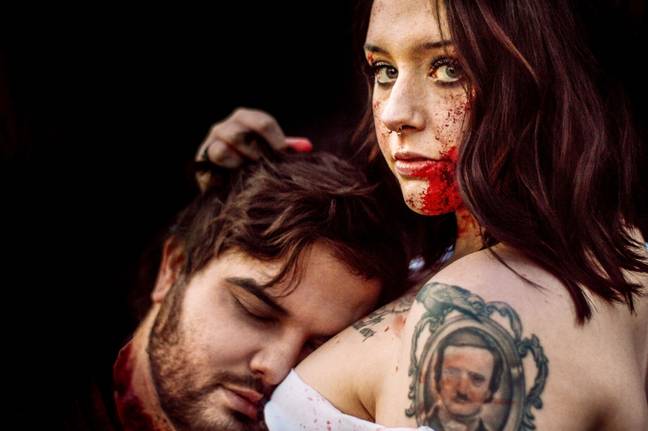 Unfortunately, whatever you do these days online, there will always be someone waiting to troll you just for the heck of it. That is why if you’re a creative person, just keep going and pay them no mind.

Carlee finished off by saying, “It was all a bit of fun and no one was harmed. I do it because it makes me happy and my girls enjoy it. I’m not going to stop. I’m never going to be able to please everyone. I’m sorry if some people don’t like it, but we do. And that’s the important thing really. October loves everything horror, and she wants to be a ‘scream queen’ scary movie actress. Her photos were all her idea and she really loved how they turned out.”

And that is how you don’t let the haters bring you down.