Discover The Most Popular Halloween Candy In Your State

If there is one thing we know about children, it’s the fact that they love candy. It’s little wonder that they enjoy trick-or-treating so much because they get to have a nice little stash of sweets at home. If you are trying to keep the kids in your area happy, there is probably one burning question in your mind. What is the most popular type of Halloween candy in your area?

CandyStore.com has stepped up to the plate to let people know about the different sweet treats from across the nation. They’ve looked back over 12 years of sales data and have broken down the most popular selling candy in each state.

When it comes to Halloween candy, there are not going to be all that many regional trends. What you will like knowing is that skittles are at the top of the list in 7 different states, including Florida, Minnesota, Hawaii, and California. 5 states also seemed to love Reese’s Peanut Butter Cups more than other candy, including North Carolina and Kansas. 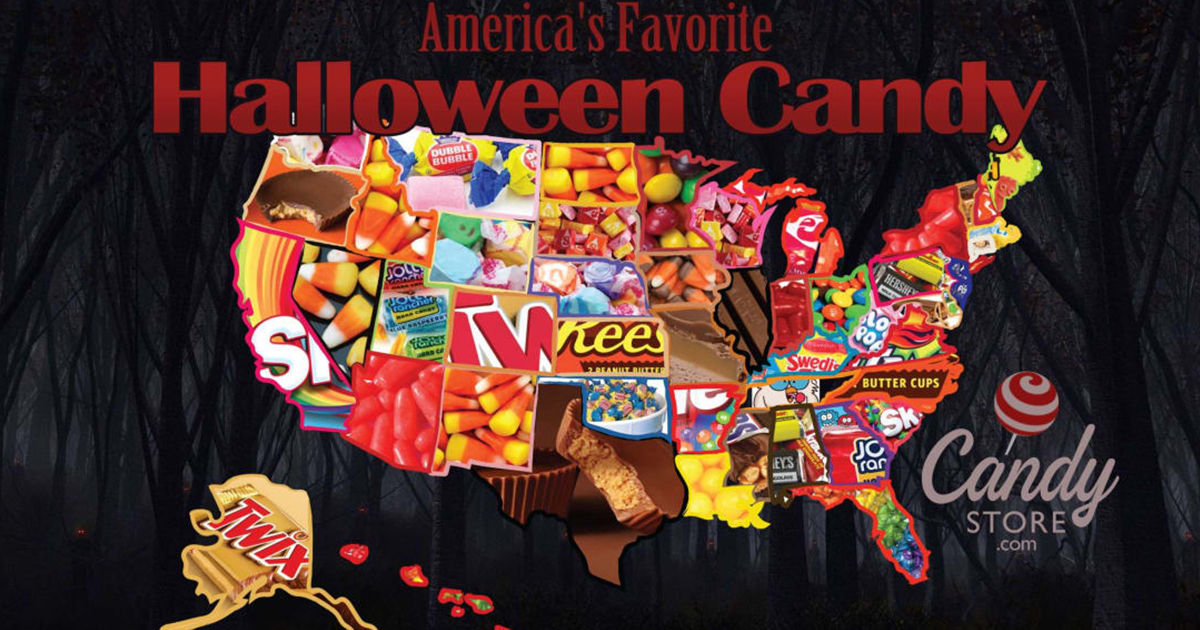 Surprisingly, some of the better-known types of candy didn’t do as well as expected. For example, Snickers, Milky Way, Butterfinger, Kit Kat, and Hershey’s Mini Bars were only at the top of the list for either one or two states and Three Musketeers didn’t even show up on the list.

Perhaps the most shocking statistic on the list came from New York, Indiana, Arizona, and Virginia. Those four states seem to love Cinnamon-y Hot Tamales! Another surprise was saltwater taffy, which was most popular in Washington, Wyoming, and Nebraska.

In order to compile more information, CandyStore.com surveyed 30,000 customers and looked at rankings from Business Insider, Bon Appétit, and other periodicals. When they looked at the information, however, they found out that the opinions of people didn’t necessarily match what they were willing to buy. As an example, Nerds were number six on the list but they didn’t make it onto the map of Halloween candy.

When it comes to epic Halloween candies, you probably think about the sugary blend of corn syrup and other nasty ingredients, known as candy corn. You see it at any Halloween gathering, but it also received a rating as the worst Halloween candy. That didn’t stop Iowa, Idaho, North Dakota, New Mexico, and Nevada from purchasing it more than any other candy, showing some defiance for personal opinions.

CHECK OUT THE INTERATIVE MAP HERE.