This story originally appeared at Shareably by Cedric Jackson. 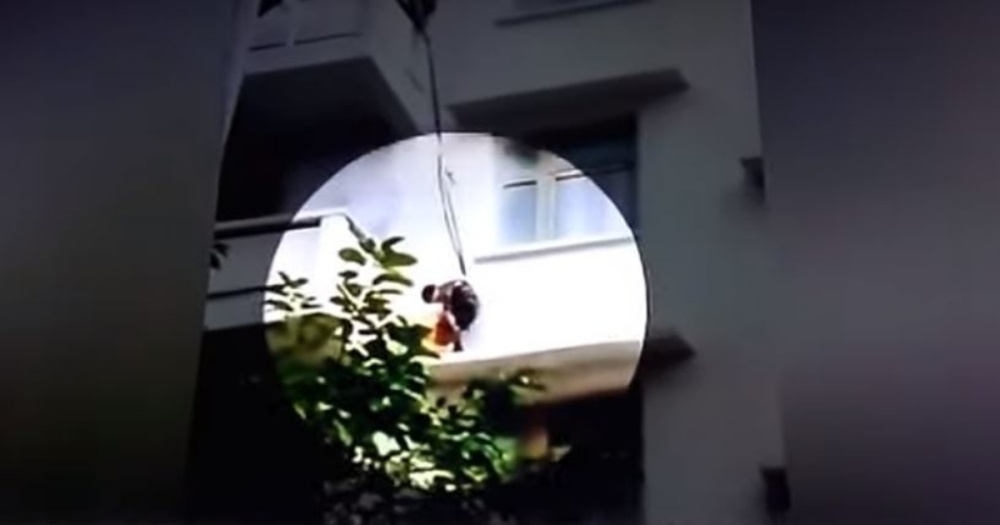 A lot of grandmas love their grandkids and their pets. Their number one goal is to keep both of them safe. That means paying close attention to everything they do, especially when it involves a 7-year-old and a cat. In that case, there’s a good chance one of them will find themselves in a pickle.

One grandma in China faced a dilemma that left passersby in total disbelief. Somehow, her pet kitty ended up on a ledge outside of her apartment. As hard as she tried, she just couldn’t reach it. Of course, she didn’t want to risk her life but at the same time, she desperately wanted to get her pet back inside safely. So, she came up with a solution…well, if you can call it that.

Okay, are you ready for this?

In videos captured from people below, you can see she decided to dangle her 7-year-old grandson from the balcony. Hao Hao, the grandson’s name, was tied to a rope. The grandma then held him five stories above the street so he could fetch her cat. Unbelievable, right? 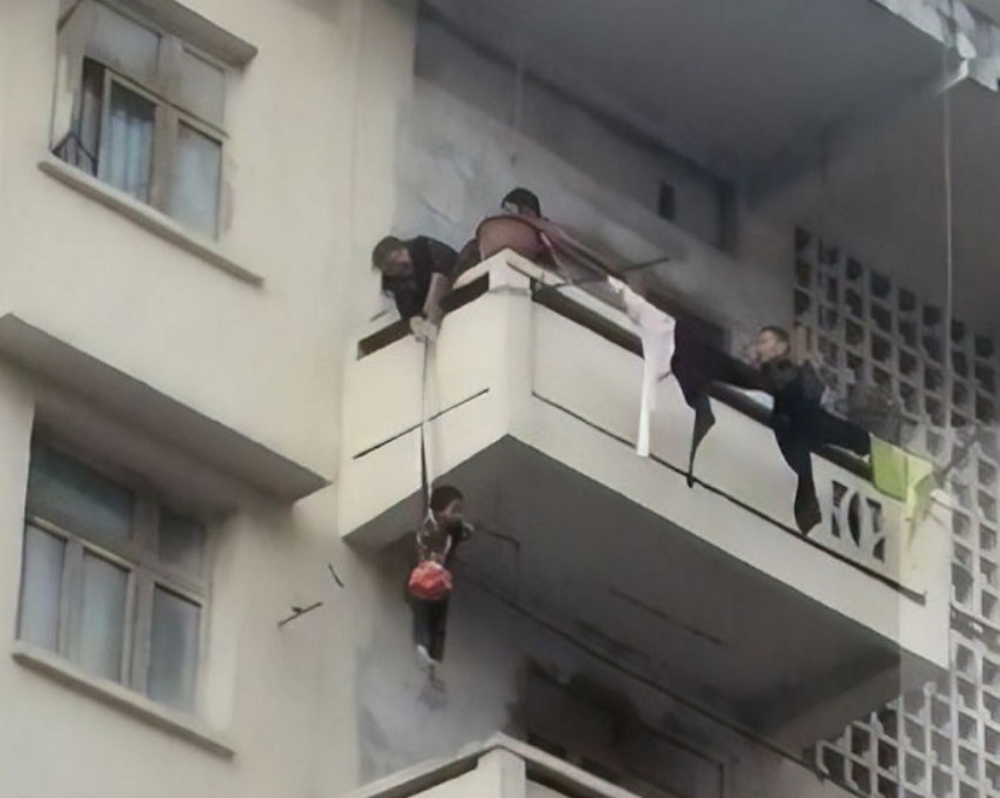 What in the heck was she thinking?

Tang, the surname of this grandma, didn’t seem to have a care in the world. She was so hyper-focused on retrieving her stranded cat that the safety of her young grandson didn’t matter. This could’ve become disastrous in a matter of seconds…but thank goodness it didn’t. 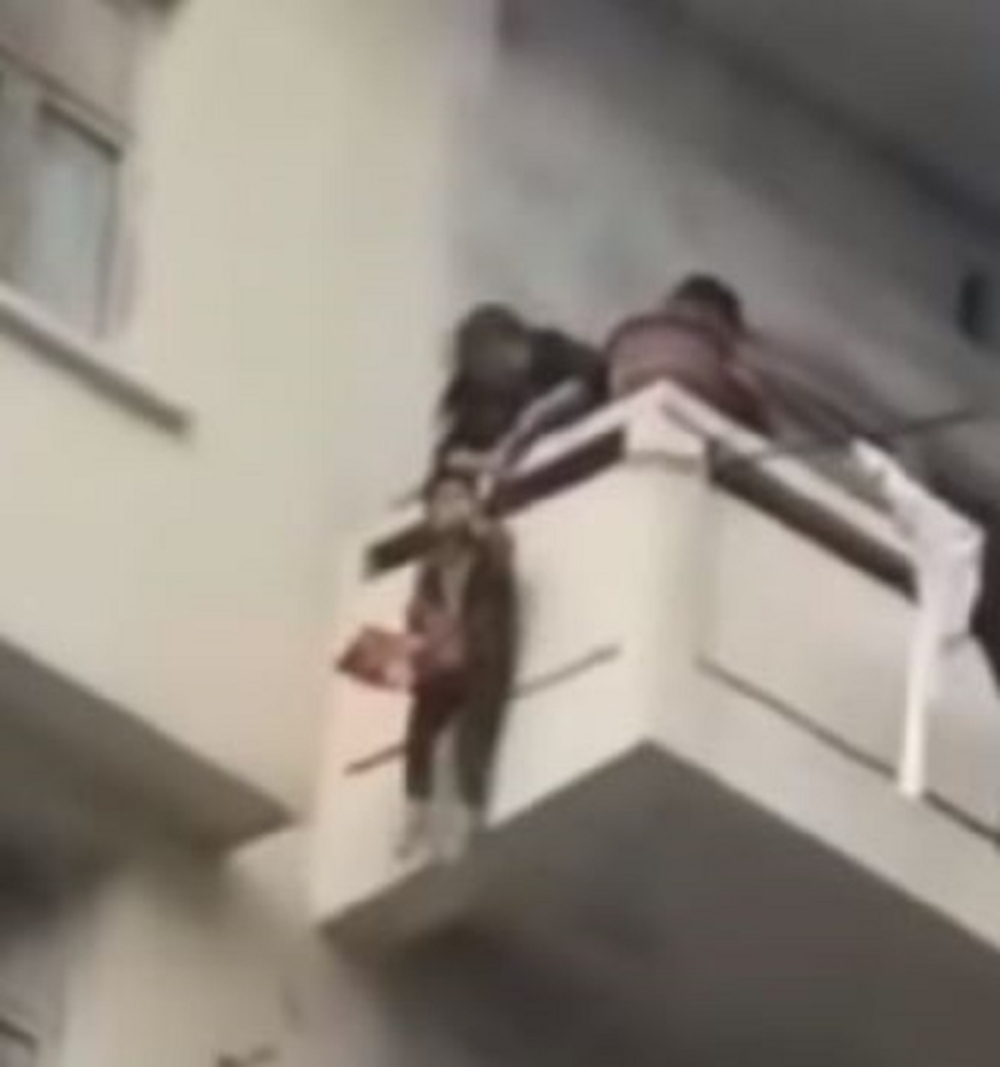 She was criticized by people around the world.

As she continued dangling her grandson from her balcony to the one located below, people keep filming. Most of them were holding their breath, certain that something horrible was about to happen. We’re not quite sure how, but fortunately, her grandson wasn’t injured during the ordeal. And, he was able to rescue the cat. 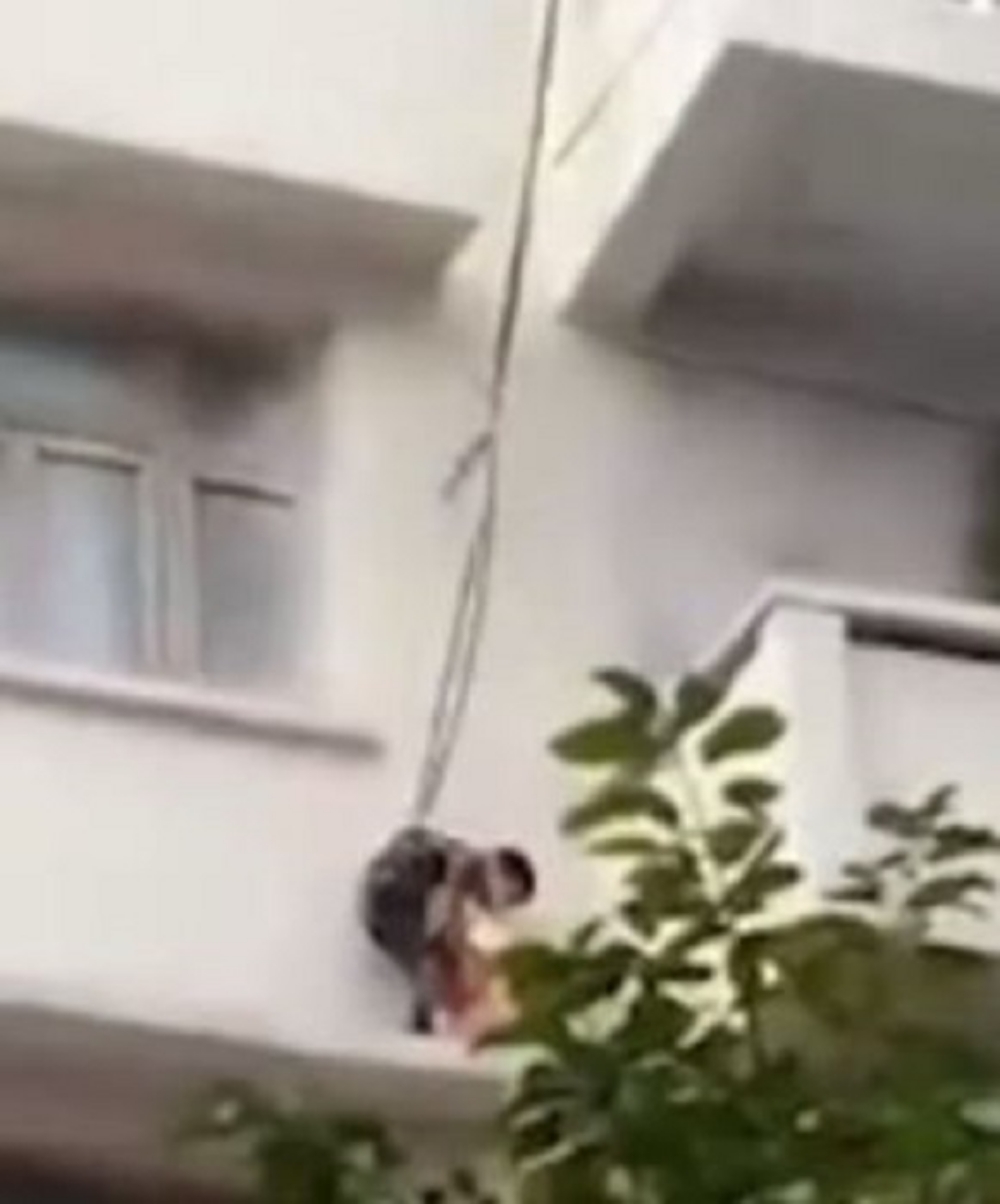 Once the frightening situation was over, those who’d videotaped it immediately uploaded it on various social media sites. Within no time, the world went ballistic. How could a loving grandmother think for a second that any part of this plan was okay? People everywhere were astonished at her stupidity…to put it nicely. 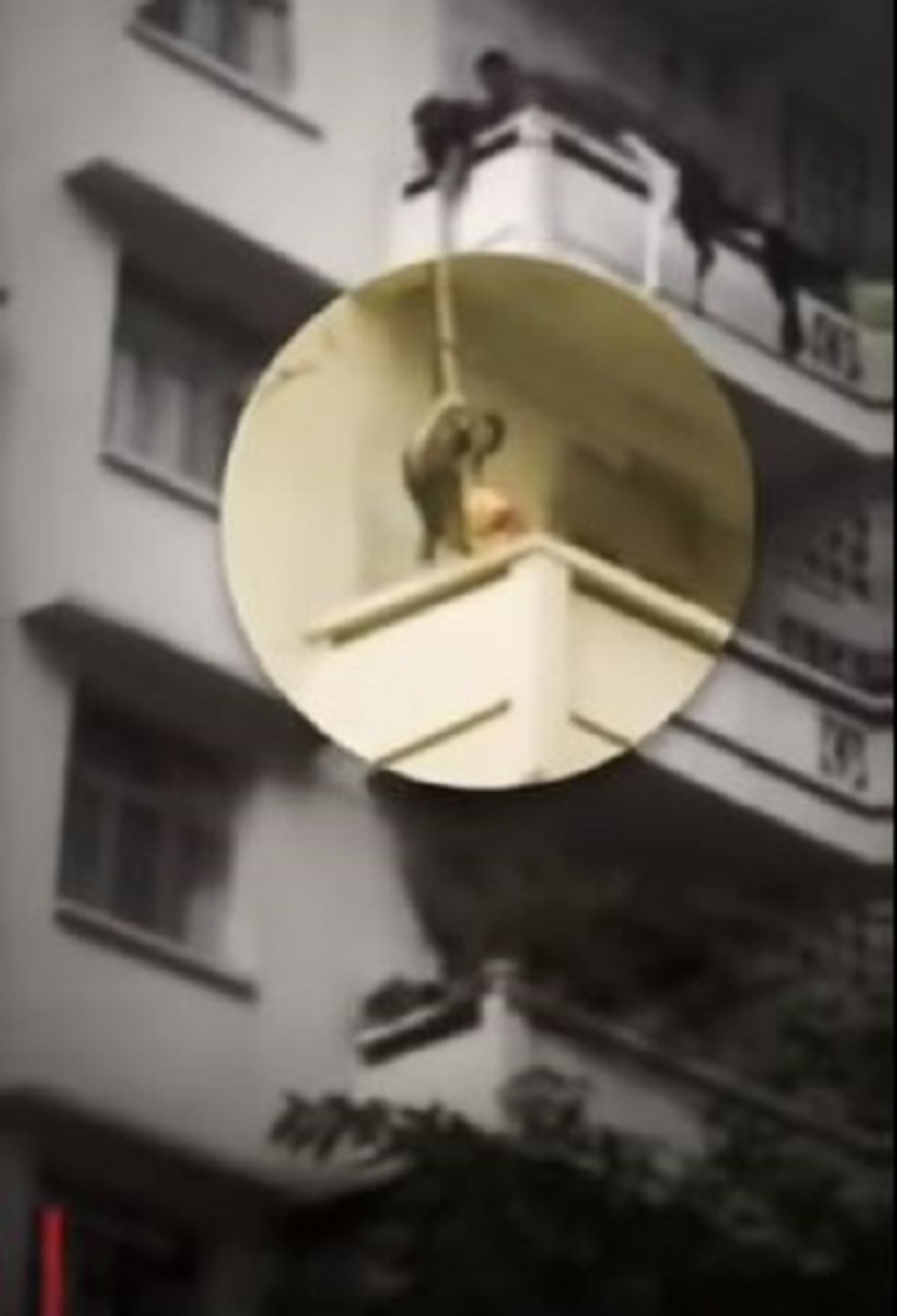 The comments kept pouring in.

One poster commented,” When your grandma loves her cat more than you.” Another said, “Family members are trapeze artists. All in a day’s work.” But one person summed it up well by posting, “Grandma of the century…rather risk her grandson’s life just to save her cat.” Now that it’s over, everyone can breathe a sigh of relief.

You’d think after raising kids and caring for her grandchildren, this grandma’s common sense would’ve kicked. But for Tang, it didn’t. While Hao Hao wasn’t hurt, his grandma needed to be educated. So, individuals from the local residential committee talked to her to explain how bad this could’ve turned out. 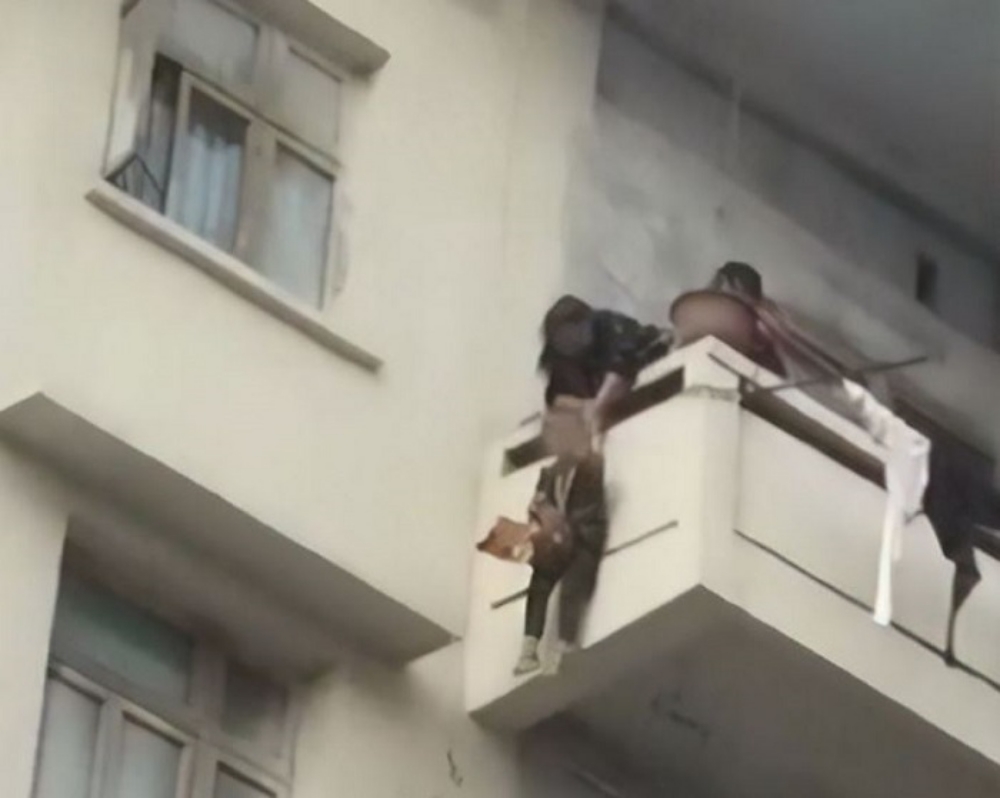 The grandson’s parents were working out of town, leaving him in the care of his grandma. I imagine the next time they go somewhere, they’ll opt to hire a babysitter instead.

This is a great reminder for all grandparents out there — never dangle your grandkid over a five-story balcony to get a cat. Instead, let the animal make its way back inside by itself, call the fire department, or contact a pet rescue organization for assistance…just saying.