The 1950s Flying Saucer That the U.S. Government Kept Classified

Some people think that there is no evidence for flying saucers, while others believe wholeheartedly that we are not alone in the universe. The frequent UFO sightings ever since human flight began have been no small source of inspiration for science fiction writers over the years. But, what if you found out that flying saucers were real and that the U.S. government concealed their existence? 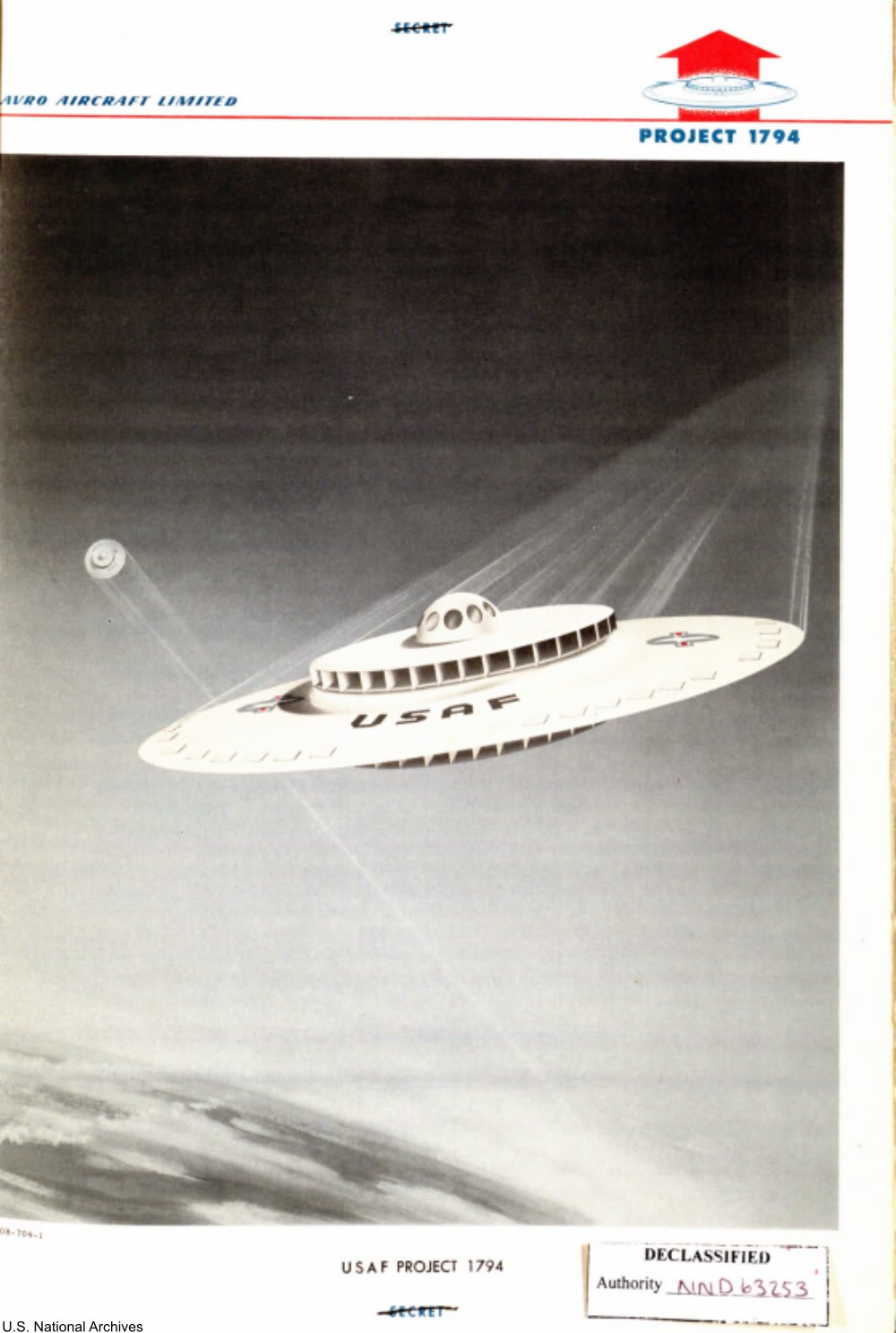 Plans for a government-issued flying saucer were drawn up by the U.S. Air Force in 1956 and 1957 and prototypes built by the Canadian company Avro. These prototypes were expected to yield flying saucers that could actually do what citizens had been reporting for years: vertical take off and lightning speeds of Mach 4. 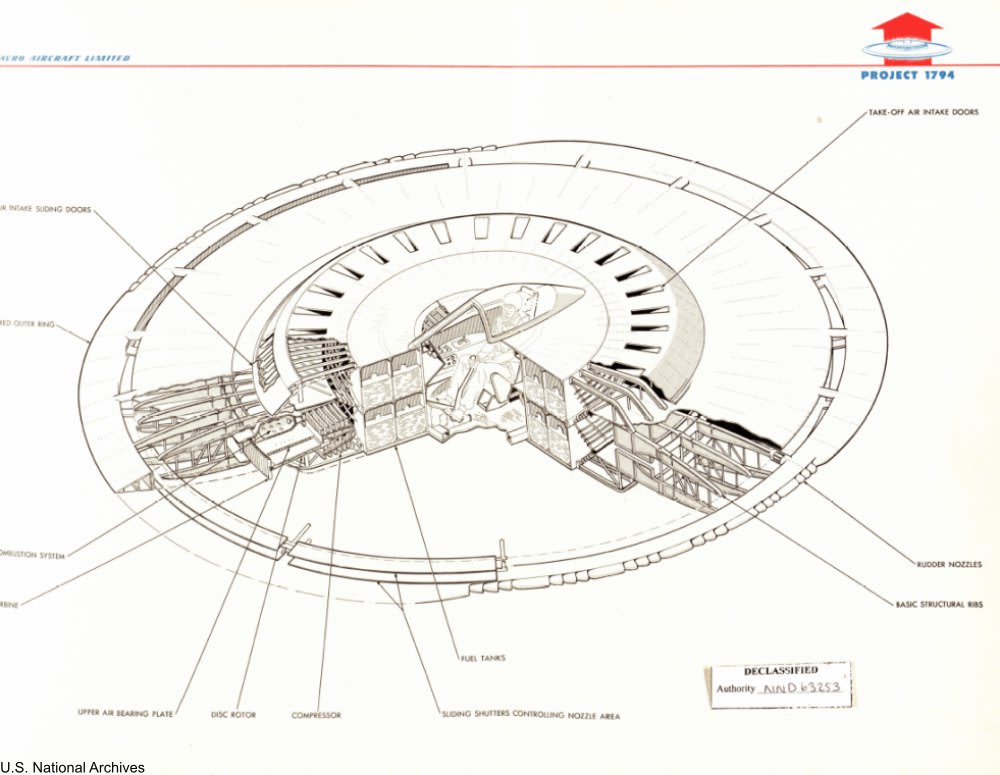 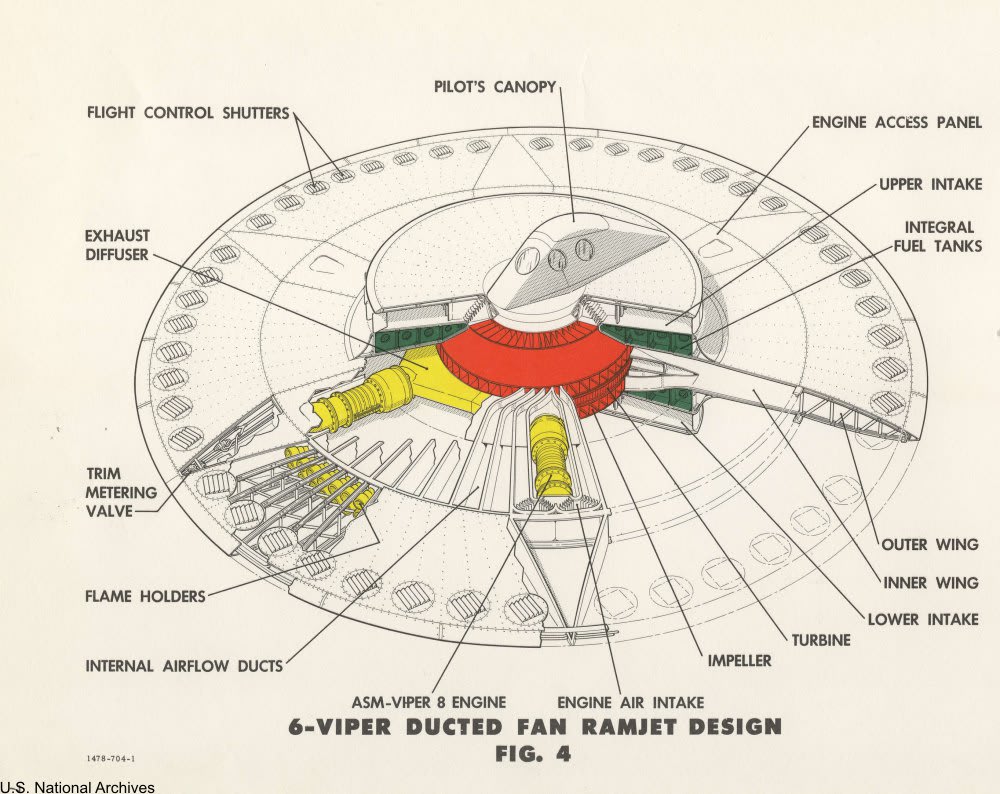 The program was known as Project 1794 (among other names) and called for a number of features that we usually associate with UFOs, including the classic shining disk shape.

The program continued with assistance from NASA and the Army. Various models were produced over 4 years, one of which was the Avrocar, which had been on the Canadian government docket in 1952, but which had been sold to the U.S. Government in 1958. Unlike earlier flying saucer models, the Avrocar had the pilot’s cabin set to the side instead of in the middle of the craft. A central turbine was intended to give stellar take off speeds. 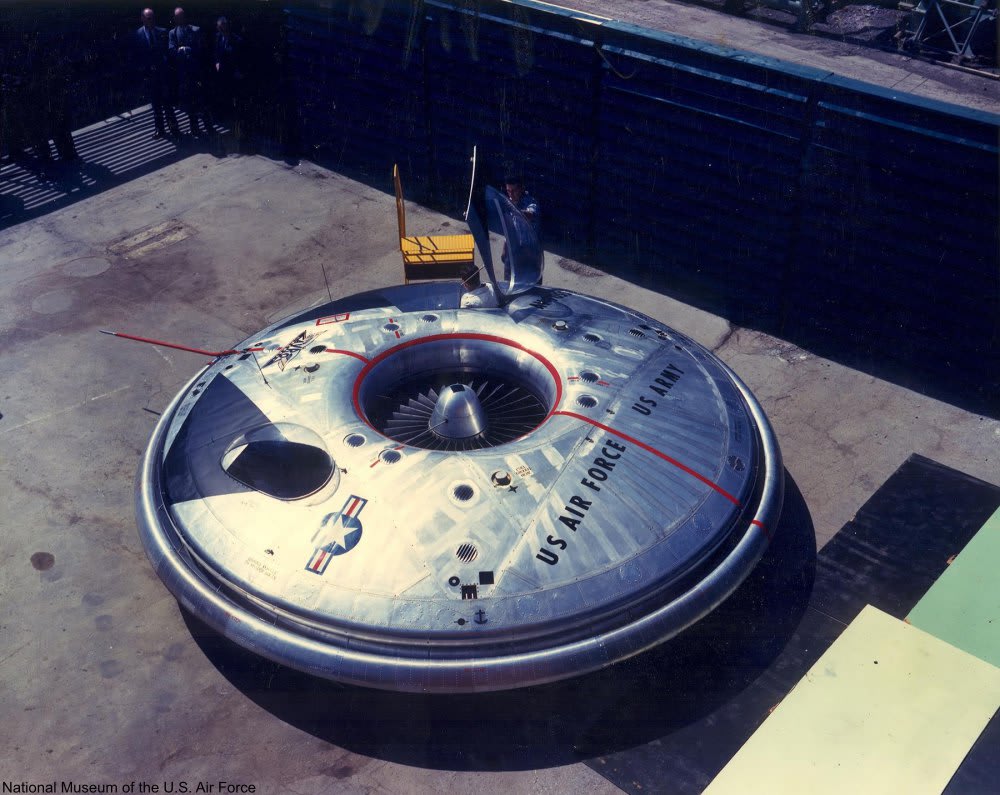 The Avrocar. Via/ National Museum of U.S. Air Force

This Cold War flyer was also intended to be a bomber and its projected attributes would have made it one of the stealthiest and deadliest aircraft of the era had they been successful. But, these flying saucers were unlike anything that had been built before and progress was slow. 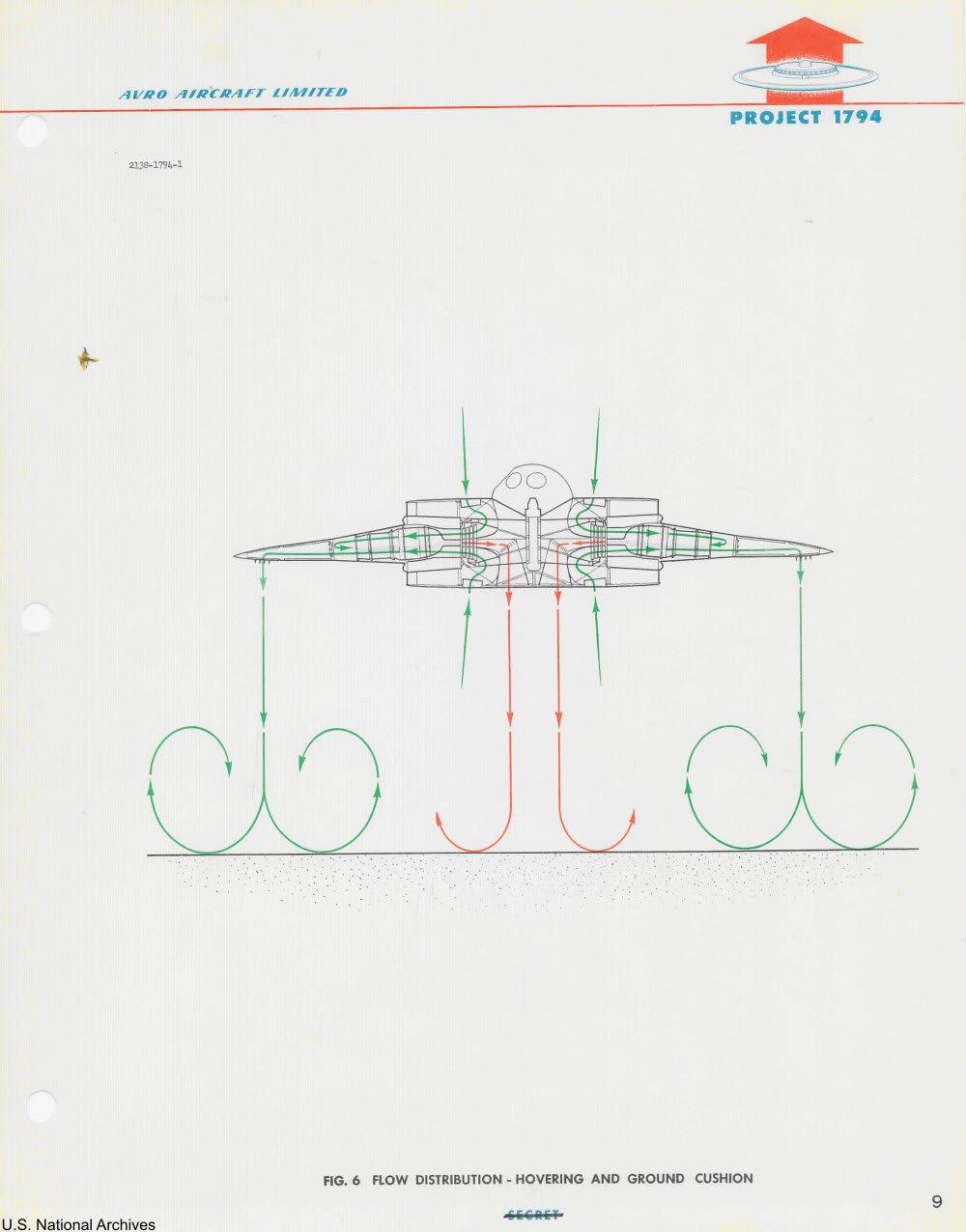 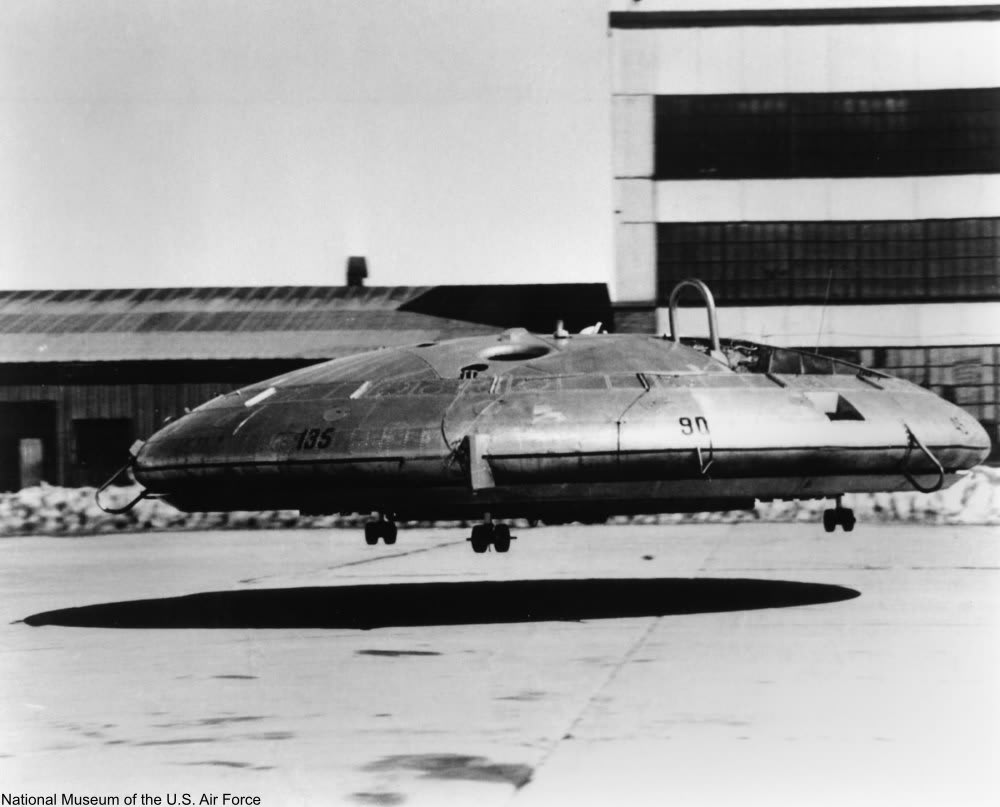 Due to poor results (reports are that none of the flying saucers ever performed to the initial lofty expectations) and high cost the program was discontinued in 1960. The records were declassified by the U.S. military in 2012 including extensive memos, diagrams, and plans of the incredible flying saucer program which just didn’t quite made it off the ground as planned.