It’s a regular ritual for many savvy shoppers: the weekly stop in at the local Goodwill store. Everything from modern clothes to vintage furniture and artwork can be had at modest prices. Plus, there’s always the chance that you’ll snag something worth a lot more (even used) than the Goodwill price tag indicates. Throughout Goodwill’s long history the concept has changed, but designer goods have rarely been the main source of income for what is often a community fixture in most places. A new program may change that. 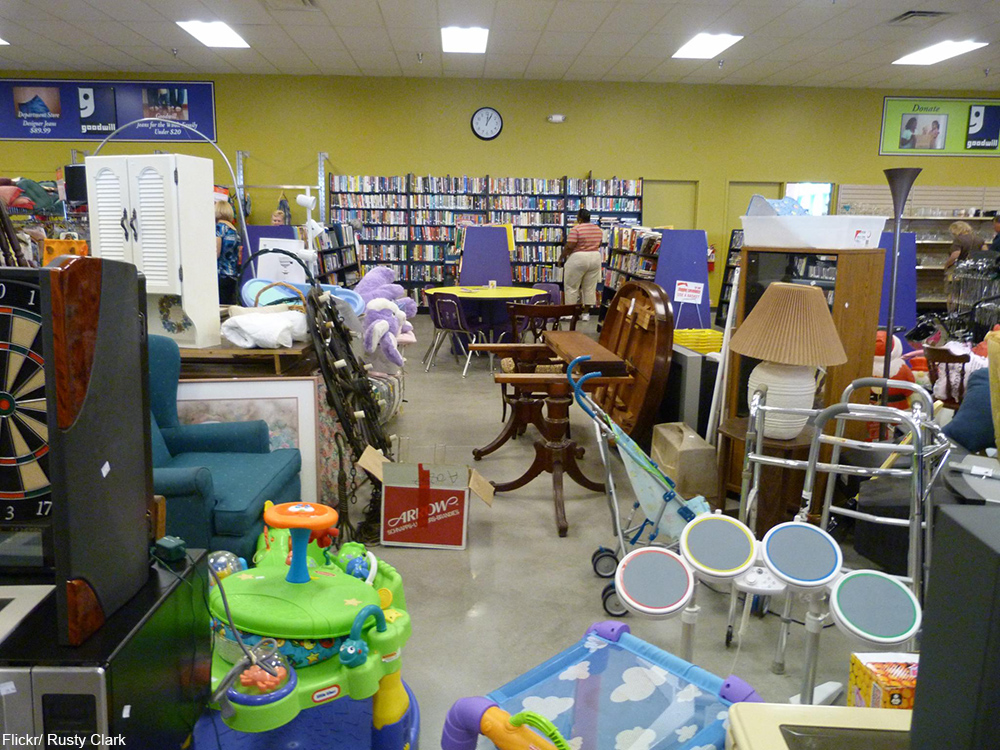 “A hand up, not a hand out” was their motto in 1902 when the first donations were solicited from the wealthy of Boston by the organization’s founder, the Reverend Edgar J. Helms. The goods were intended to be repaired first before hitting the sales floor, something we can’t imagine them doing today. The stores also had attached missions, much like the Salvation Army still does today. However, that part of the organization’s history is long gone. 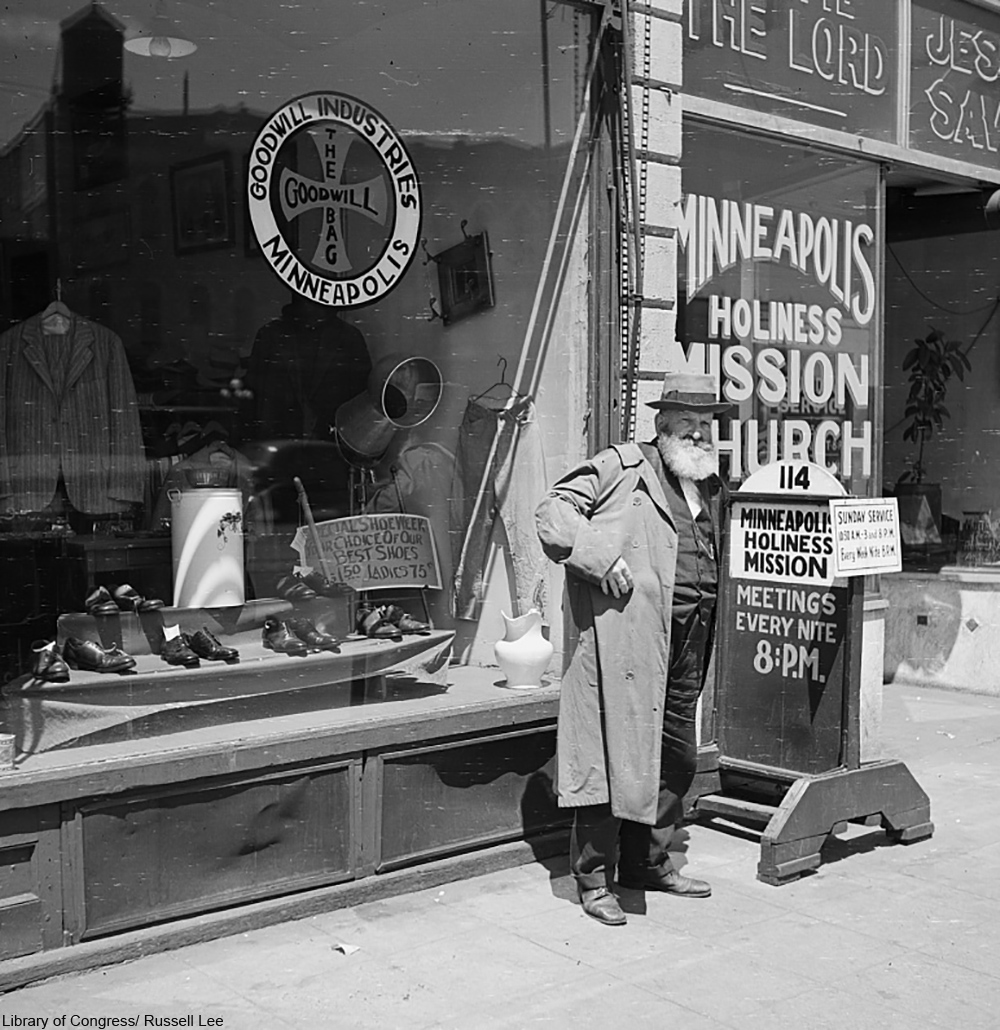 A Goodwill mission in the 1930s in Minnesota. Via/ Library of Congress

The increasingly business-minded model of Goodwill Industries began to take hold in the 1960s (which is when their mod logo was designed). Despite that, Goodwill has still managed to be a “social” organization this whole time.

This non-profit is locally run by various entities, each who decide their pricing and pay structure. There have been rumors in the past that Goodwill’s owners are billionaires and this is not true: there isn’t one owner and the highest paid CEOs make less than $1M per year. That being said, a salary in excess of $700,000 is many times what one of the organization’s average workers will receive per annum. 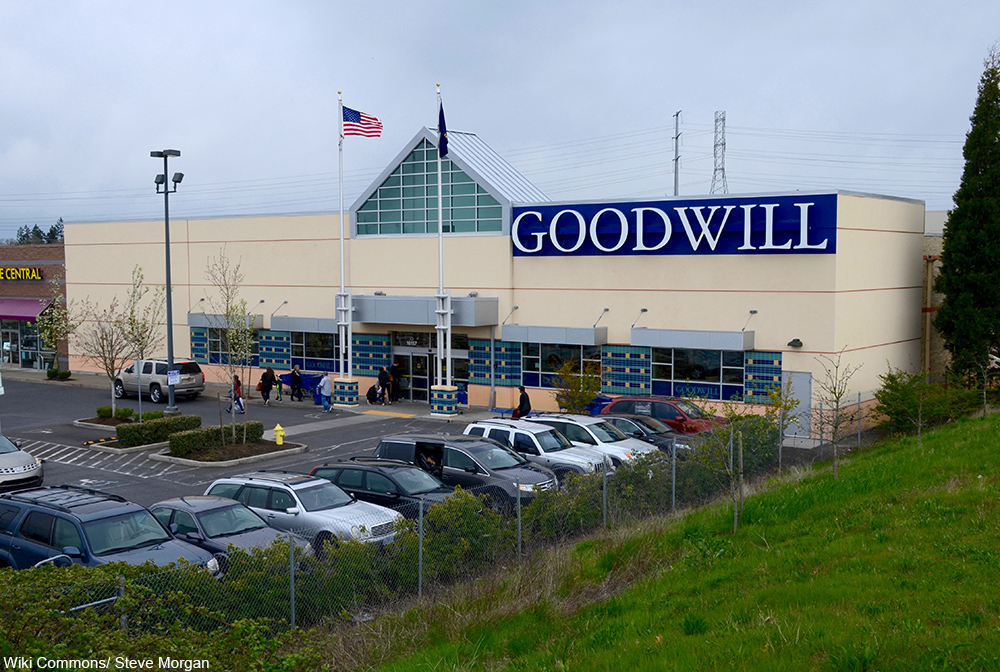 Despite the complicated history, Goodwill remains one of the most popular thrift stores in the U.S. And the chain is growing in countries besides the U.S. as well, like South Korea and Venezuela among many others.

On the docket for expansion is the new Goodwill sales that will happen online. The organization has long auctioned goods on eBay, but in future will have separate verification and selling services for luxury designer goods that get donated. What this means is that shoppers will no longer get a designer handbag for a pittance.

Previous attempts to better capitalize on high-end goods have been My Vintage Vogue, which only operated in some areas, and the Goodwill special events in which designer goods were collected over an extended period of time and then sold at higher prices to label-conscious buyers. 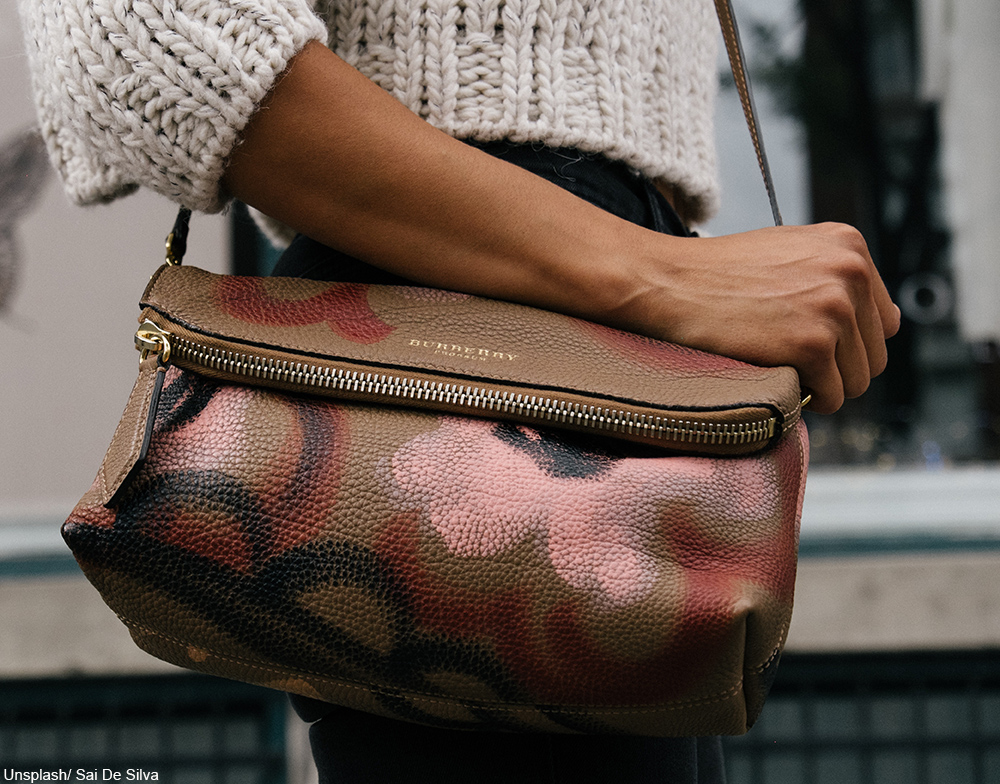 The new platform will compete with designer resale apps like Poshmark and RealReal, which routinely offer designer clothes, bags, shoes, and accessories. In all the new Goodwill service won’t change the overall shopping experience for many Goodwill customers. However, it will probably impact resellers in a big way. The designer goods will be sold in partnership with OfferUp.