The dual quest for wealth and power was the driving force in the Spanish colonization of the Americas. Wealth in this case meant long-term forms of income for the conquering government, like crops of sugar cane and tobacco, as well as taxes on subjects. The conquistadors also took large amounts of gold and silver, which later led to the legends of vast wealth such as Montezuma’s treasure.

While a huge secret stash of gold has yet to be found, the Aztec, Mayan, and Incan cultures did mine and smith gold, leading to only more speculation on the treasures of gold that awaited those savvy enough to find the hiding spot. Now, a huge chunk of gold found under the streets of Mexico City has been found to actually be part of that legendary stash. 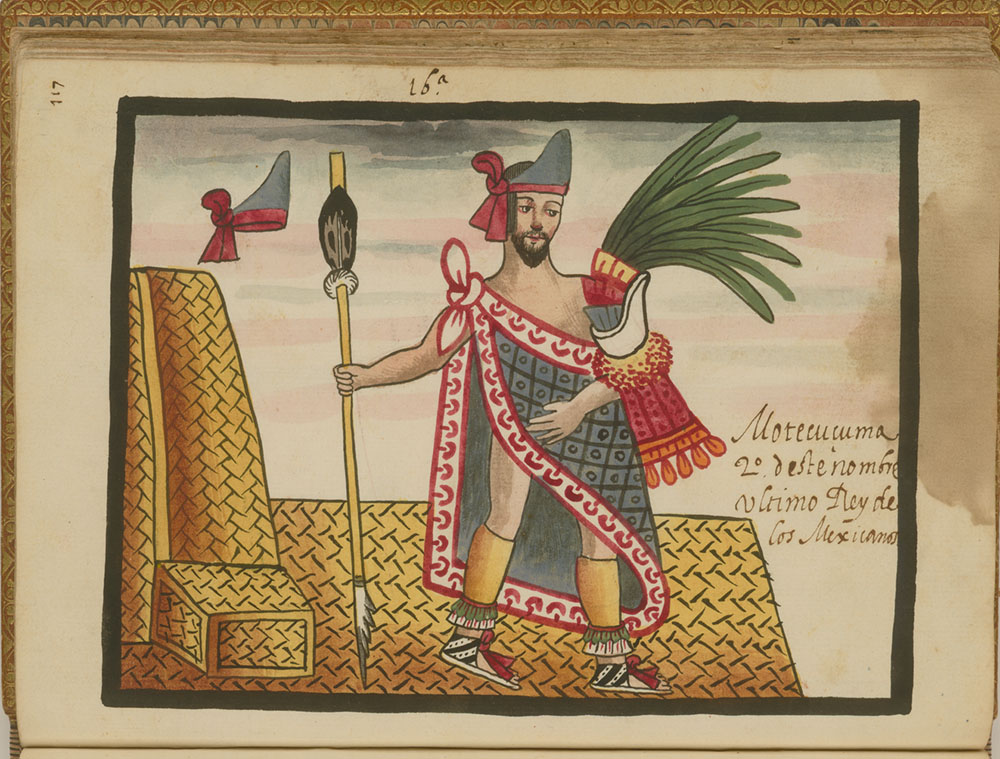 Depiction of Montezuma from no more than 100 years after his death. Via/ Wiki Commons

The Spaniards who first came to the Americas were notoriously single-minded in their quest to conquer. The use of guns to defeat huge armies (in combination with some anti-Aztec alliances with other native populations) made for quick takeovers of large tracts of land. Once the Spanish had felled various rulers, they took with them the gold that was found there. In fact, so much gold was plundered that competing nations attempted to unload Spanish ships of their precious metals en route to Spain. This precipitated the policy that Spanish treasure was to be carried in fleets that could defend against aggressive English or French ships. 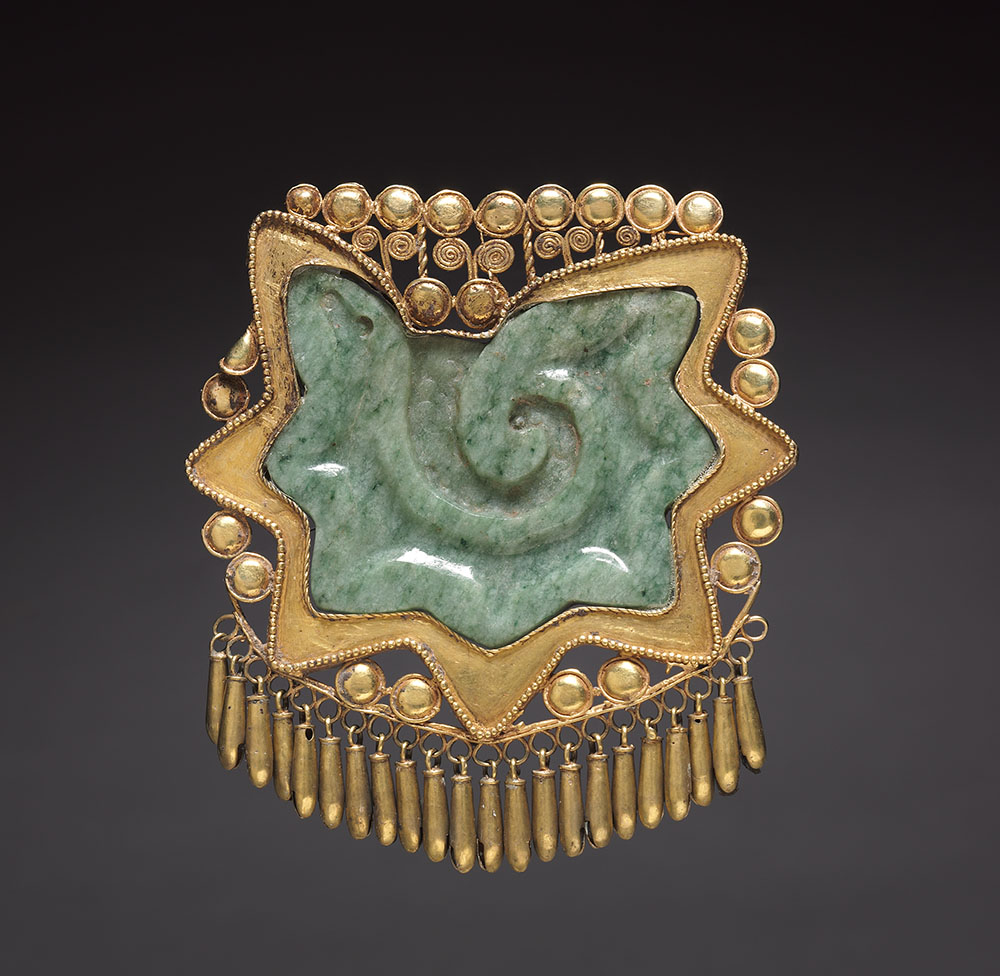 An example of a pre-Columbian Aztec gold artifact, a jade stone carved like a shell and surrounded by gold ornaments. Via/ Cleveland Museum of Art

The gold bar in question was found under the busy streets of Mexico City in 1981 during a construction project.

The bar was found 16 feet down, as the capital of Mexico was built on top of Tenochtitlán, the ancient city which was ruled by the Aztecs. The city at that time was built on a island in the middle of Lake Texcoco, however once the Spanish took control of the area they drained the shallow lake to avoid flooding.

The ingot is suspected to have been left behind by fleeing conquistadors who sought to escape the upheaval following the assassination of the Aztec emperor, Montezuma II (sometimes spelled Moctezuma), in 1520. Only a year later disease brought by the Spanish, combined with supply lines to the city having been strangled by the conquistadors, drove the final conquest of the biggest city in pre-Columbian Mexico. 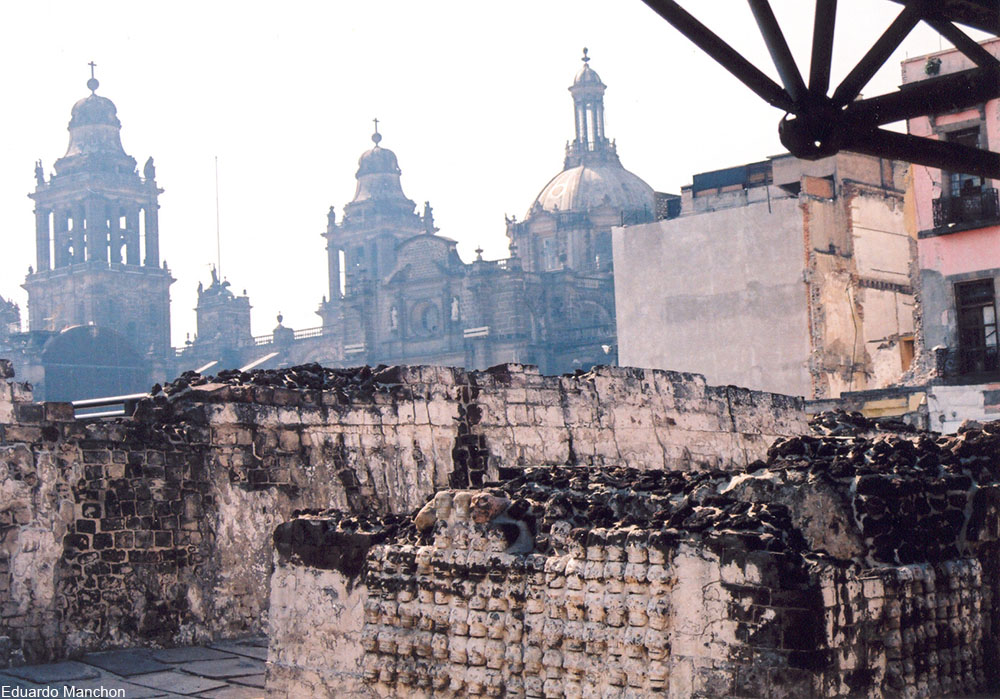 Weighing in at 4.4 pounds, this large piece of gold was recently examined using fluorescent X-ray chemical analysis at the Institute of Physics at the National Museum of Anthropology of Mexico to examine the way it was made.

During analysis, it was found that the bar was likely made between 1519 and 1520, during the time that Hernán Cortés ordered looted gold from the Aztec treasuries to be melted down for shipping to Spain. This explains why the bar is a bit rough looking, nothing like the sleek, gold ingots we think of as lining the vaults and safes of the wealthiest countries of the world.

It is likely that gold was forfeited by accident during the Triste Noche (or Sad Night), an event which forced Cortés and his men from the city. The location where the gold bar was found corresponds to the escape route taken by the Spanish via the Toltecaacaloco Canal on Triste Noche. 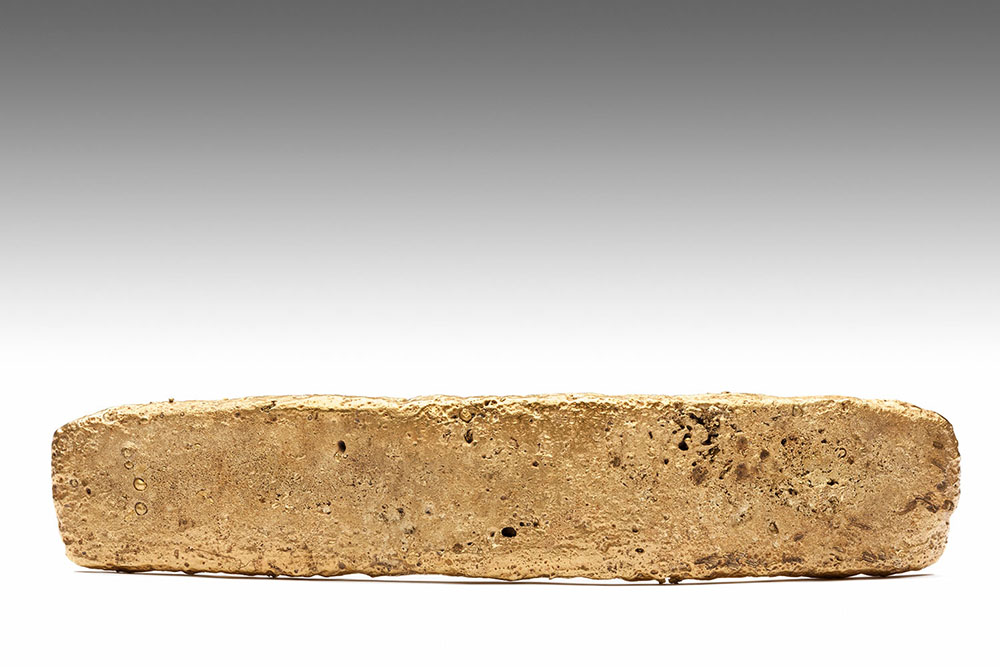 Not many physical objects from the night Cortes fled on June 30th, 1520, remain today- making this ingot a rare remnant of an important historical event from the era. According to the National Institute of Anthropology and History (INAH), the gold bar is a “key piece in the puzzle of this historical event”.

There may never come a day when a huge hoard of pre-Columbian gold is found hidden away, but finds like this gold bar are the closest thing to that kind of discovery we are likely to see. And, it was almost certainly gold from Montezuma’s vaults that was used to make the crude bar.