People will often travel to Europe for vacation. They want to see the sights and sounds and to take in some of the history the area has to offer. At times, they may travel on their bike across Europe so they can see more of the countryside.

You can ride a bike without any extra cost, except you do have to buy the bike. It keeps your body toned and it is a fantastic workout routine. Around the world, some 1 billion people are on bikes regularly. Some use them for professional reasons and others for exercise or entertainment.

If you happen to love biking and are ready for a vacation, you might want to check out the glow-in-the-dark bike paths in Poland. They are a bike-friendly country and it really shows. In fact, they will entertain any eco-friendly alternatives, so bikes are always on the menu.

When you look at the biking path during the day, it’s kept up perfectly. At night, however, it really shines, literally. It glows blue at night, making it a welcome addition to the town of Lidzbark Warminski. TPA sp. Z o.o. is the engineering company in Europe that developed the idea. They envisioned the paths as a way to reduce accidents. 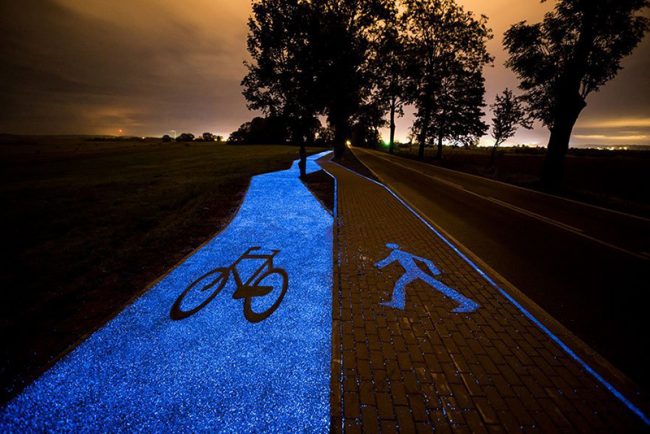 Studio Roosegaarde’s Starry Night bike lane in the Netherlands provided inspiration for the designers. It is similar in the way that it looks but it used an entirely different type of technology. The Dutch version uses LEDs and in Poland, they designed it with the use of solar power. 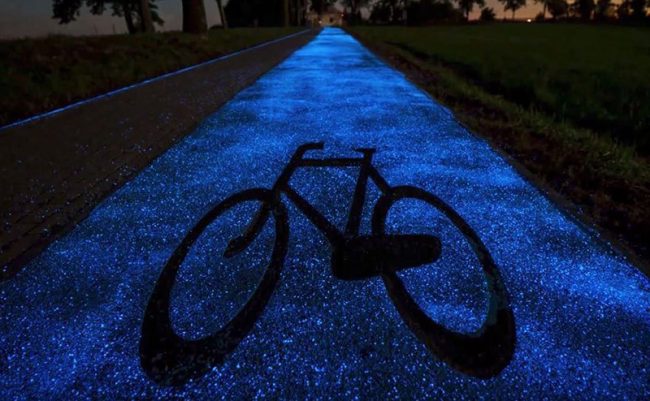 Luminophores were added by the workers to the trails. Those particles absorb the rays of the sun all day long and then release light when the sun goes down. The glow from these bike lanes can last up to 10 hours.

Igor Ruttmar, TPA’s President says that they glow all night long and then the glow is refilled the following day. It’s an eco-friendly option that is beneficial for the main targets, pedestrians and bicyclists. It’s especially beneficial because the area is so far away from city lights. 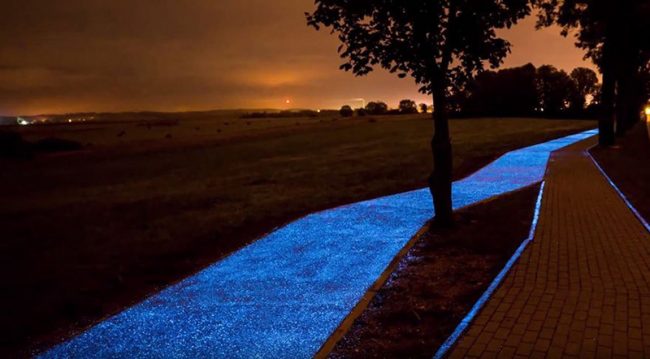 328 feet of glowing trail was involved in the testing phase. It is hoped that it will continue to grow in the future. 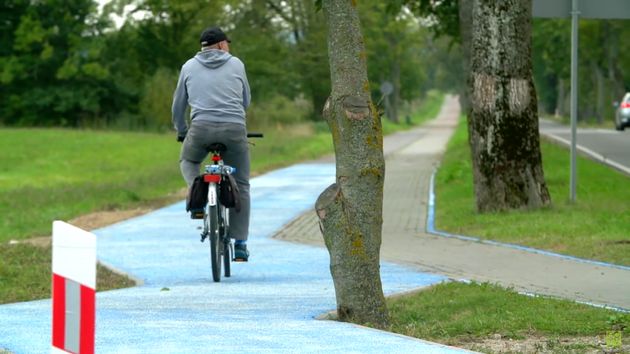 Christ’s Pieces Park in Cambridge, England was the area where Pro-Teq Surfacing sprayed 1,614 square feet of a path in 2013 with ‘Starpath’ so it would glow all night long.

You can see how it looks in this video: