For young people who grew up in the digital age, glass insulators are truly relics of another era. Even those who grew up seeing them regularly on telephone poles might not have realized that these heavy glass lumps came in a huge variety of colors, shapes, and sizes. This fact, combined with the low entry price for getting a collection started, makes them an ideal collectible for the 21st century. 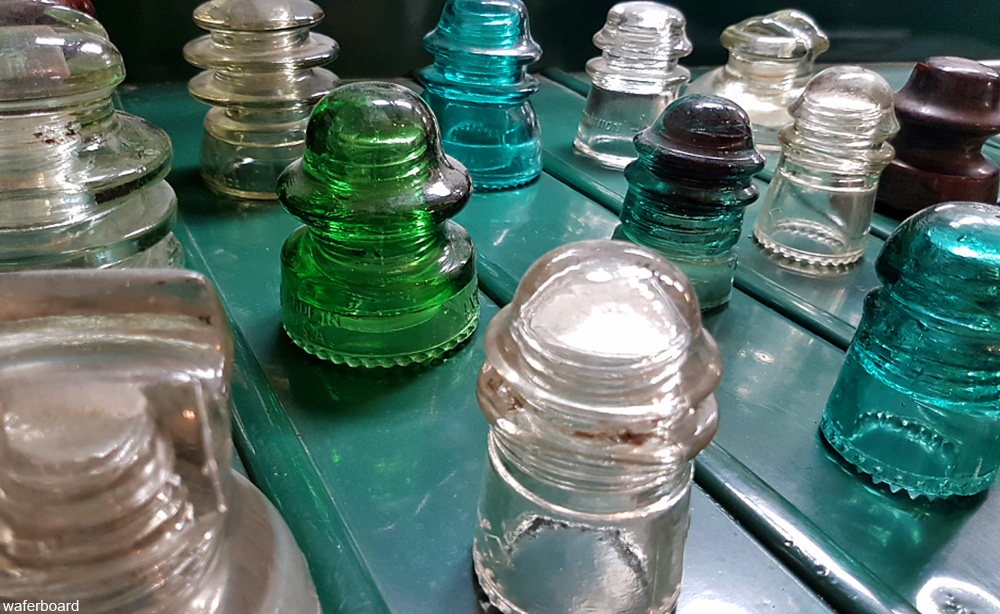 In a world full of changing tech, glass telephone insulators offer a window into a simpler time. Up until the 1940s the wires that carried the signals for telephones and telegrams were insulated with chunky pieces of glass. There was also a time when Bakelite and ceramic were used, but this was far less common.

You can see inside a glass insulator there are screw threads and these are to attach the insulator to the telephone pole using a wooden screw. Then, live wire could run across the grooves in the exterior, directing the wire safely to the next connection point. 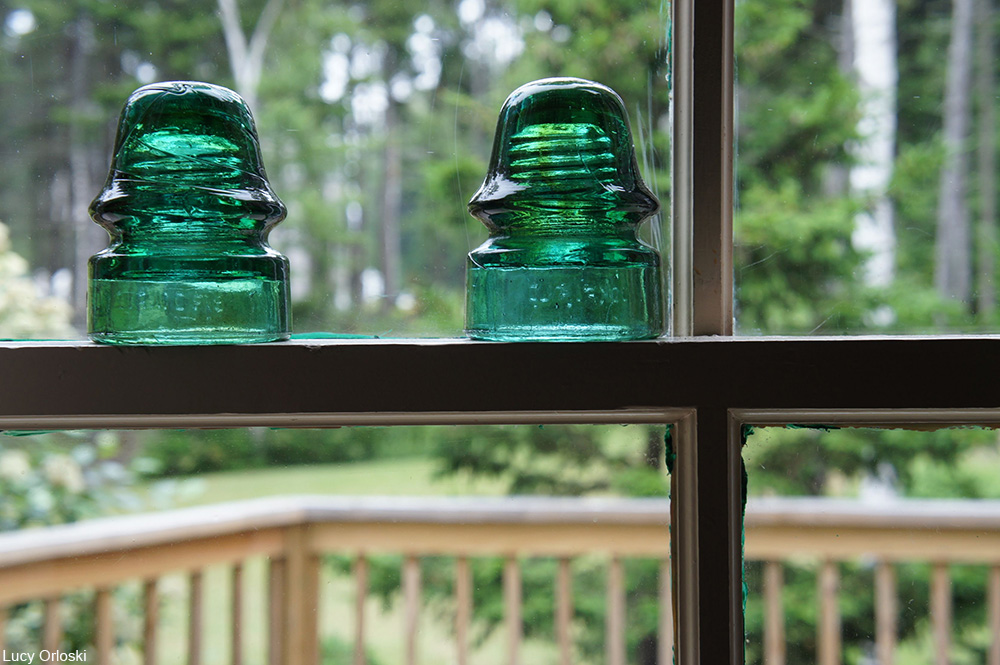 About the size of a large paperweight, these insulators were made obsolete by composite insulators which came on the market. Following World War II when production of glass insulators declined. 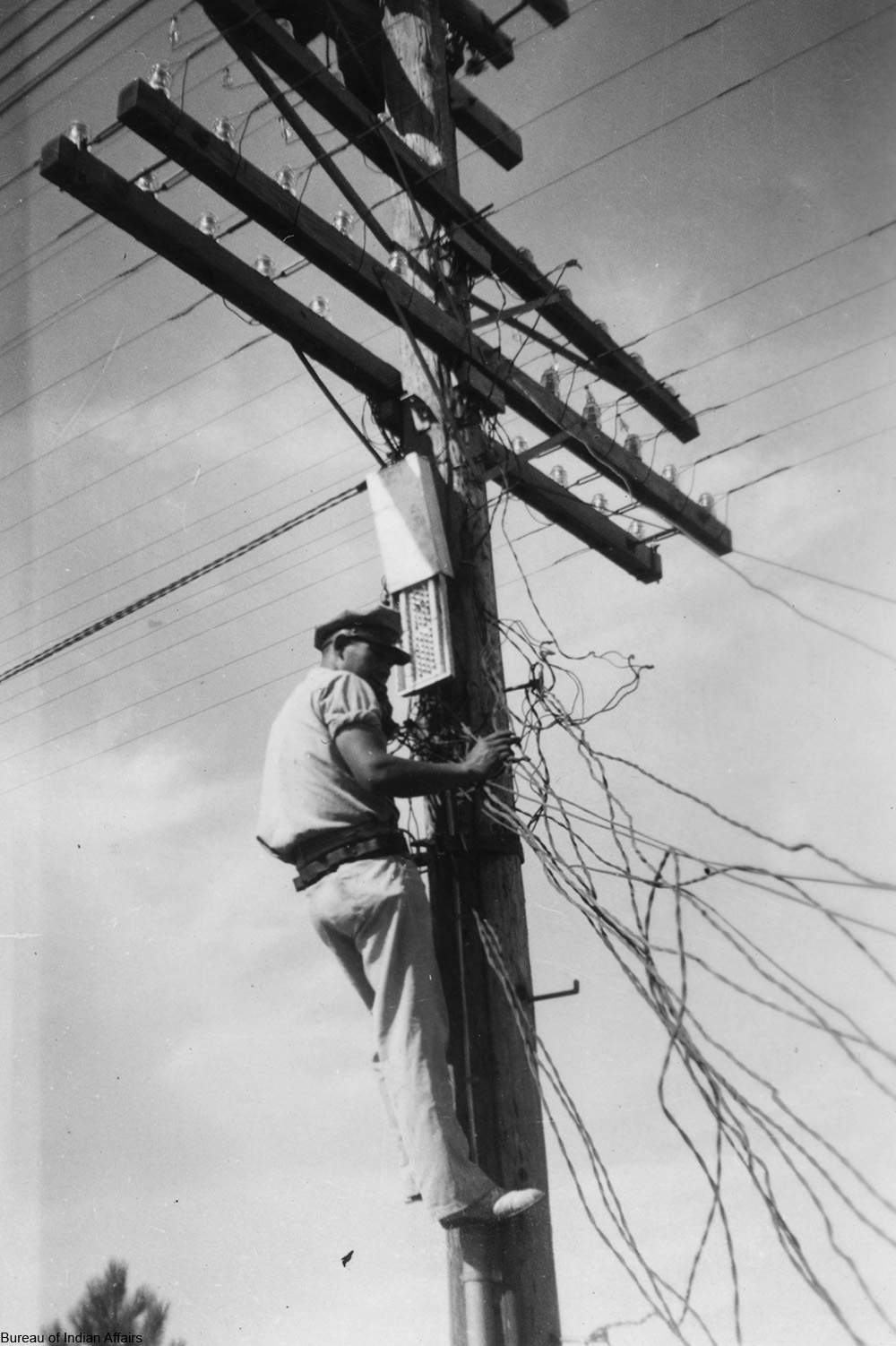 Despite the fact they were used for industrial purposes and that you usually couldn’t see them all that well from the ground, glass telephone insulators were made in a huge variety of dazzling colors.

From Bell jar blue to olive green to royal purple and deep cobalt, they came in just about any color imaginable. This often what first draws collectors in. Having a piece of technology history is often what makes them stay. 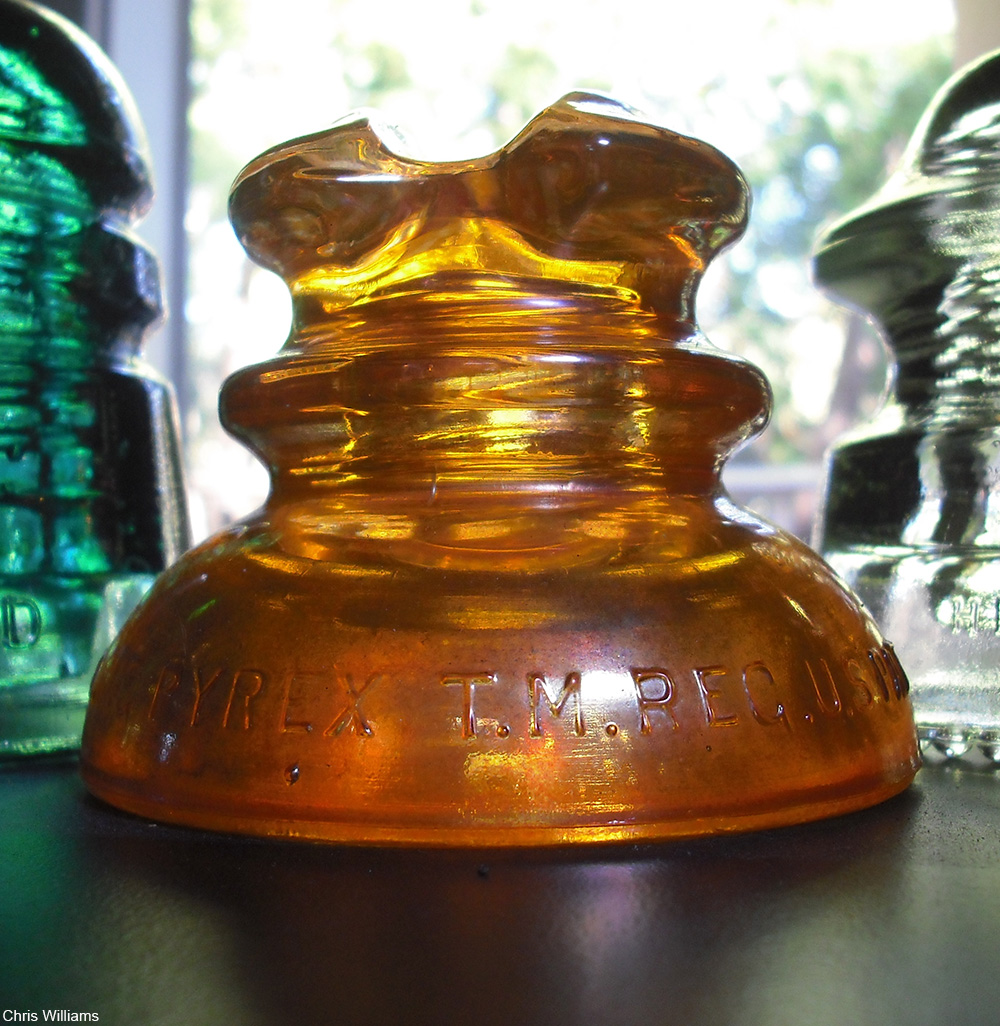 The most common are the plain pale bluish green insulators, of them the most common is Hemingray. These can sell for between $5 and $20 dollars. The more intense of these blues can sell for more, as do the majestic colors like purple and deep teal (which can sell for $75 up into the hundreds). 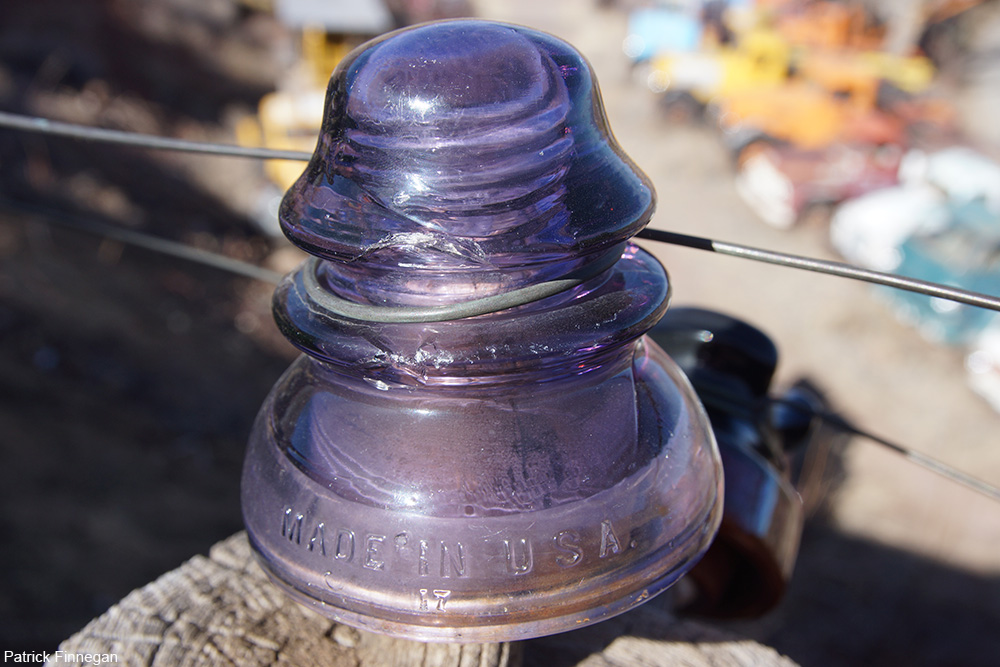 A number of glass jar manufacturers also made insulators, which explains the wide range of colors. Names like Corning, Pyrex, Kerr, and Whitall Tatum will be familiar to collectors of bottle glass. But, these companies (and many others) also made insulators.

Then comes the cobalt blue insulators. One sold on eBay in August of 2019 with a price tag of $5,000! This extreme cost was not only due to the beautiful color (see below), but rarity of the item which was manufactured by California Electric Company. 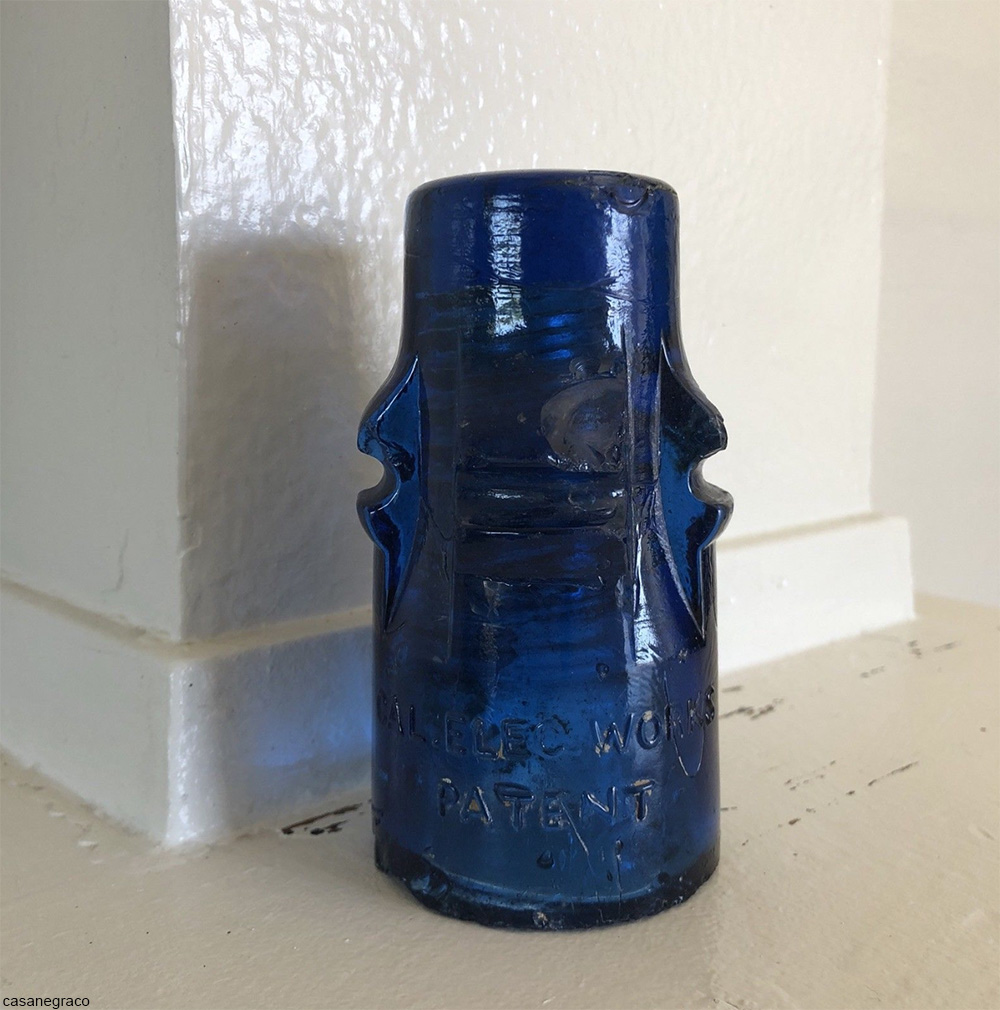 This area of collecting also includes other types of glass electrical equipment like line separators, bushings, strain insulators, and lightning rod insulators. However, there’s a reason that the standard telephone insulators are the most common area of collecting- their size, shape, colors, and availability lend them to gorgeous displays.

Glass insulators look beautiful with light coming through them, like when they are placed in a windowsill. The array of colors is intriguing, much like it is for bottle collecting.

If you choose to start collecting insulators then it’s an easy area to get into. If this piques your interest then keep an eye out at thrift stores and garage sales. You never know what you might find!