Gene Simmons has shaken the world of Twitter and he did not even have to be problematic to do so. Typically, when someone of his status manages to draw the ire of Twitter, it is because of an ill-considered tweet. However, Simmons has been able to become the talk of Twitter because of one simple daily decision that he makes. He likes to keep his cereals cold and he has a unique way of doing so.

He decided to ring in 2020 by letting everyone know that he puts ice cubes on his cereal. You read that right, actual ice cubes. This is not a metaphor or a euphemism. “Anyone else put ice cubes in their cereal?” he said, expecting people to agree with him. To make matters even worse, he does not even eat one kind of cereal. He would rather mix two within the same bowl. 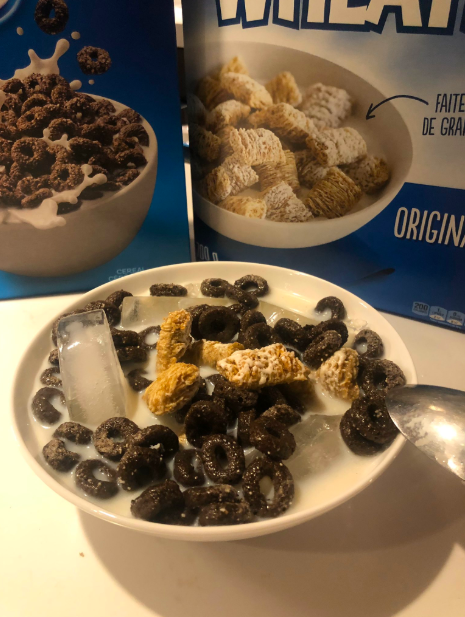 Simmons mixes Oreo O’s with Frosted Mini-Wheats. We are not sure how he has managed to avoid diabetes and we want his secret. Maybe it is the ice cubes that save him? While there were some Twitter users who were fine with Simmons’ choices, there were others who decided to let him know how sickened they were by this decision. In all honesty, we cannot say that we blame them.

We have a ‘live and let live’ policy in most instances but this is simply too much to bear. How can anyone sit idly by and allow this to happen? Gene’s son Nick issued a hilarious response to the tweet. “30 years watching him do this. This is my life,” said Nick and we are howling with laughter. Some Twitter users even tried to offer Gene some helpful advice. 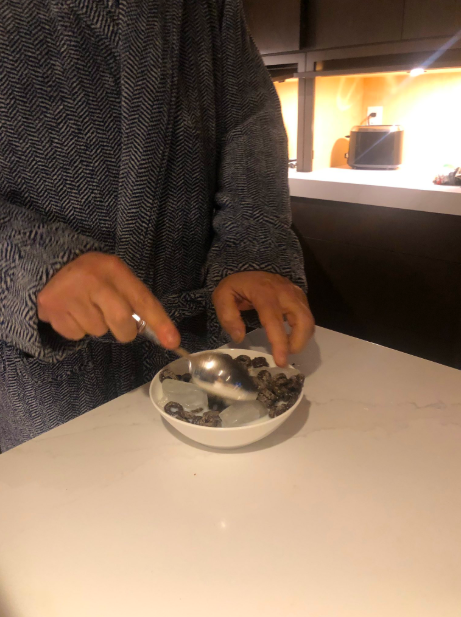 One clever person asked why he doesn’t simply freeze the milk into ice cubes. This would keep the milk from potentially getting watered down. As Simmons prepares to live the touring life behind for good, he has been enjoying the KISS farewell tour immensely. Now, he will have all of the time in the world to enjoy his disgusting concoction and there is nothing that any of us can do about it.

If this is how he wants to eat his cereal, that is his choice. Those are his beliefs and we have to respect them. Unfortunately, there is no law against putting ice cubes in your cereal. We wish that we could pass one! Pass this one along, immediately.