Many of us would probably enjoy taking a trip to space and that reality may not be very far off. If you are somebody who would like to leave Earth for vacation, then you will be interested in what the Gateway Foundation is designing. They are putting together plans for the first commercial space hotel.

The hotel would have everything that you can possibly imagine it would have. After all, a trip to space should be luxurious and have plenty of options. The hotel, known as the Von Braun Space Station, is trying to make space visitation available for everyone. Inside the hotel, you will find restaurants, bars, and many activities. You will even have gravity so you don’t simply float away.

Along with the amenities you would find at any hotel, you will have some low gravity sports such as basketball, rock climbing and trampolining. It is expected to be opened by 2025 and will hopefully have 100 visitors every week. 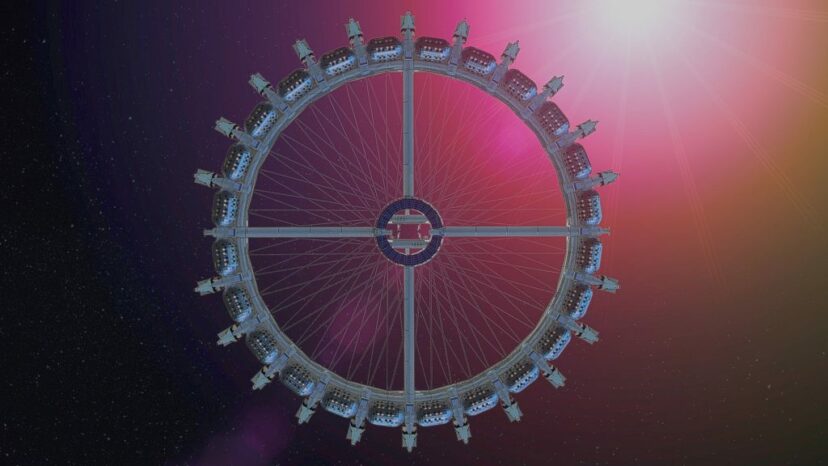 The senior design architect of the Von Braun Space Station, Tim Alatorre reported the following to the architecture and design magazine, Dezeen:

“Eventually, going to space will just be another option people will pick for their vacation, just like going on a cruise, or going to Disney World.

Because the overall costs are still so high most people assume that space tourism will only be available to the super-rich, and while I think this will be true for the next several years, the Gateway Foundation has a goal of making space travel open to everyone.”

Some of the technology used in the international space station will be used to build the hotel. Artificial gravity is also on the drawing board to help make long-term visits more comfortable. Gravity can be achieved by rotating the hotel, which is why it is designed in a circular pattern.

The hotel will be a wheel, 190 m in diameter. The outside of the wheel will include 24 sleeping modules.

“There will also be many of the things you see on cruise ships: restaurants, bars, musical concerts, movie screenings, and educational seminars.”

Some of the modules may also be sold as private residences and others can be used for scientific research. Eventually, the population of the new station could be as high as 400. 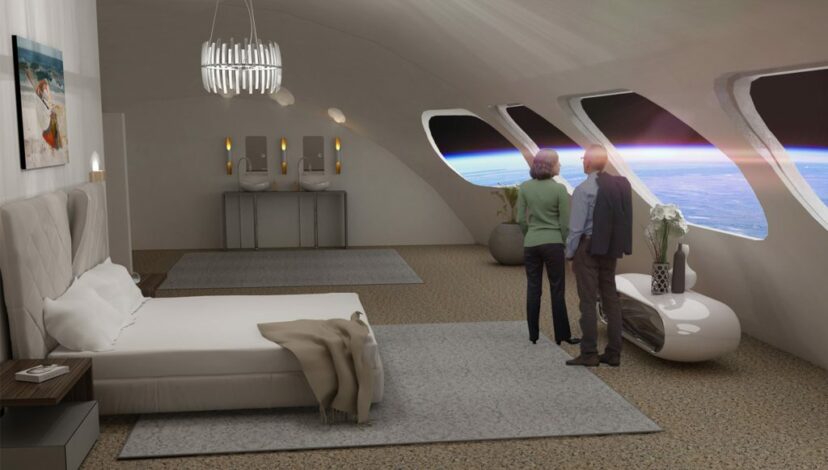 It is also hoped that the hotel will be more comfortable than what you see in most movies.

“In the movie 2001: A Space Odyssey, Stanley Kubrick’s Space Station 5 is a sterile, white, museum-like hotel.

While it made for a clearly futuristic feeling in the movie, in reality, it wasn’t a very inviting space. As humans, we innately connect to natural materials and colors.”

The Gateway Foundation may use various stone and wood products from here on earth but they are also looking at potential substitutes to make it more practical for space. 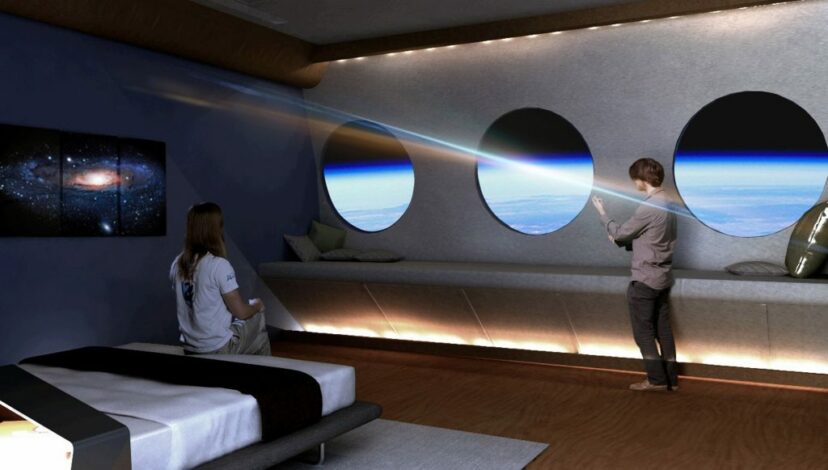 “Developments in material science now allow for a lightweight, easily cleanable natural material substitutes for stone and wood that would normally not be feasible to bring into orbit.

The use of fabrics, warm-colored lighting and paints, and materials with texture, all help us to connect and feel at home. Because the station will have gravity there will be a sense of direction and orientation that isn’t present in the ISS.”

The food at the hotel also promises to be top-of-the-line. Full-service kitchens are already planned and the logistics for those additions have been worked out ‘years ago’ by the cruise ship industry. It will also include showers and toilets for your comfort and convenience.

The foundation is also looking at other possible options for space habitation. This includes a space station, The Gateway, which would have enough room for 1400 people.