Woman Follows 1960s Makeup Tutorial… The Results Might Surprise You!

It’s hard to believe that the sixties were almost sixty years ago! The times sure have changed, and that includes fashion and makeup trends! Sure, it’s easy to say that nowadays people have gone a little crazy with contouring and complex makeup routines posted all over Facebook and Instagram, but there were some pretty rigorous beauty routines back in the day, too. One brave YouTuber found a makeup tutorial video from the 60s and decided to give it a whirl! 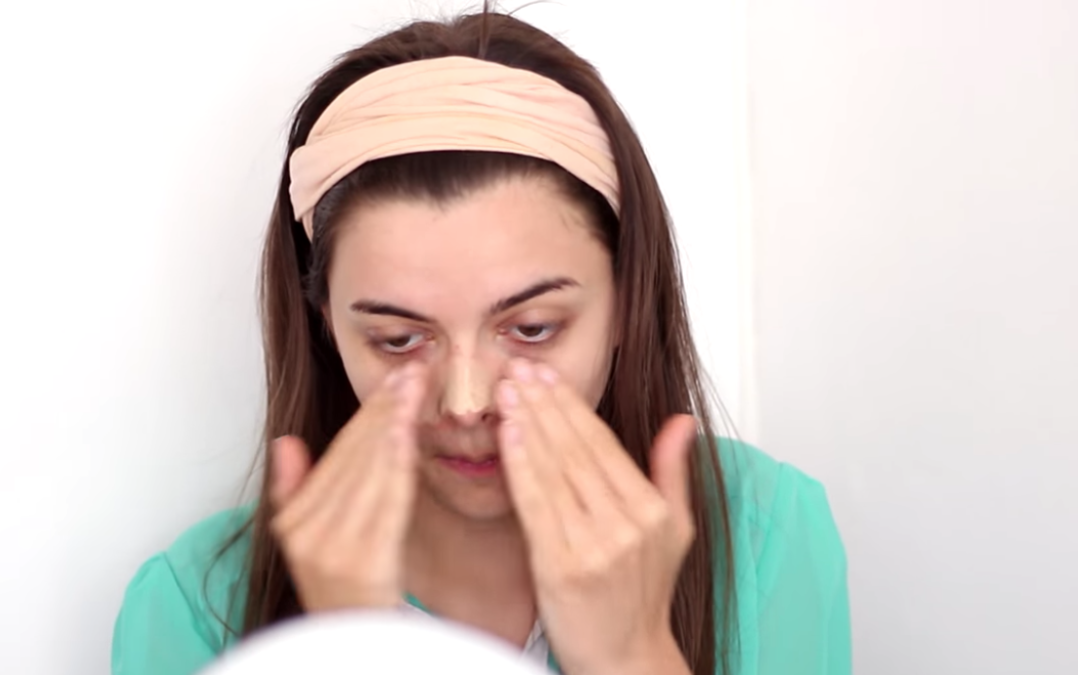 It starts off innocently enough – just applying some liquid foundation. Granted, there’s no brush or sponge, the lady just applies to directly to her face using her fingers. Maybe not the best blending technique. 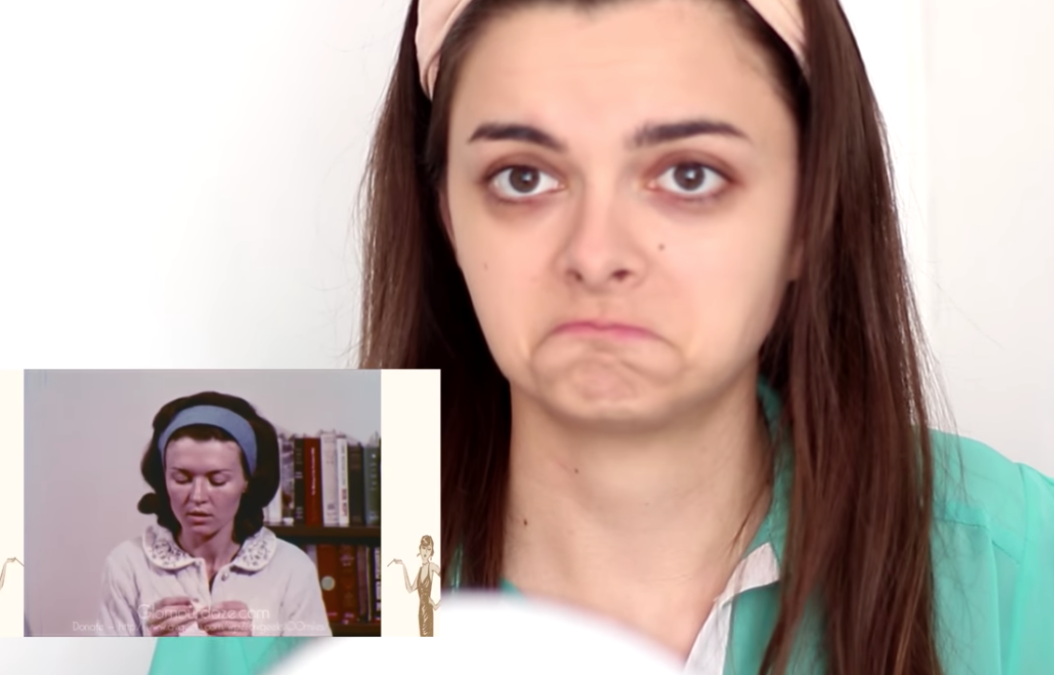 After the liquid foundation, they use a powder concealer under the eye, followed by a setting powder. Once everything is seemingly in place… that’s when they suggest using a liquid concealer for any blemishes. Huh. 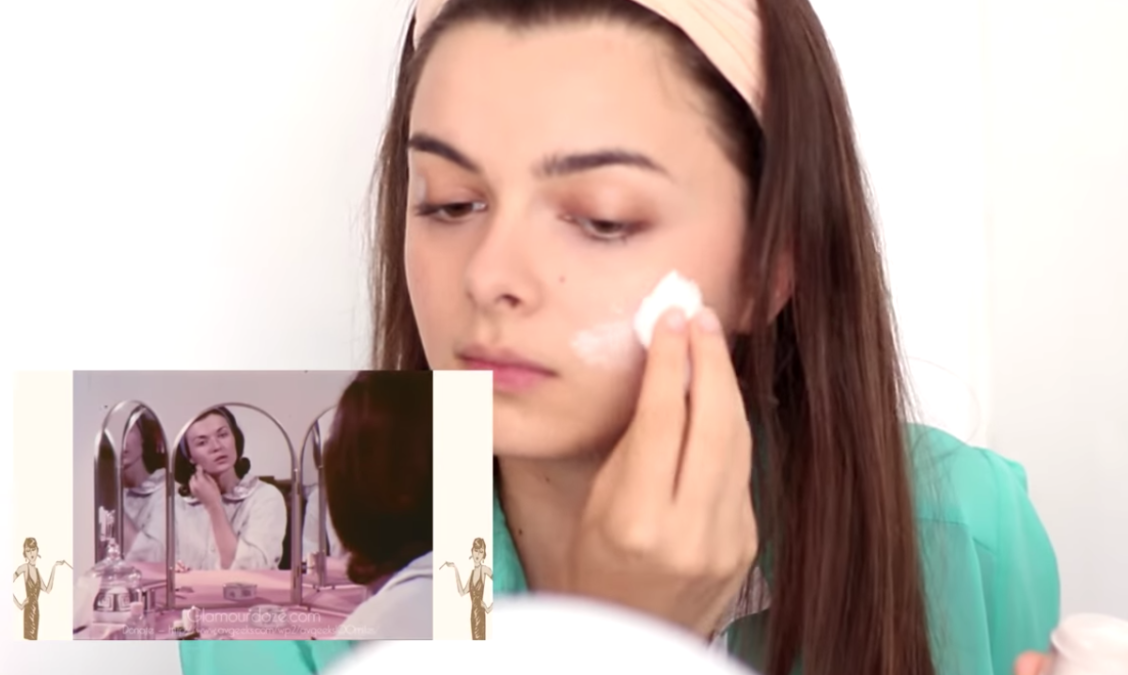 Next, it’s time for the eyes. There are a few interesting tricks they suggest in the tutorial. For example, using the eyeliner stick to measure out the angles on your eyebrows. Always pluck eyebrows until they are even with a line from the side of your nose, and then straight out from the edge of your eye. 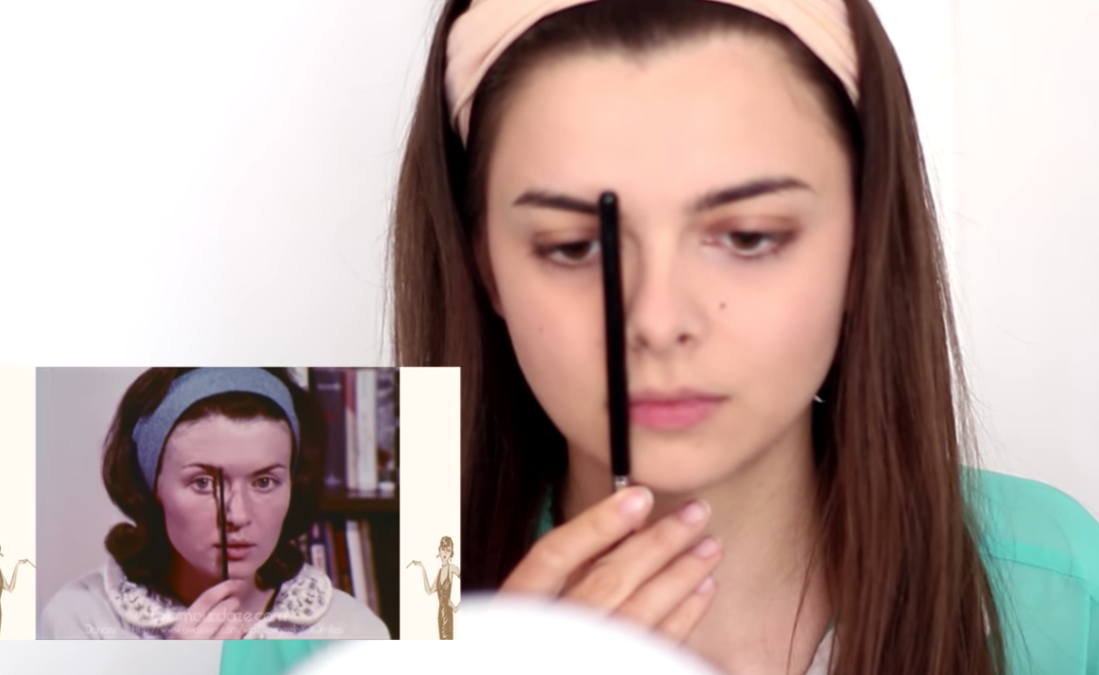 The eyeliner itself is actually pretty tasteful, though in the video they suggest never using a black or dark brown as it is “harsh and unbecoming of young women.” 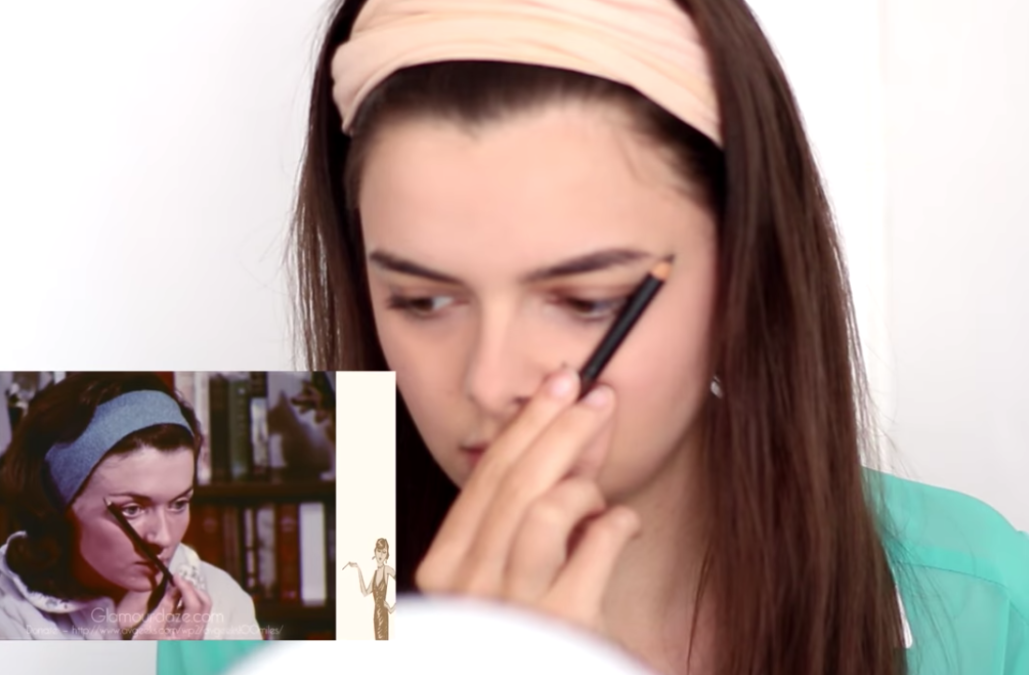 Here’s where the fun comes in – contouring the lips. The video goes over a few techniques on making thin lips fuller, or fuller lips thinner. Not sure why anyone would want to do the second one, but hey, to each their own! Watch the video below to see the final 60s look! 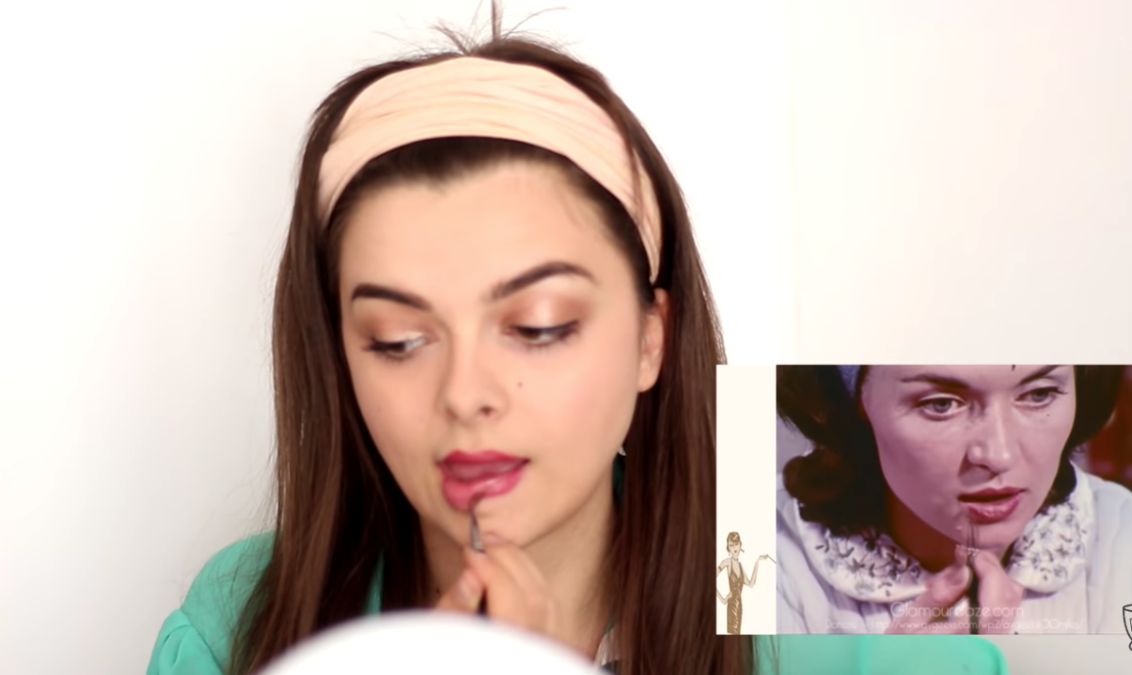