How Chalkware Evolved from Primitive Folk Art to Classic Kitsch

Many of us grew up with brightly painted chalkware in our childhood homes. From exotic figures on lamps to animals to childish figurines, chalkware items were an essential part of Mid-century decor. But, flashback to the 1800s and this type of folk art decoration was a lot more quaint than any of the chalkware we grew up with. 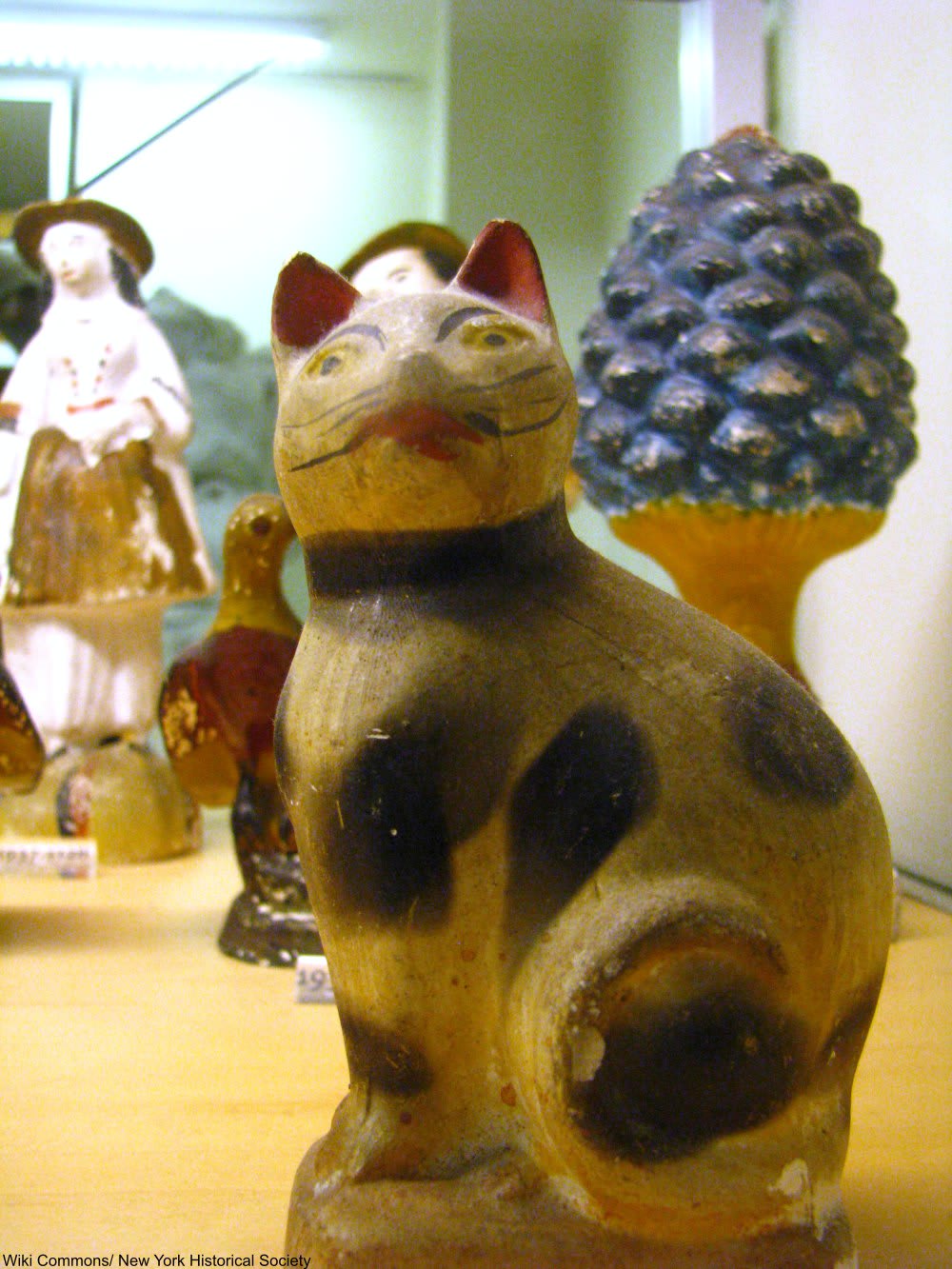 In the 19th century, global trade was often slow and inefficient. Goods shipped from Europe to the U.S. took a long time to arrive by boat, and were touched by many hands on their way. Delicate pottery and china from overseas was a costly luxury most regular folks in the colonies could not attain.

While their fiscal assets were often next-to-nothing, settlers did have the ingenuity to create their own decor. As a cheaper alternative to ceramics, chalkware was an option for the more creative. Actually made from plaster of Paris (which sometimes contains lime or gypsum), figures could be made at home in any style or shape one desired, using a homemade mold. Early chalkware pieces can be hollow or solid, painted with watercolors, oils, or even tempera paint. 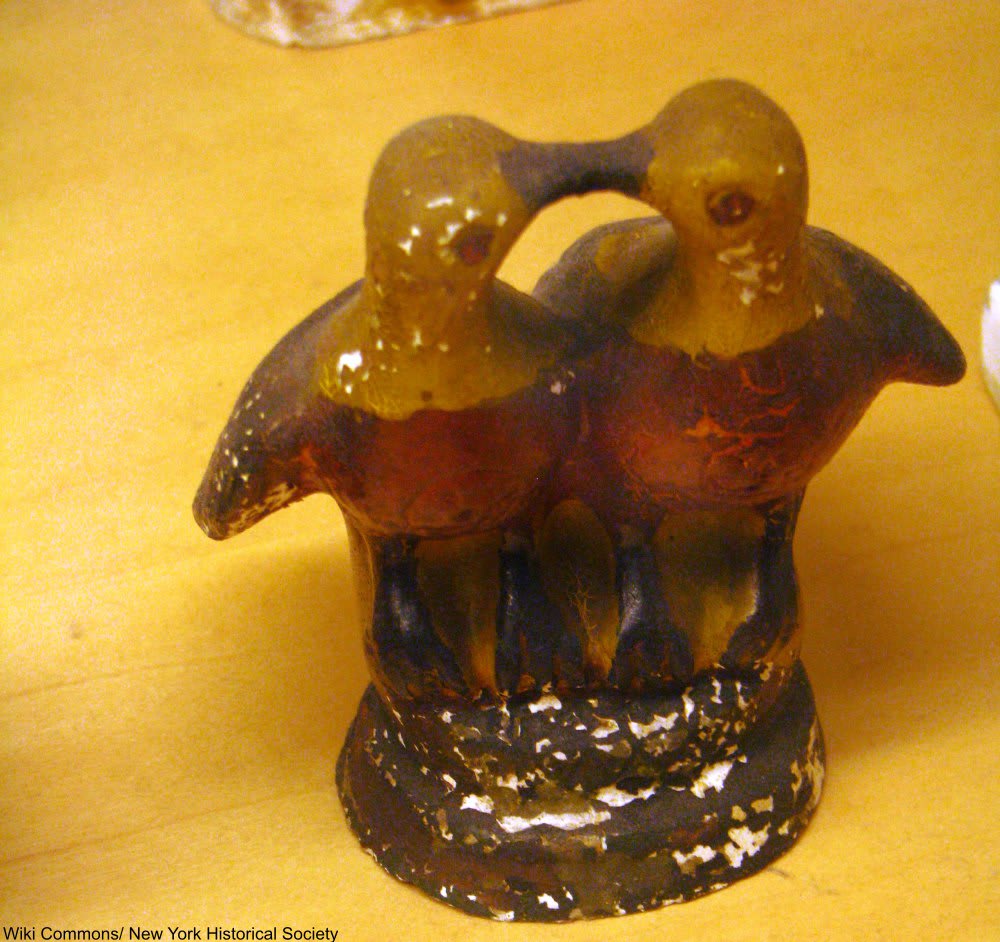 Designs were often in imitation of Staffordshire style ceramics, an English product that only the well-to-do could afford. Chalkware is sometimes called “poor man’s porcelain” as they were far cheaper to buy or make than imported ceramics.

The first known chalkware made in the 19th century in the U.S. was produced by German immigrants, many of whom settled in Pennsylvania. The Pennsylvania Dutch created a variety of folksy chalkware figures, often with a seasonal or animal theme, sometimes in unexpected colors.

Around 1900 a market for these homegrown creations was born, as the cost of fine ceramics was still quite high for the average family. Sometimes these inexpensive items were sold door to door by peddlers. In the 1920s a collector’s market arose for these primitive designs, which in turn may have influenced the commercial production of chalkware items.

Beginning in the 1930s mass produced chalkware figurines and decor items were given out as carnival prizes which further solidified their place in American decor. These carnival pieces are often mostly airbrushed, with only the small details painted by hand. 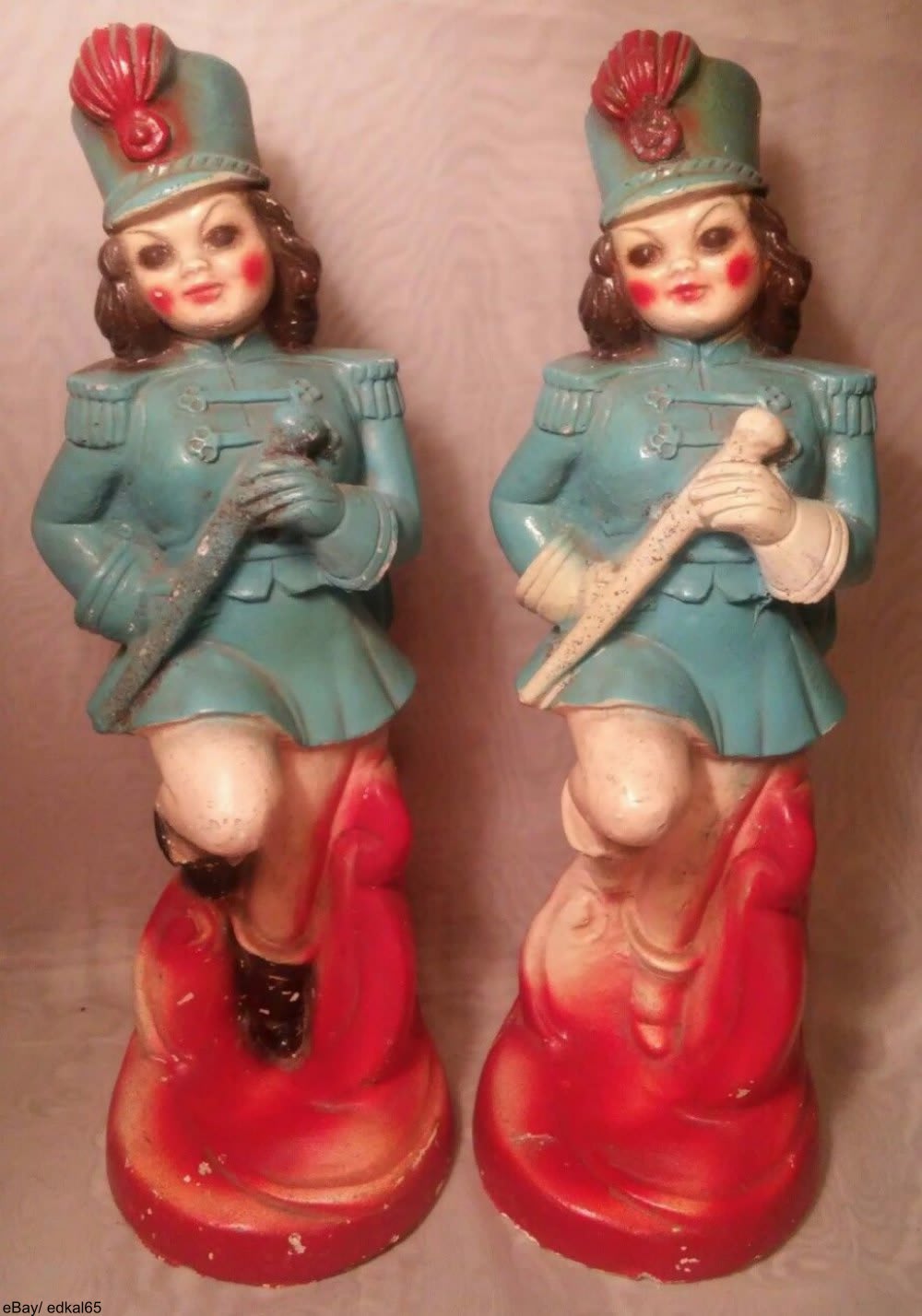 Flash forward to the years following World War II when mass produced chalkware again made its mark as a cheap way to add some color to the home. The ravages of war meant fewer ceramics were coming out of Europe. The art of chalkware designs really boomed in the 1950s and early ’60s when TV lamps and ornate multi-mold figures came on the market. 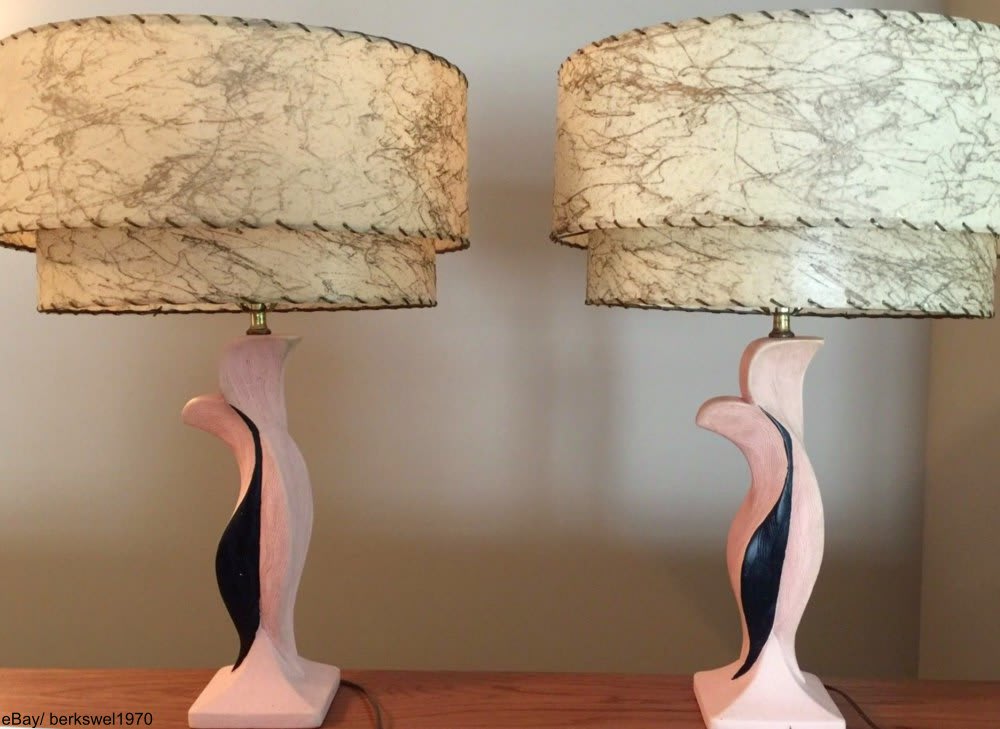 The kitschy patterns and outrageous colors of post war chalkware that we are familiar with today are highly indicative of the era. Sadly, chalkware items were displaced when ceramics became more affordable in the late 1960s. At the same time, consumers were looking for more durable homewares and chalkware, so easily chipped and flaked, no longer fit the bill.

Antique 19th century folk art chalkware pieces can sell for prices well over $1,000, though many sell for much less. As with any antique, subject matter and provenance greatly influence the pricing. Some of the most valuable pieces of 19th century chalkware are not in great shape, but that is to be expected for these items.

More common items of carnival chalkware from the early 20th century can sell for as little as $10, while rare pieces (like World War II themed chalkware) can sell for hundreds of dollars. 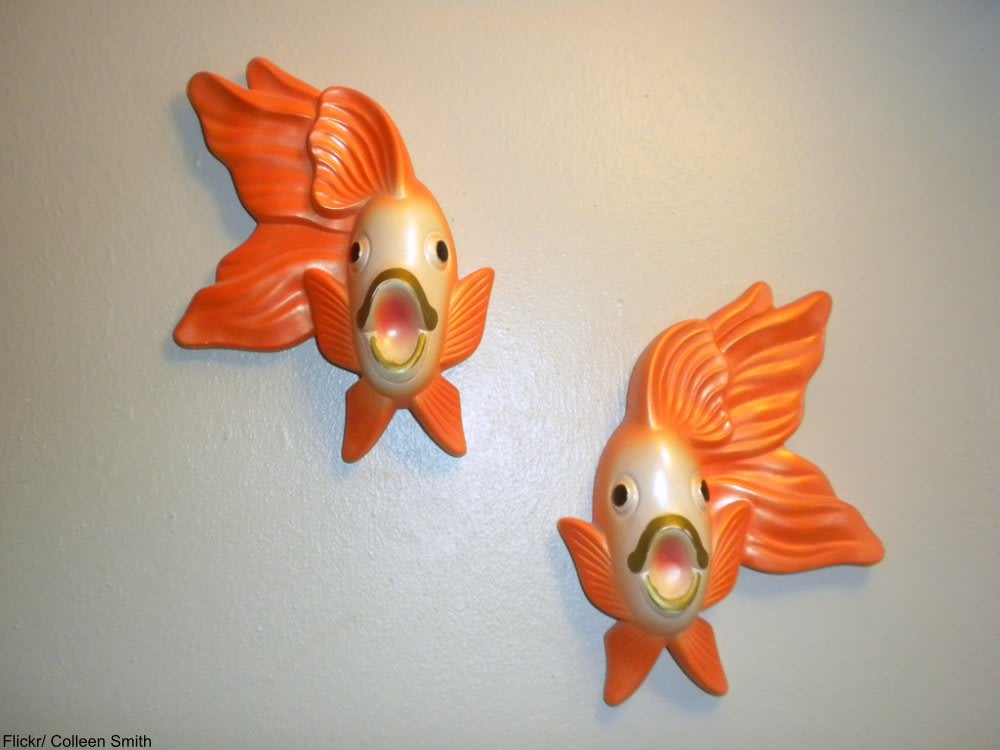 Pieces of chalkware made between 1950 and 1970 often sell for similar price ranges to their carnival counterparts, save for chalkware lamps which usually command much higher prices.

If you have beloved chalkware pieces, don’t worry about chipping and never clean them beyond a light dusting, as their fragile out layers of paint can come off easily. The older a piece is the more chips it will have and that’s normal for these collectibles.