This Abandoned Flintstones Theme Park In Arizona Is Eerily Nostalgic

The first appearance of The Flintstones took place in 1966 and has been a remarkably popular franchise ever since. From toys, to clothes, to even theme parks, The Flintstones really had it made and both adults and children alike loved this show. Most of the Flintstone-themed theme parks have closed down for good, except one that is still open to the public. 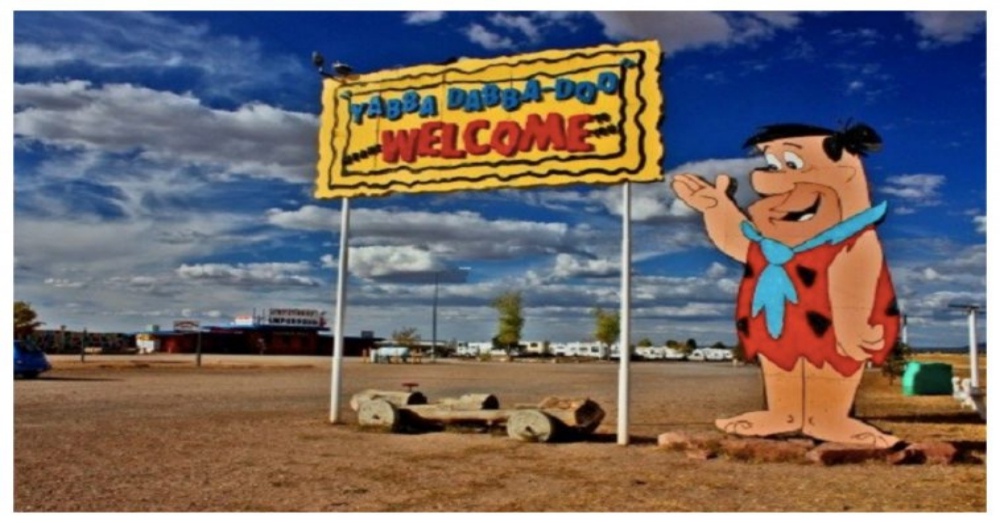 This one is right in the middle of the Arizona desert and it’s known as the bedrock ghost town- because it is literally a ghost town! All of the attractions, buildings, and houses are still standing and in pretty good shape. However, it can get a bit creepy.

The theme park is opened to the public throughout the year, but no one really goes there anymore. It’s mainly used as a rest point for RV’s and campers on their way to the Grand Canyon. Despite this, tourists do still show up here for a taste of good old nostalgia. What makes it super creepy? The soundtrack still plays every single day whether people are there or not.

Because of the location, the theme park began winding down and becoming less popular. As a result of this, employees were laid off and since then it’s become more of a “theme town” than anything. The 20-acre property is listed for sale for a price of $20 million.

The theme park, although deserted, still conjures up a great deal of nostalgia for old Flintstones fans. The brightly colored houses still appear as if they were made of stone and visitors can walk through them at their leisure. You can also catch a glimpse of your favorite characters in their original statue form throughout the park. The original cart that was used by Fred and Barney to get to work (pictured above) is still there today and is operated as a tourist train.

Theme Park Continues on Next Page