Five Guys Wants Customers To Complain About Its Fries

Most players in the food industry want to avoid complaints whenever possible, but that isn’t the case with Five Guys. If you’ve ever had an opportunity to get French fries from the establishment, you’ve probably seen how they spill out into the bag and overflow everywhere. They don’t ‘supersize’ your order, that is just the way every order of fries should be. One of the founder’s sons even admits that if you aren’t complaining about the size of the fries you receive, they are not doing their job right.

The founder of Five Guys, Jerry Murrell had four sons, hence the name of the restaurant. They have a reputation of taking good care of their patrons with both food and service. At this point, more than 1,300 locations of the burger chain can be found worldwide. When one of the sons, Chad, spoke with Food Republic, he explained why they are so interested in hearing you complain about the fries. 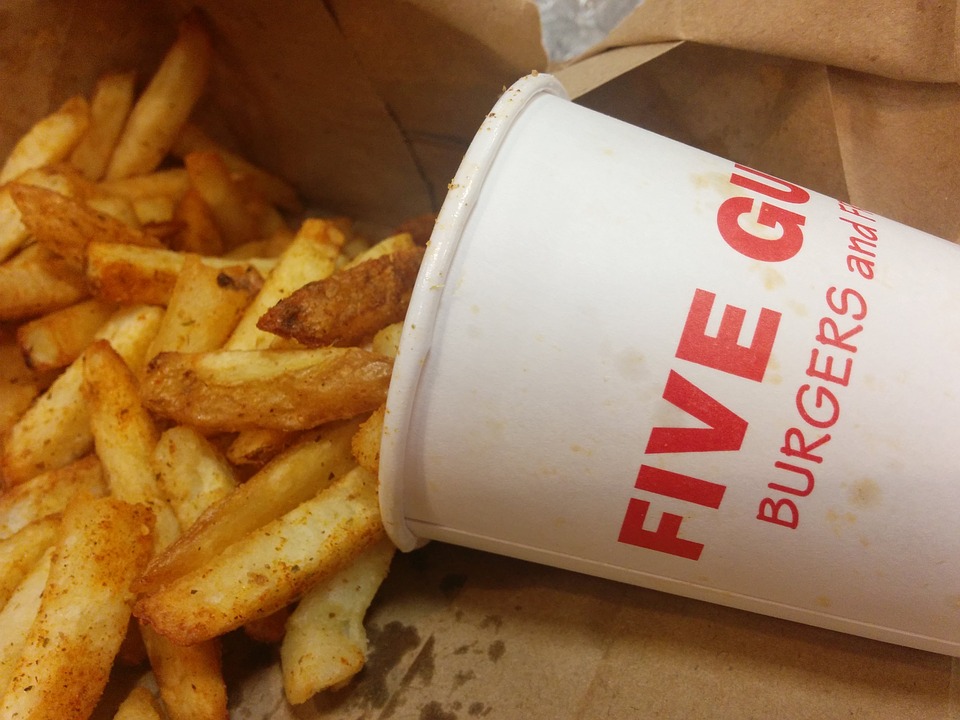 They don’t expect to learn anything when you complain. Rather, they are proud of the taste and quality of their fries. Over 140 million pounds of potatoes from Idaho are used every year by the establishment. In other words, they use more than 5% of the potatoes grown in Idaho and they make incredible fries out of them.

In every Five Guys location worldwide, employees will cut the potatoes by hand and soak them in water to remove starch. “You need to blanch the fries to rinse the starch off of them or else the outside will burn up before the inside cooks. It used to take two hours to aggravate them enough to get rid of the starch, but now we’ve got it down to a three-minute power wash,” Murrell told Food Republic.

They also use pure peanut oil when they fry their potatoes, so you won’t have quite as much trans fats or preservatives as you will in other fast-food french fries. Although they do their best to make the fries healthier, they are not healthy and Five Guys has been rated as having the unhealthiest order of fries in the United States.

You might be wondering why they don’t just give you fewer fries. Five Guys packs their fries into a 24 oz cup so they already give you more than the competition. Murrell sums it up nicely when he says, “I won’t name names, but other restaurants just don’t give a satisfying amount of fries. We always give an extra scoop. I say load ’em up and make sure they get their money’s worth,” Murrell says. “[Some] people complain that they get too many fries. I just tell them to make hash browns with the leftovers. I teach my managers that if people aren’t complaining, then you’re not giving them enough.”