We often think of the plague as something which only happened to people centuries ago. But, did you know that the first plague within the United States didn’t happen until the 20th century? What’s more, officials responded by trying to cover up this severe threat to public safety. What’s more, this fascinating history happened alongside what would be one of the most relevant plague discoveries until the invention of antibiotics in the 1940s. 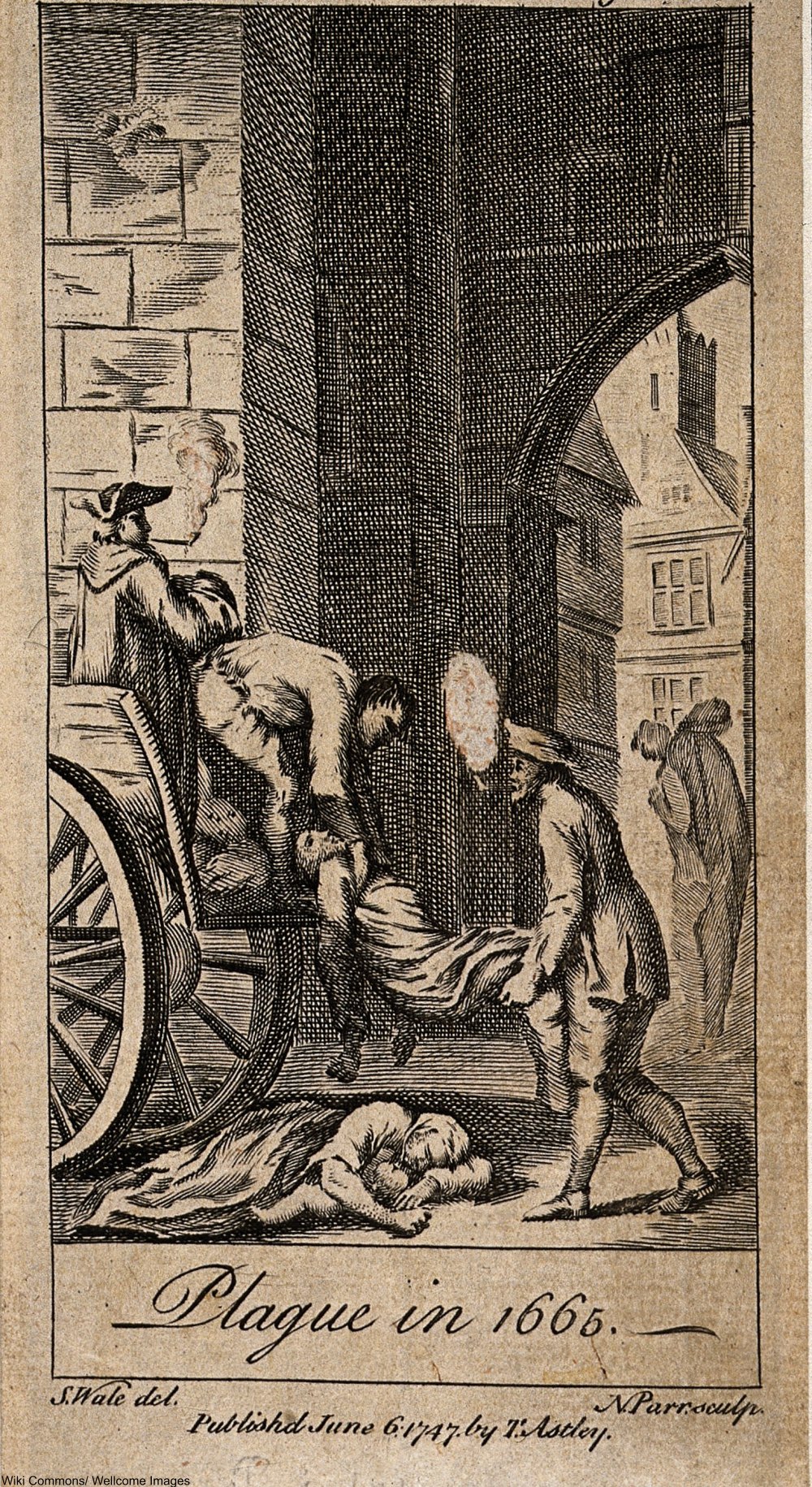 There are three different types of plague. All are caused by gram-negative bacteria, yersinia pestis, which causes an often fatal infection in humans. Yersinia pestis is carried by the fleas, most of which live on rats. Both fleas and rats are highly mobile animals which thrive in large cities, which is part of why plague epidemics can be so widespread and deadly.

Bubonic plague lodges itself in the lymph nodes, causing swelling in the lymphs of the groin, armpits, or neck called buboes. These buboes are quite large and signal in an obvious way that the victim has the plague. Septicemic plague causes necrosis of tissue, often visible as black patches of skin (hence Black Death as one nickname of the plague).

Pneumonic plague adversely affects the lungs, creating a highly transmittable infectious mist when the victim coughs. This latter type is the most devastating as far as total number of cases since the disease can be mistaken for a less serious lung infection and the disease can spread far through transmission of airborne fluids.

There have been 3 main outbreaks in recorded human history and plague events can last for decades or centuries and can span the globe. The Plague of Justinian lasted from 541 to 700 and is estimated to have killed up to 25 million people. The particular strain of yersinia pestis that caused this outbreak is unknown in modern times. 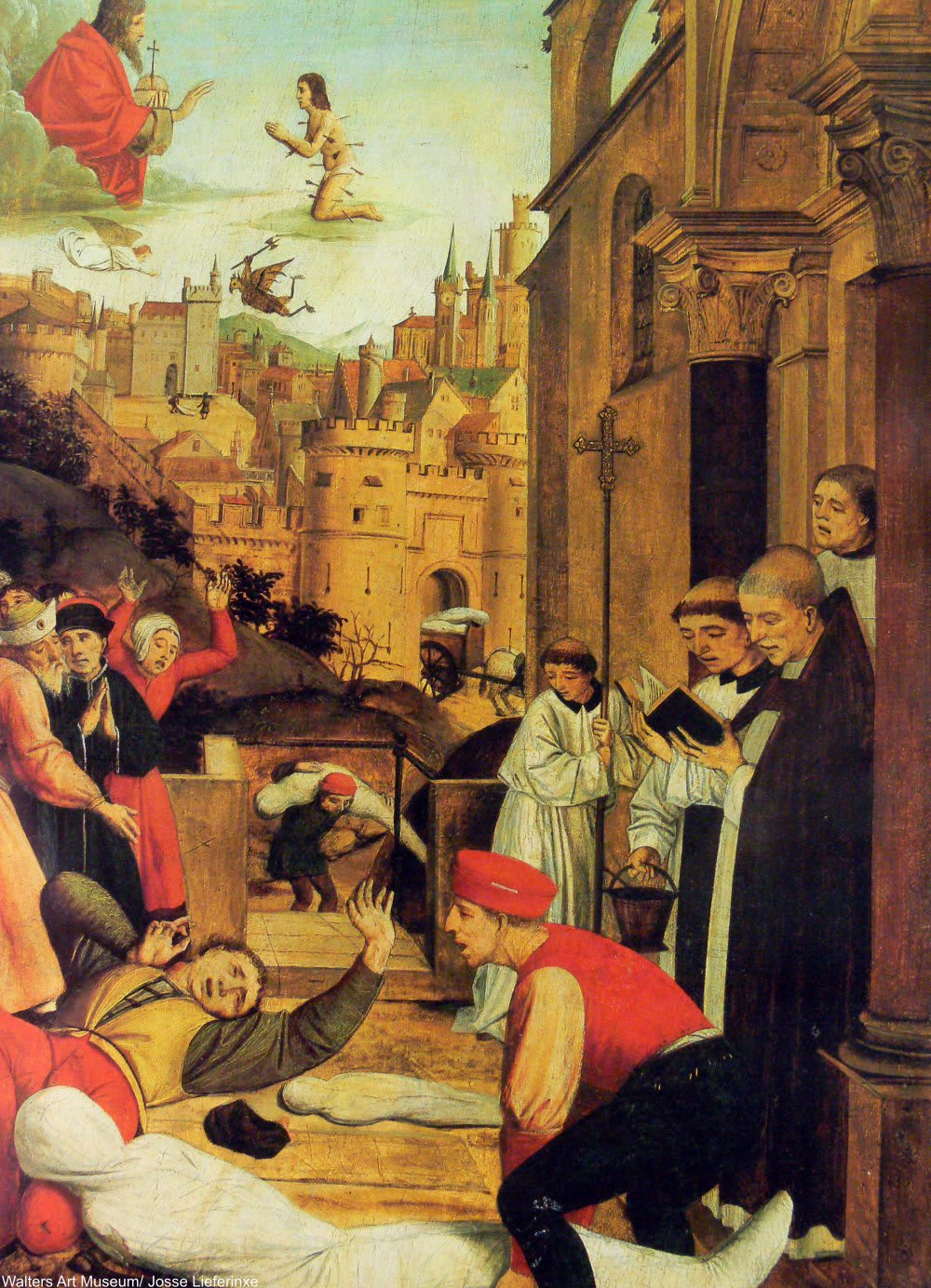 15th century depiction of the Justinian Pandemic. Via/ Wiki Commons

The second was the Black Death which haunted Europe from 1347 until the 1700s. In this catastrophe, the most massive epidemic in history, it is estimated that between 75 and 200 million people perished. While the worst of the plague happened quickly from 1341 to 1351, the plague lingered on in many parts of Europe in the 18th century. The estimated death toll varies wildy depending on how the plague is calculated in length but at some figures half of the European population killed by the plague. 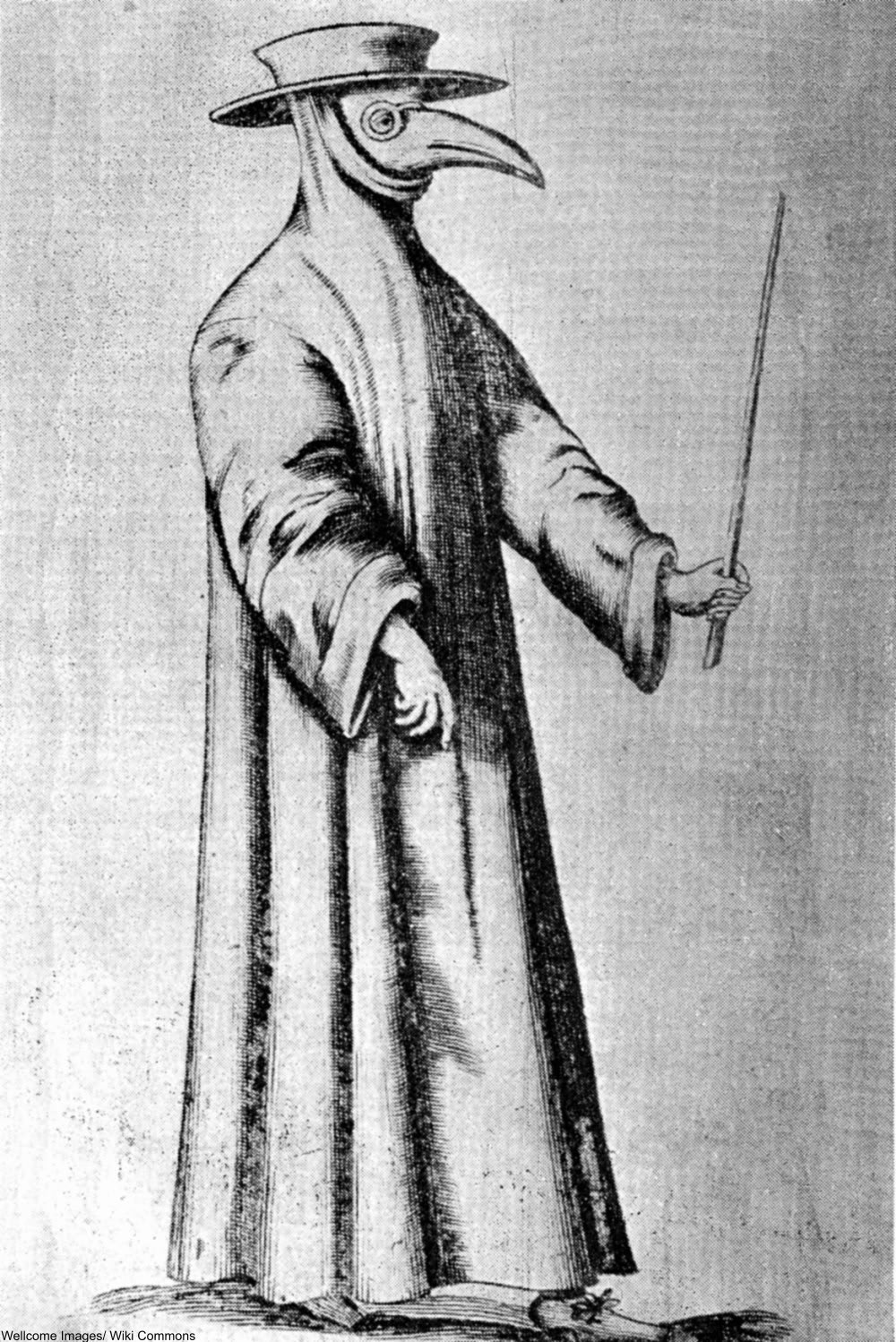 The second was the Black Death which haunted Europe from 1347 until the 1700s. In this catastrophe, the most massive epidemic in history, it is estimated that 75-200 million people perished. While the worst of the plague happened quickly from 1341 to 1351, the plague lingered on in many parts of Europe in the 18th century. The estimated death toll varies wildly depending on how the plague is calculated in length but at some figures half of the European population killed by the plague.

In medieval times bad odors were thought to carry the plague so plague doctors would wear masks filled with herbs and flowers in an effort to “save” themselves from infection.

The third wave of the plague began in 1855 in China. Remnants of this outbreak are what caused the United States to encounter the plague for the first time, an infection we are still dealing with in small numbers due to infected fleas, rats, and other animals which carry yersinias pestis to this today.

In the Yunan Province the plague spread slowly across China, ending up in Canton by 1894, where its victims were multiplied exponentially. Inside a few months of 1894 the Third Pandemic of the plague killed 60,000 people in Canton and 100,000 in Hong Kong. 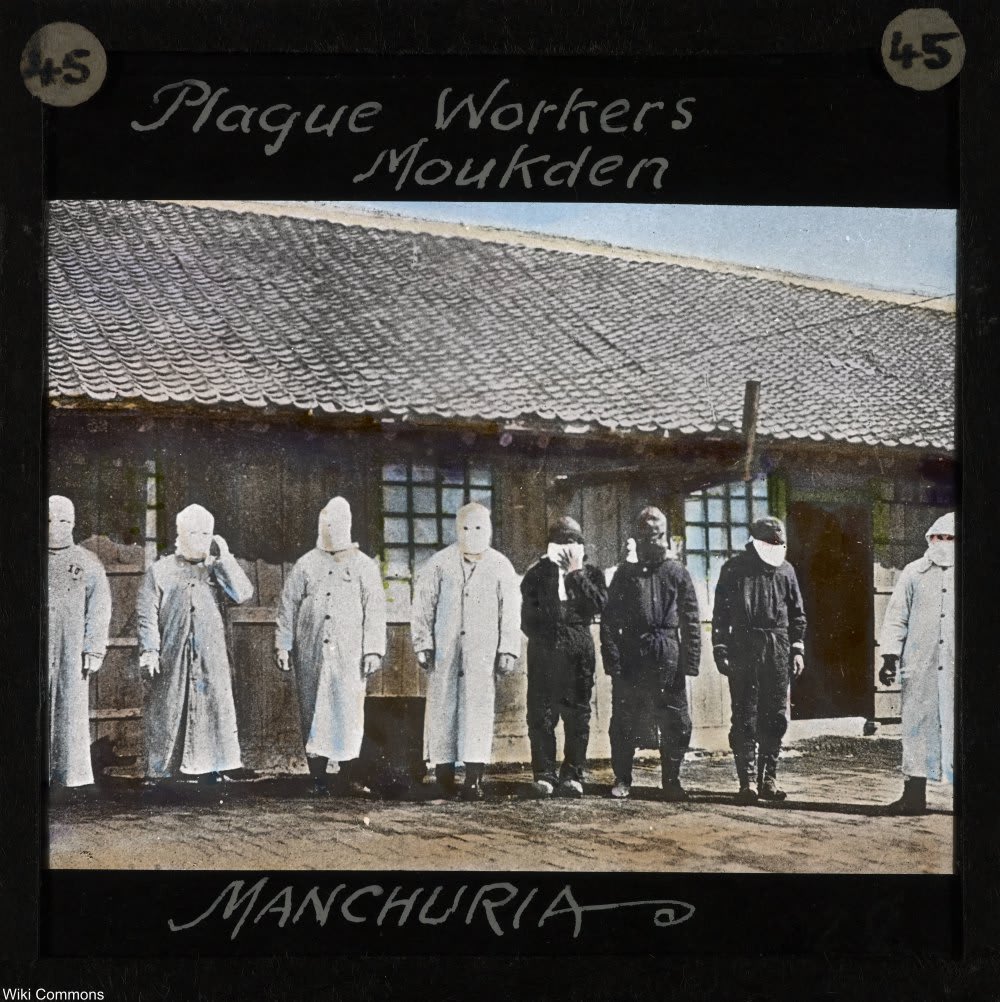 It was in 1898 that a doctor, Paul Louis Simmond, finally figured out that fleas were actually causing the plague. Sadly, Simmond’s ideas were not widely accepted at first and campaigns of personal hygiene were ineffective at containing the plague. Infected fleas live on rats and use them as inadvertent sources of transportation, although fleas can live for months inside grain stores, clothing piles, other commodities and infect humans through their bites.

As part of this Third Pandemic, the plague cases in the continental U.S. were found in San Francisco in 1900 after the ship, The Australia, had recently docked, with quite a few stowaways reported. The liner had passed through Hawaii, where the plague was known to have been a concern in the Chinatown of Honolulu. Fires to burn to the homes of infected victims raged out of control and destroyed the whole neighborhood.

Anti-Chinese sentiment was strong and so when a Chinese immigrant was diagnosed in San Francisco, the Chinatown there was put on lock down and homes searched in order to ferret out the suspected cases. Chinese persons were ordered to stay within Chinatown, while whites were allowed to move freely. Improper quarantine didn’t help contain the plague and residents of Chinatown felt singled out. 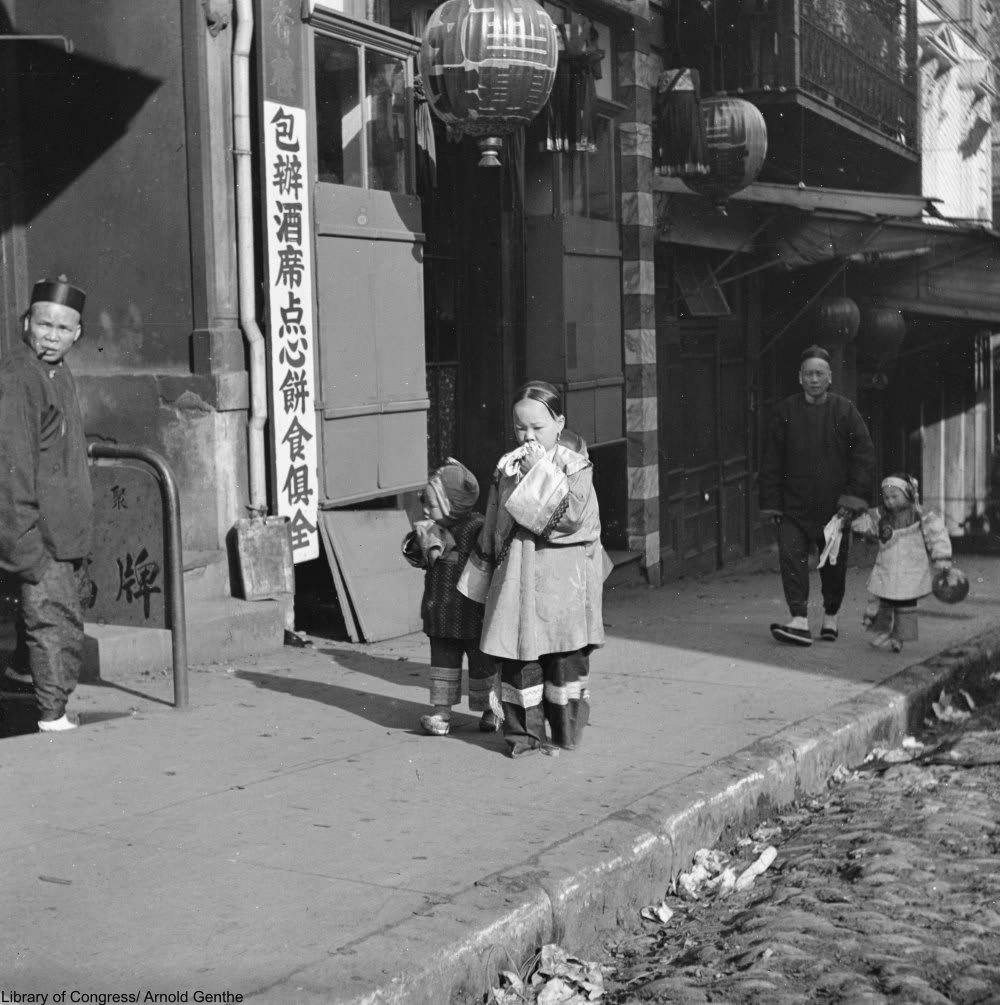 At the same time, the Governor of California, Henry Gage, refused to take the proper steps to mitigate this public health crisis. Instead, the hope had been to find the plague victims and then pretend the whole thing never happened. It wasn’t until 1904 that a newly elected governor addressed the issue of plague in California, by which point much trade with Californian vendors had declined because of plague rumors. 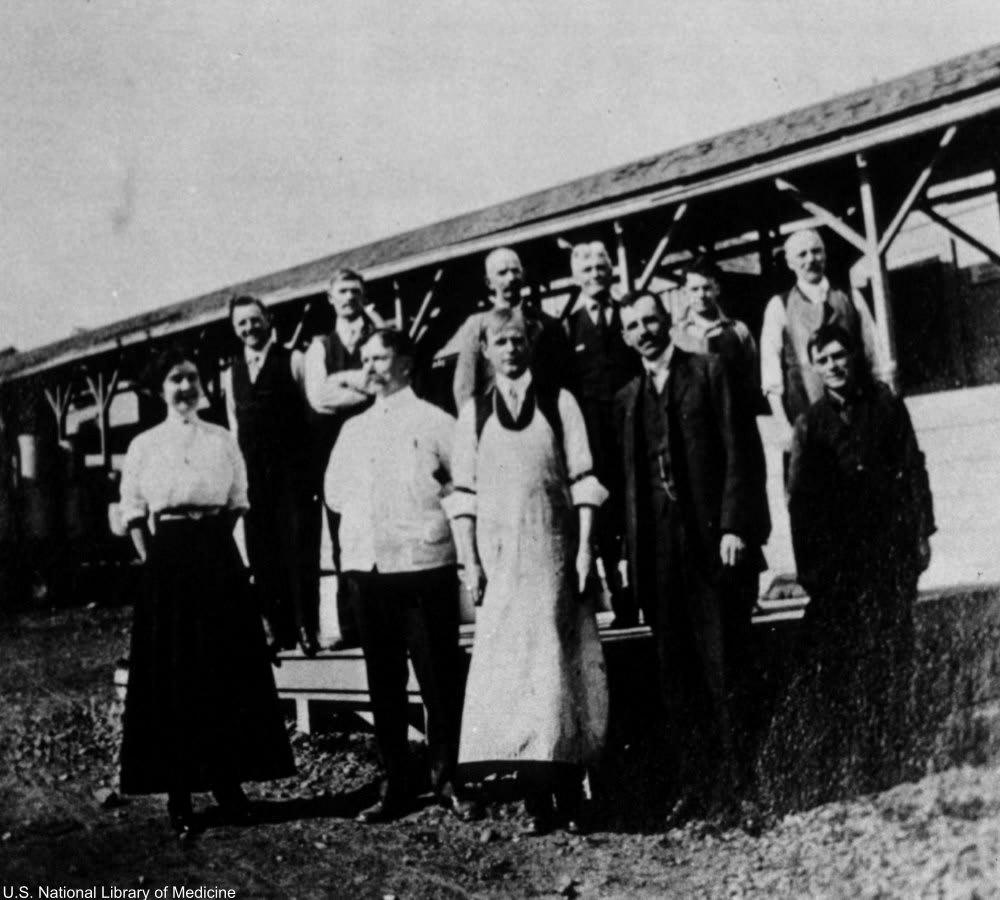 In San Francisco from 1900-1908 the plague claimed the lives of 190 people, a rather small number when compared epidemics of the past or in developing countries. The situation was under more control since sanitation and medical discoveries had changed the way health professional saw the plague. Antibiotics were still decades off, but the mortality rate was much lower in the U.S. during this epidemic. Strangely, plague vaccines have been in use the 1890s, but their efficacy has never been proven in any measure and certainly not on a wider scale like the vaccines for measles, mumps, or rubella.

The second wave followed a more dispersed pattern since the destruction of the 1906 Earthquake had left much of the city destroyed. The second outbreak was handled much differently and wasn’t swept under the rug. By this time the flea theory had taken hold and rat populations were drastically reduced via extermination. 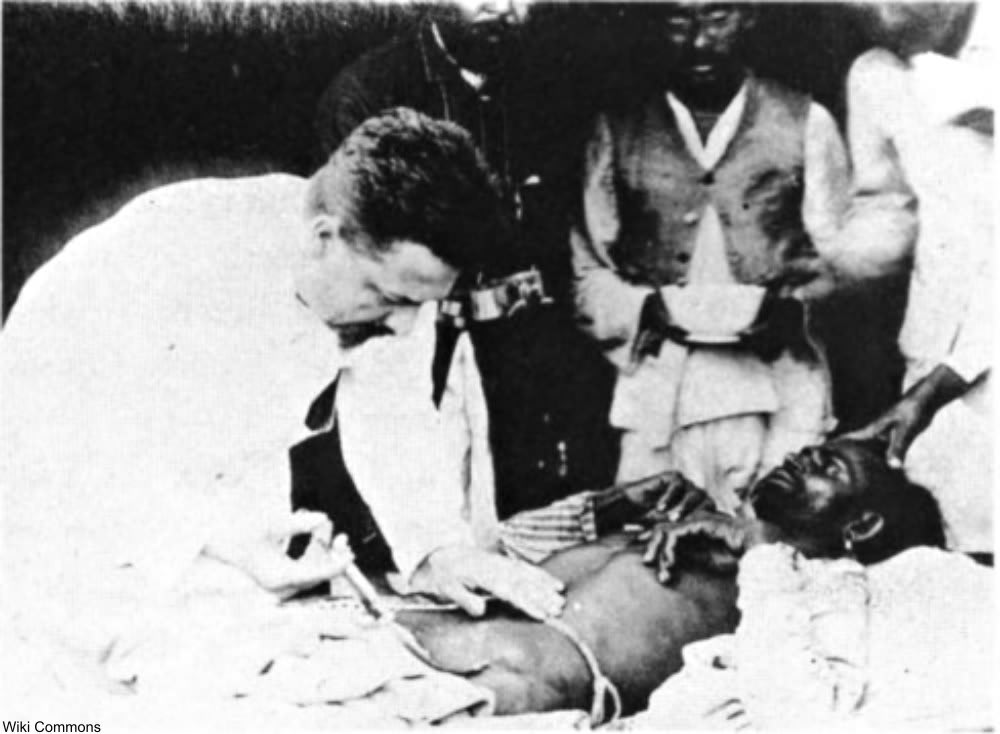 Paul-Louis Simond injecting a plague vaccine on the 4th of June 1898 in the Vishandas Hospital, Karachi. Via/ Wiki Commons

There is another reason this epidemic wasn’t worse: the type of plague was the pneumonic plague, which although it is more contagious from human to human, has a higher survival rate overall since those with the other types of the plagues most often die from it.

It’s chilling to think that just one century ago a major U.S. city was dealing with a plague epidemic. And, technically, the Third Pandemic was still active in Asia and India well into the 1950s, with around 12 million lives lost to the plague in the course of just 100 years.