The Fascinating History of the Silver Spoon

In the days before mass production, when even the middle class was a new phenomenon, anything made from metal was a treasure. Home goods and utensils were often made from wood and metal was reserved for locks, horsesshoes, and crucial wagon parts. But, in the colonial period a silver spoon was an incredibly practical item to own and had many uses – if you could afford one that is. 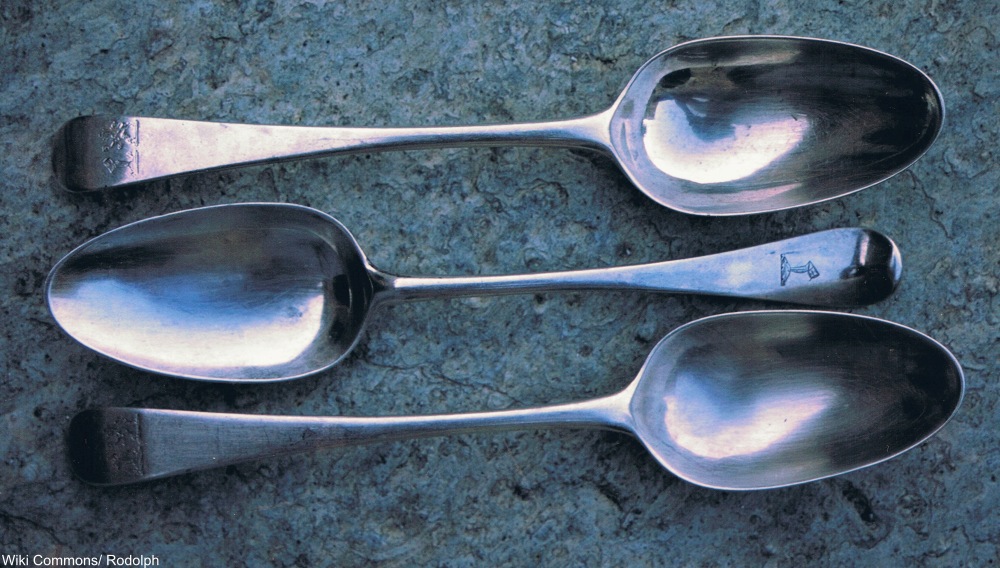 Spoons are some of the oldest eating utensils around, though there are many kinds across the world. Knives and forks were invented much later, and forks were not en vogue until the 19th century, leaving spoons to do the heavy lifting at mealtimes. While nearly all utensils of the lower classes would have been wooden (or in some cases bone, horn, or ceramic), there was great desire for something more stately and elegant.

In the 1600s silver spoons were carried around like a set of keys would be today – you were expected to bring your own utensils with you wherever you went regardless of what material they were made from. Place settings weren’t popularized until the 1700s when the money coming in from the colonies increased the standard of living for merchants merchants and other classes. 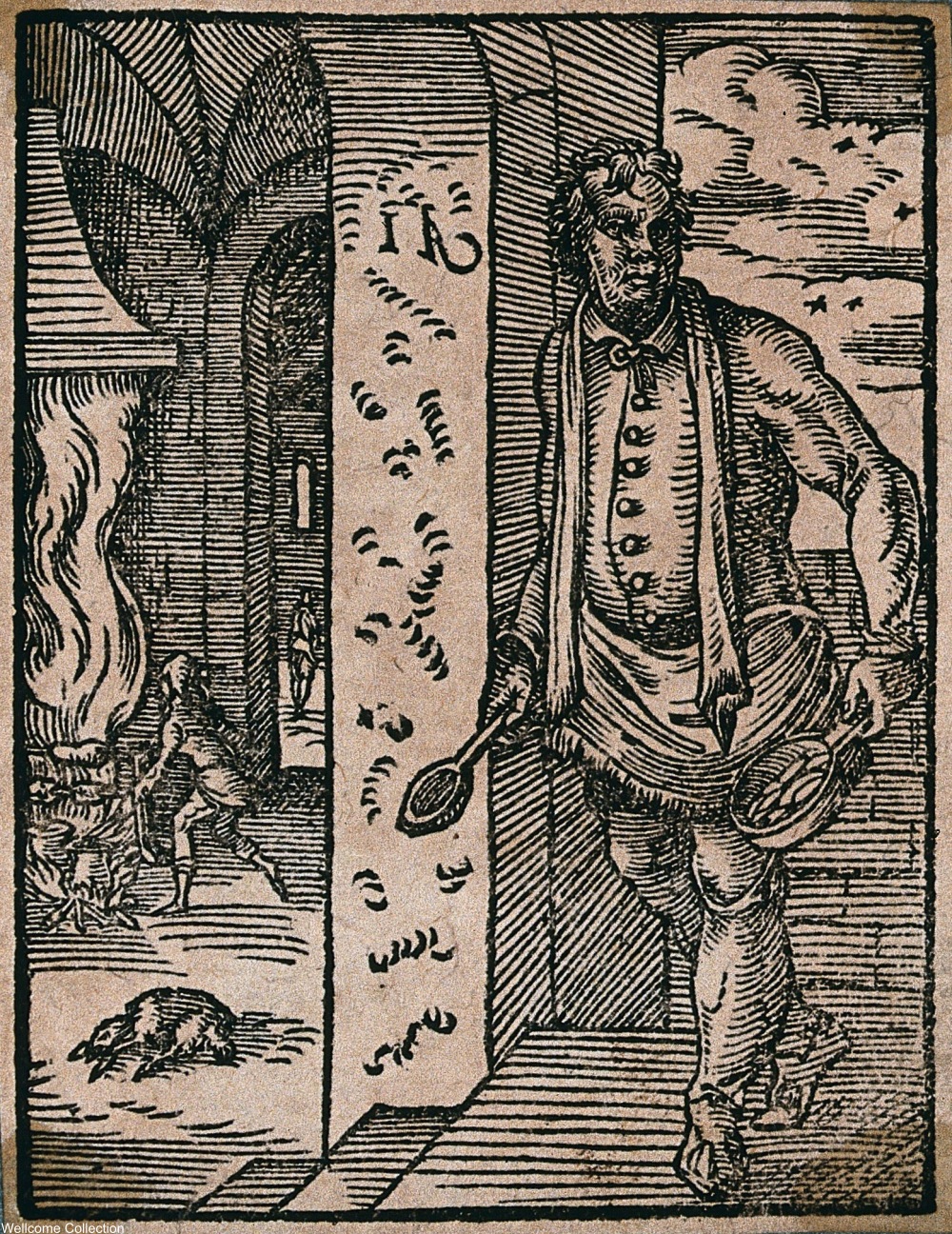 Cotton, coffee, sugar, tobacco and any number of other materials from far away lands were funneling huge sums of money into the pockets of the burgeoning middle class. For the first time owning a silver spoon was not out of the question.

And, there were many benefits to doing so. The silver spoon of a laborer, craftsman, or farmer (who might otherwise appear quite shabby regardless of wealth) would have had important connotations and proved that he wasn’t a fugitive or of the lowest class. In this case the silver spoon acted as a sort of passport in a time long before ID cards and registrations. 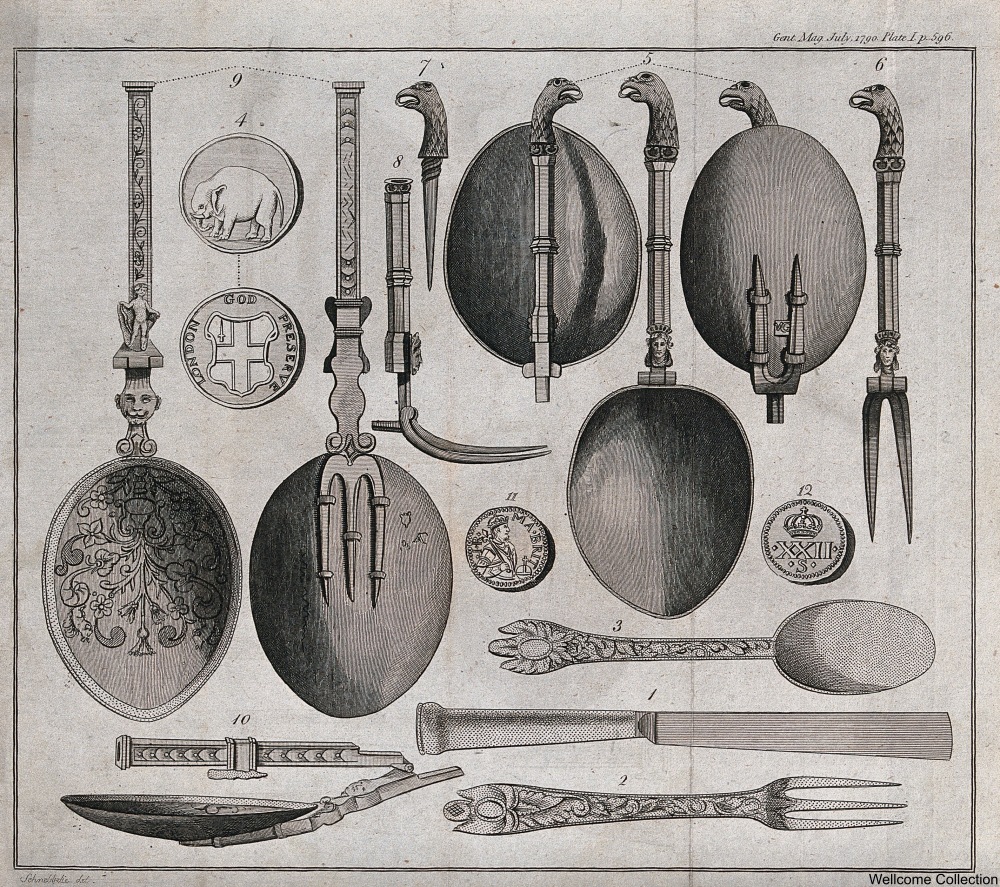 Silver spoons were also helpful in avoiding poisons as they would tarnish on contact with sulfur, arsenic, and other compounds. This was no small comfort in a time before major food regulation when testing for poison wasn’t even always possible.

Another benefit of sterling silver is the natural anti-microbial properties it possesses. They knew that silver could help kill some infections, so there was a general knowledge of the cleanliness of silver. Recent research shows that silver is so toxic to some bacteria cells that they can kill live specimens even after death. In the days before refrigeration a spoon of silver was much safer than one made of wood or bone.

Silver in general was also frequently part of a young woman’s dowry, but spoons in particular were extremely useful. To have a set of 6 for the bride’s future family to use would be a dream come true for a woman from a working class family. She would take these items of wealth to her new home and they were not unimportant utensils in the slightest. 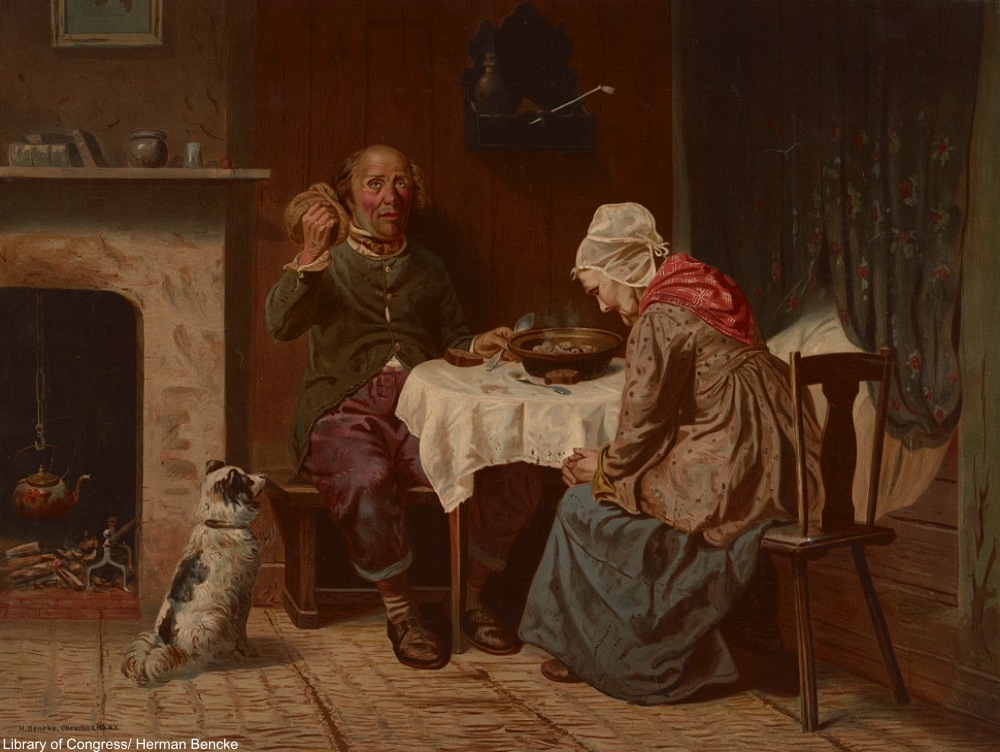 Silver spoons also came to be gifts that marked huge life events like birth or marriage, and that tradition of a sterling silver baby spoon continued well into the 20th century. The phrase “born with a silver spoon in your mouth” today can be an insult, but years ago was used to mean that your parents had at least attempted to start you out right. It meant that your family was not in abject poverty at the very least. This practice dates back to the 1600s when a lower class family might receive copper or bronze instead.

It wasn’t until the 19th century that entire sets of silverware in real silver became the status symbols we now know them as now, later to be almost universally replaced by stainless steel. The history of the silver spoon as keepsake, poison guard, dowry trove, and passport is quite an important one which puts the object in a new light.

The international history of Dutch doors: Click “Next Page” below!