Mourning Cards Were Once Like Tickets to Get Into Posh Funerals

There are comparatively few of the Victorian mourning and death rituals that we still follow today. While we still wear dark colors to funerals, gone are the days when a widow would spend years dressed in black.

The Victorians had a lot of ideas on how to show respect for the dearly departed, from covering mirrors and clocks with fabric to making sure that the best possible funeral was purchased, they had the notion that a funeral was the last chance to show someone that you cared. It was during the Victorian era that mourning cards caught on in a big way, one of the few little things we still do today to honor the dead in the same ways they did. 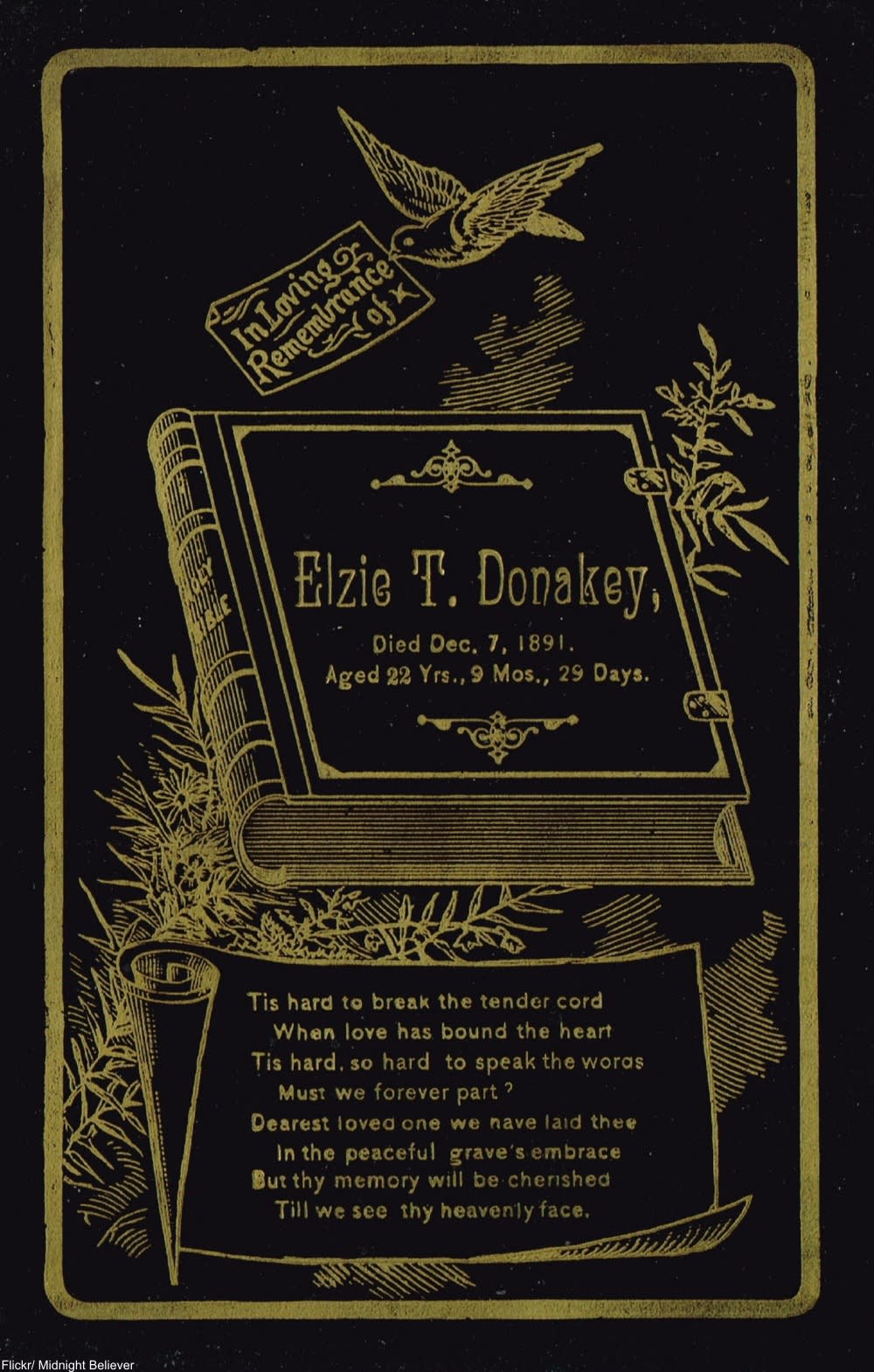 How They Got Started

There was a time when the upper classes showed their status through paper products. Fine stationary, calling cards, and later cabinet cards were the realm of the wealthy for many years. The Industrial Revolution caused a sharp increase in commercial processes, but they were still expensive in the 1800s. 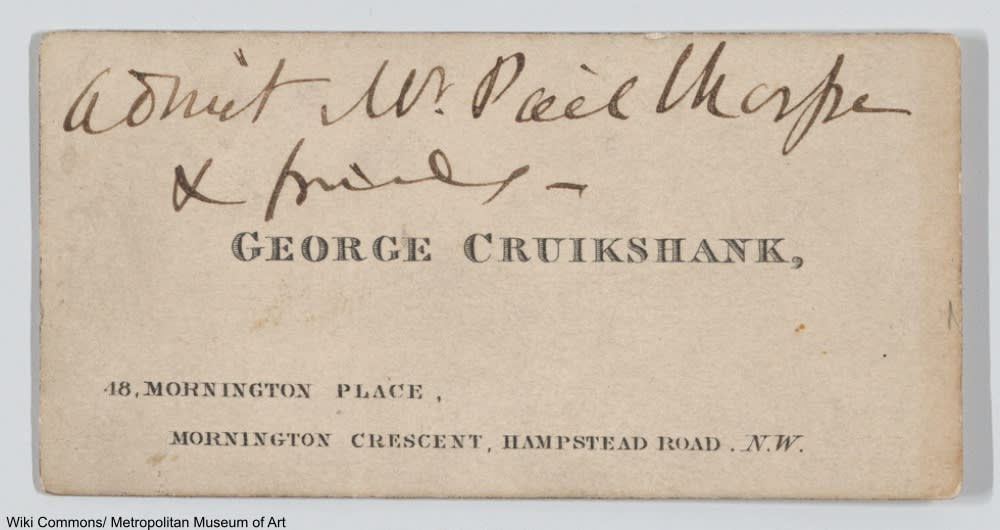 Calling cards would announce when a person was in town, how long they planned to stay, and if they were entertaining guests (and when)- all extremely useful things to know in the days before the telephone. The finer the card the higher your social status and these cards could be used to prove that you knew someone – useful in all kinds of situations. The process of using cards to memorialize a deceased person stems from the practice of using calling cards, both of which can be traced back to the 18th century. 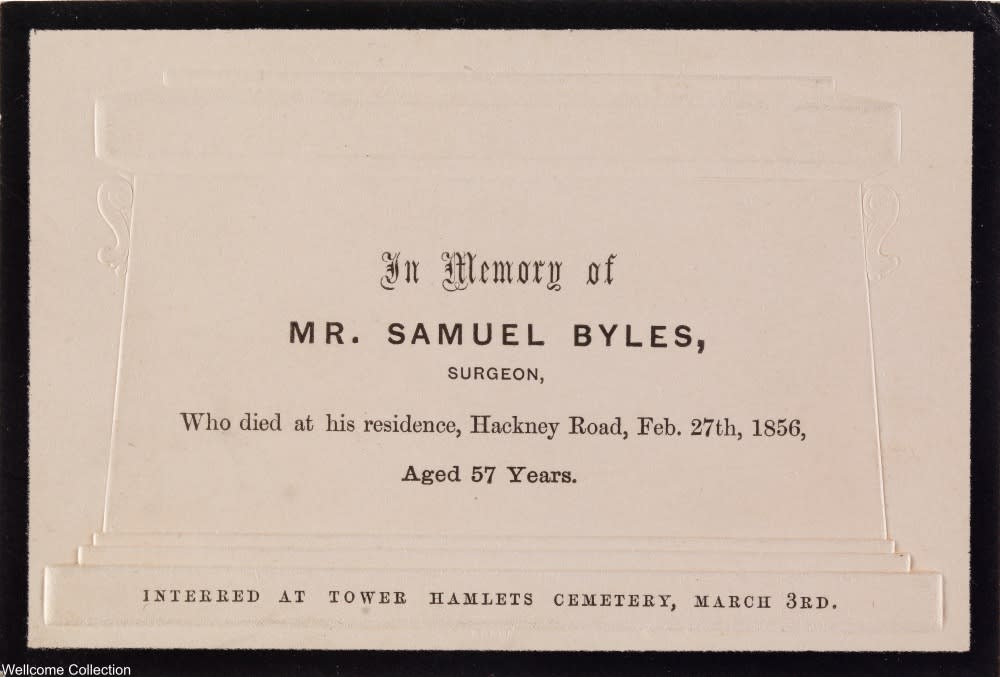 When someone died their mourning card served some of these same purposes. In death, status was still quite important. Mourning cards (also called funeral or memorial cards) were printed in classy designs, and later even had the departed’s photograph on the back. Cards could be embossed in gold, or they could be elegantly cut out in shapes like a Valentine’s card. The variation on mourning cards was huge and all of them were quite beautiful. 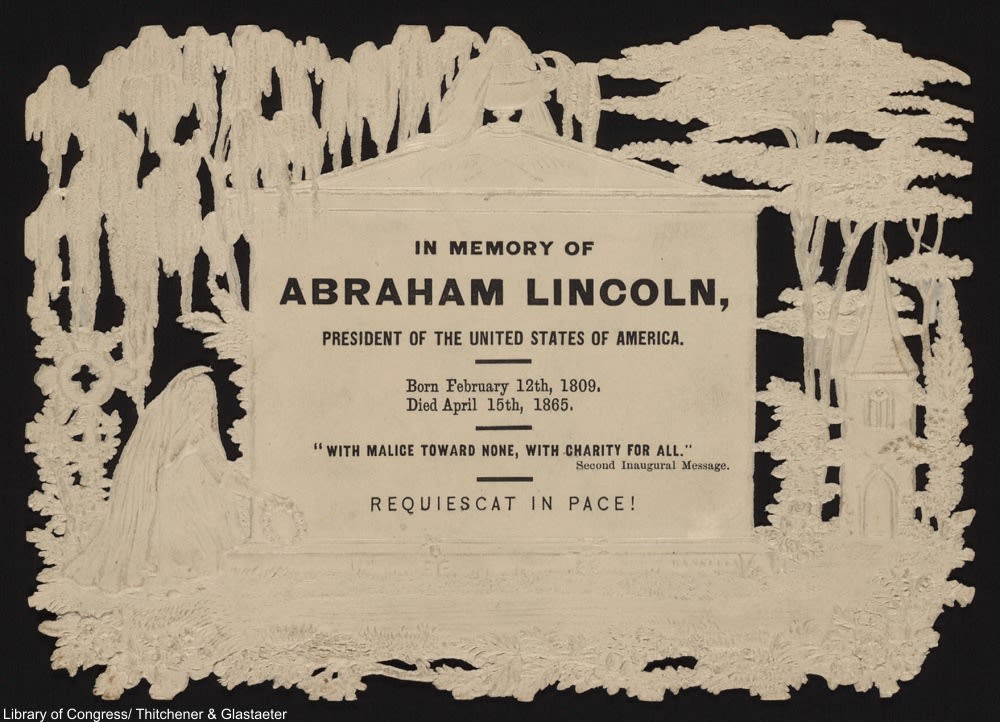 A mourning card was a sort of ticket to a high profile funeral. It was proof that you were invited and were close to the family of the recently dead. For large funerals of high status, the general public would certainly not have been allowed to attend. For highly publicized and tragic deaths like that of President Abraham Lincoln, the mourning cards were made up long after the funeral train had ceased its tour, because the nation was still in such a great shock.

For those of much more average social stature, the cards were printed as part of the funerary arrangements. 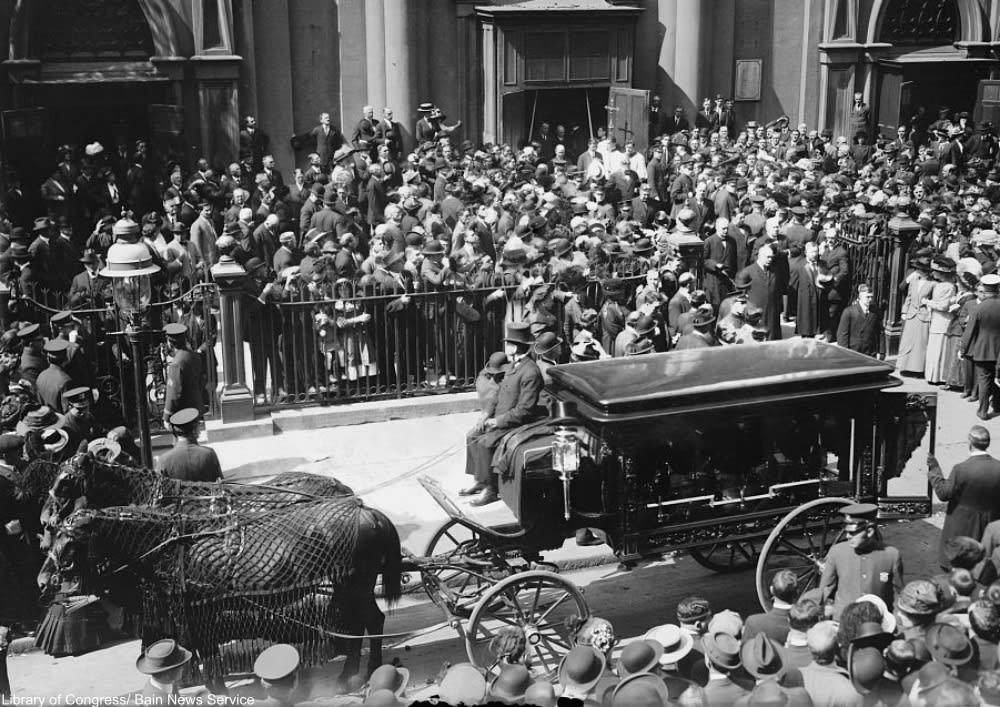 Then after the funeral was over, the card served as a memento of the person and of the occasion, with the date and place recorded neatly in print. 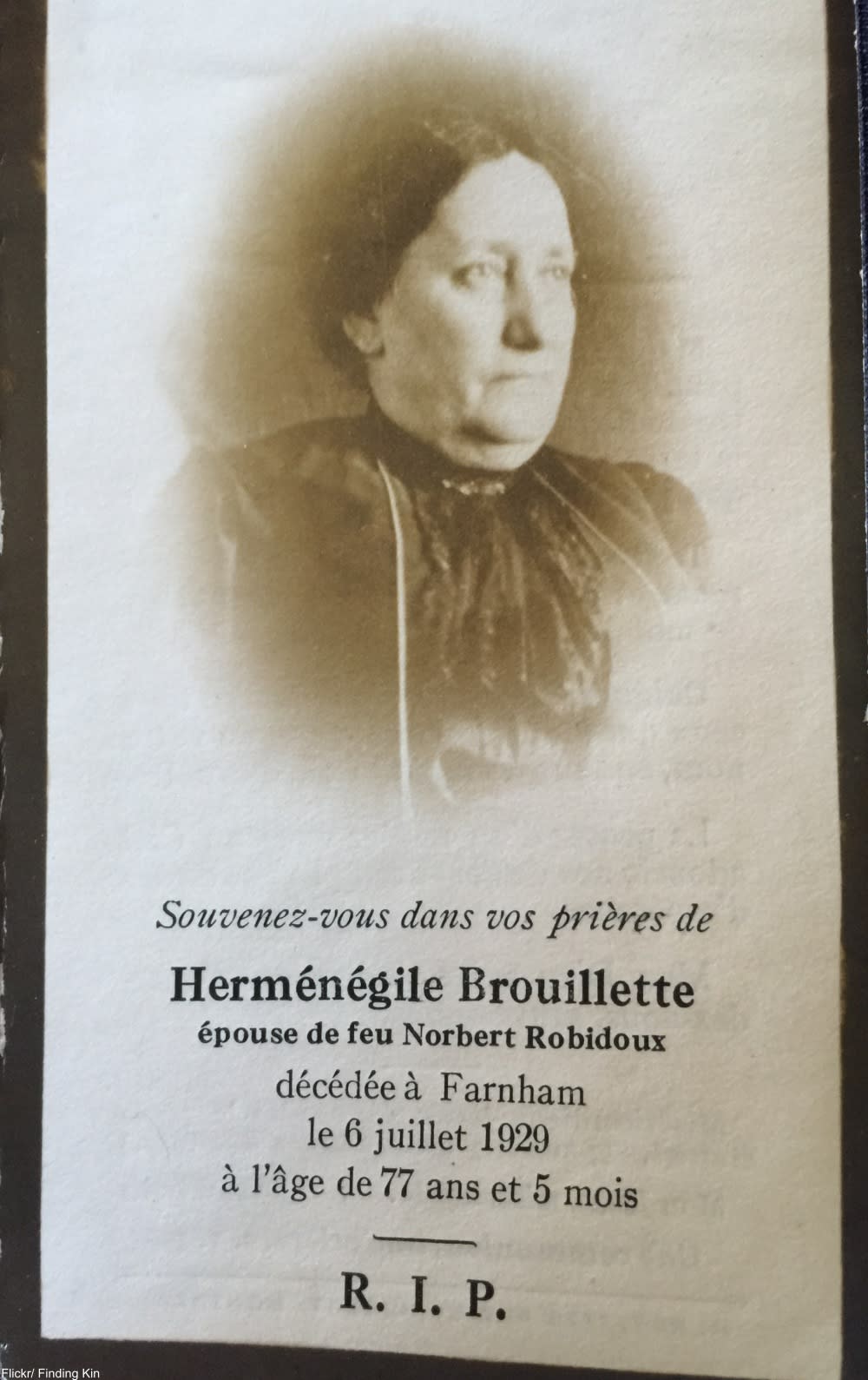 Today, funeral cards are still handed out, often as a sort of favor of the funeral instead of as a ticket. Funeral cards today are often much more personal than those in the 19th century were. Sayings, poems, scripture verses, or other anecdotes relevant to the life of the deceased can all be included. 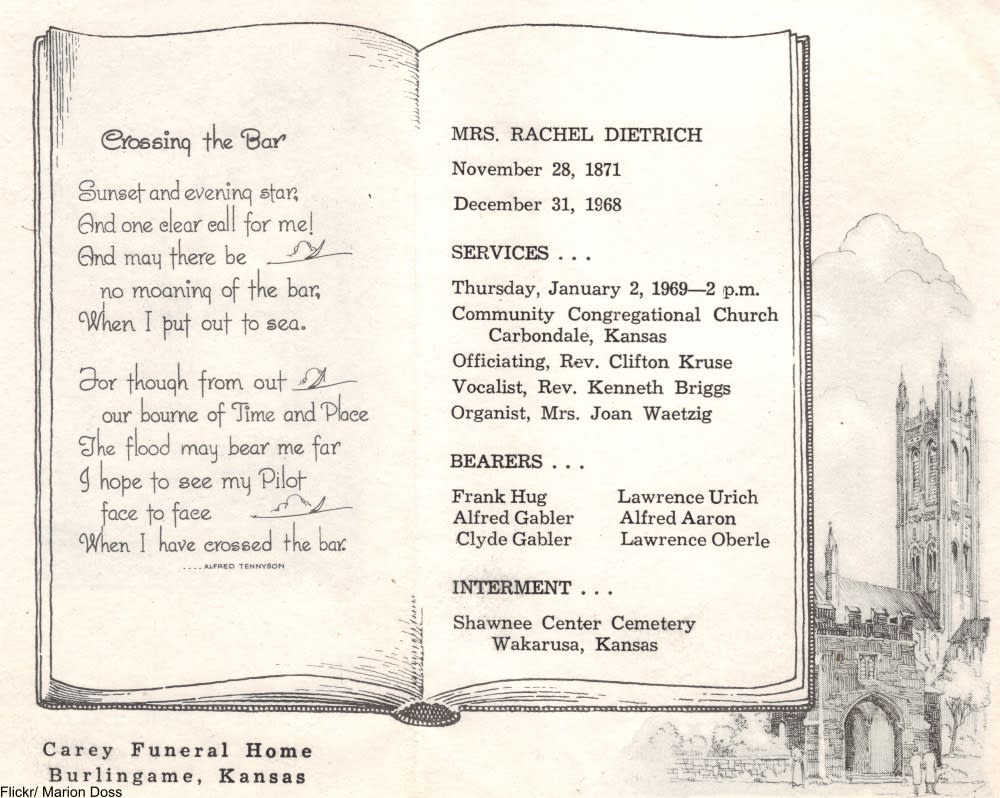 The cards are usually multi-colored and usually feature not only a photo of the departed, but also a rendition of their saint or that of namesake of their congregation. Today they are mainly used as a way to remember the dead, and their purpose as a ticket of sorts, or as a status symbol are largely gone.

Rather than contacting a printer directly, today mourning cards can be ordered online with a minimal amount of fuss and expense, proving that the custom has come beyond the trappings of status to mean something much more personal in the modern era.

While the cards themselves were made as early as the 1700s, today the old cards are collector’s items for their meaning and typography and charm. The cards can fetch quite a lot of money when the cards represent people of fame and power or extremely tragic deaths.

Victorian mourning etiquette explained in detail: Click “Next Page” below!