Family crests once held a special place in many families across Europe. These emblems would be carved into the stone of their mantles, or embroidered on warriors’ clothing before going into battle. More recently family crests have appeared on stationary and as signs on gates. Once upon a time a family’s crest might be altered to include the symbols from a family that married in. Or, they could tell of a family’s occupation. If you’ve ever done any family genealogy research then you may have come across some family crests in your family’s past. But, have you ever wondered what those crests mean? Here are some common crest symbols and how to interpret them. 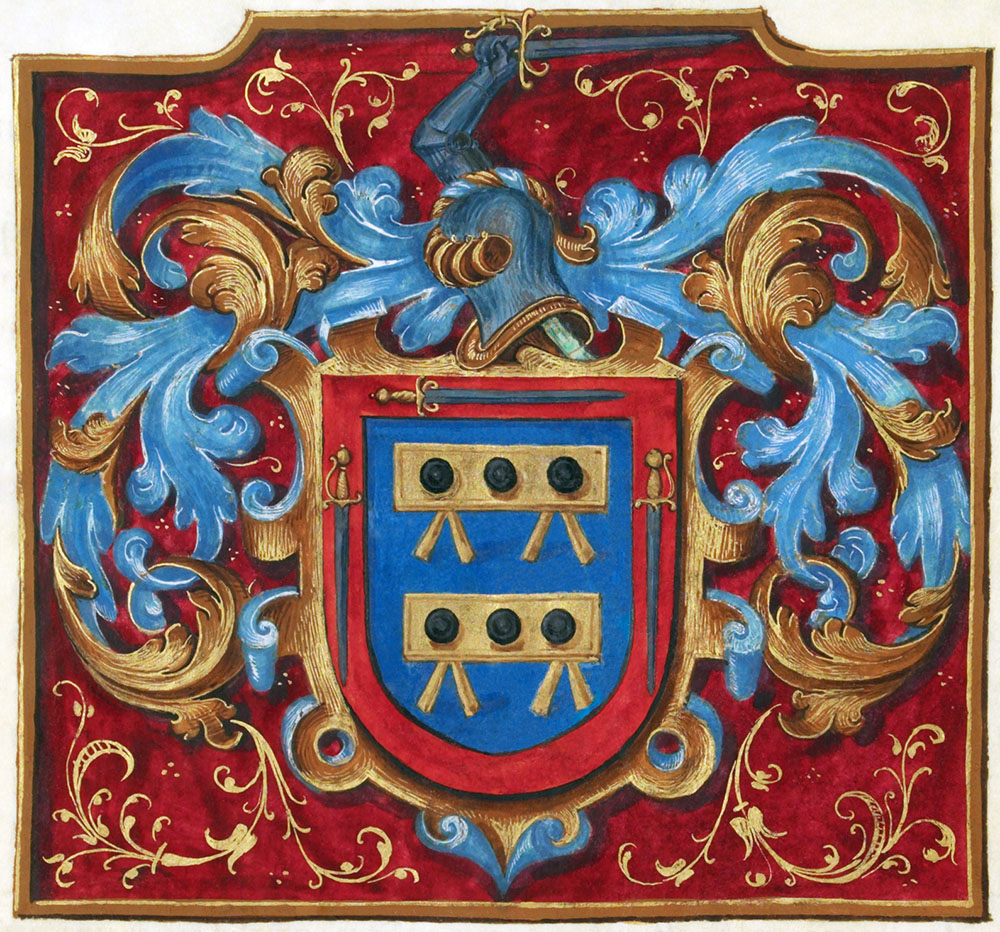 Coat of arms granted to Alonso de Mesa and Hernando de Mesa by King Philip II of Spain in the 16th century. Via/ Library of Congress

Heraldry designs were intended to be visible from far away and highly recognizable. For this reason there were strictures on which colors went together. There were basic background colors like red, blue, green, black, and purple. Then there were two metal colors, yellow for gold and white for silver.

Colors had meanings for each family.

There were also patterned backgrounds symbolic of animal fur. The most common were ermine (in black and white) and squirrel (in blue and white), but other fur patterns were also used. 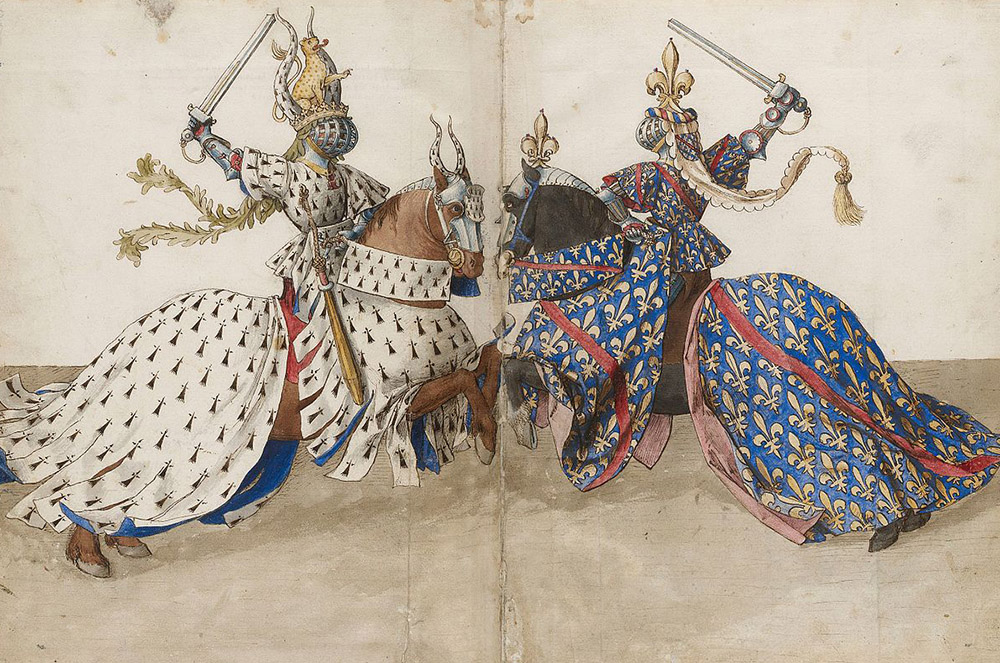 Two knights fighting, one dressed in ermine fabric (left) and the other in fleur-de-lis (right). Via/ Wiki Commons

The ordinaries of a crest were basic lines that could intersect, outline, or otherwise define areas of the overall design. Some examples are of charges are: 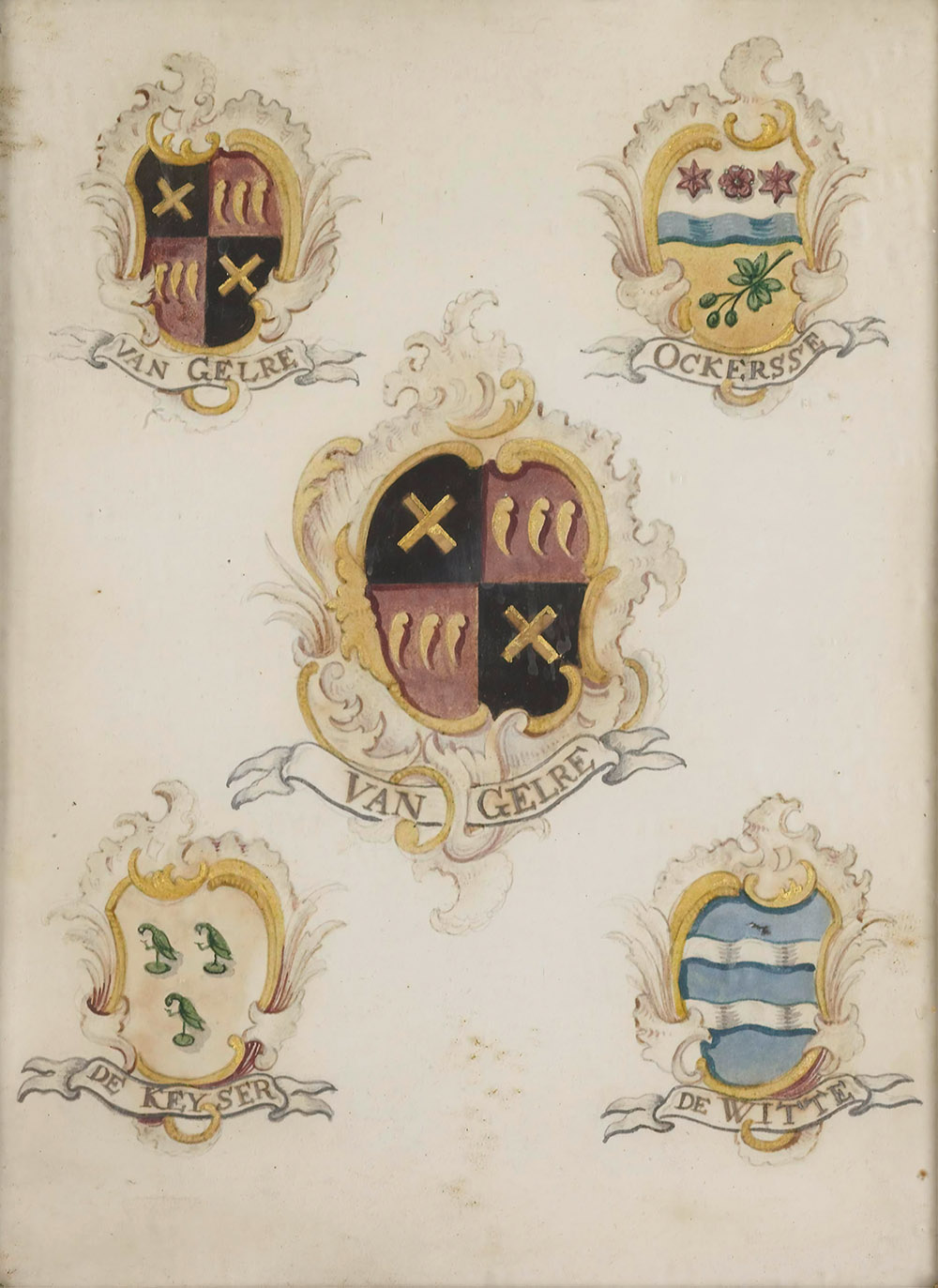 The crosses in these crests are the St. Andrews cross, also seen on the flag of Amsterdam. Wavy lines indicate water. These crests hail from the Netherlands. Via/ Unsplash

The way the lines or borders were formed also had meaning.

The general rule of thumb is that only high contrast color combinations were to be used. A white star on a yellow background, for example, would not have been common because it wasn’t high contrast enough. These symbols, also called charges, could be found on the background or the ordinaries of a crest. Crests and their symbols were granted by rulers and kings to families of influence under their reign. The images were sometimes often conferred to let everyone know about a job well done through the family crest. 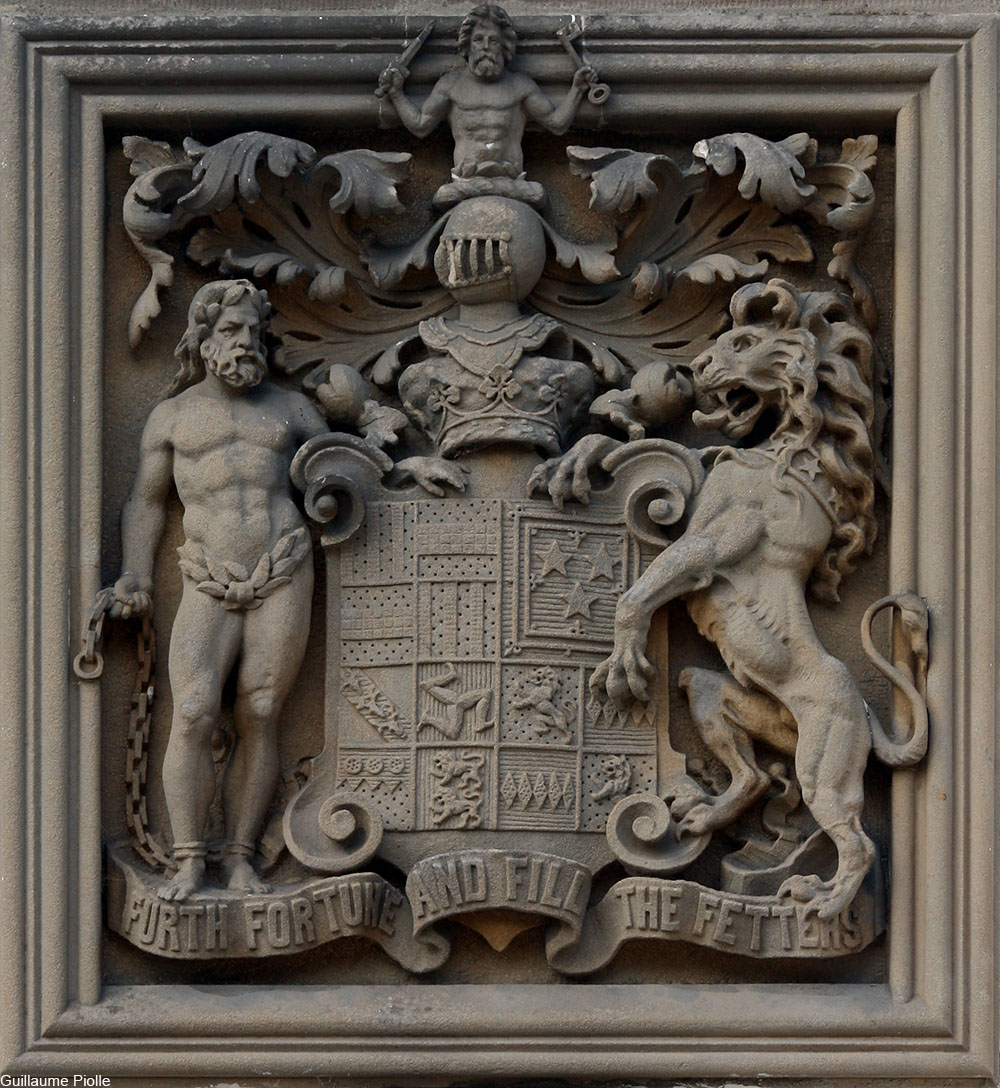 Family crest of the duke of Atholl carved in stone at Blair Castle, Scotland. Via/ Wiki Commons

Symbols used ranged from basic shapes like moons and tools to animals to fantasy beasts (like griffins and unicorns). Each charge has its own meaning. Tools generally indicate strong work ethic and/or a specific profession, while many animals indicate strength or fearlessness.

Some common symbols and their meanings are listed below. 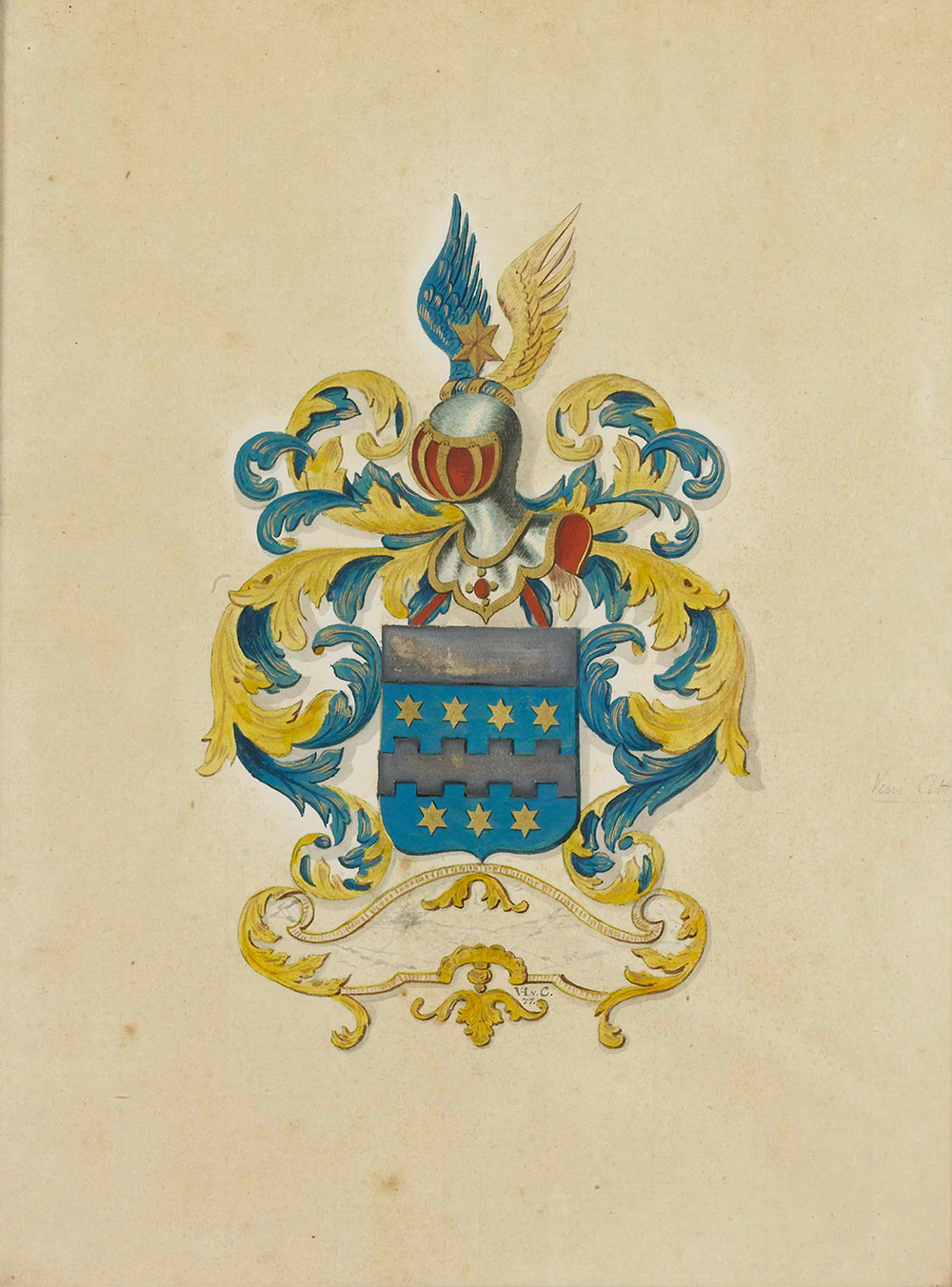 The stars represent honor, while the crenellated ordinary symbolizes a castle or fortress. Via/ Unsplash