Just before Halloween in 1938, during the golden age of radio, a startling series of news reports sent the nation into a tailspin. At least, that’s what we’ve been told. The panic that has for decades been sold to us as real might have been as fake as the radio show that inspired it. The truth is that Orson Welles’ The War of the Worlds radio drama, while shockingly well-produced for the era, was only heard by a small number of people that night in 1938. 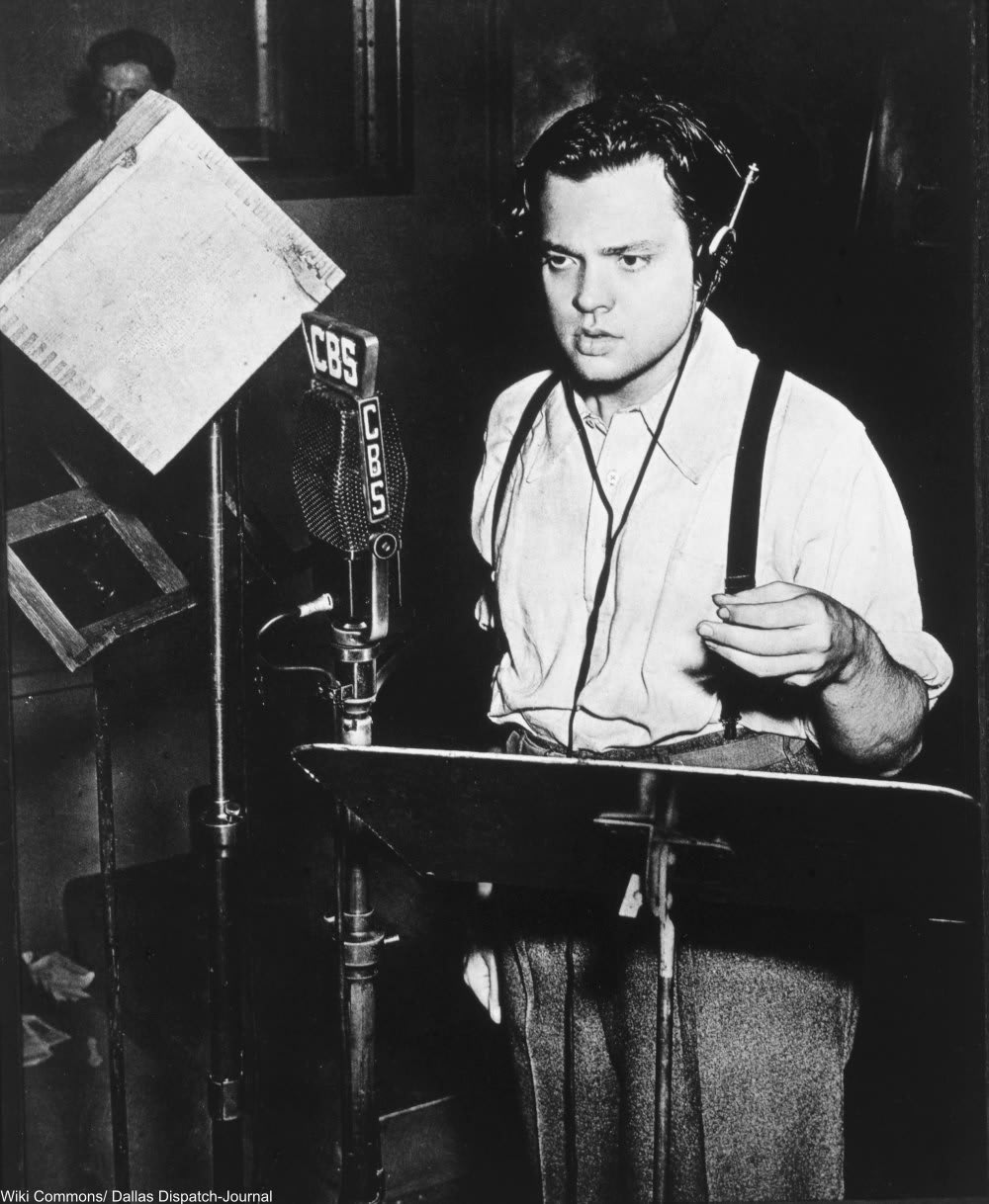 Some of the details of the mass hysteria that listeners were in was highly fictionalized after the fact. People didn’t really go looking for aliens to shoot. However, many listeners did actually call in to radio and police stations to comment on the realism of the show and to find out where they could donate blood, which would be badly needed if there actually were panic in the streets.

Folks who had initially been taken in by the radio play were no doubt angry that the show had been so realistic at first. But, many people understood it was just a scary story aired for Halloween, as the air date was Oct 30th.

Even so there were warnings part way through the program specifically so that no one would think it was really an alien invasion. Due to the format of the show, it would be necessary make sure listeners new that that fake news announcements on the show were not indeed real news. These announcements made sure folks could differentiate between fiction and reality.

Furthermore, the total number of listeners to the show was rather low that night as a competing radio program, The Chase and Sandborn Hour, was playing at the same time and was featuring that night the beloved actress, Madeline Carroll. Not that many people even heard The War of the Worlds broadcast, let alone enough to cause a full-blown panic.

Fake news wasn’t the media catchphrase back then that it is today, but the radio sponsors and stations certainly didn’t want to get anyone confused. There was a very clear announcement at the beginning of the broadcast that The Mercury Theater on the Air was performing an adaptation of the H.G. Welles story first published in 1898!

So where did this idea come from? Well, the hype about how people reacted to the broadcast came mostly from newspapers. The print media reported a range of outlandish reactions to The War of the Worlds radio show in the days that followed the broadcast, as radio was the main competitor of newspapers at the time. 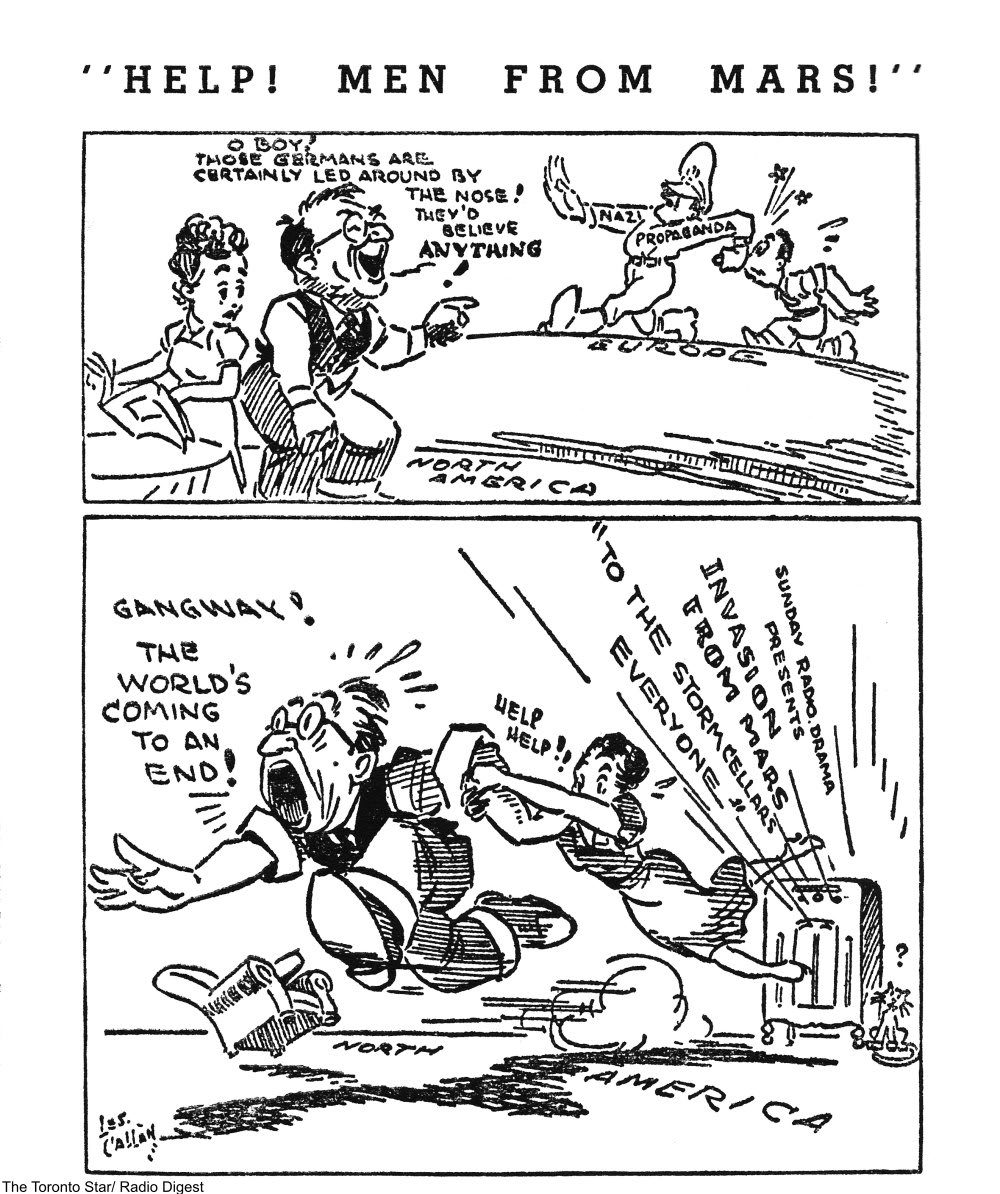 The 1940 book Invasion from Mars further disseminated many untrue facts about the incident, including over-speculated numbers of listeners and dramatized (or completely false) reactions from the public. This book held the false panic as a matter of sociological record for later generations.

When questioned by newspapers, Orson Welles replied “We just can’t understand why this should have such an amazing reaction. It’s too bad that so many people got excited, but after all, we kept reminding them that it wasn’t really true.” Welles, like much of America, was under the impression that mass hysteria had overtaken many cities and towns. Little did those reporters know then that they were cementing Welles’ place in history by creating the mass hysteria story. 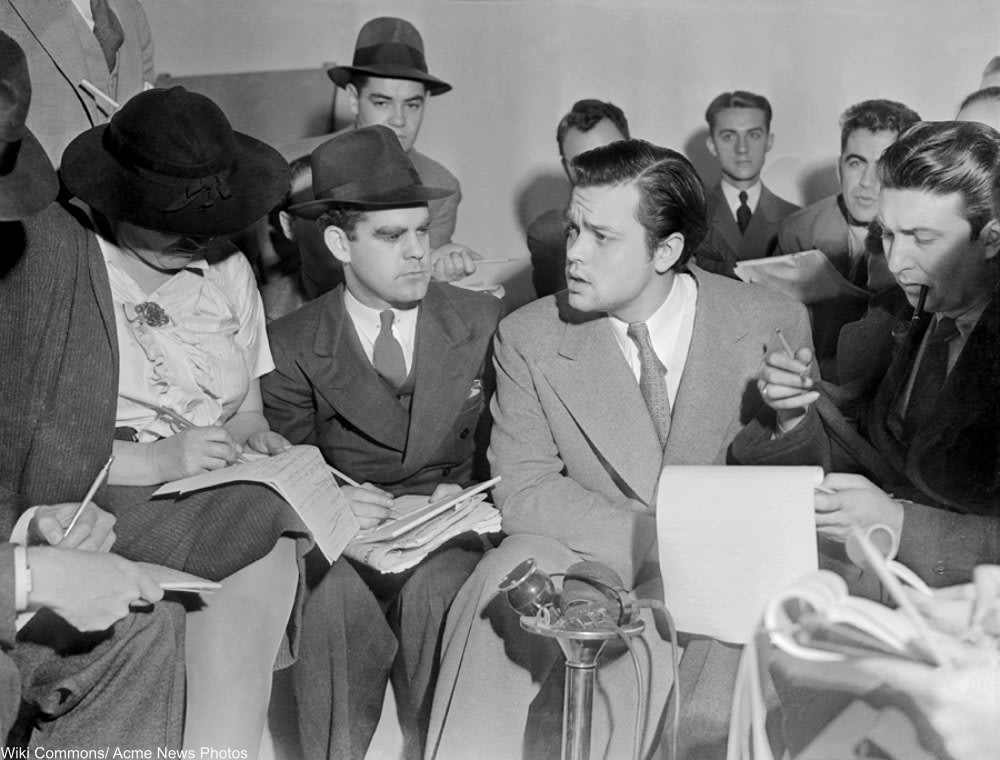 Welles being interviewed by the press after The Wars of the Worlds panic. Via/ Wiki Commons

Reports of people dying from heart attacks that night have never been verified. After the fact, it was reported that people shot at water towers thinking they were alien invaders. Illustrations from the early 20th of the H.G. Welles’ story would certainly have given inspiration to newsmen who were looking for some good lines for their stories, since they resembled water towers.

Subsequent research has revealed that residents in areas where water tower shootings had been reported were actually quite calm that night, and almost certainly would never have mistaken a landmark they saw everyday for a “fighting machine” (or tripod as they were also referred to). 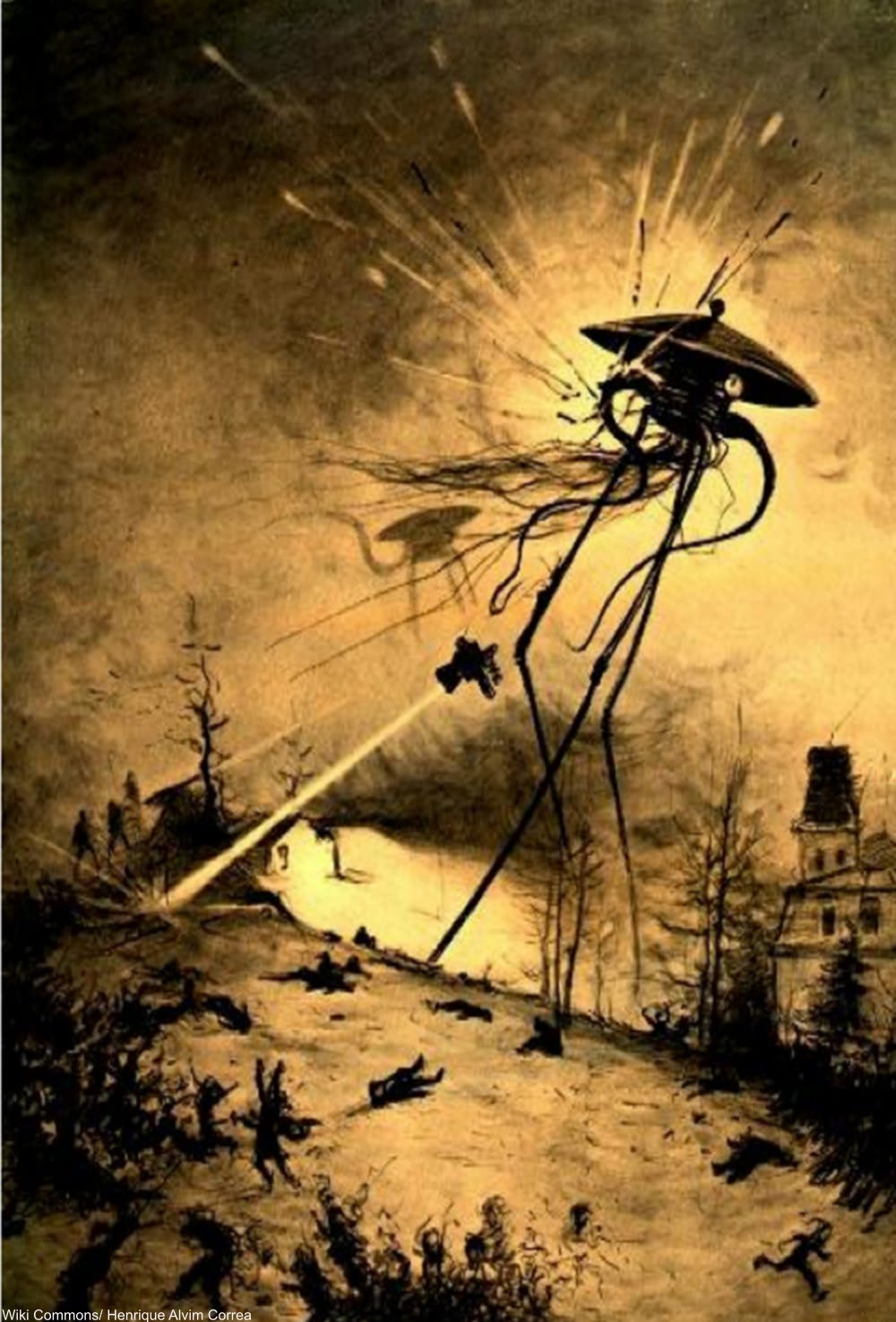 Newspapers falsely reported the panic over The War of the Worlds because it was a chance to attack radio, which had been steadily eating into newspaper profits for years, and which was fast becoming the preferred news and entertainment medium of the era. No one could have predicted that television (and later the internet) would eventually surpass both.