Bog mummies were once a rare find, hailed by the archaeology community as uncommon specimens of another age. And the examples have been extraordinarily well-preserved thanks to very specific conditions that await corpses thrown into bogs during the right time of year. But, the nature of the bogs, as well as the way in which peat moss is harvested, have all impacted what we know about bog bodies. The truth is that there are at least 1,000 ancient bog mummies reported throughout Europe, making them much more common than we previously thought. And, looking through the causes of death, it seems the bogs have some very dark secrets to share. 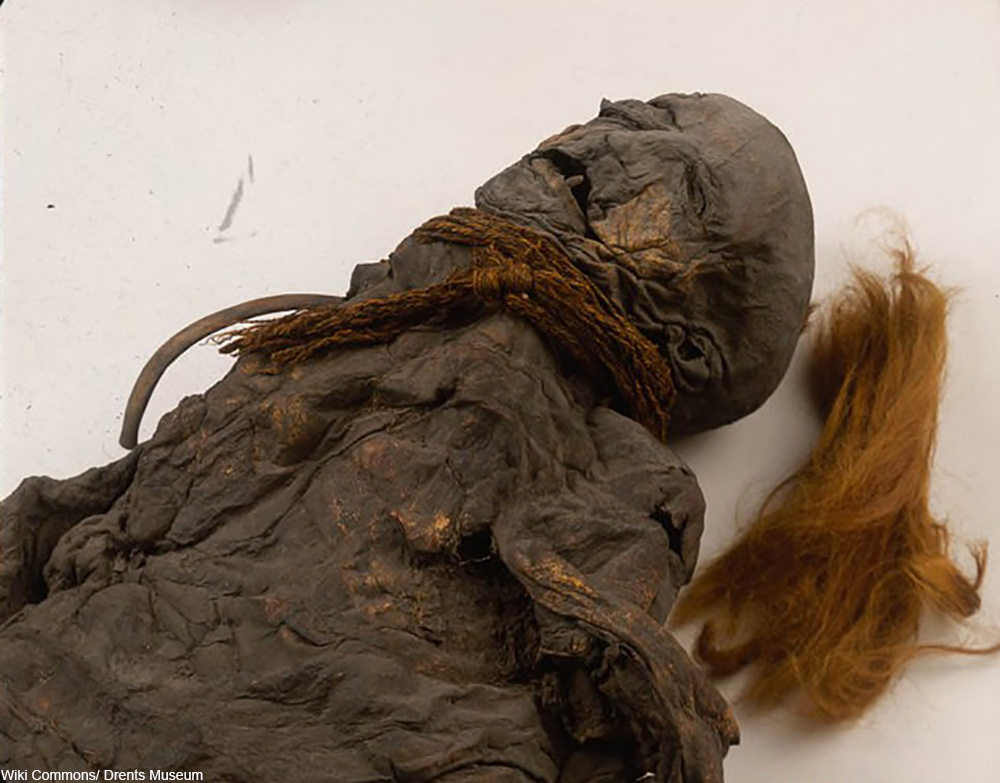 Yde girl, found in the Netherlands. Via/ Wiki Commons

Bogs preserve bodies so well for a number of reasons. Bogs were once lakes into which decayed vegetation has fallen, filling the crater with organic mass. As things fall into the forming bog, they are denied the oxygen which would make them decompose normally. This lack of oxygen, combined with the acids from sphagnum mosses that grow on the surface of the water, create an environment which can preserve hair, nails, even internal organs while often effectively tanning the skin of the corpse at the same time.

It’s a scientific wonder, but it’s not as rare as we once thought. Bogs appear naturally all over Europe, from the British Isles to Sweden to Germany to Estonia and Russia. But, something unites these corpses. Once examines, in their various states of preservation, they appear to share one cause of death: murder. Some have been hanged, some killed by blunt force to the cranium, which has lead researchers to examine why this could be so. 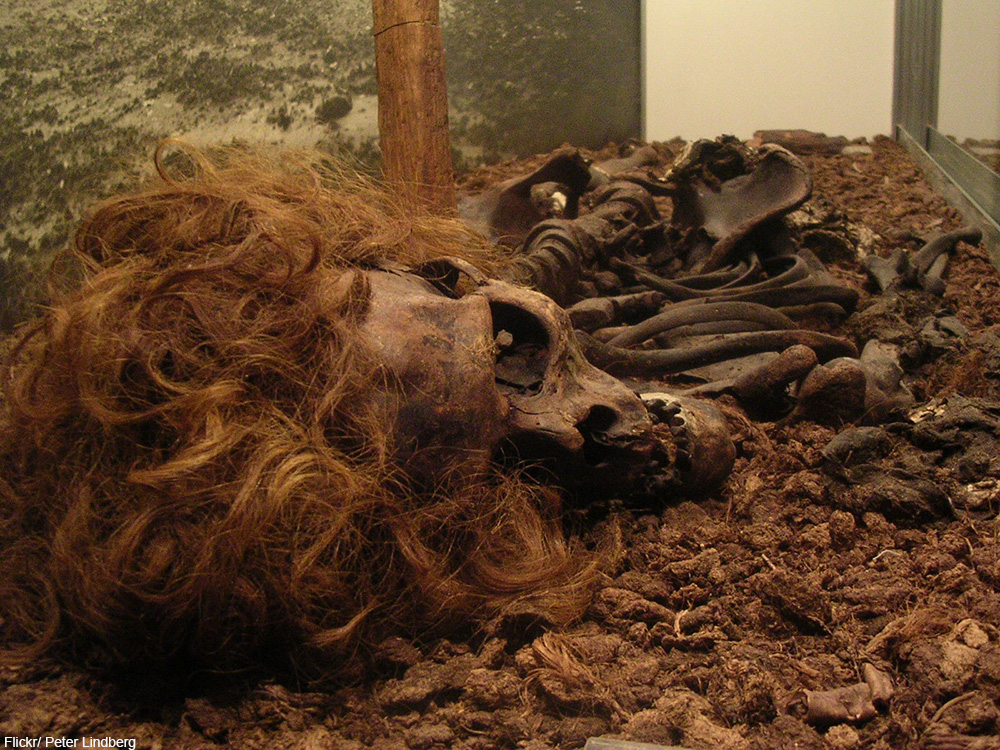 The 2nd century writer Cornelius Tacitus wrote that German tribes, then quite new to the Romans, would bury the bodies of their most disgraced citizens in bogs, adulterers and criminals who had been executed by the community. Subsequent finds back that up with few bog bodies showing an absence of violence.

Bocksten Man, found in 1936 in Varberg Municipality, Sweden, was discovered wearing finery that only a wealthy man could afford. His clothing dated to the Medieval period and he was killed with three forceful blows to the head which fractured his skull. 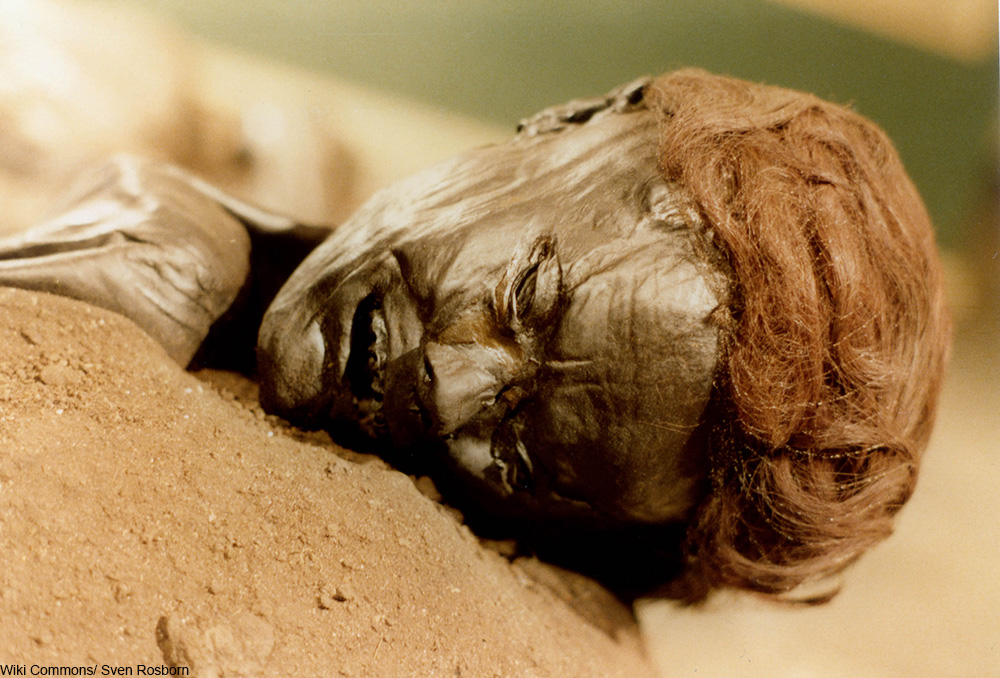 A similar story can be found in the cases of most bug mummies, from the Iron Age Grauballe Man found in Denmark (had his throat slit) to Lindow Man II of Cheshire (stabbed and neck broken) to the Huldremose Woman (her arm nearly severed and rope found around her neck). This last specimen was found with fabulously preserved clothing: a wool plaid “suit” and a fleece hide cape. 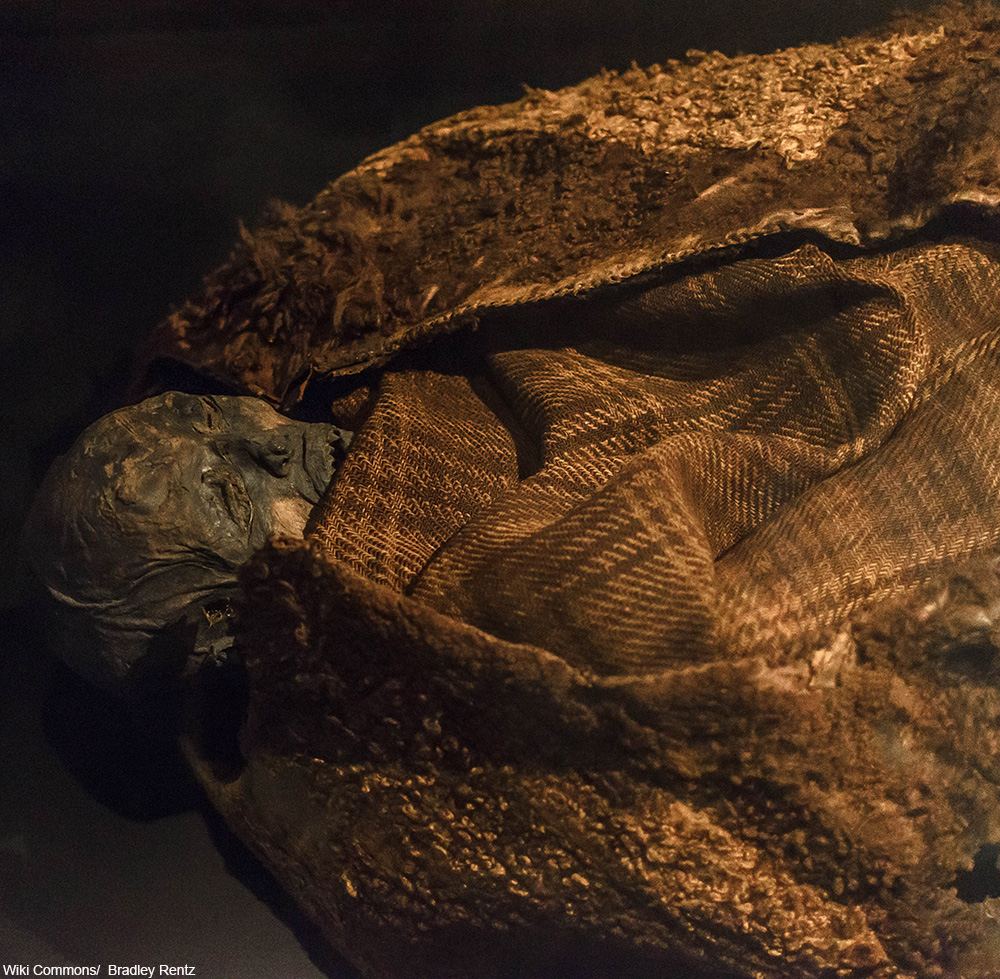 Huldremose Woman in her clothing. Via/ Wiki Commons

These bog bodies, across time and space, were all murdered. While these people may have been convicted of criminal offenses, there may be another explanation as well. One working theory is that these people part of human sacrifice, something which there is now growing evidence of in Europe. Germany’s equivalent of Stonehenge, Pömmelte, shows signs of human sacrifice of women and child dating back to the Bronze Age. But again, there remains some doubt as to whether these people were killed as part of a human sacrifice for religious reasons or if they were part a conflict of some kind.

The harvesting of peat turf for fuel has long been practiced wherever there are bogs, but burning the bricks is becoming ever more rare, as is the collection of turf by hand, which is how most of bog bodies have so far been found. Instead, mechanized peat harvesters can chop up a body quite quickly and workers may not notice until they find fragments of human remains on the conveyor belt. 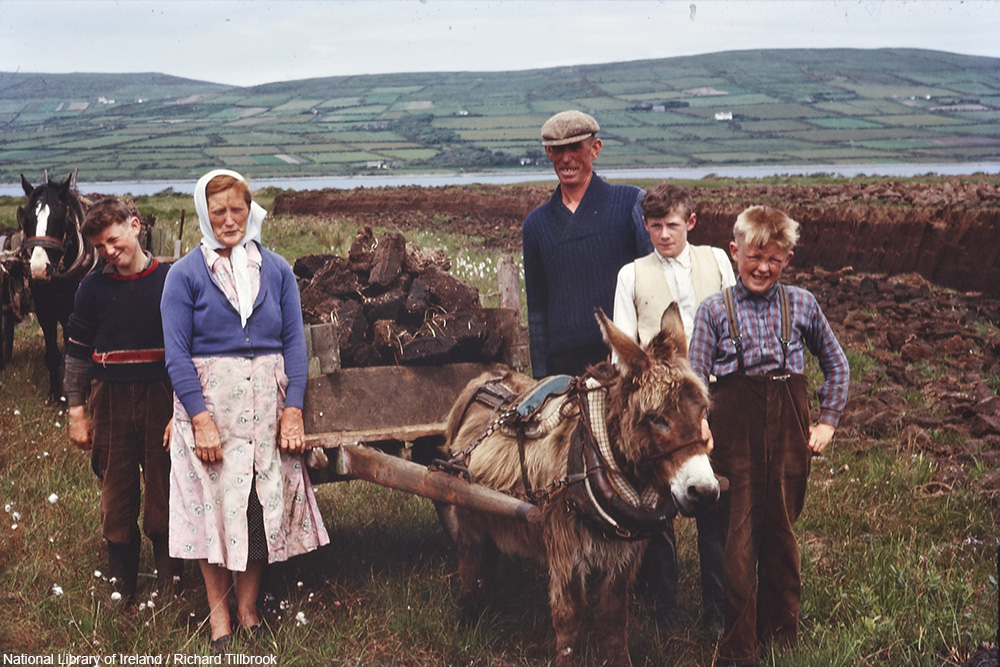 Harvesting in the peatlands in Ireland, where peat bogs make up 17% of the surface of the country. Via/ Flickr

We will likely never know exactly why these people died, but it seems clear the bogs were considered appropriate burial sites for murdered and executed ancient people all across Europe. It’s hard to tell where this pagan belief came from since we know so little about their lives. Some theories claim that these people were sacrificed to be servants in the afterlife for gods and goddesses, while other scholars believe that they could have acted as messengers between worlds.

It remains to be seen how more bog bodies will be found in light of bans of peat harvesting in some areas. But, so far they offer a puzzling look into the past.

The mummy museum of Spain: Click “Next Page” below!