The murder of African American teenager, Emmett Till, and the injustice that occurred during the trial of his killers is often noted as a catalyst for the civil rights movement in the U.S. Till was murdered near the town of Money, Mississippi, in 1955 where the Chicago child was visiting family for the summer. Till’s body was pulled from the Tallahatchie River on August 30th, 1955.

By September of that same year the nation would be swept up in the controversy of the trial of Till’s killers. Till was murdered because he had been accused of flirting with a white woman, a fact which years later was contested by the woman in question. Now a plaque marking the spot where his body was found has to be replaced due to vandalism – for the fourth time. 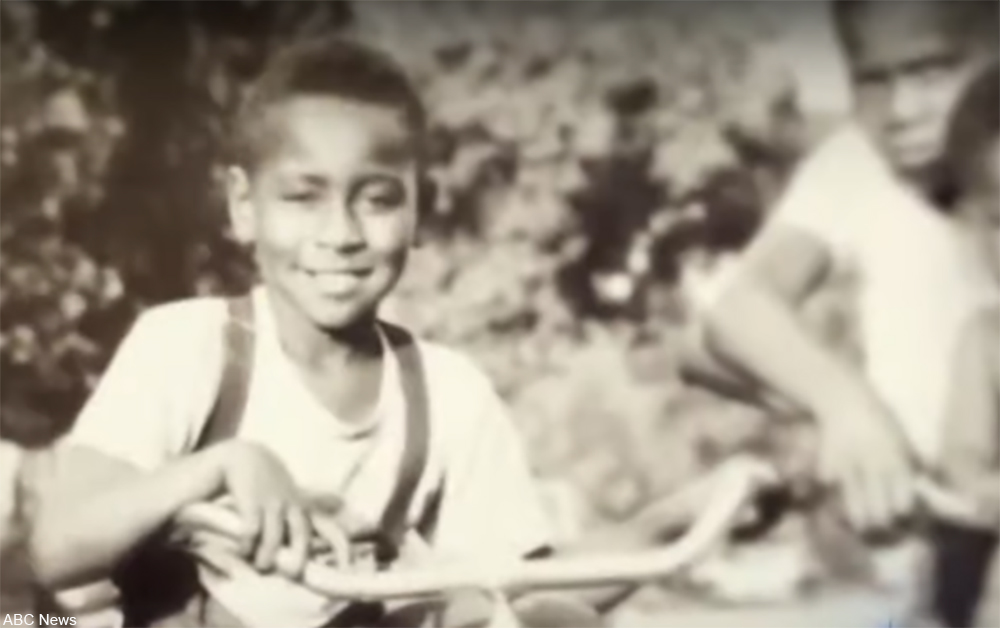 Till was only 14-years-old when he was brutally beaten and then shot in the head. Two of the men who were pronounced innocent in court admitted to killing Till a year after the trial under protection of Double Jeopardy. The case was reopened in 2018 by the U.S. Department of Justice after having been reopened and closed several times with no new outcomes. 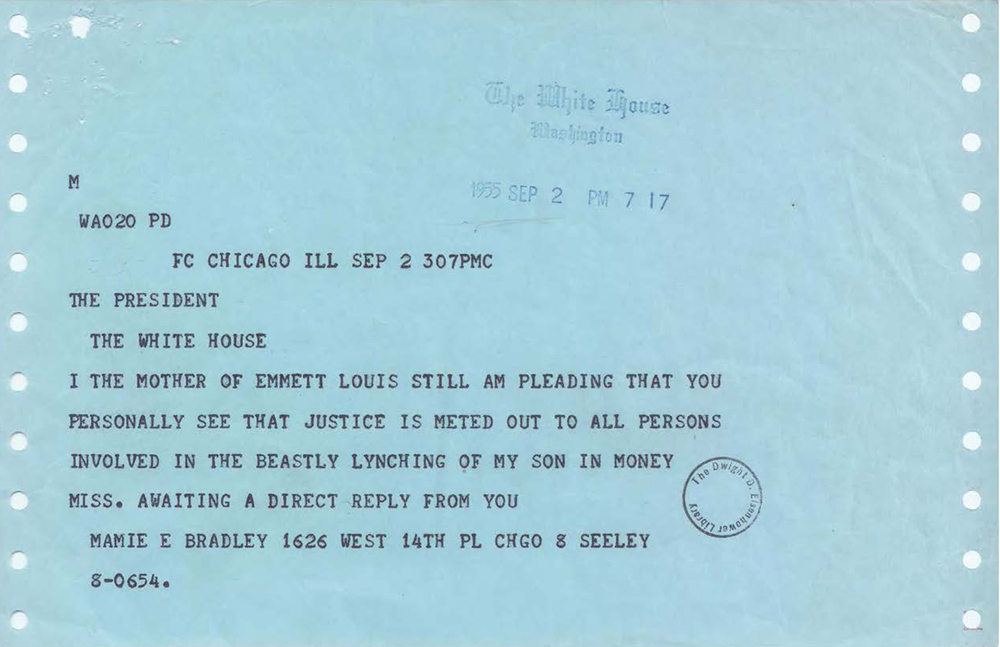 Telegram sent to President Eisenhower from Till’s mother, known as Mamie Bradley at the time, urging justice for the murder of her son. Via/ U.S. National Archives

The metal sign that is now being replaced marks the spot where Till’s body was found. It read: “This is the site where Till’s body was removed from the river. It was then taken to Greenwood, MS. Then the body was sent back to Money, MS, for burial. Via a phone call from Till’s mother, ‘not to bury her son’, the body was then taken back to Greenwood. The body was then sent to Tutwiler, MS, for final preparation to be sent to Chicago, IL.” The words recall the barest of facts about this site, one of many markers placed at various places relevant to the murder and subsequent trial.

The sign was first shot with bullets in 2008 and was replaced after having been dismantled and thrown into the river. A troubling pattern emerged where in the sign was being shot by bullets and replaced with startling frequency. In 2018 the then-new sign was defaced with bullets within 35 days of its placement. At the time, the thinking by local leaders was that leaving the bullet-ridden sign up showed the world how much work there still needs to be done in the realm of civil rights in the U.S. That sign was shot 317 times before being replaced.

Now, the most recent sign (erected in July of 2019) has been taken down and a new bullet-proof steel sign is in the works, paid for by two New York sponsors. This is the fourth sign to be erected in this spot due to vandalism.

Before the sign was removed, three smiling Ole Miss students posed in front of the sign with guns in their hands. The students posted the image on Instagram where it was reported to the university by a concerned fellow student. Following a brief investigation by the college the students were found guilty of no wrong-doing. The school stated that while the three male students’ actions were “offensive” they did not violate the rules of the school. The young men’s fraternity begged to differ and they have since been suspended from their fraternity. In addition to the three men in the photo, two of which were quickly identified, there may have been a fourth person present to take the photo. The students in question may face criminal charges if it is found that they shot the sign themselves. 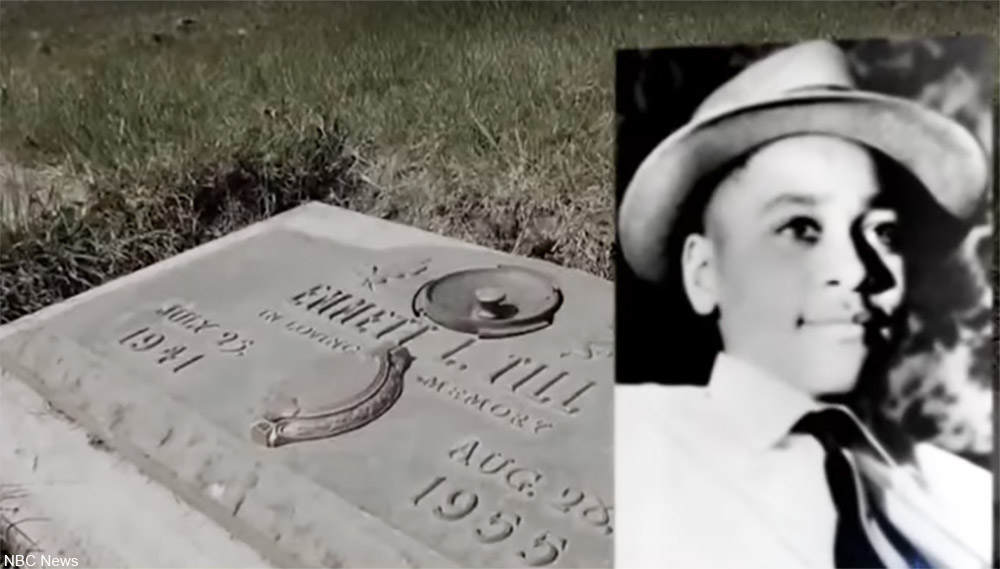 The new sign is anticipated to weigh a whopping 500 pounds and will be under camera surveillance in future. The new plaque is planned to be dedicated in a ceremony on October 19th, 2019, by the Emmett Till Memorial Commission.

Find out more about the incident in the video below.